Accessibility links
Paris Police Fire Tear Gas As Yellow Vest Protests Escalate Protesters set fires in eastern Paris as they marched for the 23rd Saturday in a row. They say the efforts to restore the damaged Notre Dame cathedral are eclipsing their demands. 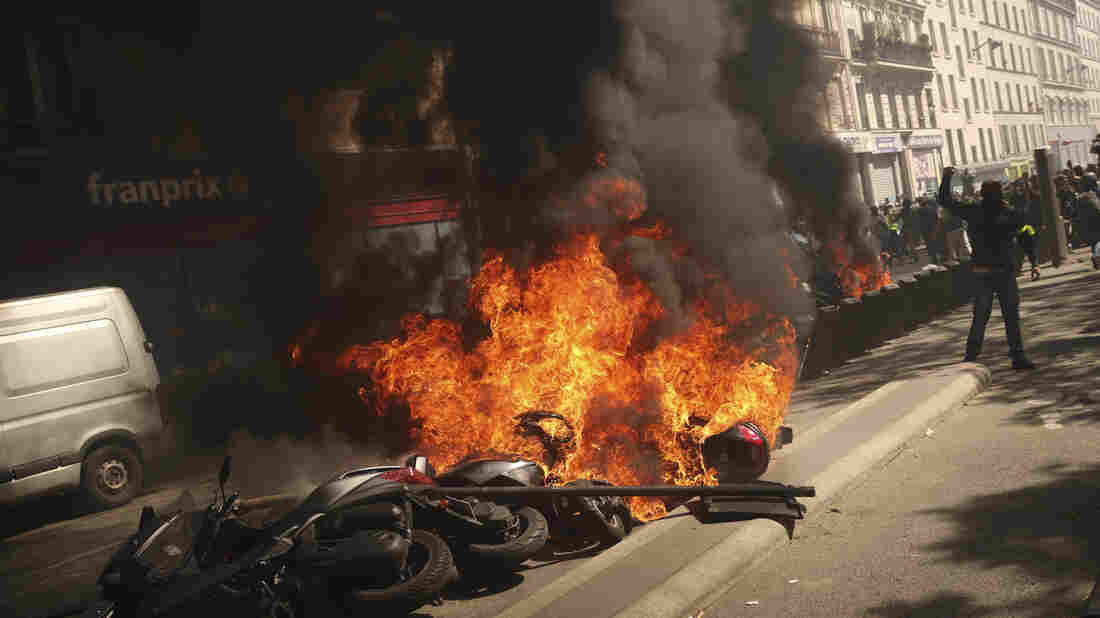 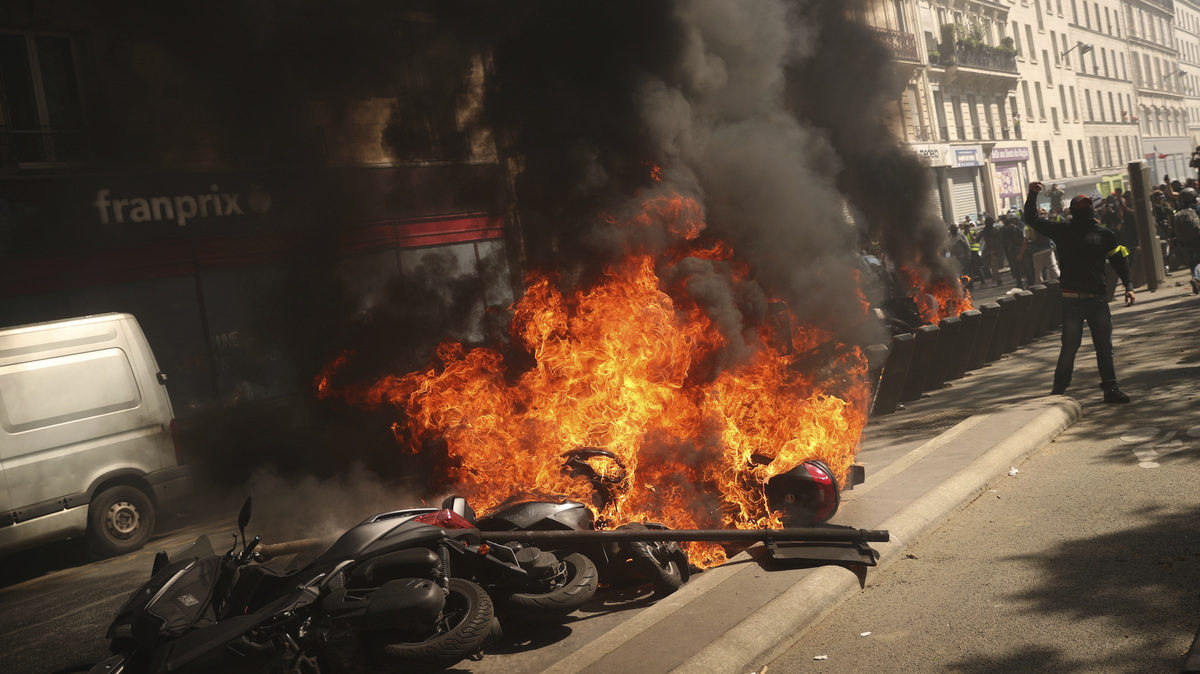 Yellow vest protesters marched — and set fires — Saturday in Paris to remind the government that rebuilding the fire-ravaged Notre Dame Cathedral isn't the only problem the nation needs to solve.

Protesters set ablaze a car, motorbikes and barricades near the Place de la République as they took to the streets of Paris and other French cities for the 23rd Saturday in a row, The Associated Press reported. This time they say they are outraged the government could raise more than a billion dollars to help restore the burned Notre Dame cathedral while their demands to fight wealth inequality remain overlooked.

By late afternoon, police were firing tear gas and water cannons to disperse a tense crowd of several thousand people around France's finance ministry. Firefighters acted fast to put out several small fires in the area. NPR's Eleanor Beardsley reports from the scene that emergency personnel carried out the wounded on stretchers.

French police detained 189 people and took 110 into custody. The Interior Ministry says there were 6,700 protesters in Paris and more than 10,000 across the country.

Activists have marched in the streets every Saturday since November urging French President Emmanuel Macron to respond to a social crisis that has crippled the working class and elderly in France.

Protesters were banned from the Île de la Cité, the site of Notre Dame, and other major thoroughfares in the city. Some 60,000 police officers were dispatched across the country.

Protesters are calling Saturday's demonstrations their "second ultimatum" against Macron and his government. The night Notre Dame caught fire, Macron canceled a speech to propose solutions to the Yellow Vest movement. He is expected to hold a press conference on Thursday.

While the number of protesters have dwindled in recent weeks, French officials had warned that the marches could attract more protesters following the shock and sadness of the Notre Dame fire. Many protesters were set off by how quickly French billionaires pledged funds to restore the damaged cathedral, while many working class people in France struggle to pay their bills.

An earlier version of this story misspelled Emmanuel Macron's first name as Emanuel. The story has also been updated to clarify that 60,000 police officers were dispatched across France, not Paris.