Accessibility links
Ramy Youssef, In A New Hulu Comedy, Is A Different Millennial American Muslim A new TV series from the comedian Ramy Youssef — based on his own experience growing up as an Egyptian American in New Jersey — is trying out some different first-generation narratives. 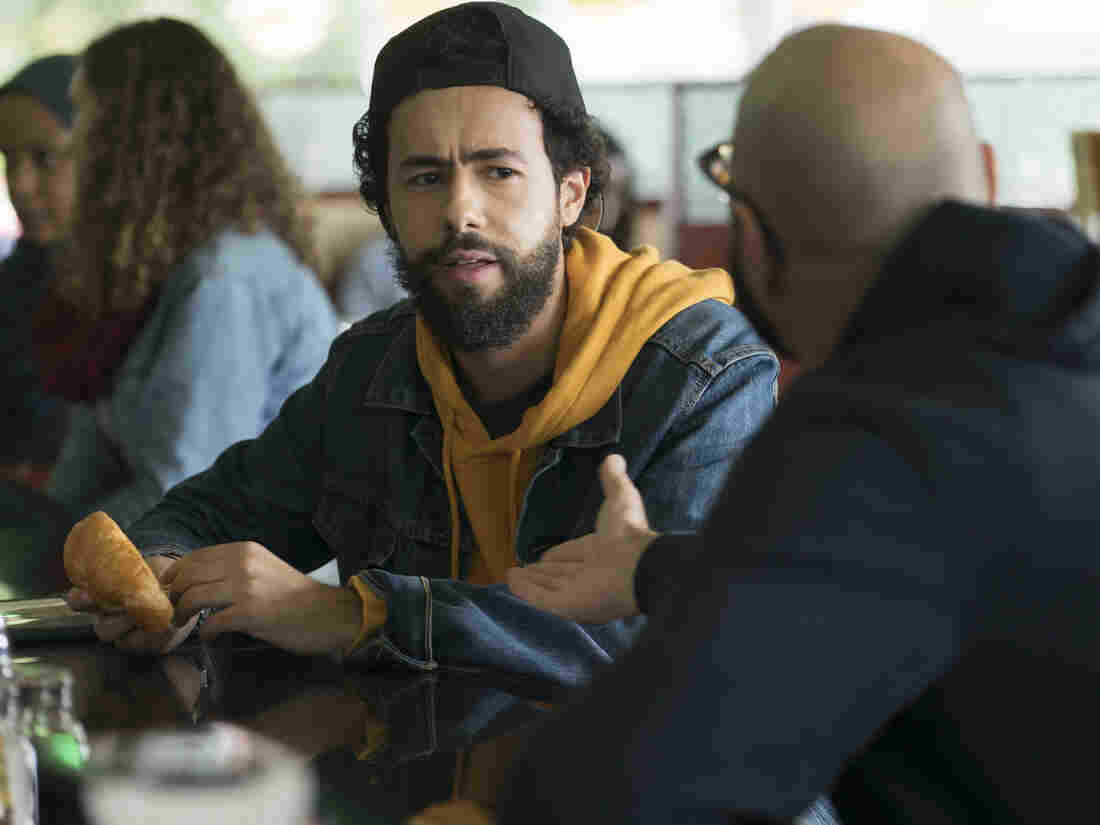 In Ramy, comedian Ramy Youssef plays a character based on his own experiences growing up as a Muslim and first-generation American in New Jersey. Barbara Nitke/Hulu hide caption 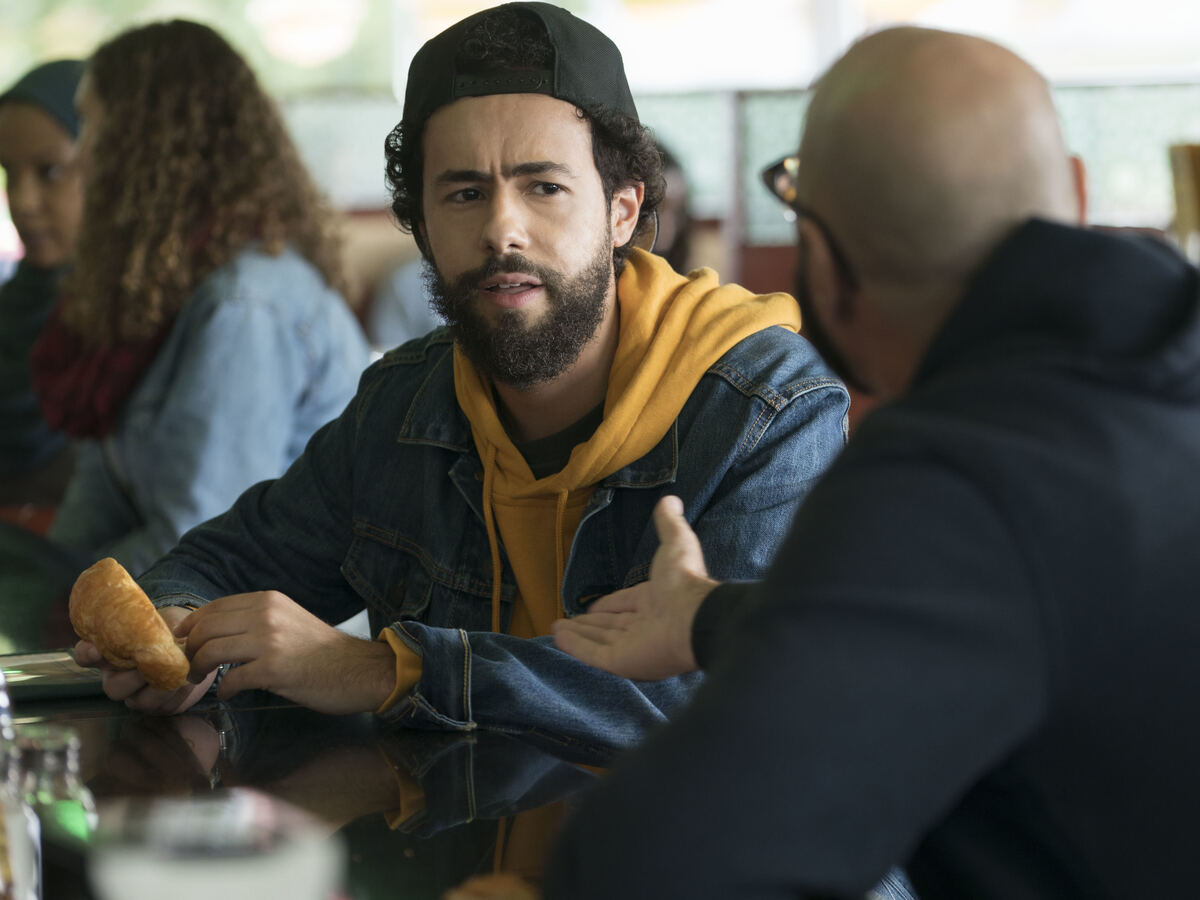 In Ramy, comedian Ramy Youssef plays a character based on his own experiences growing up as a Muslim and first-generation American in New Jersey.

Stories of first-generation Americans tend to stress the same struggles. How do you fit in with your peers when your parents aren't assimilating? How do you balance your instinct to rebel against your parents with your awareness of what they sacrificed to get here?

A new TV series called Ramy addresses many of those issues. Its namesake character is an Egyptian-American millennial in his 20s grappling with being a practicing Muslim. He's also struggling to blend his religious beliefs with 21st century life in the U.S: praying, dating, working, drinking, relating to your parents. It's complicated.

The show is out on Hulu, and it's co-written and co-created by Ramy Youssef, an actor and stand-up comedian. He based the main character on his own experiences growing up in suburban New Jersey as a Muslim who considers himself religious.

"I would say it's all very emotionally true," Youssef says. "I tried to imagine a character that didn't have a creative outlet. In real life, I have these creative outlets, and I have really clear conversations with my parents. But this is a little bit removed from that, and just a little bit more at the base level of emotion. So he's a little more stunted, and I wanted to write from that place."

Well, I think that we face just some different economic things. I mean, I think a lot of the pressure that happens in this show is about money. I mean, we see my character kind of forced into this relationship with his uncle, this family member that is pretty intolerable. But it's clear that the only reason he hangs around is because he has money, and he has this influence over the family. And so you see somebody who is trying to do good and be good and figure out what that means to him morally. But he's also pressed to kind of accelerate his life.

On the cringeworthy uncle Naseem character

For the record, he's also racist and homophobic and Islamophobic. So he is all of those things. And absolutely, I think that the show isn't going to sit for everyone with the approach that we took. And that's OK. There's a lot of — there's, I think, 500 shows on TV this year. So we wanted to take this approach not to be sensational, not to offend for the sake of offending — that's not even really what we're setting out to do. And I think that many people who have watched this show and they see that character, along with seeing the other characters, say, "I know that guy." You know, "I know a Ramy" or "I know an uncle Naseem" or "I have an uncle Naseem, and instead of the racist anti-Semitic thing he says, he actually says stuff about Muslims, or he actually says stuff about black people or he actually says stuff, you know, 'insert group' — and we don't know what to do with him."

And so what we were really looking to do here is to not hide any of these characters, but actually set them up and show them and begin their stories so that we can trace out their arc over multiple seasons. That is very much my intention with the first season of my show, is to plant the seeds of a lot of things that can grow. So there isn't this resolution or instant karma. I think that there's a little bit of an uneasy feeling, and I think that's OK. I think that that's what's really nice about TV, is that things can play out a little bit slower.

On being a religious person, as he joked on The Late Show with Stephen Colbert

I think it's something that I found early on in doing stand-up — that I could just feel a little bit of attention in the room when I started talking about it in an honest way. 'Cause I think church is kind of a punch line, you know? Like, that sounds like the end of the joke, right? "And then I took her to church!" And I think religion has earned being made fun of. I think that religious culture and the industry of religion pretty much deserves most of the heat that it gets.

But I think that there's a human side to why the faiths have continued, and I think that there's some really valuable things, and is my personal belief. And so presenting a character that isn't trying to erase this part of his life, isn't trying to erase his parents' culture and the tradition that he comes from, was what we really tried to do with this show. And I think ... most of the [first-generation] stories that we've seen is somebody fighting to have the ability to just be not like their family, or like everyone that's in front of them. There's almost this subtext of, like, "Hey, I want to be white too, and I have the right to do that, mom." And that that feels like every narrative that's been jammed down my throat as a viewer.

And so what I wanted to show was something that felt more of a internal look at the character being introspective — who is actually struggling to keep his faith in his life, while also take some of the opportunities that are presented to him in the place that he grew up in. 'Cause that's closer to my life.

On dedicating episodes to his on-screen sister and mother 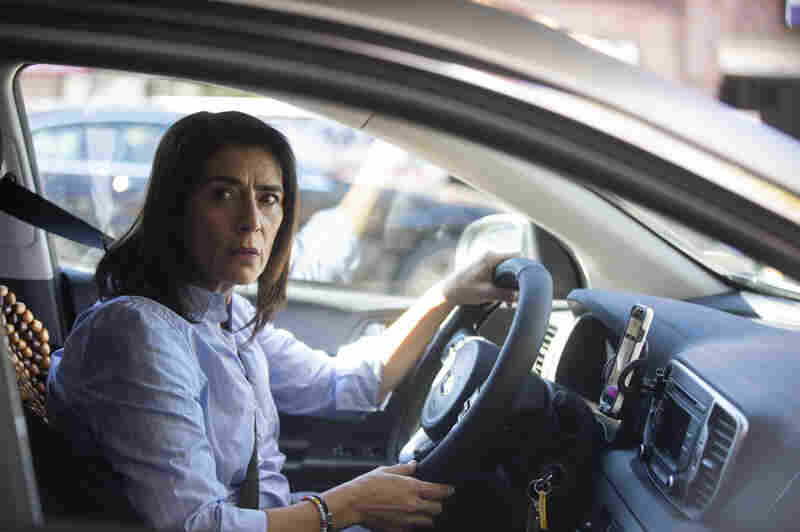 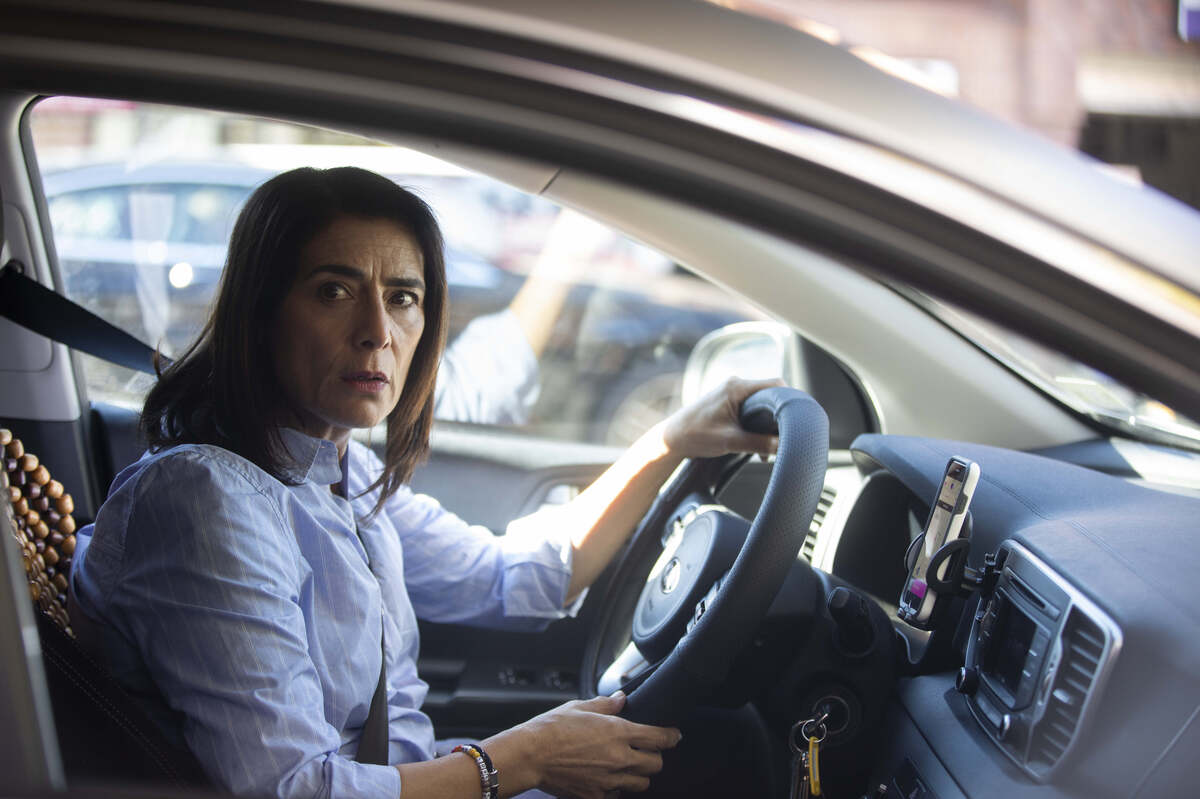 That was something that I fought for a bunch when we were presenting it to the network. But it was really important because I felt like it was the only way you could understand the world. And I think that when we talk about representation, and showing a family that hasn't been seen before, representation isn't three lines in a scene. Representation is actually when the character doesn't have lines, but the camera is lingering on them in their thoughts after something happened, and then we get to see them walk to their car. You really need to follow a character in order to understand what they're going through.

So I didn't want to just play this game where I was checking boxes by giving my sister and my mom a line here or there. I wanted to actually sit with them and experience what they were going through, and I want that to be the tone of this show. So we might not have every type of character or every type of experience — yet. But that's because we want to give it the right treatment and we want to actually represent them.

I just want people to see Muslims as human. That's it. I don't really think that there's much more you could get out of this series, because it's so limited. We're talking about one type of family. To say that all Muslims are like this — to even say that Arab Muslims in North Jersey are like this — would be ridiculous. This is my point of view, and that's why I call the show Ramy. I made the show that I would want to see. So it's only going to hit on certain things.

I just want to complicate the conversation. I want you, instead of thinking of terrorism when you think about a mosque, maybe you can think about the characters in this show. I would love to re-frame certain words in certain settings. But outside of that, even my re-frame is not worthy of where your mind should land. It's just a complication of the conversation.

Eliza Dennis and Natalie Friedman Winston produced and edited this interview for broadcast. Patrick Jarenwattananon adapted it for the Web.