Accessibility links
Seth Moulton Announces 2020 Bid For President Moulton is the fourth House Democrat to join the 2020 campaign. A critic of party leadership, the Marine Corps veteran also adds to the share of 40-and-under candidates in the race. 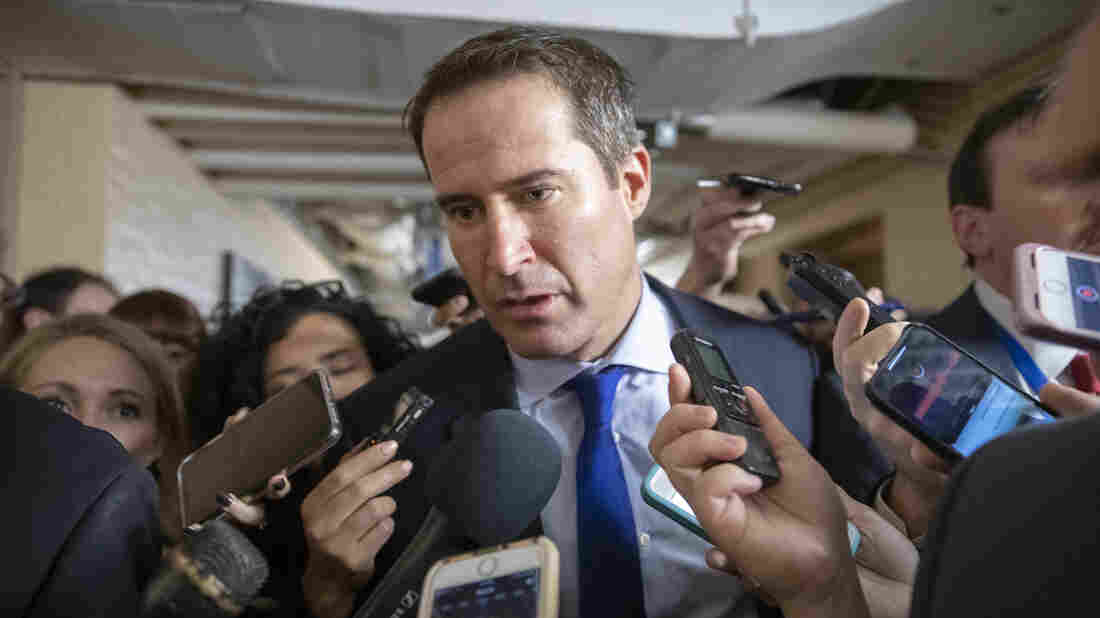 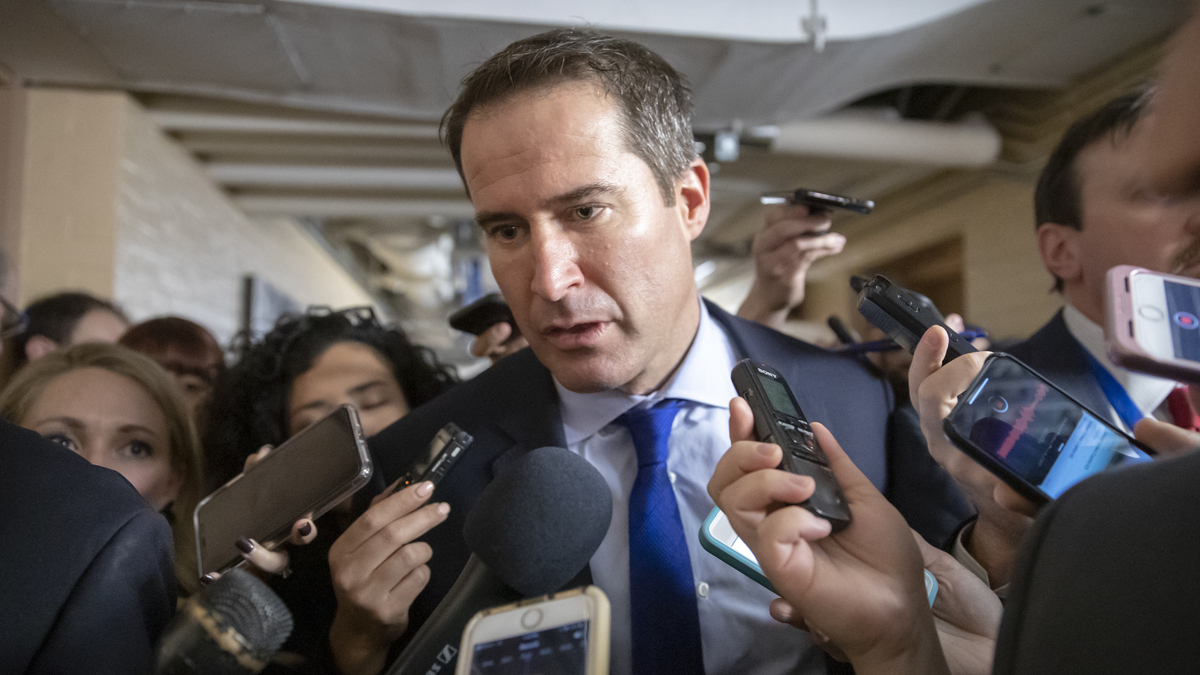 "The greatest generation saved our country from tyranny. It's time for our generation to step up and do the same," Moulton said in an announcement video posted early Monday.

The 40-year-old former Marine Corps captain, who served four tours of duty in Iraq, has been a critic of his own party, especially House Speaker Nancy Pelosi. He was part of a coalition in the House — along with Ohio Rep. Tim Ryan, who is also running for president — that argued Democrats needed a new generation of leaders. Moulton was first elected to Congress in 2014 by knocking off an incumbent Democrat in the primary, arguing a fresh change was needed.

He echoed that argument in a February 2019 interview with BuzzFeed, confirming he was mulling over a presidential campaign because "it's time for a new generation of leadership, and we gotta send Donald Trump packing."

By launching a long-shot White House bid, Moulton may be able to raise his profile to be an even larger part of that younger Democratic generation, but he faces many obstacles in gaining traction in a crowded field that has already found two young, white male candidates to latch on to, in South Bend, Ind., Mayor Pete Buttigieg and former Texas Rep. Beto O'Rourke.

Moulton talks about being inspired to go into politics after serving in Iraq, a war he describes as based on a "lie" about weapons of mass destruction.

"I'm running because I'm a patriot, because I believe in this country, and because I've never wanted to sit on the sidelines when it comes to serving it," Moulton told ABC's Good Morning America on Monday. "That's why I joined the Marines. It's why I ran for Congress to try to prevent what I saw got us into Iraq from happening again, and it's why I'm running to take on the most divisive president in American history, to bring this country back together."

Like Buttigieg, a Navy Reserve officer who served in Afghanistan, Moulton adds military service to the field. Hawaii Rep. Tulsi Gabbard, another presidential candidate of their generation, is also an Iraq War veteran and was one of the first two female combat veterans ever. The last president who had significant military service was former President George H.W. Bush, who served in World War II. Two Vietnam veterans, Republican John McCain and Democrat John Kerry, both won their respective parties' nominations but lost the general elections in 2008 and 2004.

Moulton has advocated for candidates with military experience who are running for Congress through his Serve America PAC, and he backed several Democratic veteran candidates in 2018 who were ultimately critical to Democrats' winning back control of the House. While he has called himself a progressive, Moulton has ranked as one of the most bipartisan members of the House and is a member of the moderate New Democrat Coalition.

Moulton becomes the fourth current House member to try to make the leap to the other end of Pennsylvania Avenue, which has been done only once before — by James Garfield in 1880.