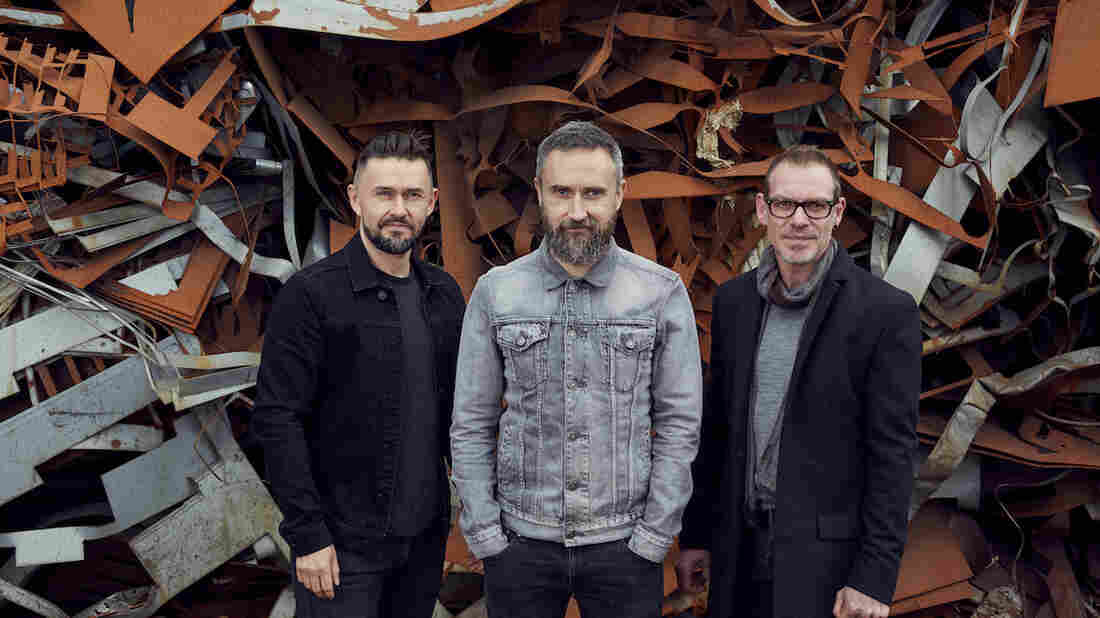 A year after lead singer Dolores O'Riordan died, the remaining members of The Cranberries, Mike Hogan, Noel Hogan and Fergal Lawler, honor her with the band's last album, In The End. Andy Earl/Courtesy of the artist hide caption 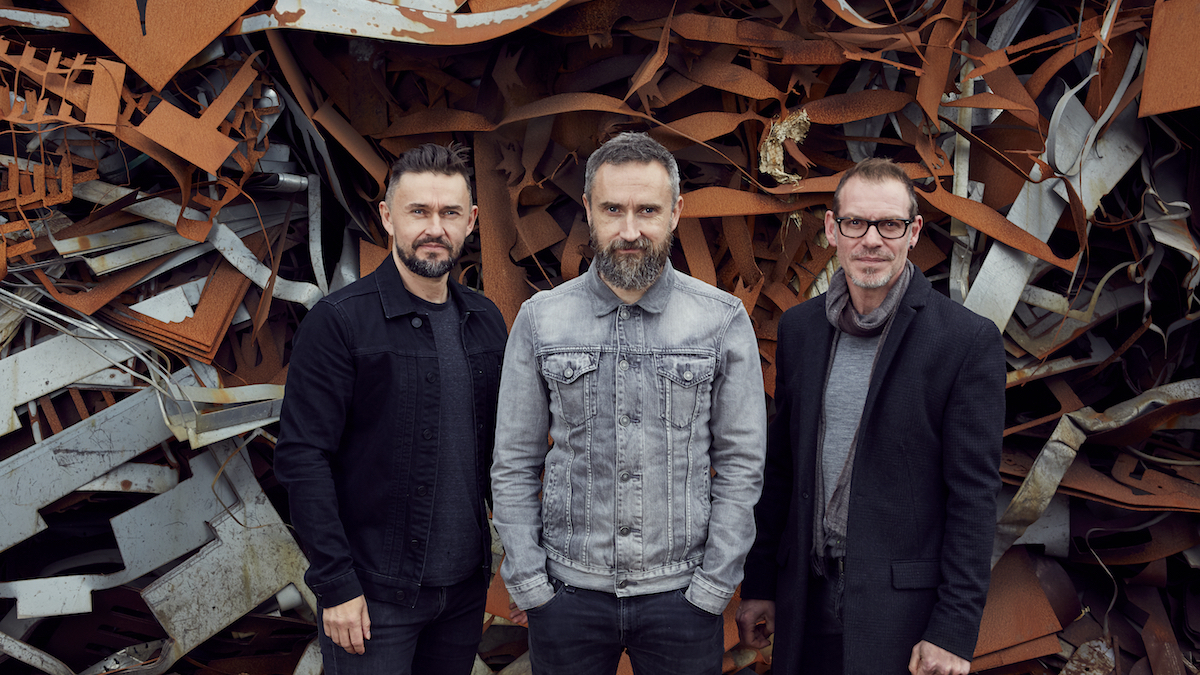 A year after lead singer Dolores O'Riordan died, the remaining members of The Cranberries, Mike Hogan, Noel Hogan and Fergal Lawler, honor her with the band's last album, In The End.

Andy Earl/Courtesy of the artist

Rock fans fell in love with The Cranberries in the early '90s, thanks, in large part, to the haunting, Celtic-inspired voice of the Irish rock band's lead singer, Dolores O'Riordan. The Cranberries, made up of O'Riordan on lead vocal, guitarist Noel Hogan, bassist Mike Hogan and Fergal Lawler on drums, created an intoxicating juxtaposition of grunge and alternative pop, with O'Riordan's lilting lyrics searing through right in. Between her measured vocal power, her honest, vulnerable songwriting and her Irish accent peaking through every syllable sung, O'Riordan helped The Cranberries stand out.

O'Riordan died suddenly in January 2018 at 46 years old and left behind the vocal tracks to what was intended to be the band's latest album. Now, O'Riordan's bandmates have decided to complete that album, In The End — the last album the band will release — in her memory. The Cranberries' In The End is due out on Friday.

Noel Hogan still remembers the day O'Riordan auditioned to be in the band. The guys were looking for a new singer at the time and O'Riordan came in a timid teenager. "She was so small and quiet," Hogan says. "Then she opened her mouth and this amazing voice, this huge voice came out for the size of her."

Hogan knew immediately that she was who they were looking for. The Cranberries' debut album, Everybody Else Is Doing It, So Why Can't We? was released in 1993, propelled by the smash hit "Linger," written by O'Riordan and Hogan. The band rocketed into worldwide stardom, releasing four more albums and solidifying its success with songs like "Zombie" before taking a hiatus in 2004.

In June 2017, O'Riordan and Hogan started emailing album ideas and demos back and forth to each other. O'Riordan had been very open about her struggles with mental health and addiction, which would affect the band at times, but they wanted to make a new album. Hogan says that when they were emailing those demos, she was in a good place. They started laying down her demos. 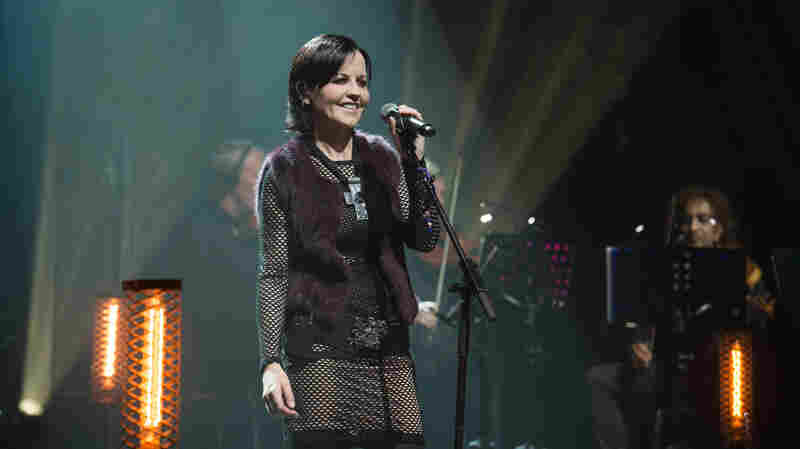 Dolores O'Riordan of The Cranberries performs at L'Olympia May 2017 in Paris. According to Cranberries member Noel Hogan, he and O'Riordan started emailing album ideas in June 2017. David Wolff-Patrick/Redferns/Getty Images hide caption 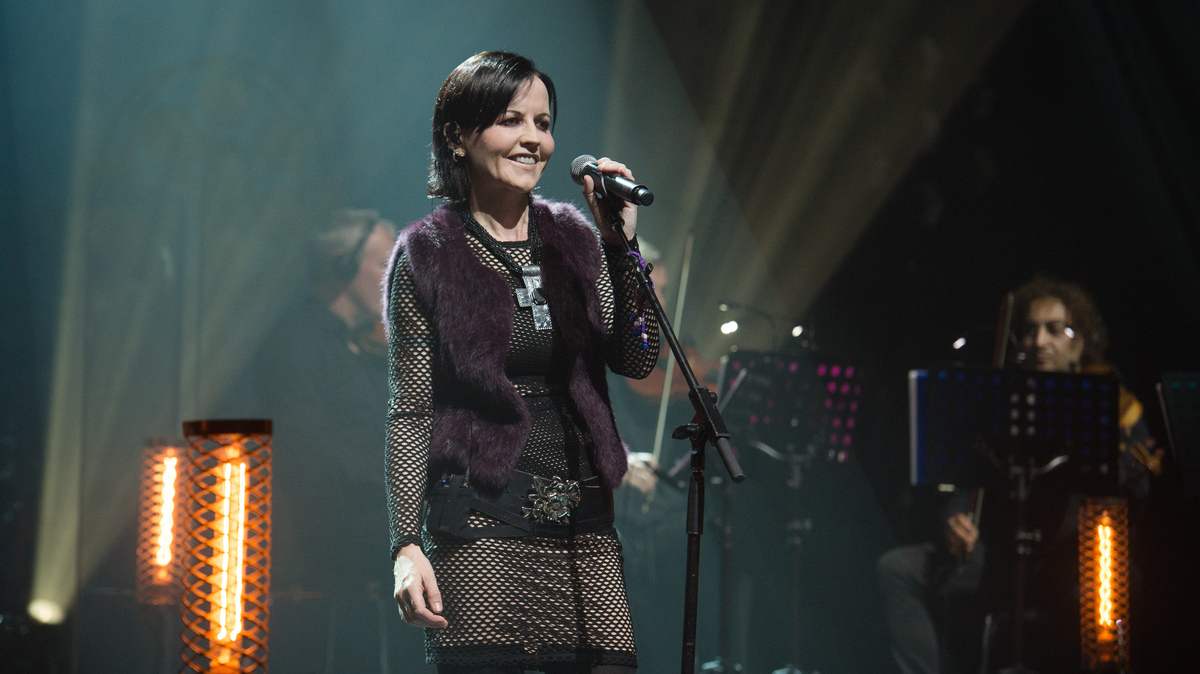 Dolores O'Riordan of The Cranberries performs at L'Olympia May 2017 in Paris. According to Cranberries member Noel Hogan, he and O'Riordan started emailing album ideas in June 2017.

"All of that was kind of behind her," Hogan says. "She's kind of found a way to cope with the mental health thing. That's why she wanted to write so much. That's what she kept saying, 'I have so much to say, I just need the music to put it to.' "

Hogan says O'Riordan's apparent stability is what made her death even more tragic and devastating. (Officials ruled O'Riordan's cause of death to be accidental drowning due to alcohol intoxication.) But after a period of mourning, the remaining band members remembered they still had O'Riordan's demos. As Hogan remembers, they finally had the courage to start listening to them again in late February and, with her family's permission, started recording in April. "We spoke to her family and said, 'Look, how do you feel about us finishing the album?' And they were really supportive," Lawler says. "They were delighted, actually. They gave us their blessing."

Hogan says, in a sense, they were used to O'Riordan not being in the studio when they recorded — "Dolores hated hanging around the studio once we worked on our parts" — but, of course, this time was different.

"It wasn't that long after Dolores had passed away," he explains. "So you had the emotions that were there: Very confused, 'Should I be doing this, should I not?' Every day you go in, you put on your headphones and there's Dolores, singing at you."

The group also agreed that if they ever felt uncomfortable about making the album, they would stop production. After five months of work, the resulting album, In The End, is 11 songs of her legacy. Lyrically, you don't hear much of O'Riordan, but her vocals are so powerful, it feels like she's present throughout each song.

The music of the album touches on many themes — abuse, love and expectations — but to Hogan and Lawler, the most important part of the project is that it represents the new beginning O'Riordan wanted for herself.

"A lot of the songs, when people listen to them, they're going to hear a lot of subject matter that's about things ending and things being over," Hogan says. "That's what she's referring to — that point in her life where things had been not so great. She felt that was behind her, and this was a new chapter."