Accessibility links
Renting Instead Of Owning, And Taking It To The Extreme Many young people participate in the rental economy. They own less stuff than their parents' generation, and they rent or share a lot more. For some it's a choice; for others, a necessity. 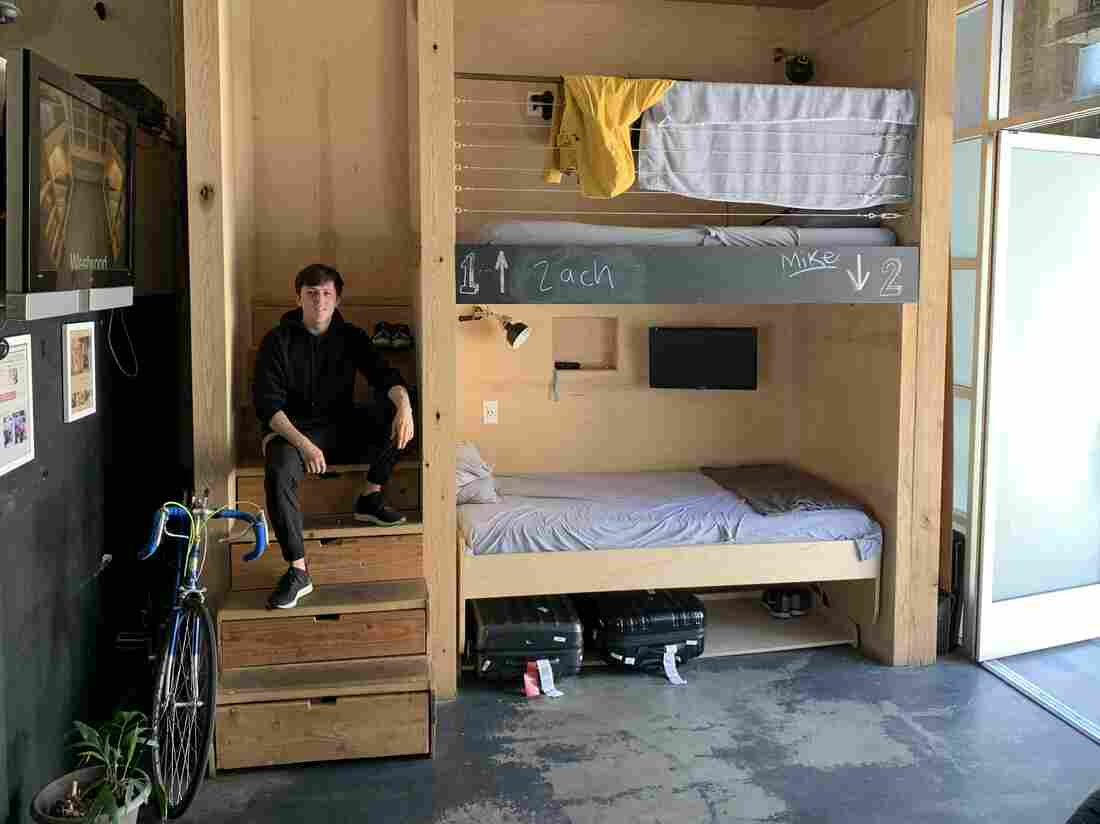 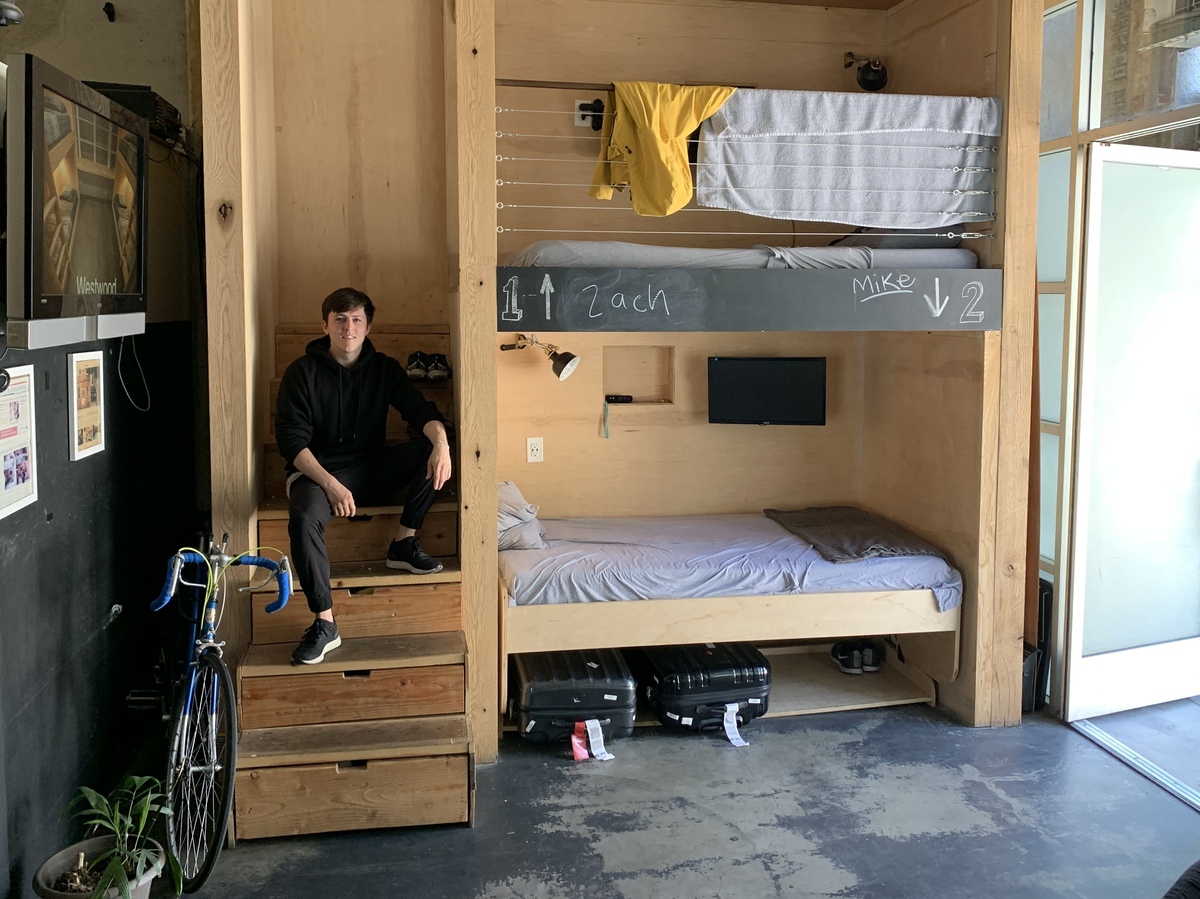 Steven T. Johnson rents a bed at the PodShare in Hollywood, Calif. "When you don't own things, you don't have to keep track of them," he says. "You just show up."

More young people are leaning into the rental or sharing economy — owning less of everything and renting and sharing a whole lot more. Housing, cars, music, workspaces. In some places, such as Los Angeles, this rental life has gone to an extreme.

Steven T. Johnson, 27, works in social media advertising and lives in Hollywood. He spends most of his days using things he does not own.

Can't Find An Affordable Home? Try Living In A Pod

Johnson doesn't even have an apartment, actually. He rents a bed in a large room with other people who rent beds, for nights, weeks or months at a time, through a service called PodShare. All the residents share a kitchen and bathrooms. Johnson also rents a desk at WeWork, a coworking space.

And he says the only clothes he owns are two versions of the same outfit.

Johnson says he owns so little that he has even been able to get rid of his backpack. "I gave that up two months ago," he says.

He says that for him, this lifestyle isn't cumbersome or confusing. "That's what's great," he says. "When you don't own things, you don't have to keep track of them. You just show up."

He's part of a newish group of young people. He is educated and owns his own business. He could be considered well off, but he is also, in a way, homeless. By choice.

There are two big reasons for this shift: the price of housing and student loan debt. A little more than a third of millennials currently own homes, a rate lower than Generation X and baby boomers when they were the same age.

But is there something else going on as well? Does Johnson represent a fundamental shift in American capitalism as we know it?

Skyler Wang, a Ph.D. student at the University of California, Berkeley who studies the sharing economy, says even if young people own less and are less enamored with ownership than their parents may be, they still have a lot of stuff — it's just not tangible.

"I talked to a lot of minimalists," Wang says. "They're the type of people who love to couch-surf. They own like 30 things, but ... they hoard digitally. They have tons of photographs. They have thousands and thousands of Instagram posts."

They still live in an economy of stuff — it's just different stuff. It's experiences.

How do businesses deal with this? For starters, a lot more companies are getting into rentals. Even Ikea is starting to lease its furniture.

The outdoor chain REI announced recently it is vastly expanding its rental program for things like camping gear. Eric Artz, acting CEO of the company, says this requires a different kind of outreach.

"We're selling joy," he says. "We're selling inspiration when you get out on a trail or go for a bike ride. We're selling the adrenaline buzz at the end of a run, and we're just trying to enable that in any way we possibly can."

Juliet Schor, a sociologist at Boston College who studies the rental and sharing economies, says not everyone is in it for the same reasons. Some are doing it just for enjoyment. Some are doing it to move toward transactions that are less corporate and more personal. Others are willing to spend more for convenience.

But a lot rent and share because they're broke and they need to save money.

"I think it's a mistake to characterize them ... with one kind of economic orientation or orientation to money," Schor says.

That makes it really hard to predict whether renting and sharing is our long-term future, or just a fad — even for Johnson, who is totally plugged in to a rental life.

"It's not something that you can do forever, because you do need to have a place that you can genuinely point to and say, this is my home," he says.

(Note: REI and WeWork are among NPR's financial sponsors.)

Toward the end of the audio version of this story, we mistakenly refer to Steven Johnson as Steven Jones.