Accessibility links
Democrats Consider: Is A White, Straight Man The Safe Bet Against Trump? Six months after electing a diverse wave of women to Congress, "electability"-minded Democrats fear the country isn't ready for a woman, person of color or LGBTQ presidential candidate. 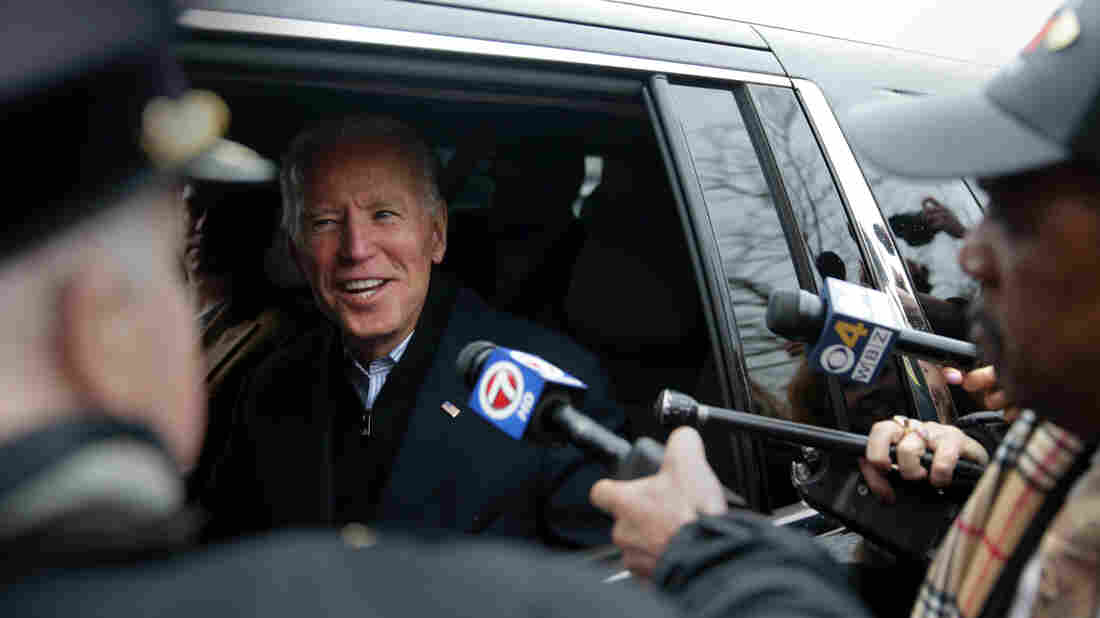 Former Vice President Joe Biden leaves after addressing striking workers at the Stop & Shop in the Dorchester neighborhood of Boston on April 18. He is expected to launch a presidential campaign within days. Jonathan Wiggs/The Boston Globe via Getty Images hide caption 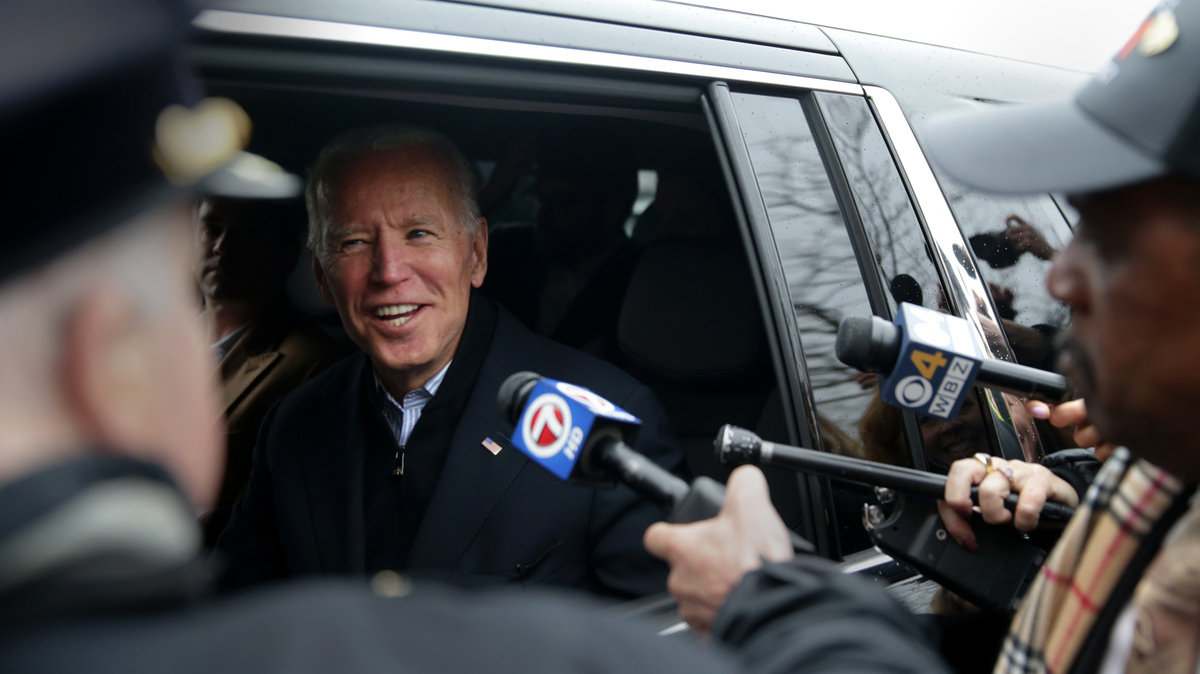 Former Vice President Joe Biden leaves after addressing striking workers at the Stop & Shop in the Dorchester neighborhood of Boston on April 18. He is expected to launch a presidential campaign within days.

Talk to enough Democratic voters this campaign season, and you hear a certain idea over and over.

"I'd love to vote for a woman. I'm not sure that any of the women candidates will make it to the top in the way that I think Biden and Beto will," said Patti Rutka, who turned out to a March event in New Hampshire for former Texas Rep. Beto O'Rourke.

Likewise, Iowa voter Marilynn Leggio said she thought Elizabeth Warren would be a good president. But she added a note of caution: "I think there's a lot of men out there that would never vote for a woman. I hate to say that, but I think that."

Democrats have 19 candidates and counting to pick from ahead of 2020, the most diverse field in American history in terms of gender, race and sexuality. And while they try to pick whom they personally like, they are also doing some serious mental gymnastics around the question of electability — whom their fellow Americans might vote for.

"I have a friend at work — she's like, 'You're not progressive.' She thinks that I don't want a woman president," Burgess said. "I do! But I don't think they're going to do it! And so I can't waste my vote either, because we have to get the orange man out. I'm sorry — orange man got to go." (She was referring to President Trump.) 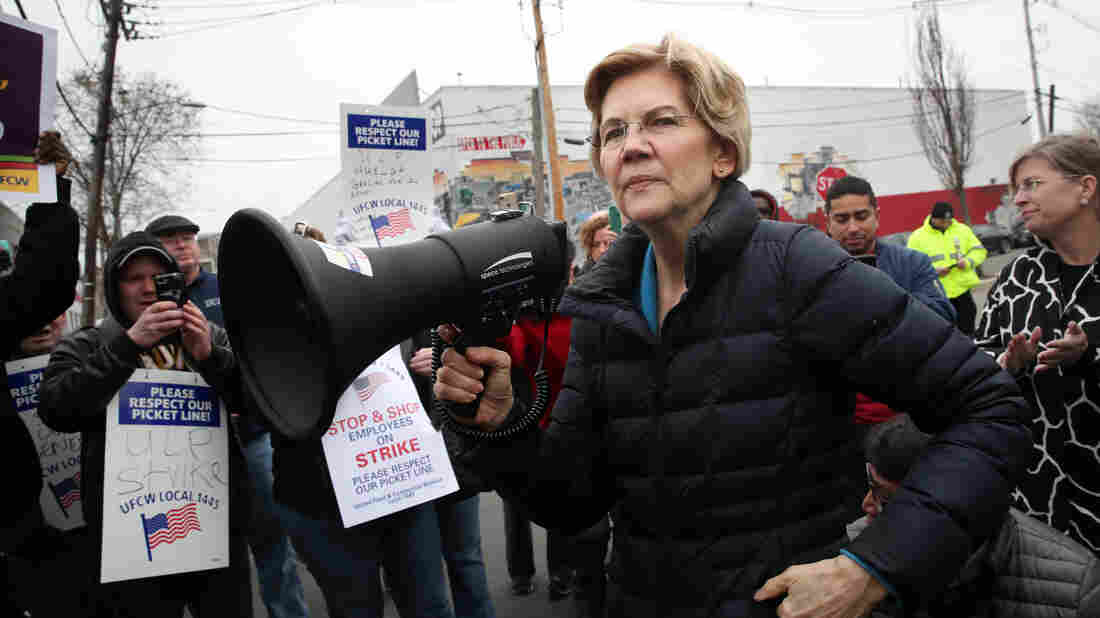 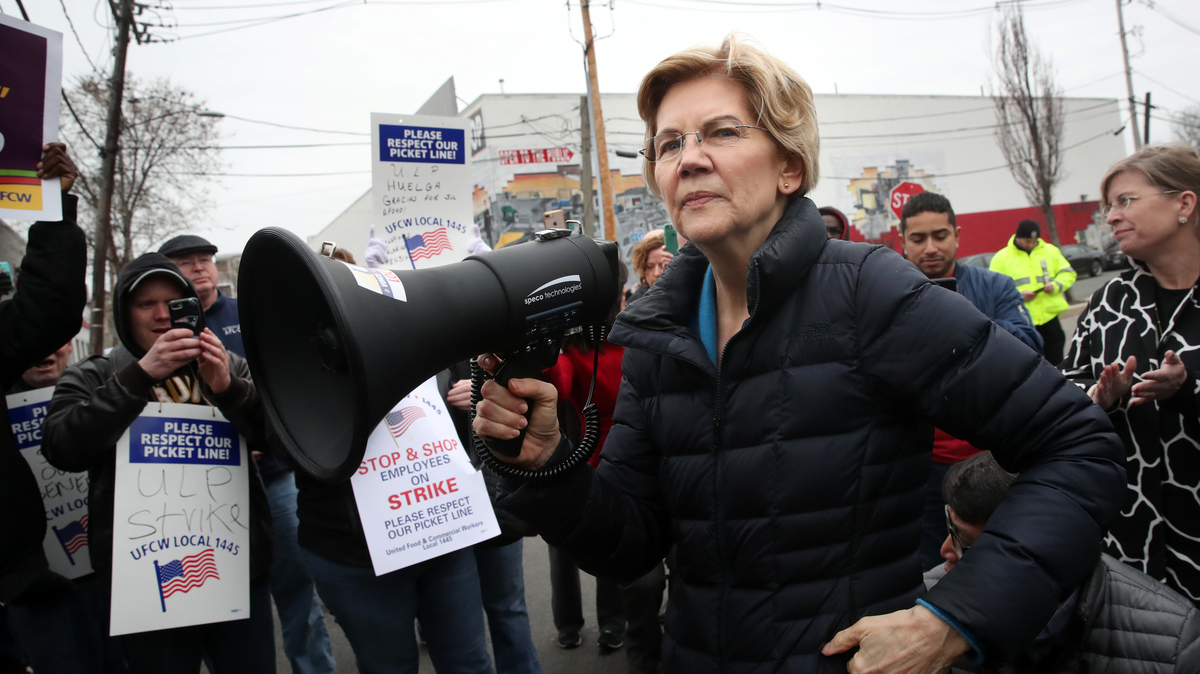 And it's not just about gender. Burgess said something similar about South Bend, Ind., Mayor Pete Buttigieg, the first openly gay candidate in serious contention for a presidential nomination.

Many Democrats are working off one particular data point: When Trump — a white man who very self-consciously portrays himself as hypermasculine, and who had more than a dozen allegations of sexual misconduct against him — defeated the first female major-party nominee. 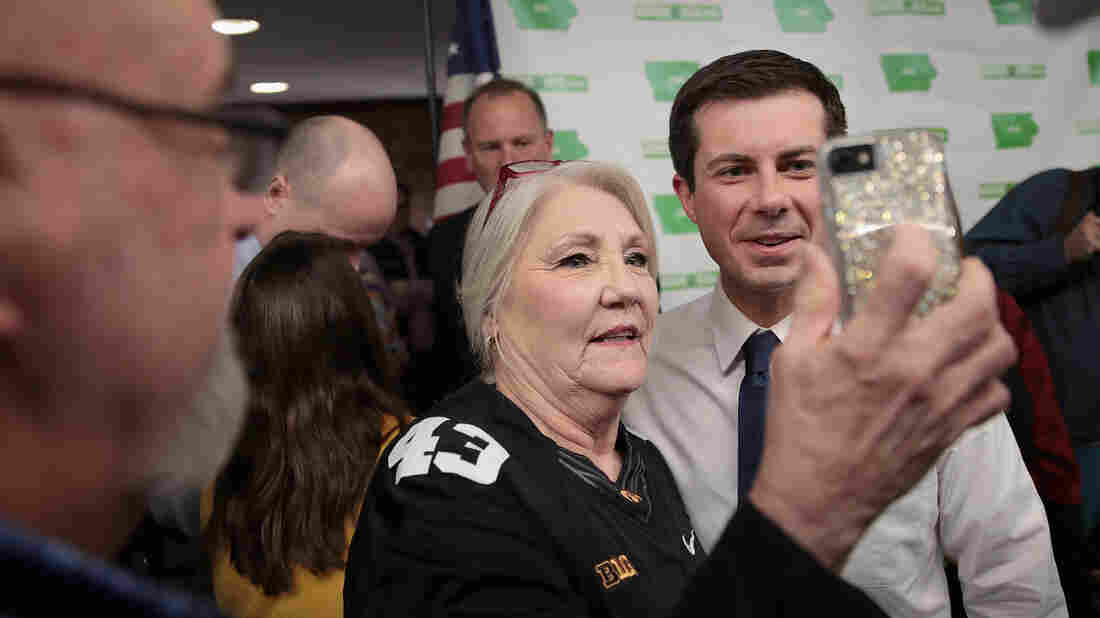 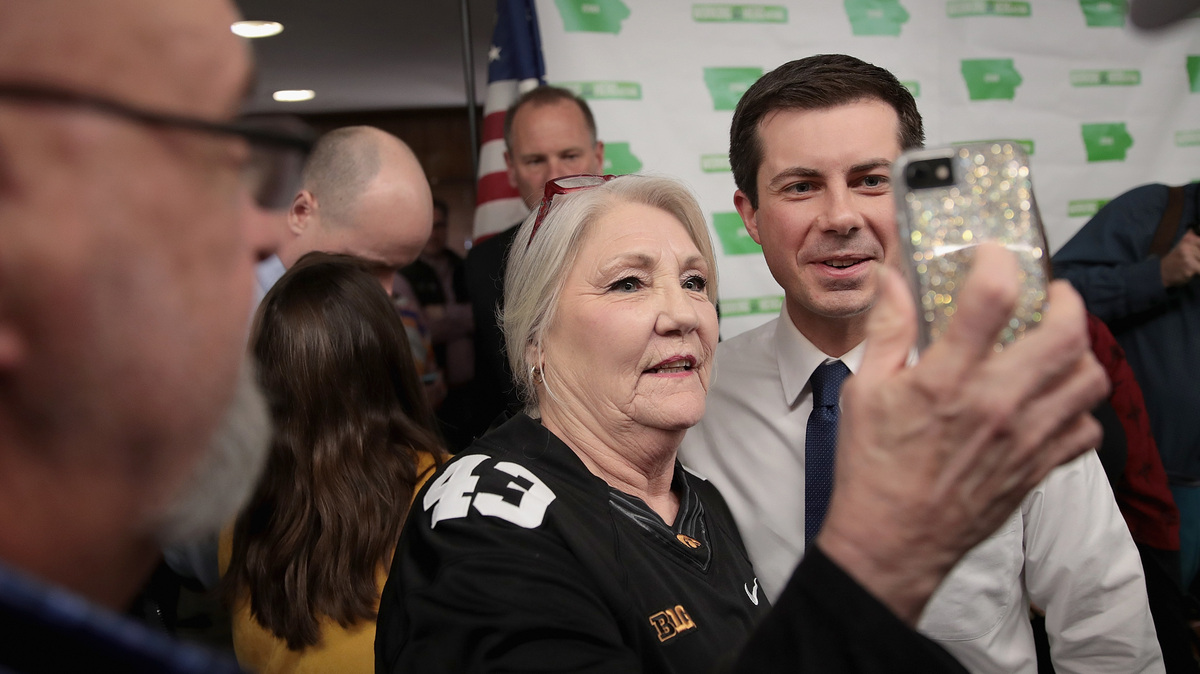 To Rutka, Trump's election was a troubling sign of how her fellow voters think.

"I don't think it's right, but I think that the fact that we have the person in the White House that we do, it is evidence that the country is not quite totally ready for a woman," Rutka said.

Looming over that thinking is the reality of the types of candidates that have proved electable to the presidency in the past. That idea of "electability" is in need of a serious overhaul, according to activists like Aimee Allison, founder of She the People, which promotes women of color in politics and is holding a forum with many of the Democratic candidates this week.

On The 2020 Trail, Male Candidates Grapple With "Identity Politics"

The amount that Democrats are prioritizing "electability" — however they define it — sets 2020 apart.

"It's very unusual," said Democratic pollster Celinda Lake. "Normally in the past, electability is a factor. But usually, people think whoever they like best is the most electable."

In 2016, she says, Vermont Sen. Bernie Sanders' supporters also tended to say he was the best person to beat Trump. Former Secretary of State Hillary Clinton's supporters similarly said the same of her.

But that's not necessarily true this time. And as for what changed, a big part of it is Trump, according to Lake.

"One of the things that has kept this race from really consolidating is that people can't figure out what is the most electable, since many Democrats are mystified that Donald Trump ever got elected to begin with," she explained.

The idea that some Democrats would lean away from nonstraight, nonwhite, and female candidates is striking, especially from a party that just six months ago elected a diverse wave of candidates to Congress — most notably, a record number of women. 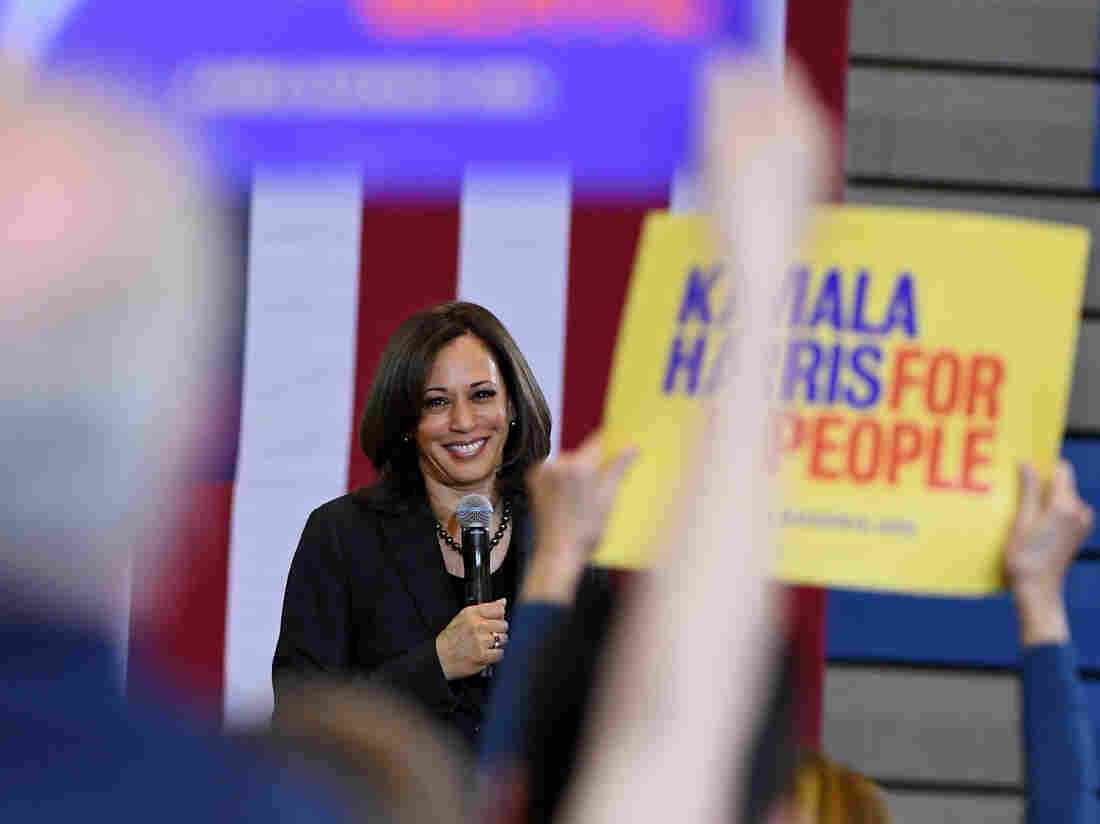 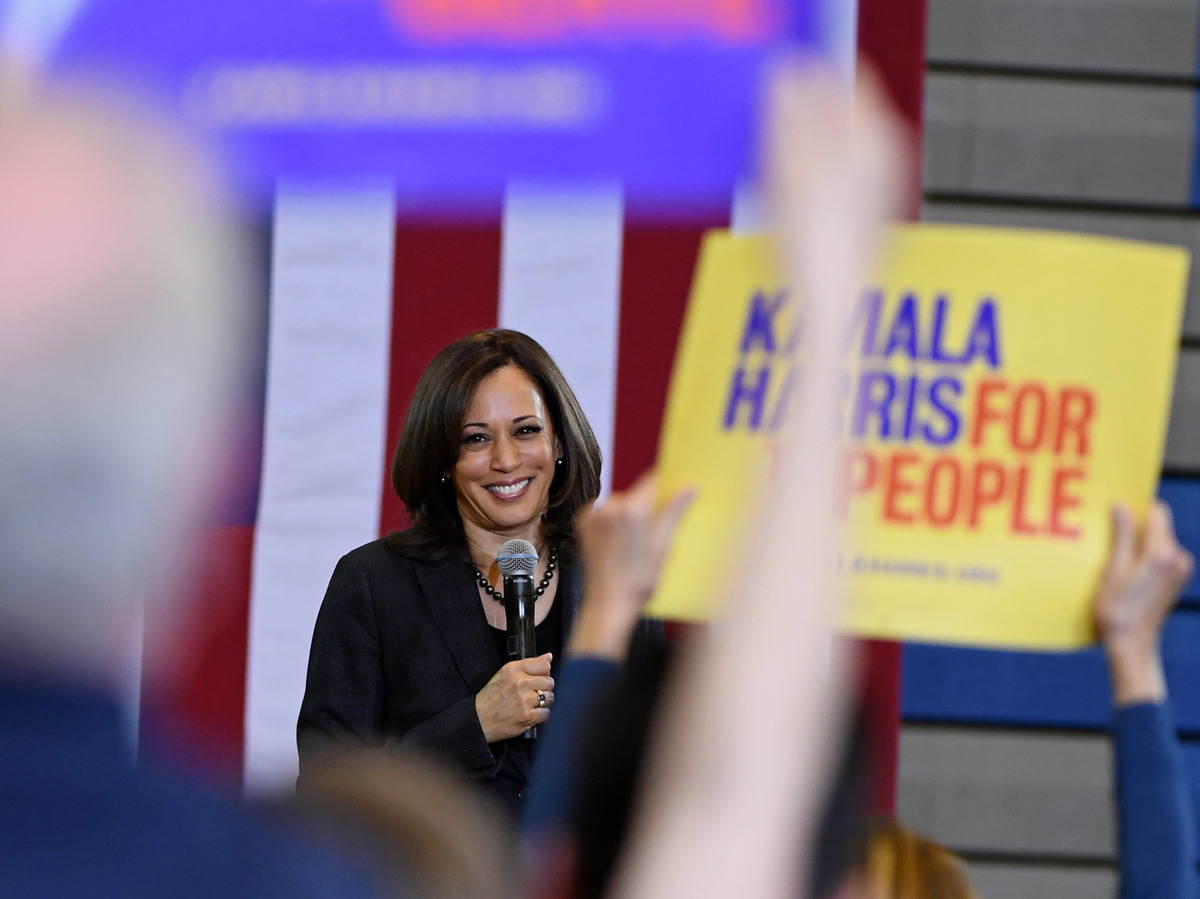 "Voters are very, very willing to send women, younger candidates, people of color, LGBTQ candidates to Congress," she said. "But for president or executive office in general, we know from the data that people are much, much more cautious and tend to second-guess themselves much more."

"There is this willingness to support women in low-level political races or for lower-level promotions when it has this service aspect, and then a sort of collapse of support at the highest levels, particularly the more masculine-coded domains," said Kate Manne, a professor of philosophy at Cornell University and author of the 2017 book Down Girl. "So I think that's part of what's going on."

Electability, of course, isn't just about identity. Often when voters or pundits bring it up, they talk ideology — for example, the idea that moderates might be more electable.

In addition, name recognition tends to drive early polls — maybe more so in a field with nearly two dozen competitors. So it's perhaps no surprise that former Vice President Joe Biden and Sanders routinely top early polls. Both have high name recognition, and Biden is more moderate than many of the top 2020 competitors. 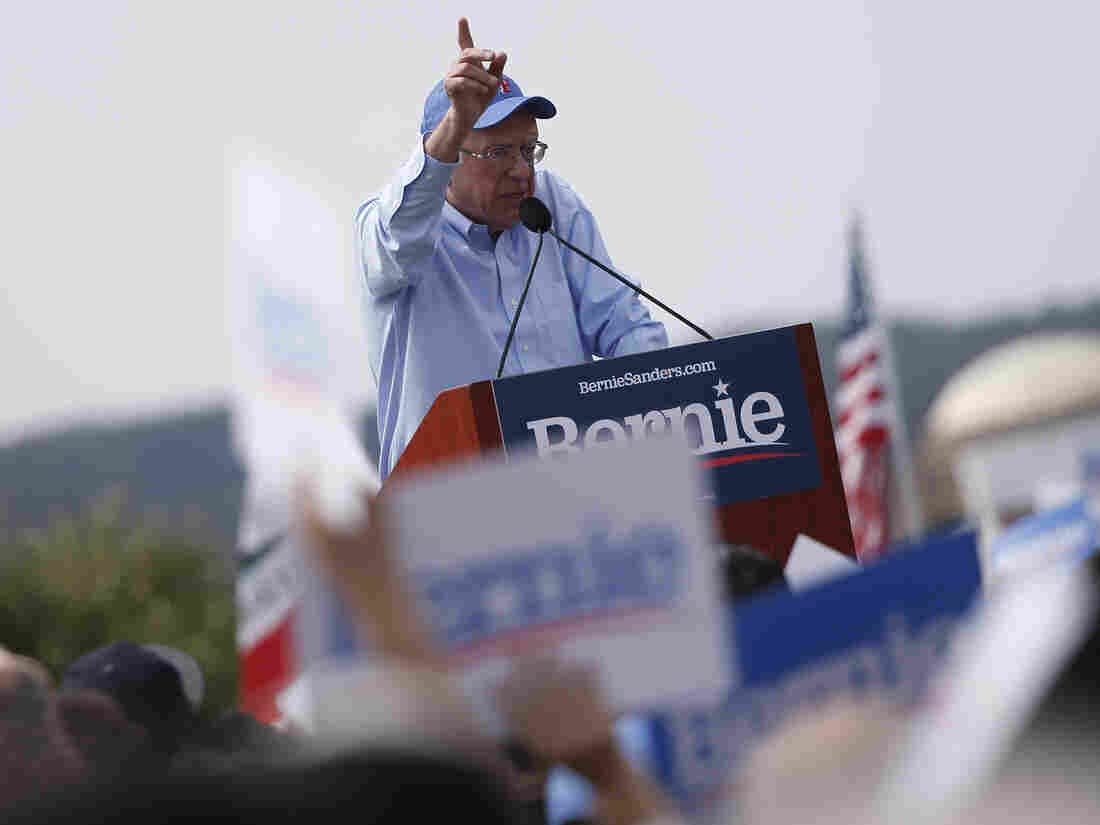 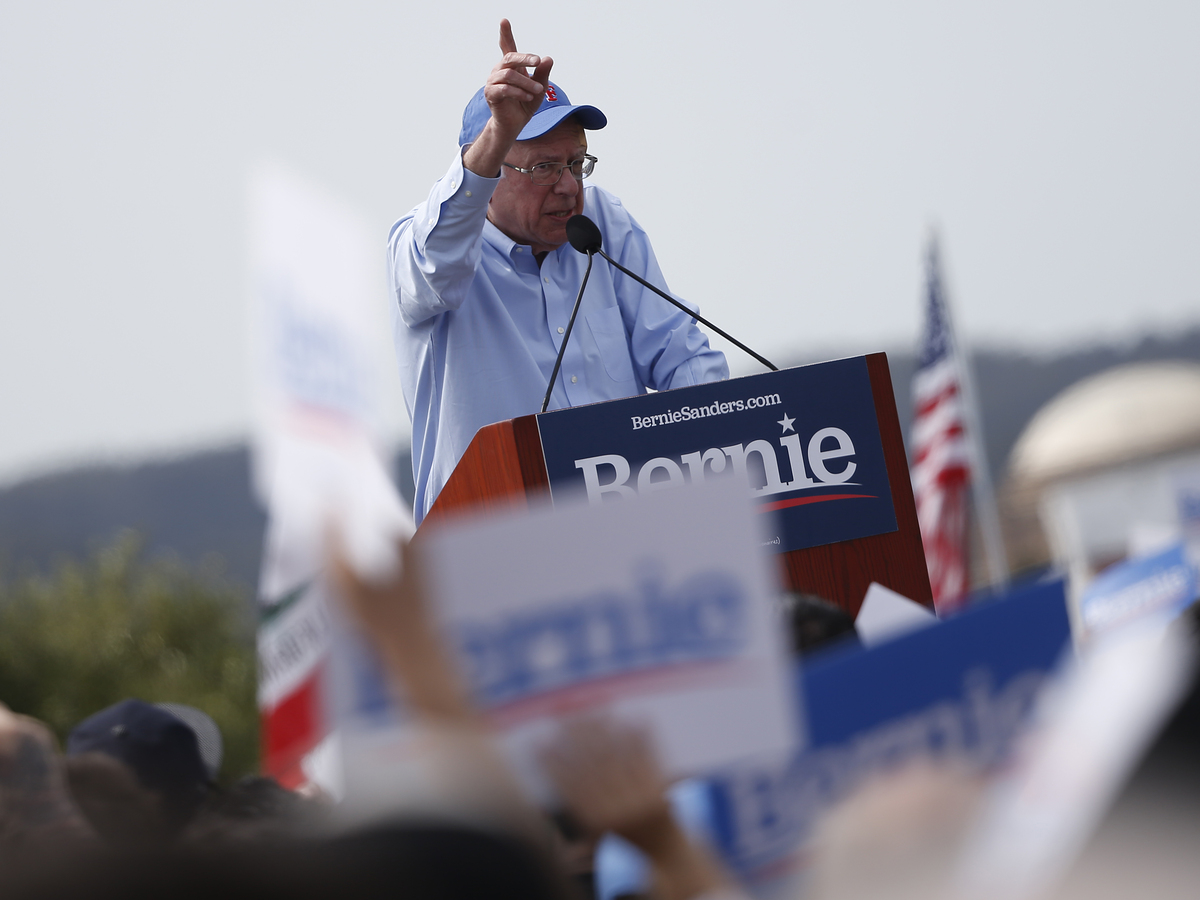 Both are also white men, as are two candidates who have enjoyed recent surges in media coverage and polling: O'Rourke and Buttigieg.

But as Lake pointed out, ideology and identity aren't so easily separated. For example, she says that voters tend to perceive women, nonwhite and LGBTQ candidates as more progressive. (And there is some scholarly evidence to back up this sort of idea.)

The "I-love-so-and-so-but-am-afraid-they'll-lose" formulation may be about this nebulous concept of "electability," but Manne fears it is about more than that. "It could just be an abundance of caution," she said. "But I think the amount that I'm hearing that, it worries me that it could easily be post hoc rationalization for these very common sexist biases, or in the case of Pete Buttigieg, homophobic biases."

It's also possible that Americans rightly perceive the various prejudices at work among their fellow voters. After all, a 2017 study found that attitudes about race and sex "can explain about two-thirds of the education gap among whites in the 2016 presidential vote."