Accessibility links
Melinda Gates' 'The Moment Of Lift' Is More Of A Whisper Than A Call To Action If Melinda Gates had fully owned her goal — writing a book that would strengthen some readers' abortion-rights convictions and open others' minds — she would have called for greater advocacy. 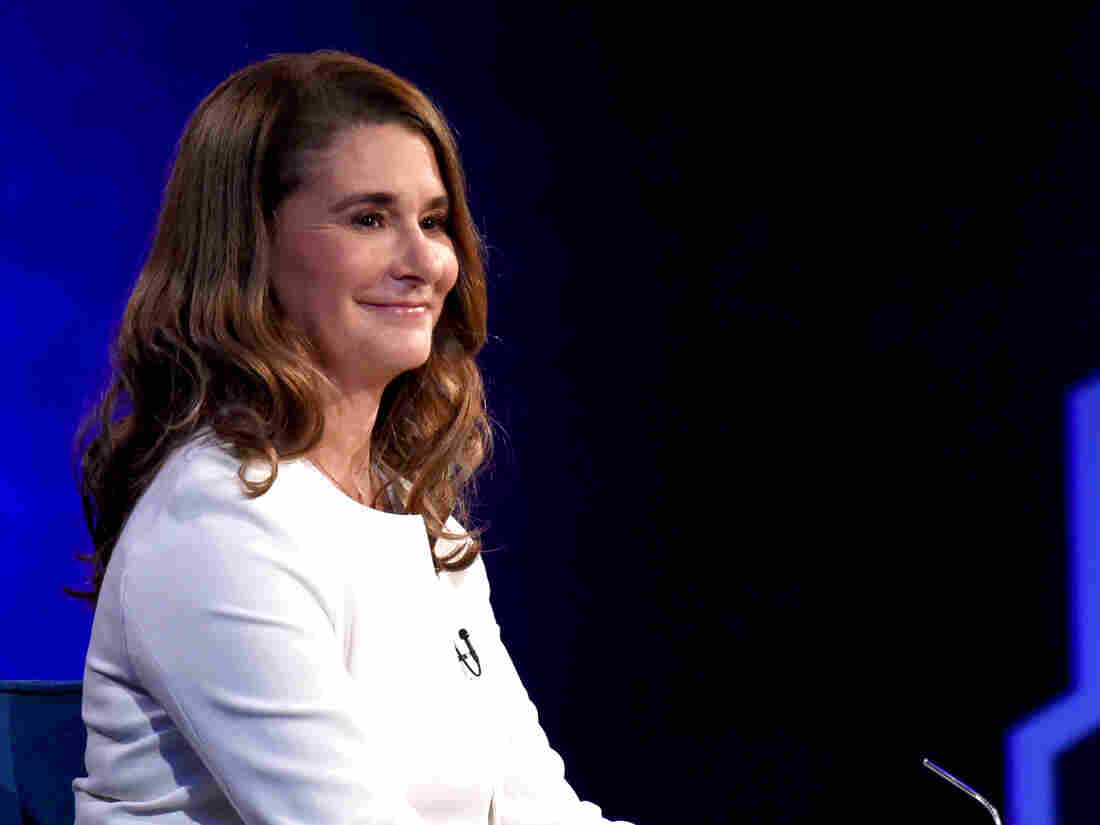 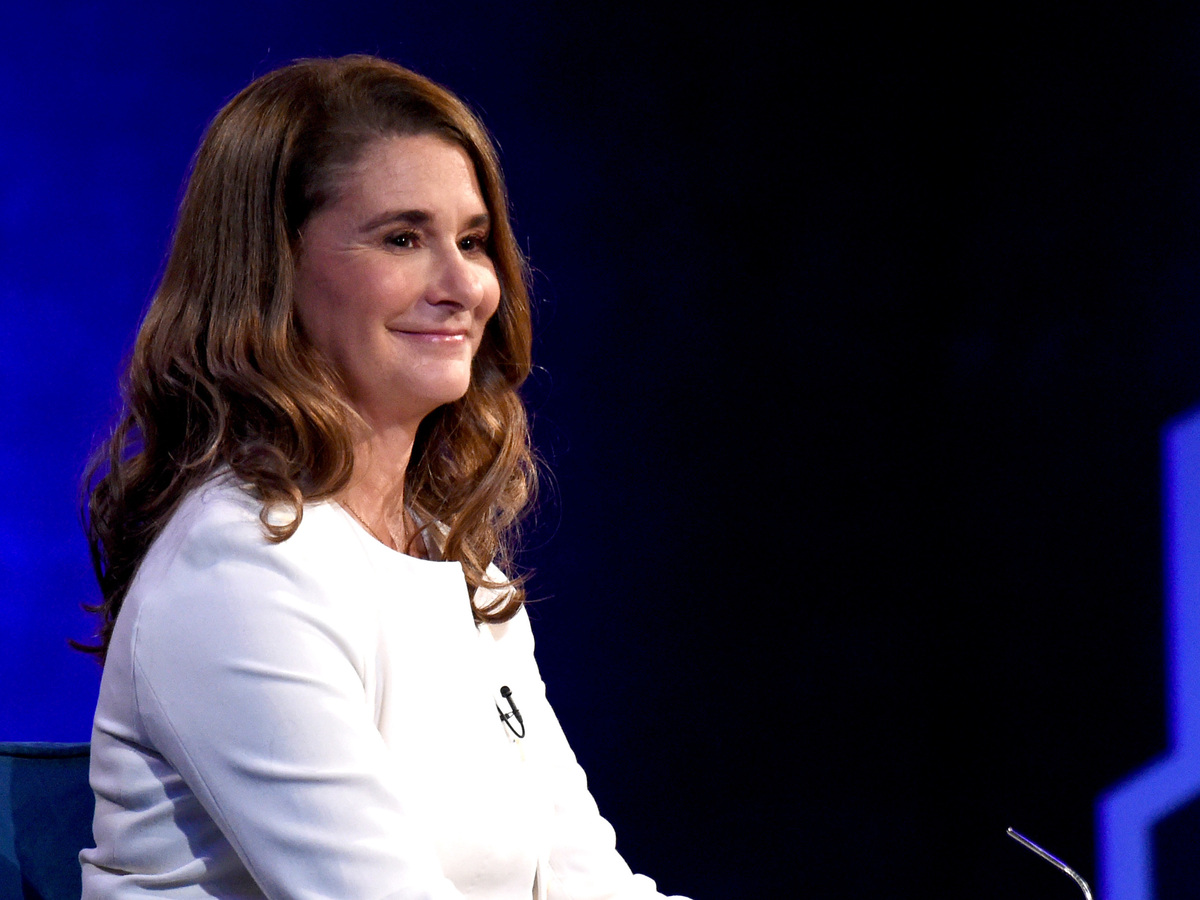 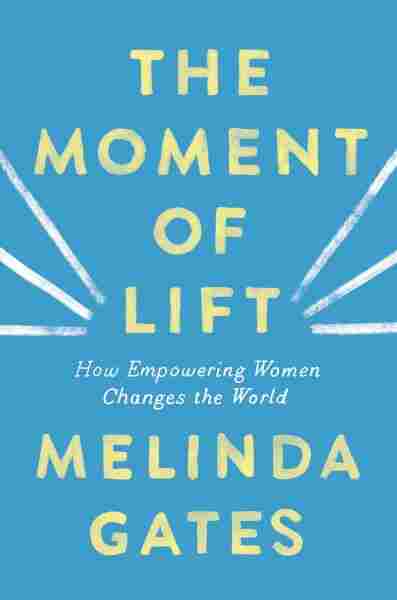 The Moment of Lift

How Empowering Women Changes the World

Writing about Melinda Gates' philanthropic manifesto The Moment of Lift: How Empowering Women Changes the World poses a certain critical challenge. What are the terms on which to evaluate a book that is equal parts memoir and mission statement, inspirational slide deck and social critique? What is the book trying to achieve?

For much of The Moment of Lift, it's impossible to tell. Gates goes long on heartwarming anecdotes, short on argument. She writes often about lifting women up, but it can be difficult to tell how she expects readers without tech fortunes to do so.

It's possible, of course, that the sole purpose of The Moment of Lift is to publicize the Bill & Melinda Gates Foundation's sex- and gender-focused programs, which range from funding community centers for sex workers in India to providing access to contraception in Kenya. These programs are highly impressive and worthy, but why write an entire book about them? Why devote time to book touring rather than lobbying the U.N.? Surely, Gates does not expect readers' engagement with The Moment of Lift to seriously impact the Gates Foundation's work, and presumably she doesn't need money. She could want acclaim, but she writes frequently about how shy she is, how uncomfortable with public advocacy. Taking that claim at face value makes the question even more pressing: What exactly is this book for?

(And, for transparency purposes, the Gates Foundation is an NPR funder.)

The answer appears in the third chapter, after a long exploration of Gates' determination to expand global access to contraception, which she calls "the greatest life-saving, poverty-ending, women-empowering innovation ever created." Her argument is a perfect example of what the social critic Anand Giridharadas calls "win-win" thinking. If women get to time and space their pregnancies, their children will have better lives, and both mothers and children will be more productive in the labor market. Everyone wins. Capitalism is at work here, not feminism — until Gates brings her focus home.

First, she offers a reasoned justification for her own identification as a Catholic who supports abortion rights and contraception access, a position that has earned her the Vatican's rage. Then, she turns to U.S. pregnancy statistics. We are "at a historic low for teen pregnancy and a thirty-year low for unintended pregnancy. Progress is due largely to expanded use of contraceptives, which accelerated thanks to two initiatives begun in the prior administration — first, the Teen Pregnancy Prevention Program...and second, the birth control benefit in the Affordable Care Act."

This is one of the first passages in The Moment of Lift containing specific U.S. government policy, and it's followed by the book's first true critique. Gates writes:

"Unfortunately, that progress is in jeopardy — both the drop in unwanted pregnancies and the policies that helped make it happen. The current administration is working to dismantle programs that provide family planning and reproductive health services."

She then explains the administration's agenda, which includes withholding funds from health care providers that offer abortions or referrals, a failed attempt to terminate the Teen Pregnancy Prevention Program, and shifting some federal funds to natural family planning and abstinence-only sex education.

Gates describes this agenda in stark terms, emphasizing the threats implied by these changes, proposed and enacted, rather than exploring the effects they have had thus far. Her rhetoric seems designed to worry readers, or to incite them to take action. It's notable, then, that she never uses President Trump's name. If Gates is trying to motivate voters who support abortion access, she would have benefited from doing so more bluntly. As is, The Moment of Lift seems designed to raise awareness, but not to make waves.

It's hard to fully respect this choice. It seems much too quiet to be effective, a problem exacerbated by Gates' reluctance to assign blame. The closest she comes to offering a structural explanation of the gender-based oppression the Gates Foundation combats is the following:

"Poverty is created by barriers. ... If the barrier is distance, money, knowledge, or stigma, we have to offer tools and information that are closer, cheaper, or less tainted by stigma. To fight poverty, we have to see and study the barriers and figure out if they're cultural, or social, or geographic, or political, and then go around them or through them so the poor aren't cut off from benefits others enjoy."

This passage is broad enough to be meaningless. What would Gates lose if she pointed out that one major barrier to women's health is the Mexico City policy, the policy through which every Republican administration since Reagan blocks U.S. aid for international nongovernmental organizations providing abortion services or referrals? Or if she mentioned that the Gates Foundation works primarily in countries where Western colonialism created countless barriers to economic development? It seems condescending in the extreme to imagine that Gates would have lost her readers' sympathies if she'd offered a paragraph's worth of history or policy.

At the end of The Moment of Lift, Gates asks, rhetorically, how we should fight gender bias: "law by law, sector by sector, or person by person? I would say 'all of the above.' " If Gates had fully owned her goal — writing a book that would strengthen some readers' abortion-rights convictions, and open other readers' minds to a women's rights argument — she would have turned her rhetorical question into a call for advocacy.

Most readers don't have the ability to create change by sector, and creating change person by person goes only so far. Most people don't have foundations, but most people can advocate for egalitarian laws and support the candidates who will pass them.

It's too bad Gates didn't focus on that kind of lift.

Lily Meyer is a freelance writer and translator living in Washington, D.C.