Accessibility links
Glenda Jackson On Playing King Lear: Gender Barriers 'Begin To Crack' With Age The 82-year-old British actor is currently playing Shakespeare's famed tragic figure on Broadway. "Doors have opened for women that were firmly locked many decades ago," she says. 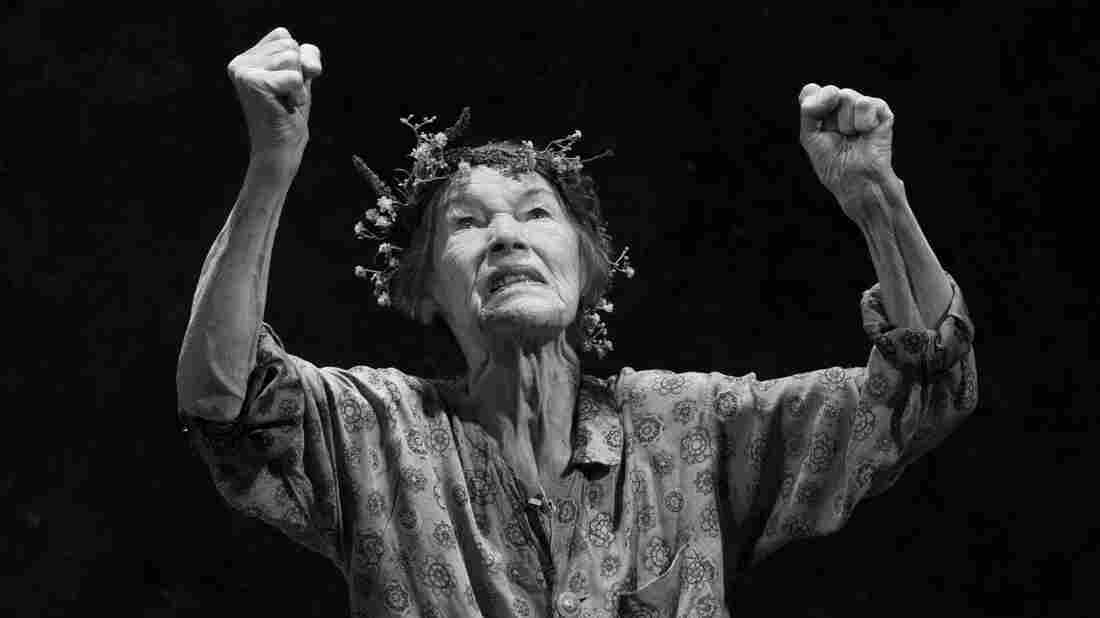 Glenda Jackson plays the title role in Shakespeare's King Lear on Broadway. Jackson still gets nervous after decades on stage because she knows how "easy it is to act really badly, and how very, very hard it is to act well." Bridget Lacombe hide caption 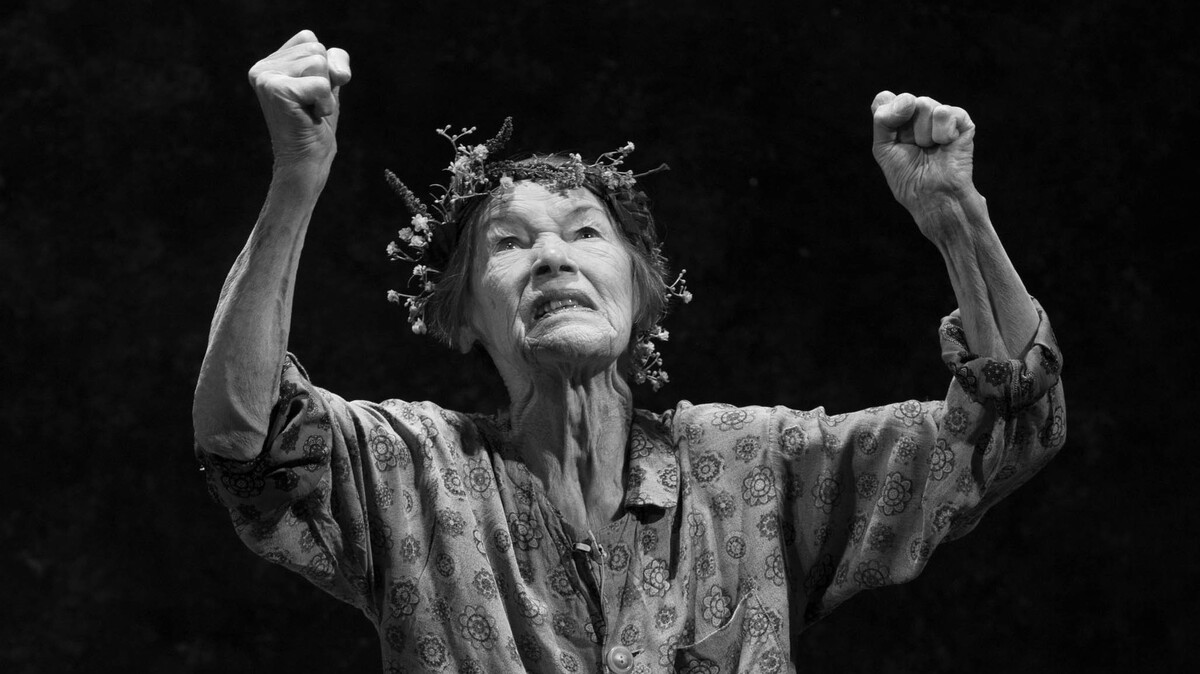 Glenda Jackson plays the title role in Shakespeare's King Lear on Broadway. Jackson still gets nervous after decades on stage because she knows how "easy it is to act really badly, and how very, very hard it is to act well."

Shakespeare's King Lear is one of the most challenging and prestigious roles in theater — and one that's traditionally played by a man.

But now a new production of King Lear on Broadway stars Glenda Jackson in its title role. The British actor, who is 82, is fine with the gender bending casting.

"When we're born, we teach babies ... to be boys or girls," Jackson says. "As we get older, those absolute barriers that define gender begin to crack."

Over the course of her career, Jackson has won two Oscars, two Emmys and a Tony Award. But she still feels jitters about being onstage.

"It doesn't get any less," she says. "In fact, I think the more you do, the worse it gets, because you realize how desperately easy it is to act really badly and how very, very hard it is to act well."

Glenda Jackson Stands Tall, On And Off Stage

From 1992 until 2015, Jackson took a break from acting to serve as a member of Parliament. She describes her time in public service as a "great privilege."

"That kind of responsibility is something that really makes you realize who you are — and you're pretty damn small," she says.

On the limited number of interesting roles available for women

Doors have opened for women that were firmly locked many decades ago. Why don't contemporary dramatists find us interesting?

What I really, really feel strongly about — and I wish I could come up with the reason for it — is why contemporary dramatists find women so boring! They are rarely — if ever — the driving dramatic engine of a play or a film and I don't know why that is. I mean, we are by no means equal as a gender, or certainly not worldwide, but there have been major improvements. Doors have opened for women that were firmly locked many decades ago. Why don't contemporary dramatists find us interesting?

I try to avoid that. I try to observe the world through the character's eyes. But people who see the play do point out lines that are particularly meaningful to them. I always rather regret that they do that, because then it gets kind of stuck in my head and I have to find another way of finding it for the first time.

I was 3 when [World War II] started and 9 when it finished, and it was a world which is entirely in the hands of the women, because the men had all gone away to fight. I didn't realize ... at the time ... how much women had actually done. And then, as in the first World War, when it was over, they were told to go away and do what women should normally do, which is just look after the kids and do the cooking.

Fortunately they didn't [do that]. ... I come from a socioeconomic group which if you didn't work, you didn't eat. So one of the things that I most valued that was given to me by my family was a strong work ethic, and I really, really do value that.

On serving in Parliament and meeting with her constituents

All members of Parliament hold what we call "advice surgeries," [one-on-one meetings] and you hold them in the constituency and any constituent can come in and they would. And in some instances, in the really serious ones, they sort of lay their life out on the table in front of you. You don't know them. They don't really know you, and not infrequently their lives are tragic or disastrous, through no fault of their own. And they come to their member of Parliament because that member of Parliament is their port of last resort. ... In my experience I didn't always get the result that my constituent wanted, but without exception — whether I did or whether I didn't — they always said, "Thank you." And that is very, very humbling.

5 Things To Know About Margaret Thatcher

On a speech she gave in Parliament in 2013 after Margaret Thatcher died, in which she equated Thatcherism with "greed" and "selfishness"

I'd sat there in the chamber for several hours as one does for these kind of events before I was called by the speaker. And yes, I mean I sat there listening to her party rewriting history as far as I was concerned. The United Kingdom that they were describing under Thatcher was not the one I'd lived in. It wasn't the one my constituents lived in. And it certainly isn't the one that was there when she left! ... I would have been ashamed if I hadn't spoken having been given the opportunity by the speaker. ...

When I went home, my son was standing on the front doorsteps, and he said, "Your speech has gone viral." Now, I'm a Luddite when it comes to artificial intelligence, so I don't know what "going viral" means. He explained to me, and I think it was something like a million people tuned in.