Accessibility links
Boeing Hits Pause On Forecasts As 737 Max Groundings Continue The aircraft manufacturer said its profits fell 13 percent in the first quarter as it works through "this challenging time." Boeing said the 737 Max crisis has cost it $1 billion so far. 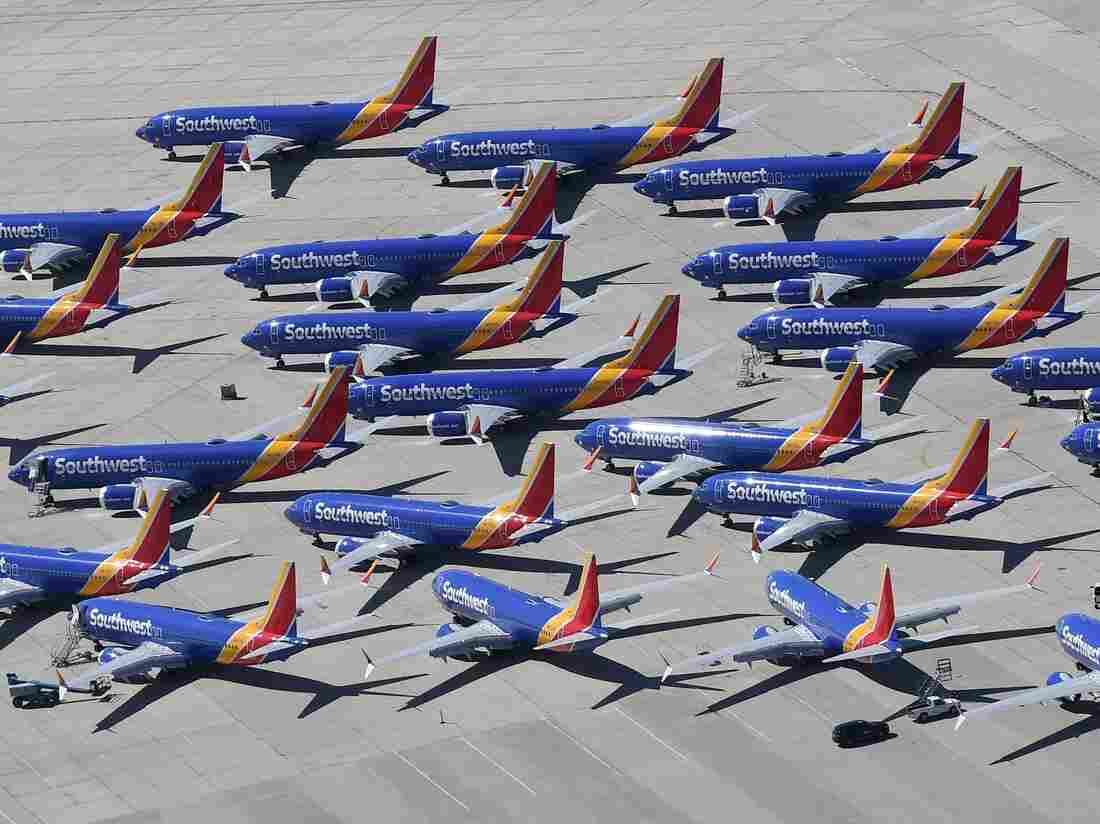 Southwest Airlines Boeing 737 Max aircraft are parked on the tarmac after being grounded, at the Southern California Logistics Airport in Victorville, Calif., on March 28. Boeing said its financial outlook is uncertain as it deals with the 737 Max grounding. Mark Ralston/AFP/Getty Images hide caption 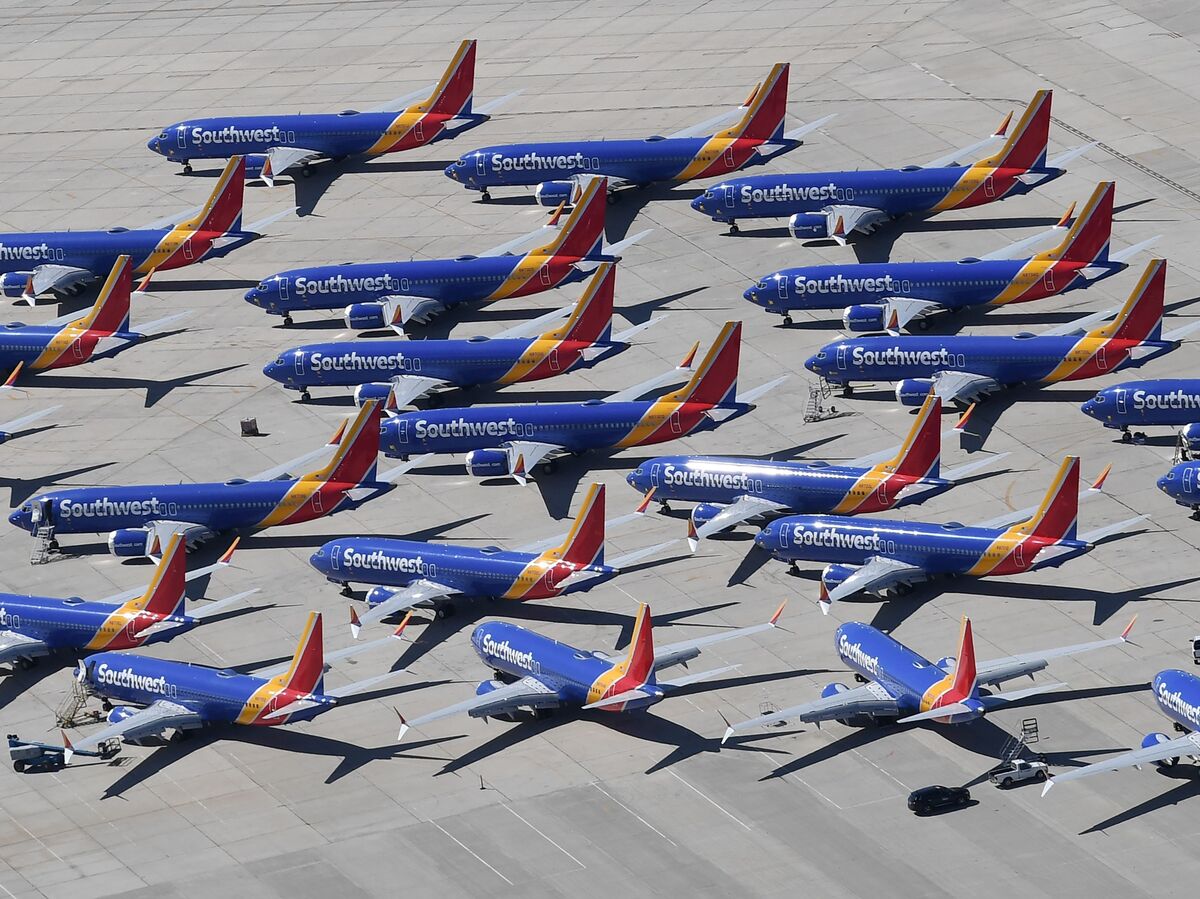 Southwest Airlines Boeing 737 Max aircraft are parked on the tarmac after being grounded, at the Southern California Logistics Airport in Victorville, Calif., on March 28. Boeing said its financial outlook is uncertain as it deals with the 737 Max grounding.

That's what Boeing says is in store for the company and its investors as it tries to get approval for its 737 Max to return to the air.

Boeing said Wednesday its profits fell 13% in the first quarter and that the grounding of its 737 Max aircraft following two deadly crashes will cost the company at least $1 billion.

CEO Dennis Muilenburg said Boeing is working through "this challenging time" and is focused on safety and returning the 737 Max to service. The company delayed issuing guidance regarding its future financial performance, citing "the uncertainty of the timing and conditions surrounding return to service of the 737 MAX fleet."

And it said it stopped buying back shares of its stock in mid-March, shortly after the 737 Max was grounded worldwide.

Analysts says the company faces tough times in coming quarters. "In terms of sheer size and growth, the 737 is the most important program by a very wide margin for Boeing," Richard Aboulafia, an aviation industry analyst with the Teal Group, told NPR's Daniella Cheslow. "And they're going to have a very difficult quarter ahead ... and possibly two quarters and just conceivably three."

Boeing said it's "making steady progress" on getting its software update certified for the 737 Max. "The company continues to work closely with global regulators and our airline partners to comprehensively test the software and finalize a robust package of training and educational resources," it said.

American, Southwest and United airlines have all announced cancellations of 737 Max flights well into this summer, saying they are trying to reduce last-minute scheduling changes during the peak travel season.

A previous version of this story misspelled Daniella Cheslow's first name as Daniela.