Accessibility links
How To Talk To Kids About Death : Parenting: Difficult Conversations Whether it's a family pet or a loved one, every child will experience a death at some point — and their parents will likely struggle to explain it. We revisit the Mr. Hooper episode of Sesame Street, which provides a master class in talking about death and grief with young children. 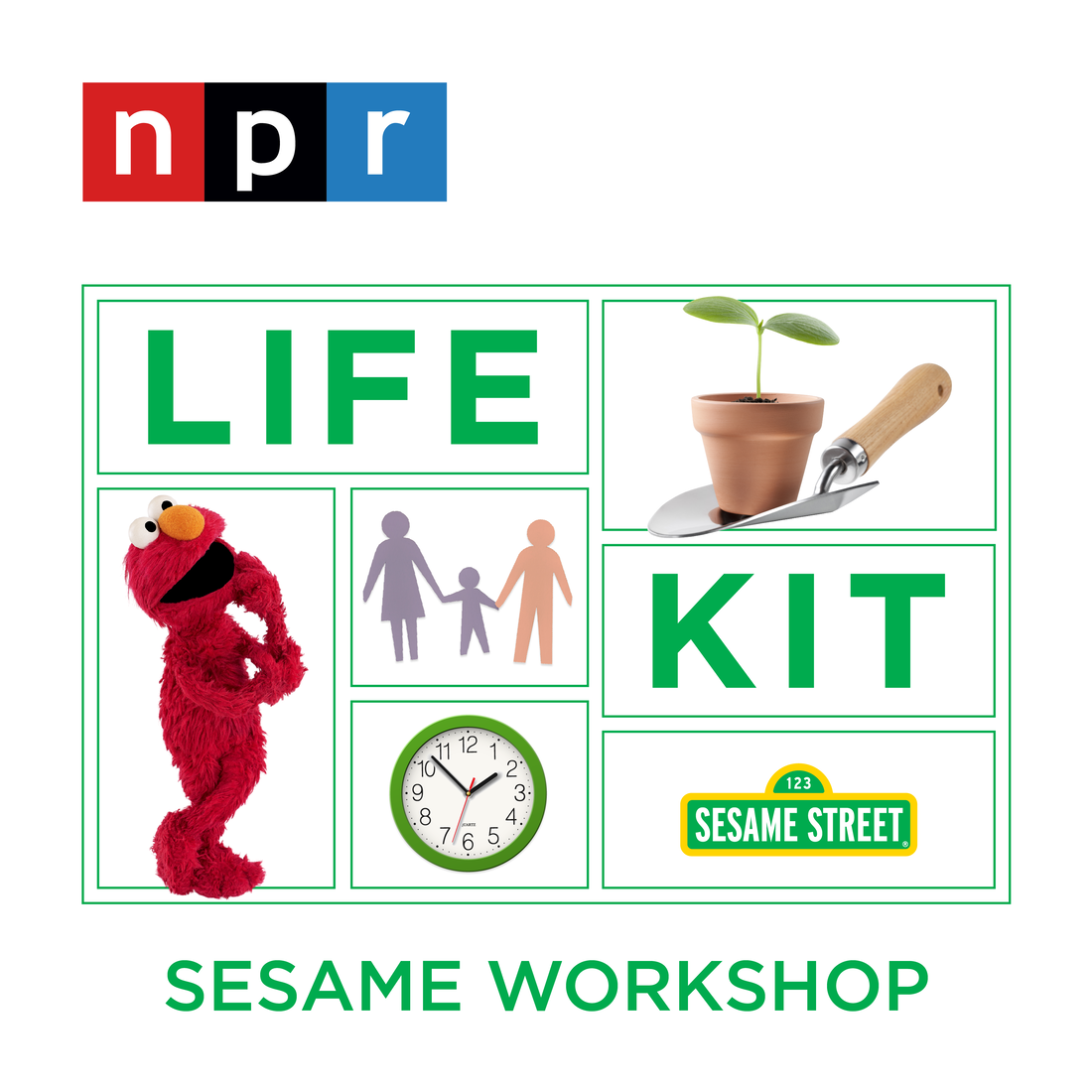 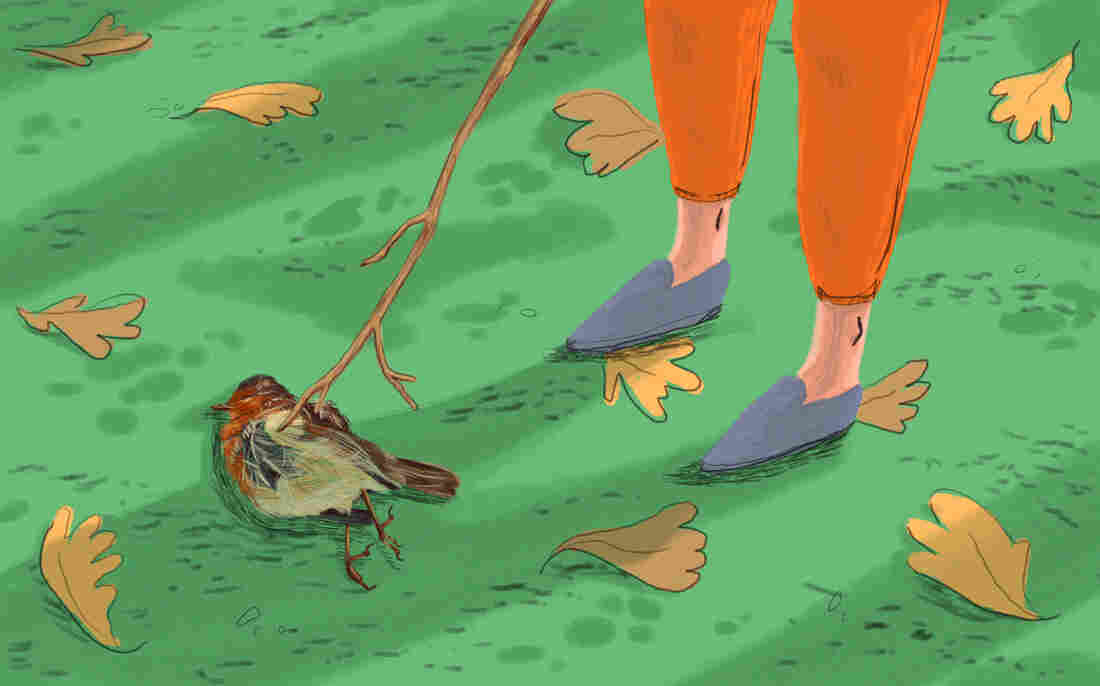 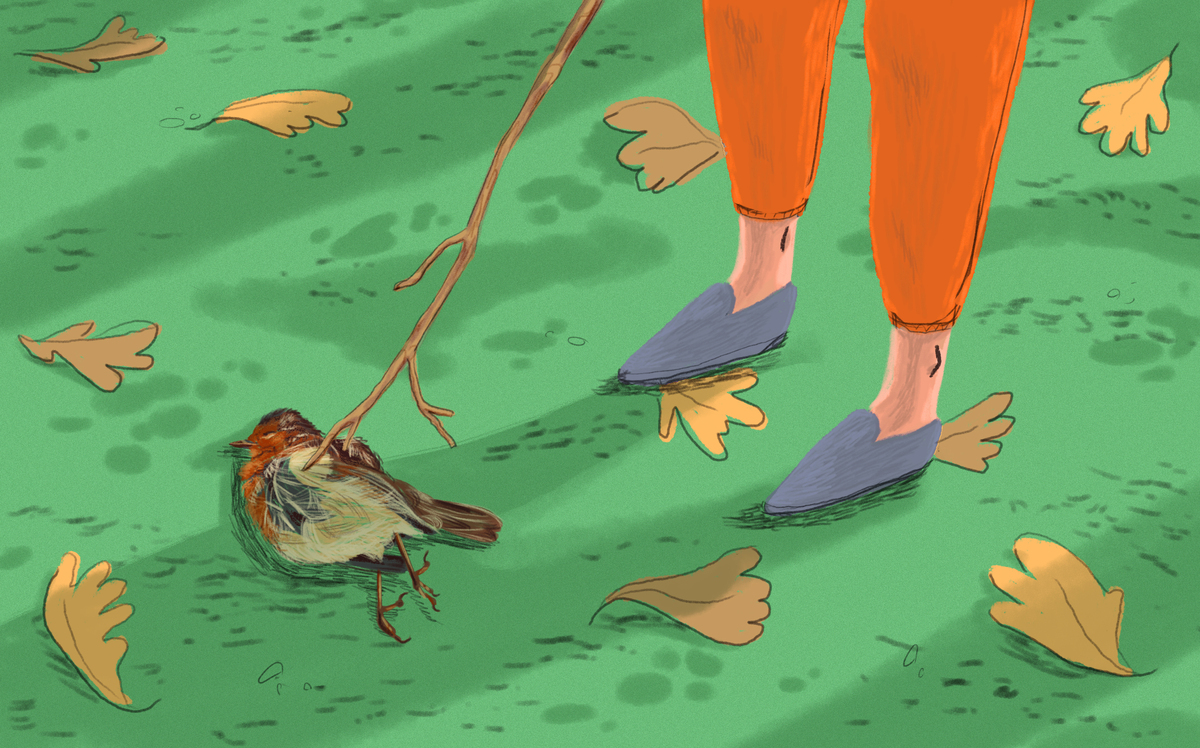 My (Anya's) house is full of little reminders of Aunt Nancy.

When she was diagnosed with ovarian cancer two years ago, she was so unflinching about what that meant, so clear about how to use her remaining time. She made plans to see her grandnieces in between treatments, and she passed along little items sure to delight them, like a gilded old mustard tin full of embroidery thread, beads and other saved-up treasures.

At the end of April, we got word she was on home hospice care. We planned a last visit. Times being what they are, it took place over Zoom. Nancy sat up in bed, glasses looking owlish on her gaunt face. There was everything and nothing to say. Then my 3-year-old proposed a cuddle. On opposite sides of the screen, we merged into one family hug.

A week later she was gone.

The Jewish rituals of mourning are premised on presence. You show up, bearing food, to bring comfort when words are no good. We drove to my mother-in-law's house — Nancy's big sister — for the first time since the lockdown began, setting our gifts of baked pasta, cookies and challah in the garage. We sat on the lawn, 6 feet apart, wearing masks. The girls played in the garden.

The United States has marked the horrible milestone of over 100,000 deaths from the coronavirus. How do we find the words to confront this kind of loss? How do we help our children do the same, especially without access to the kinds of rituals and gatherings that may have given comfort in the past?

Back in 1983, the show Sesame Street offered some help in what would become one of the show's most famous episodes. It was broadcast on Thanksgiving Day, when show executives knew grown-ups would be home watching with their kids.

The show's writers were responding to the real-life death of Will Lee, the actor who played Mr. Hooper, the grandfatherly figure who ran Sesame's corner store. They could have written his character a happy ending, but they decided to confront the truth head-on.

"Mr. Hooper's not coming back," one of the adult cast members, Susan, told Big Bird. All the adults were there, gathered in a semicircle.

"Big Bird, when people die, they don't come back," Susan told him.

"Well," Big Bird said, his voice fluttering with fear and confusion, "why not?"

What followed is a master class in how to talk with young children about death. We revisited that episode with Rosemarie Truglio, a developmental psychologist and the senior vice president of curriculum and content at Sesame Workshop, and together we distilled it to a handful of useful takeaways for parents.

1. Be honest and concrete.

When it comes to describing the what of death to kids — what exactly happens to our bodies and what that means — Truglio says it's important to be straightforward. That's because children often struggle to grasp death's permanence. And parents only complicate matters when they resort to euphemisms. In fairness, we do this to soften the blow for kids, but Truglio says euphemisms can confuse and even scare children

"Passed away. We're sorry for your loss. Went on a long, long journey." Truglio says each of these phrases sends the wrong message to kids. The dead don't pass, get lost or pack a bag and start walking.

Especially problematic are the words parents often use, as mine (Cory's) did, when a pet is euthanized.

"We put the dog to sleep. That's a really big one," Truglio says, explaining that this is how kids hear those words: "If you're telling me now that the dog went to sleep and is not going to wake up and died, well, I go to sleep every night. Am I going to die?"

Instead, Truglio says, be perfectly clear:

"When you die, your heart stops. Your body stops working. You don't eat. You don't breathe — to give more concrete information about what is the meaning of death," Truglio says.

Kids process death in bits and pieces, over time, Truglio says. Don't sit them down once, overwhelm them with information and expect them to internalize it all.

Parenting a child through death requires patience and persistence. You may explain, clearly and in concrete terms, that Grandma has died and, three days later, be asked, "When's Grandma coming back?"

Truglio says a hospice social worker who specialized in talking with children about death once likened this process to the way a child eats an apple:

Often, the death of a loved one can be destabilizing for a child, not simply because that person will no longer be in their lives but because it can stir deep fears of being alone or abandoned. That's why, Truglio says, when a child is mourning, make sure the child knows "that there are many people in their lives — there are grandparents, there are aunts, there are uncles, there are some really, really good friends who are like family."

In short, Truglio says, kids need to be reassured: "You will always be cared for."

When Will This Be Over? Sesame Workshop's Tips For Parenting During A Pandemic

One of the most powerful moments in Sesame Street's half-century history came as actor Bob McGrath, who played a music teacher on the show, took his turn consoling Big Bird.

"You're right, Big Bird. It'll never be the same around here without [Mr. Hooper]. But you know something?" McGrath said through tears, his voice halting. "We can all be very happy that we had a chance to be with him and to know him and to love him a lot when he was here."

It was a remarkably tender and honest display of emotion between an adult — who was, in fact, mourning his friend and colleague — and the childlike Big Bird. And this, Truglio says, sent a powerful message to parents and kids alike.

"It's important for children to see us grieve," Truglio says. "We're gonna cry, and I think that you need to explain why you're crying. This isn't gonna be just a one-time event."

That's especially true if you, the parent, are mourning the death of someone close to you. This will be a long process. Showing emotion and explaining the feelings that underlie those emotions help prepare children for future moments when you may, again, feel overwhelmed by grief.

For the time being, many funerals are being postponed or held online or are limited to immediate family members. This may make it easier for parents who struggle with whether to bring children. When it comes to funerals, Sesame's Truglio has this advice: Give kids a choice.

"You should never say, 'You have to do this,' or make them feel guilty if they choose not to participate," Truglio says. "You need to give them that wiggle room. You can't force them."

But tell them what to expect, whatever they choose. So, if you're going to a funeral with an open casket, explain what that will mean. Again, be clear and concrete. Then let the child decide if she thinks she's ready for that.

In my (Anya's) family, a rabbi came to my mother-in-law's yard to say a few words while a few dozen mourners watched on Zoom from different parts of the country. The girls were able to join for about 20 minutes, and when they got fidgety, we simply urged them off camera.

Sesame Street's Grover On Coping During Coronavirus: Just For Kids

Finally, Truglio says, it's important to convey to your child that "life is going to go on. We're going to be OK. It's a tough time right now, but we have things to look forward to."

One activity she recommends is having your child trace her hand on a sheet of paper and, for each finger, ask her to list something that she's looking forward to. It could be camping in the backyard or baking a favorite dessert. The point, Truglio says, is to keep the hope alive.

The folks at Sesame Street did this beautifully with Big Bird. At the end of the emotional Mr. Hooper episode, Big Bird sits quietly in his oversize nest. Suddenly, he's visited by the show's grown-ups, who introduce him to a new baby on the street.

Big Bird is thrilled by the visit, fawns over the baby and then drops this famously hopeful last line: "Gee, you know what the nice thing is about new babies?" Big Bird asks. "One day they're not here, and the next day, here they are!"

Listen to all of Life Kit's Parenting: Difficult Conversations episodes.

For more Life Kit, sign up for our weekly newsletter.