Accessibility links
Longtime Iowa Republican Blasts Trump And Leaves Party For Democrats State Rep. Andy McKean says that the Republican Party has changed and that he no longer wants to be a member. He was first elected to the legislature in 1978. 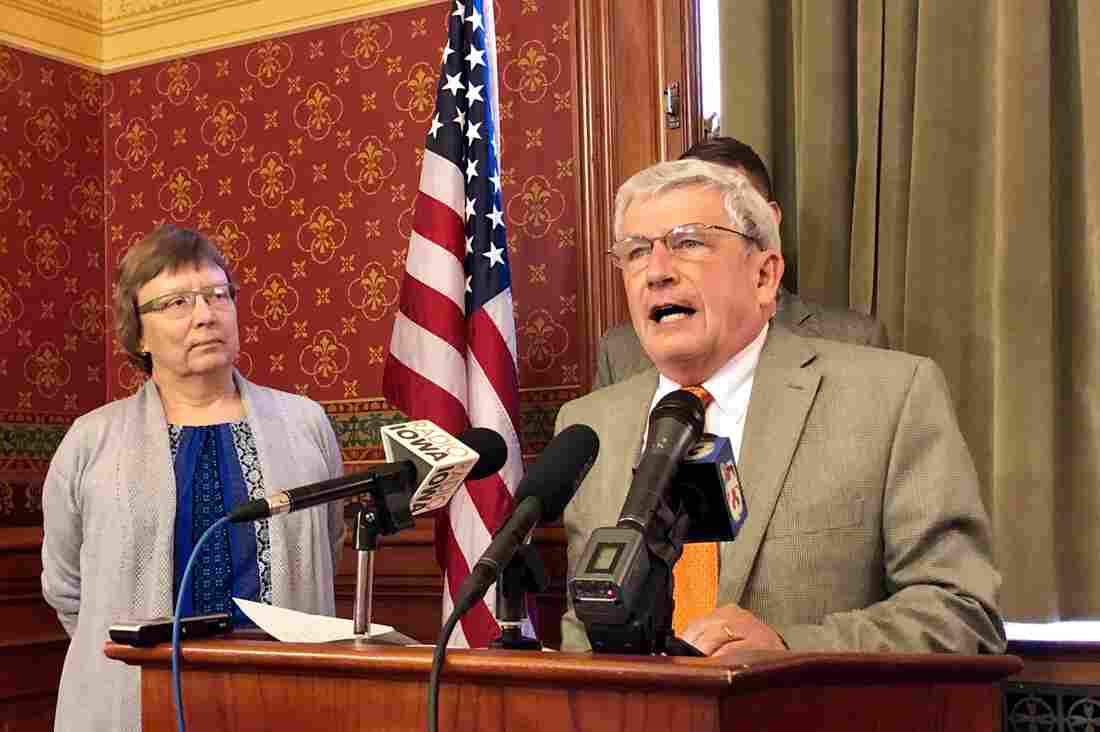 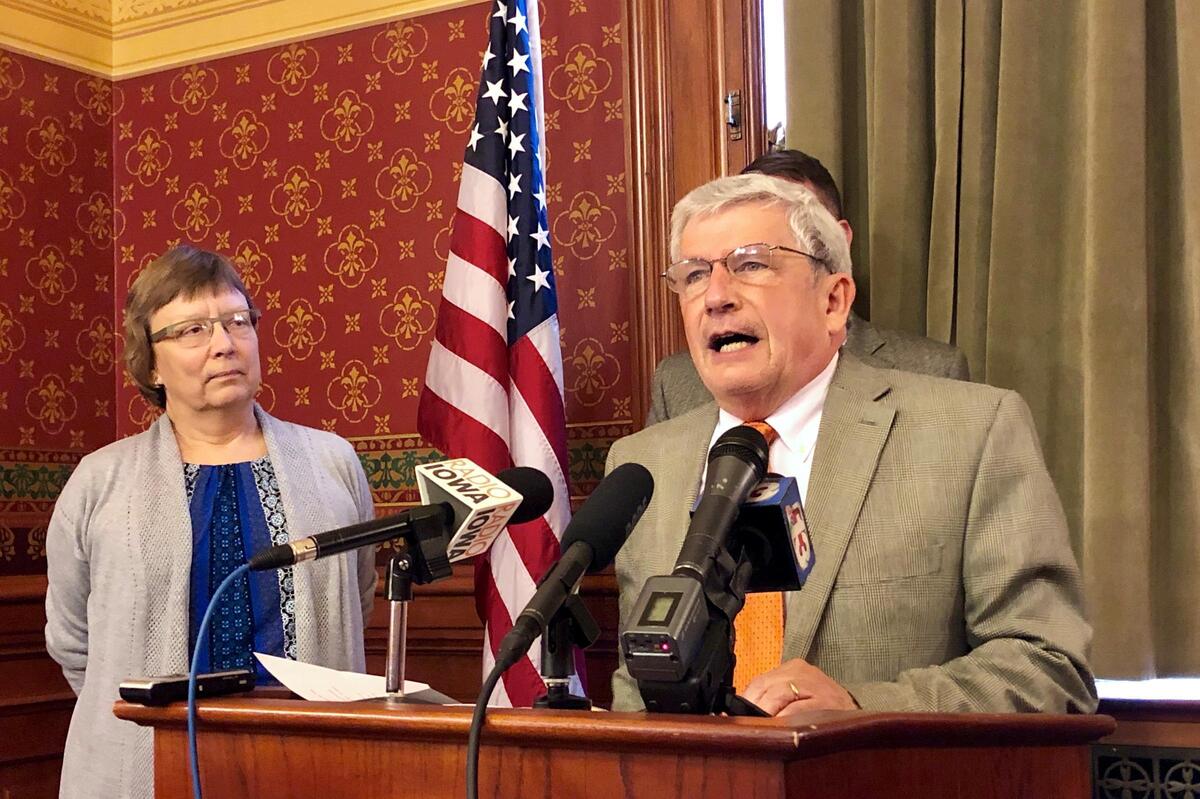 Iowa state Rep. Andy McKean, the longest-serving Republican in the Legislature, confirms his switch from the Republican to Democratic Party.

The longest-serving Republican in the Iowa Legislature announced he is switching to the Democratic Party, citing increasing discomfort with Republicans' stance on many high-profile issues and his unwillingness to support President Trump in the 2020 election.

Rep. Andy McKean said Tuesday that the Capitol is much more partisan than when he was first elected in 1978 and that the Republican Party has changed.

"I think the party has veered very sharply to the right," McKean said. "And that concerns me. It's a bit further than I would care to be."

McKean said he also doesn't like what he's seeing at the national level.

"With the 2020 presidential election looming on the horizon, I feel, as a Republican, that I need to be able to support the standard-bearer of our party," McKean said. "Unfortunately, that is something I'm unable to do."

He said he believes the country will "soon pay a heavy price" for Trump's policies and rhetoric. "Unacceptable behavior should be called out for what it is," McKean said during a news conference in Des Moines.

This narrows the party split in the Iowa House of Representatives to 53 Republicans and 47 Democrats.

McKean said that this was a gradual decision and that there wasn't a single event that persuaded him to make the switch. He said he considers himself a political moderate, and he thinks there is room for him in the Democratic Party.

Democratic House Minority Leader Todd Prichard said the House Democrats are welcoming McKean because he shares their goal of "moving the state forward."

"He brings a lot of knowledge and experience to the role," Prichard said. "And to have him on the team with the Democratic caucus is really a big thrill for us."

Republican House Speaker Linda Upmeyer said in a statement that she respects McKean's decision. "This will not distract us from moving forward with the conservative agenda that Iowans have tasked us with," Upmeyer said.

Jeff Kaufmann, Republican Party of Iowa chairman, said in a statement that McKean has deceived his constituents. "When Rep. McKean ran in 2016, he had no problem riding to victory on President Trump's coattails," Kaufmann said. "He's about to feel the headwind of Trump's support in District 58."

McKean said he will most likely run for re-election as a Democrat in 2020.