Accessibility links
NASA's InSight Probe May Have Recorded First Sounds Of Marsquake A NASA probe called InSight is on Mars listening for marsquakes and it seems it has detected the first sounds of a quake, probably.

A NASA probe called InSight is on Mars listening for marsquakes and it seems it has detected the first sounds of a quake, probably. 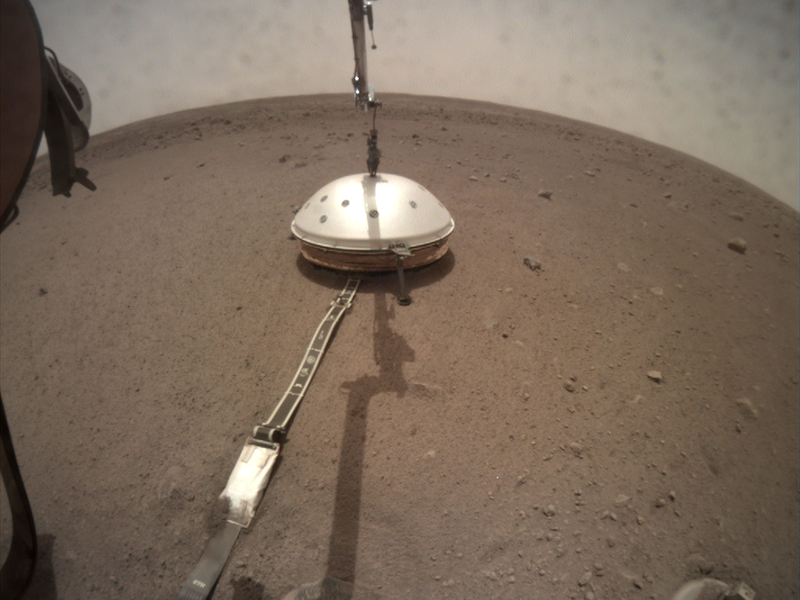 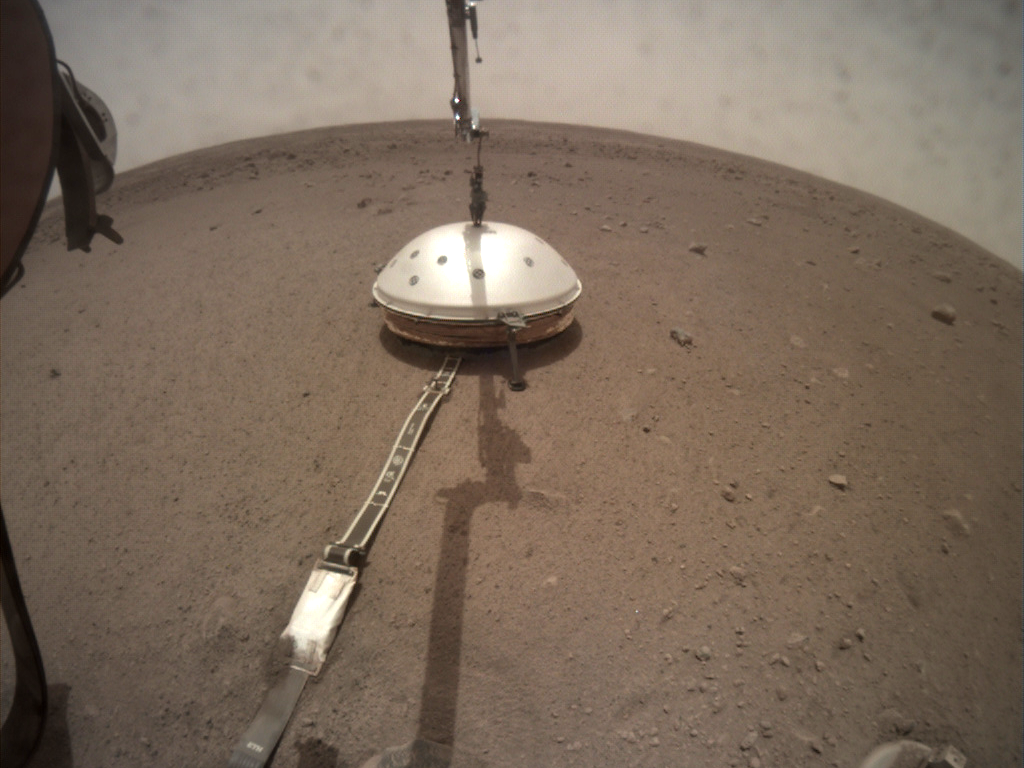 A NASA probe on Mars is hearing things. And in this case, that's good news. The lander called InSight is supposed to listen for marsquakes, the Martian equivalent of earthquakes. Now it's heard one maybe. NPR's Joe Palca has more.

JOE PALCA, BYLINE: InSight landed on Mars last November. It was carrying an instrument called a seismometer, a device capable of picking up tiny vibrations. After landing, InSight's robotic arm placed the seismometer on the Martian surface and then covered it with a shell to protect it from picking up vibrations caused by things like blowing wind.

Martian quakes are different from earthquakes. On Earth, there are tectonic plates slipping and sliding and banging into each other, causing the ground to shake violently. Mars doesn't have tectonic plates. But occasionally the ground does shake. Sometimes the outer layer of Mars buckles or folds. Sometimes hot material can shift around under the surface. Sometimes a meteorite hits the planet. All of these things can cause measurable tremors. On April 6, the lander's 128th day on Mars, InSight's seismometer recorded this sound.

PALCA: It doesn't sound like much, and what you just heard is sped up 60 times because the actual vibrations are too low for the human ear to hear. But mission managers say that is the sound of a marsquake, they think.

BRUCE BANERDT: We're not completely sure because it's a very small signal.

PALCA: Bruce Banerdt is principal investigator for InSight. He expects the seismometer will hear more quakes. And from the nature of the vibrations, scientists can tell something about the rocks and other materials beneath the surface.

BANERDT: With a good collection of marsquake signals, we can start to put together a 3D picture of the inside of Mars much in the same way that a doctor uses an MRI to image the inside of your body without having to cut you open.

PALCA: The plan is for InSight to operate another 18 months on Mars, so Banerdt thinks they'll get that good collection of quakes. Joe Palca, NPR News.