Accessibility links
Review: Rhiannon Giddens, 'There Is No Other' Giddens links folk instruments and traditions of the African-American diaspora with those of Francesco Turrisi, a pianist and master of the frame drum.

Rhiannon Giddens' 'There Is No Other' Finds Freedom In Intimacy

Rhiannon Giddens' 'There Is No Other' Finds Freedom In Intimacy 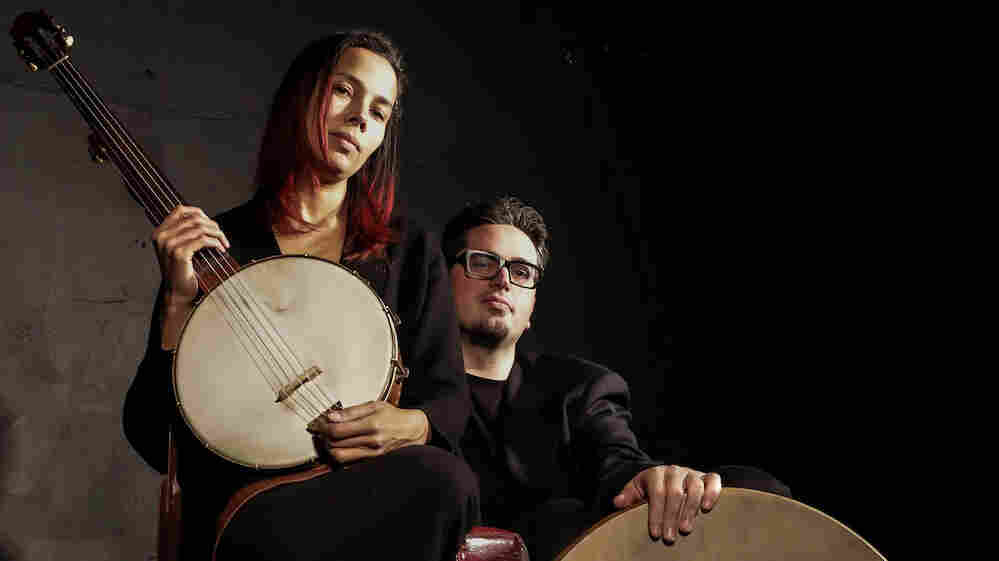 Rhiannon Giddens' new album with Francesco Turrisi, There is No Other, comes out May 3. Karen Cox/Courtesy of the artist hide caption 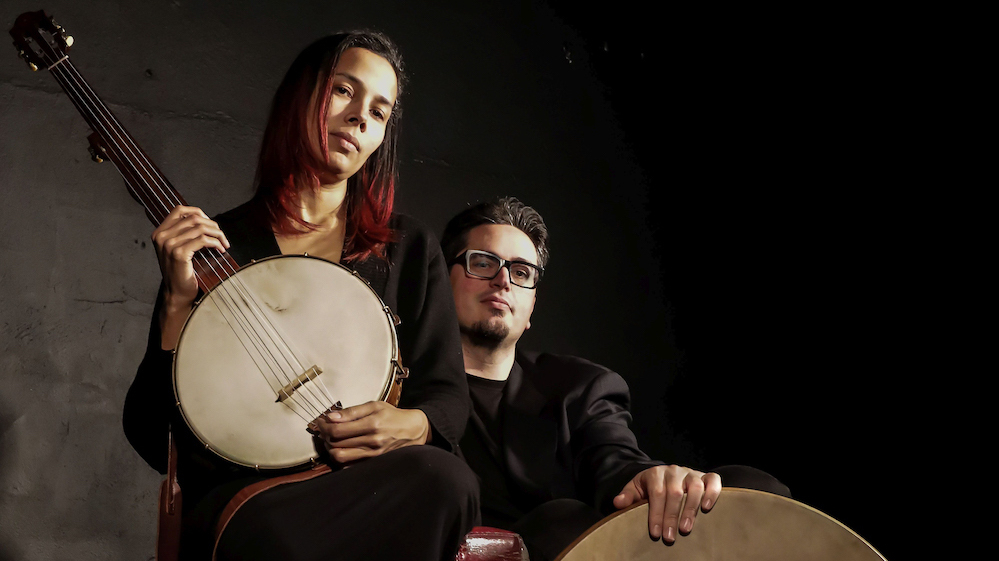 Rhiannon Giddens' new album with Francesco Turrisi, There is No Other, comes out May 3.

Karen Cox/Courtesy of the artist

Why do people need to be free? It's a facetious question, almost offensive, that can be answered in a million ways. Yet to ponder it is to touch down on the human side of political struggle. Consider one thing freedom makes possible, for example: intimacy. People become themselves through close exchanges with others, from a mother's arms to a lover's, speaking into the ear of a close friend or a sister and hearing themselves in the answers that come. Sojourner Truth spoke of this in her famous declaration, "Ain't I a Woman?" when she spoke of the thirteen children she bore and grieved as she lost one after another to enslavement. George Orwell placed it at the heart of his dystopian novel 1984, in which sex only becomes a crime when it is joined with love. In music, the voices for freedom that also risk intimacy resonate the most profoundly. Think of Aretha Franklin finding gospel truth in Carole King's "You've Got a Friend," or Nina Simone turning songwriter Oscar Brown, Jr.'s black pride lullaby "Brown Baby" into a truly revolutionary transmission. 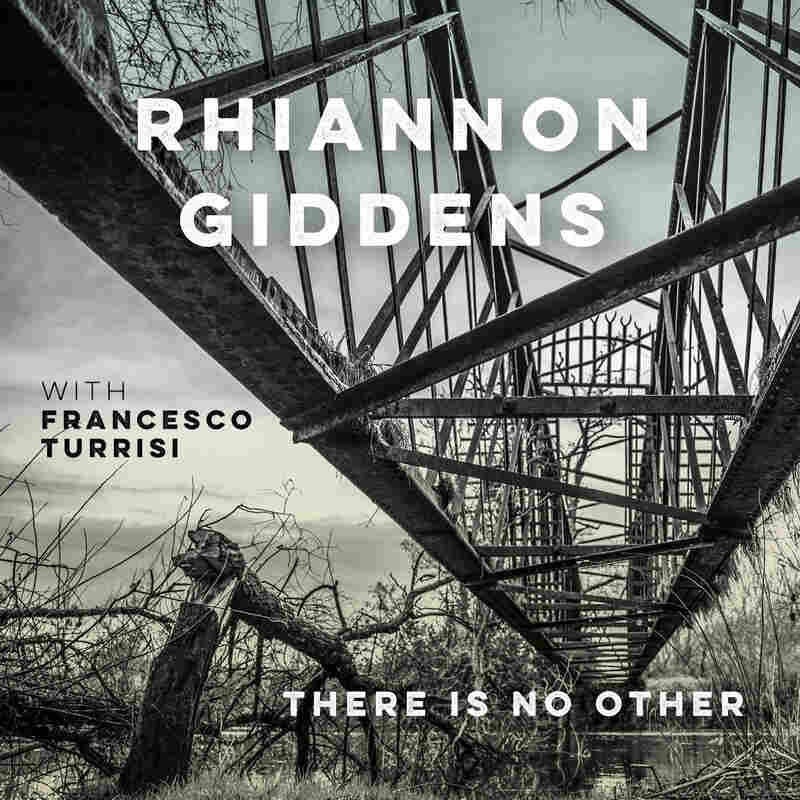 Rhiannon Giddens turns her exquisite voice and sensibility toward this psychic territory on There is No Other, her new collaboration with the Italian multi-instrumentalist Francesco Turrisi. The duo's intellectual project links Giddens' usual field of inquiry – the folk instruments and traditions of the African-American diaspora – with those of Turrisi, a pianist and master of the frame drum who dwells in the Mediterranean slipstreams from the Middle East and North Africa to Southern Europe. The album's title declares opposition to the social practice of "othering," or dismissing the subjectivity of those marked as outsiders. This directive manifests in the way their arrangements blend Arabic, European and African-American influences, showing the ease with which the boundaries of genre and nationality can be broken through music.

But listen to the instrumental that bears the album's title, and that deeper meaning – the yearning toward union in the phrase "there is no other" – surfaces. The piece, written by Giddens, begins with her picking out fast chords on the minstrel banjo, which has become one of her signature instruments. Turrisi soon follows on the frame drum. Their interplay is more like an act of merging, with the low notes of the drum finishing each phrase on the banjo and starting it anew. It's just two minutes of rock and roll stained with the ink of centuries; but it's so immediate, so much about these two players sharing thoughts and muscle, that any particular historical markers feel irrelevant.

There is No Other continues its explorations of heartfelt exchange and private longing in ways similar to, yet distinct from, her other recent work. Since releasing her solo debut album Tomorrow is My Turn in 2015, she's been building a new vision of the songlines connecting people and historical events, revisiting slave narratives and civil rights anthems and writing her own songs about what has been forgotten or ignored. Her work earlier this year in the supergroup Our Native Daughters and with the poet Caroline Randall Williams in the ballet Lucy Negro, Redux recast folk as a black feminist inheritance. Now, with Turrisi, the producer Joe Henry, and (on four cuts) the cellist Kate Ellis, Giddens brings her powerhouse voice and musical chops into closer quarters.

Her indebtedness to Nina Simone remains strong here; as on Tomorrow, she touches the legend's repertoire twice, and her inquisitive, daring spirit pervades the project. Giddens sets "Brown Baby" in an arrangement with subtle Arabic flourishes that casts light on the many different brown children facing oppression now. Her eerie version of the operatic aria "Black Swan," which Simone included on her 1963 album recorded live at Carnegie Hall, is another album highlight, as is "Trees on the Mountain," from the opera Susannah by Carlisle Floyd.

She draws out the erotic heat in these art songs, as she does the raw desolation in the folk song "Gonna Write Me a Letter," better known in a twangy version by North Carolina progenitor Olla Belle Reed. Her own compositions here explore different kinds of intimacy. "Ten Thousand Voices" imagines a kind of mystical interconnectedness across continents. "I'm On My Way" extends the sense of mission in her 2017 album Freedom Highway, but with more openness to indeterminacy. The lovely "He Will See You Through" is a modest hymn to a higher power grounded in Turrisi's gentle piano lines. When Giddens scales the intervals of a chord, singing "amen," in that song, she does it with the gentleness of a mother singing her children a prayer to help them rest. There, this album dwells: in the quiet times where people live fully with each other.