Accessibility links
Tacocat Anchors 'This Mess Is A Place' In Hope Tacocat retains its signature snark and surf-pop without sugarcoating the effects of the emotionally-draining political landscape.

Tacocat Anchors 'This Mess Is A Place' In Hope

Tacocat Anchors 'This Mess Is A Place' In Hope 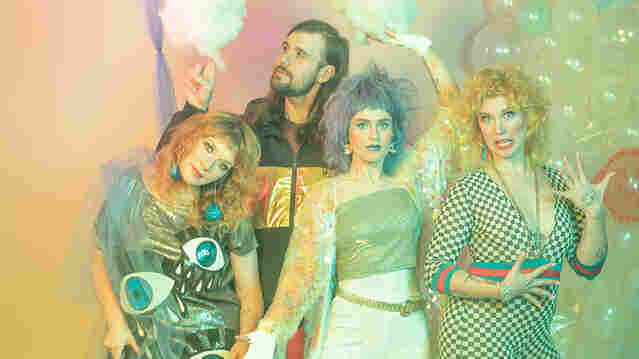 Tacocat's This Mess is a Place comes out May 3. Helen Moga/Courtesy of the artist hide caption 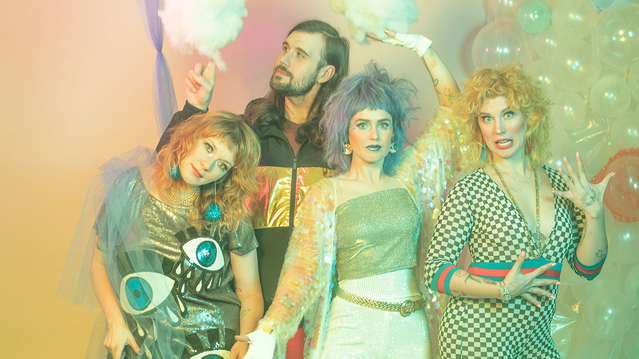 Tacocat's This Mess is a Place comes out May 3.

Helen Moga/Courtesy of the artist

Tacocat has come a long way since its early numbers about psychic cats and Tonya Harding. Formed in 2007, the Seattle punks have garnered a devoted fan base for their feminist pop-punk anthems, catchy hooks and subversive lyrics – and they've inevitably grown up along the way. To be fair, the world also left them no choice. And while Tacocat hasn't fully lost their sense of humor just yet, the band has naturally progressed into heavier territory, tightening up their sound and picking up where the political commentary of 2014's NVM and 2016's Lost Time left off. 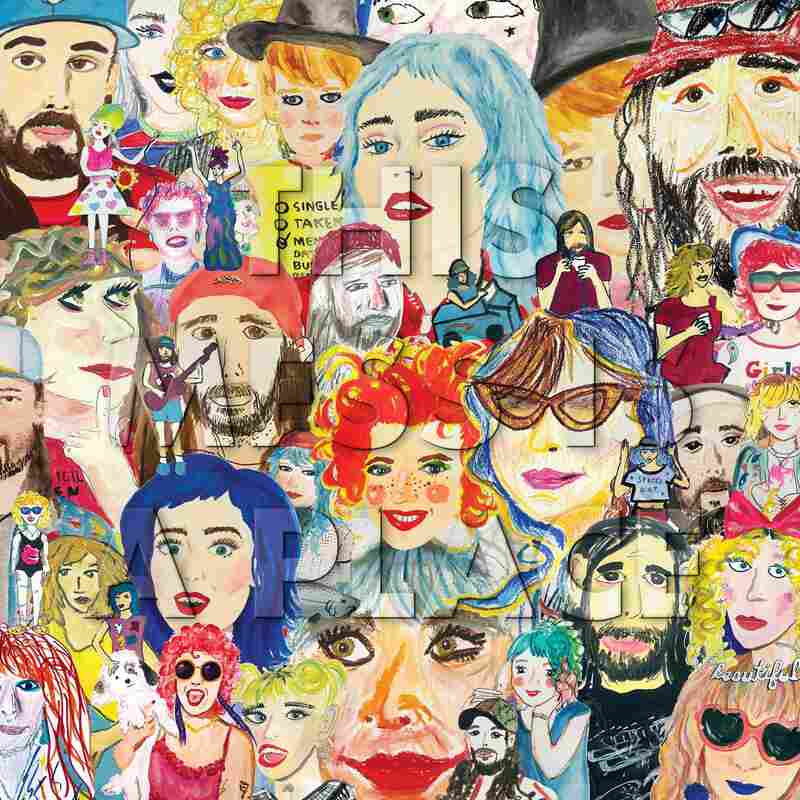 Since the 2016 election, Tacocat has tried to remain afloat, despite the state of America. This Mess is a Place, the spirited quartet's fourth album (and first on Sub Pop), somehow maintains a throughline of Tacocat's signature snark and surf-pop without sugarcoating the effects of the emotionally-draining political landscape. Instead, singer Emily Nokes, drummer Lelah Maupin, bassist Bree McKenna and guitarist Eric Randall find a way to confront it, using their brand of self-deprecating humor and asking candid, existential questions.

With the political climate being top of mind for Tacocat, This Mess is a Place appropriately kicks off by addressing the universal exhaustion currently resonating on "Hologram": "Too much to say / So I don't say anything / Is numb even a feeling?" But Tacocat isn't content with misery or complacency – instead, the band combats their frustrations like superheroes, with a burst of mellifluous vocals: "Just remember if you can, power is a hologram." On the buoyant gem "Crystal Ball," Nokes further explores their exhaustion, addressing the emotional distress of a never-ending news cycle that makes you want to hide in a bathtub for a year: "What a time to barely be alive."

From there, Tacocat breezes through the sun-soaked "The Joke is Life" and "Rose-Colored Sky" channeling the bubblegum energy of The Go-Go's while examining the idea of privilege: "I wonder what it feels like / To not even have to try / From the top of the human pyramid / All you see is the rose-colored sky / I wonder what it's like." But soon enough, Tacocat changes course, slipping into the bratty punk ethos of The Donnas on fuzz-tinged anthem "The Problem."

Despite ruminating on the dark effects of politics through its apathetic lyrics, This Mess is a Place anchors itself in moments of hope and brightness. The band quickly provides a reminder to appreciate the simple things in life on "Little Friend," paying homage to the loyalty of pets. In between sharp guitar riffs, Nokes muses about the strong bond that exists between people and their furry friends: "Gold eyes see through the dark / Those eyes see through the dark." Instead of losing themselves in their rage, Tacocat urges listeners to use it to keep fighting against the power structures thwarting progress. "The constant is change, endless and free / It's entirely possible, you're entirely real," Nokes lilts against roaring guitar riffs. "New World" sees the band imagining another, better kind of Earth, while "Grains of Salt" pairs a bouncy bass with Nokes' infectious vocals, empowering listeners to remain true to themselves. "Don't forget to remember who the f*** you are!" they collectively shout. The band's latest entity is a reminder to check in with yourself now more than ever. And Tacocat's members are taking cues from their own music – because they sure as hell won't be losing themselves anytime soon.