Accessibility links
'The Heartland' Aims To Debunk Myths About The Midwest Though leaving no answer to the region's political future, author Kristin L. Hoganson writes a deeply researched book that will remain useful and readable long after this election cycle.

'The Heartland' Aims To Debunk Myths About The Midwest

'The Heartland' Aims To Debunk Myths About The Midwest 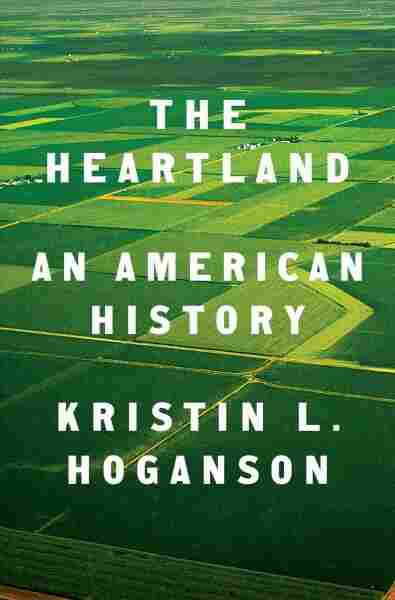 History books are often saddled — or blessed, depending on one's perspective — by the context in which they are written.

Kristin L. Hoganson's new book, The Heartland: An American History, is a product of its time — seeking to answer questions about the Midwest that have arisen since the election of Donald Trump.

What do people living there want? Who are they? As commentators played the difference between so-called "coastal elites" and everyone else, interest in understanding whether the Midwest really is the isolationist, change-averse region it was made out to be grew.

In the introduction, Hoganson, a history professor at the University of Illinois, Champaign-Urbana, describes the inaccuracies she hopes to debunk thusly:

"[The] U.S. heartland is more often seen as static and inward-looking, the quintessential home referenced by 'homeland security,' the steadfast stronghold of the nation in an age of mobility and connectedness, the crucible of resistance to the global, the America of America first."

To do this, she begins at the beginning, using the twin Illinois cities of Champaign and Urbana, rural though pushed Democratic by the large population of college students and professors, as an avatar for the region writ large. Before the European colonists made their way west, the land belonged to the Kickapoo people, a Native American and Indigenous Mexican tribe. She opens with them for two reasons: The first is that she thinks their presences has been historically undercovered; the second is to emphasize that the Midwest became part of the United States of America as we know it through forced relocation and colonization. In other words, Hoganson reframes "the heartland" from a passive place to an active one at the front lines, reshaping global politics by expanding a nation.

This framing continues when Hoganson turns to the subject of livestock trading. Before Texas and other states west of the Mississippi River became the hub of beef production in the U.S., the Midwest reigned. A central piece of this was active trade with farmers across international lines in now-Canada and Mexico. This led to a moment of multinational solidarity, where "the commodity producers of the Upper Midwest hailed [Canadian railways] as a means to advance the interests of a different polity: farmers."

Hoganson's goal in this chapter, and a number of others, including ones that focus on hogs and ecology, among other things, is to remind — or teach — readers that the Midwest's "isolationist" reputation is disconnected from its history. "From the nation's founding to 1911," Hoganson writes, "agricultural goods constituted the majority of U.S. exports. Pick up a musty old farming journal...from the Midwest and you will find aspirations of conquering the globe." Rightly orienting the region as a one-time center for international commerce where residents had the aspirations of modern conglomerates is indeed a useful addition to the conversation about place, but its usefulness in debunking the modern perception of the heartland is often wanting.

The conclusion begins by asserting that: "The heartland myth insists that there is a stone-solid core at the center of the nation," but Hoganson never establishes that this is true. For the heartland to be useful as a political cudgel only requires that a campaigner can convincingly describe the Midwest now, not as it ever was and has always been. Hoganson, then, has set up a strawman that she has, nonetheless, eviscerated.

On one hand, this is frustrating. How the so-called heartland is discussed in political discourse is fraught — and a grappling with it from someone of Hoganson's insight and intellect could be exciting to read. On the other hand, it makes no difference at all, because positioning the book as a debunking feels, mostly, like a marketing consideration. The Heartland is a deeply-researched and engaging history of what a place formerly was in a corrective's clothing.

One of the many great choices Hoganson made was including archival clippings from newspapers in between chapters. These are tangentially related to the subjects that surround their placement and they range from whimsical to serious. For example, according to the Urbana Courier from one day in 1911, "Bird vendors with a large assortment of canaries and parrots made the rounds of the business district today." From the same paper, in 1918, Hoganson has one excerpt of a dispatch from a sergeant on the front, and another describing "a shower of butterflies...it extended as far as the eye could reach and even with a telescope it was not possible to find where there were no butterflies."

Alongside these small glimpses into what an Urbana resident might have been reading on a day-to-day basis is Hoganson's writing style itself. She's clear and entertaining, at one point discussing the aristocratic names of purebred Canadian cows ("Lady Highthorn and the Seventh Duke of Airdrie") and at another relaying that people in the late 19th century considered the Berkshire hog a "pig for idealists." She also has a tendency to flip ideas on their heads, using the description of the Midwest as isolationist to discuss the variety of international plant species that populate the land and using the flyover description to discuss the lives of birds from the region.

Those who come to The Heartland seeking an answer for how to understand the Midwest and its immediate political future will not find it. They will find, instead, a much richer, deeply researched book that will remain useful and readable long after the election cycle during which it's being published.

Bradley Babendir is a freelance book critic based in Boston.