Accessibility links
North Korea Open To Denuclearization If Given Security Guarantees, Putin Says The two leaders met Thursday to discuss denuclearization and sanctions. No major agreements came out of the summit, but the two leaders said they were satisfied with the talks. 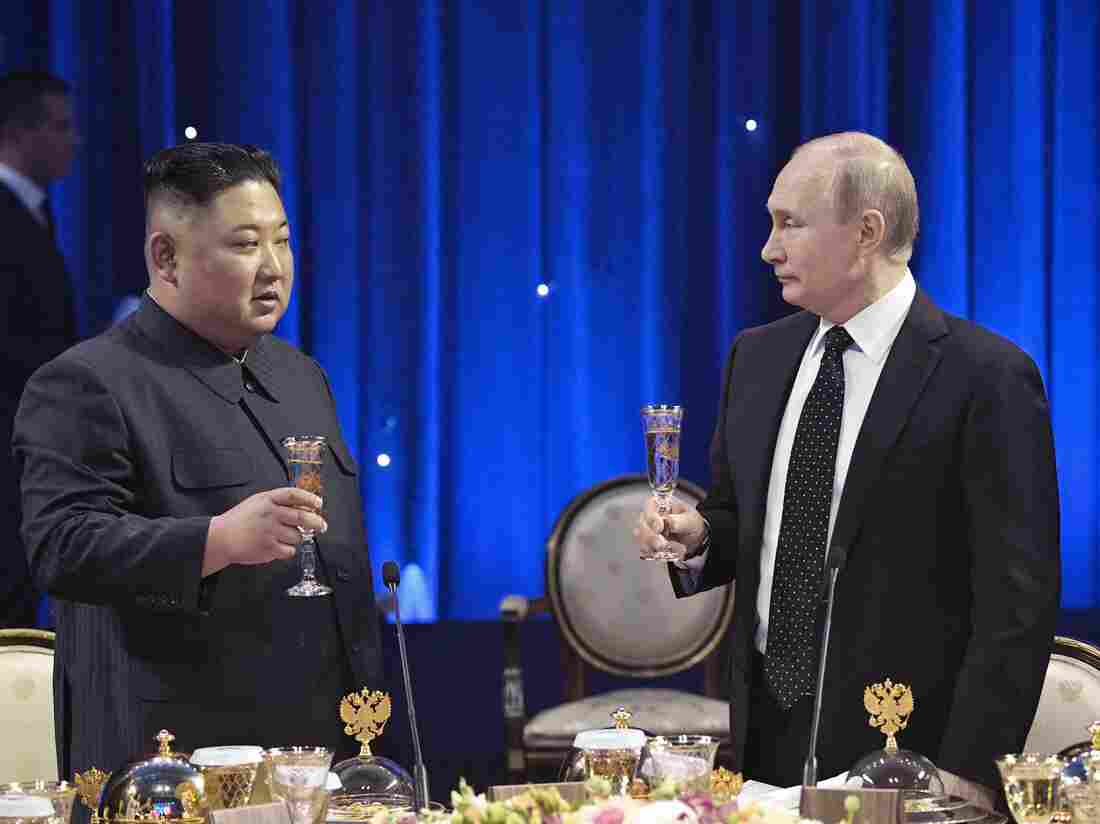 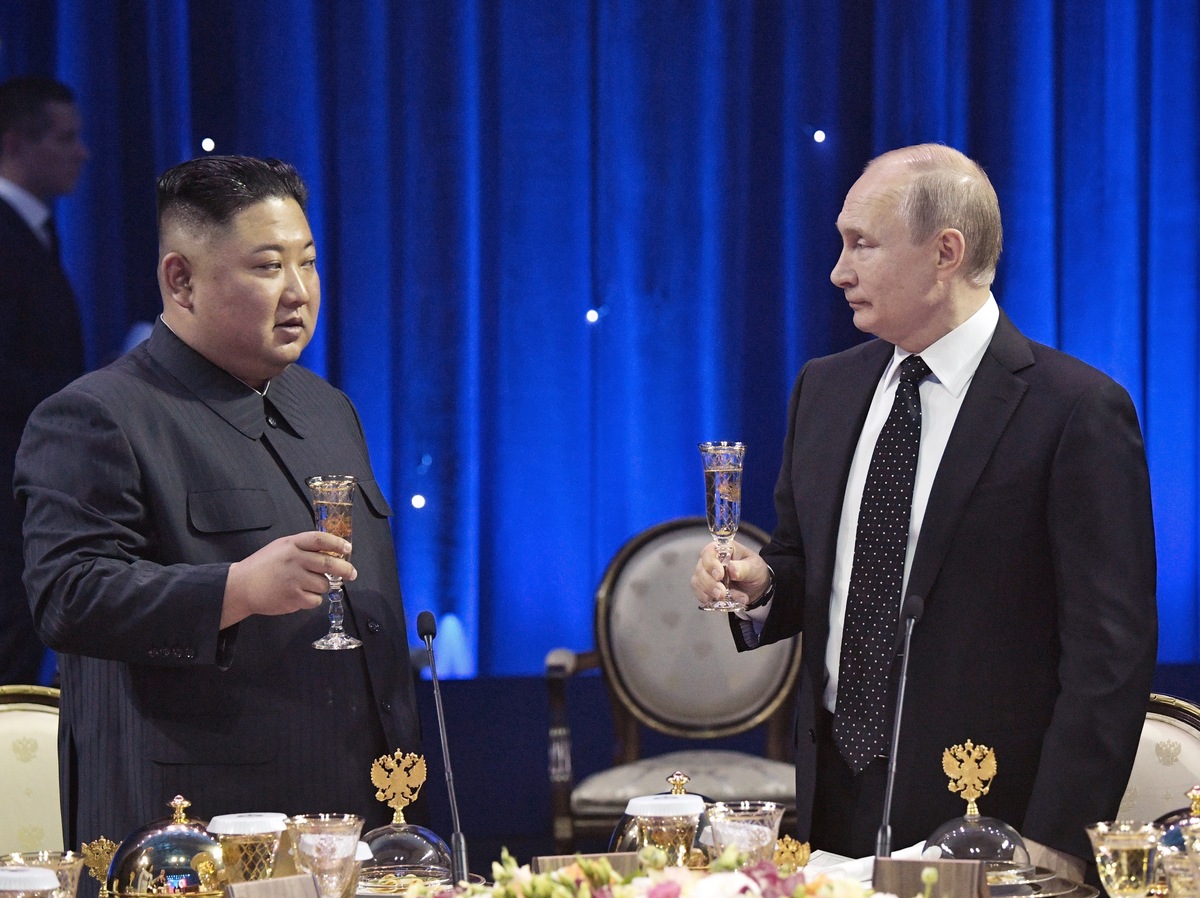 If North Korea is given security guarantees, Kim Jong Un would be willing to denuclearize, Russian President Vladimir Putin said after talks with Kim on Thursday. Their first face-to-face meeting took place on Russky Island in eastern Russia.

No major agreements came out of the meeting between the two leaders. But they said they were satisfied with the talks, which lasted two hours — twice as long as originally planned. According to Putin, they exchanged opinions on what should be done to improve the situation on the Korean Peninsula. Kim described the conversation as "candid and meaningful." Russian state TV reported that several bottles of champagne were brought into the room where the delegations were meeting.

Putin said after the talks that Kim was open to denuclearization. "Above all, he focuses on protecting national interests and security," Putin said, The Associated Press reported.

Putin also called for another round of six-party talks to discuss North Korea's nuclear program, reports USA Today. The six-party talks were a series of meetings including North and South Korea, Russia, the U.S., China and Japan, held from 2003 through 2009, until North Korea abruptly withdrew.

The talks Thursday came two months after Kim and President Trump held their own second summit, hoping to build on the general exuberance of the first one that many observers saw as symbolic. But the Trump team canceled a planned signing ceremony after the two heads of state couldn't come to an agreement on denuclearization.

There's no indication on whether Putin pressed Kim to return to stalled negotiations with the U.S. Many analysts note that Kim's visit may be a way for him to repair his image after talks with Trump collapsed, NPR's Anthony Kuhn reported. "The failure of that meeting to produce an agreement was, analysts say, an embarrassment to Kim, especially to the North Korean domestic audience," Kuhn reported.

Before the meeting, Putin said he welcomed the normalization of relations between the U.S. and North Korea. "That's not just Putin being sarcastic," NPR's Moscow correspondent Lucian Kim told NPR's Up First. "North Korea is really one of those areas where the U.S. and Russia see eye-to-eye and actually cooperate quite closely. Russia has a real interest in a lasting peace in North Korea."

Putin said he was confident the meeting would "help to develop bilateral relations and will help us understand how to reach a settlement over the Korean Peninsula, what can we do together, what Russia can do to support the positive processes that are going on right now."

Kim responded that he was hopeful the meeting would "be useful for strengthening and developing traditional friendly relations between the DPRK and Russia, which run deep."

Relations between Russia and North Korea go back a long way, Lucian Kim said. North Korea grew out of the Soviet Union's control of the region after World War II, and Kim's father also visited Vladivostok. "But today, of course, Russia also has very close relations with South Korea. And [Russia's] influence over North Korea has dropped off; North Korea looks a lot more to China as a big brother. But Russia is always eager to step in."

Kim is expected to do some sightseeing in town before returning to North Korea on Friday.