Accessibility links
How Body Positivity Can Lead To Better Health Weight stigma can hurt more than just your feelings. Negative messages about weight are actually bad for your health. In this episode, a case for ditching the obsession with weight loss and instead focusing on celebrating all different body shapes and sizes. 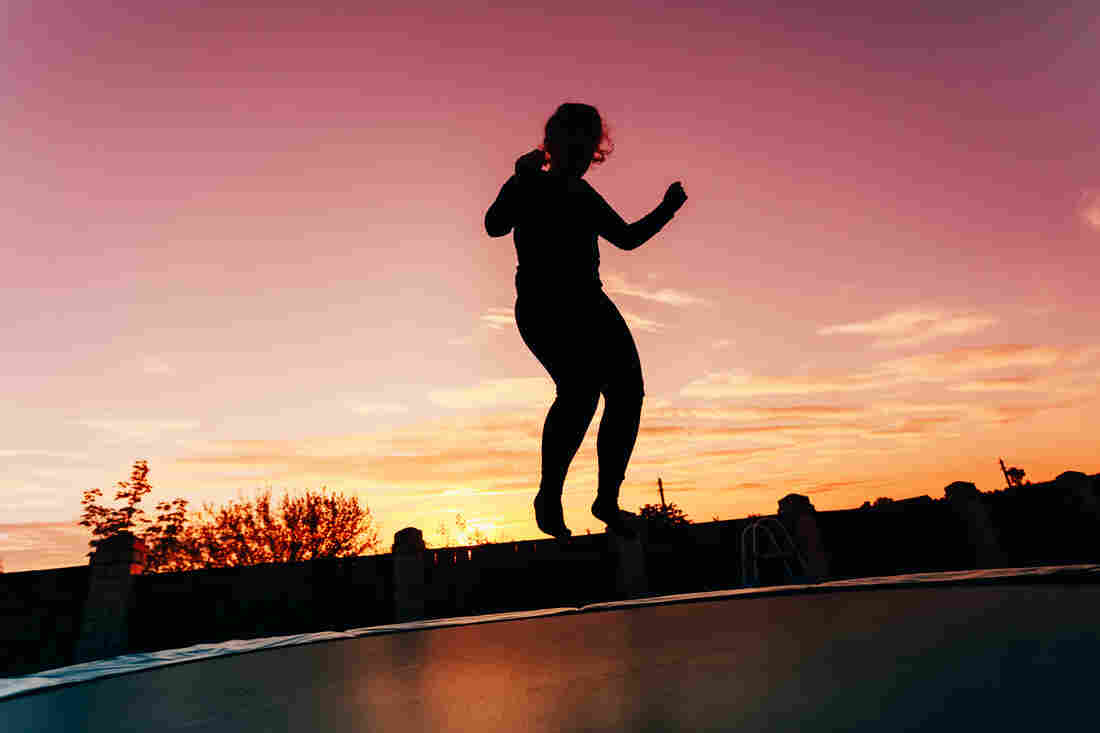 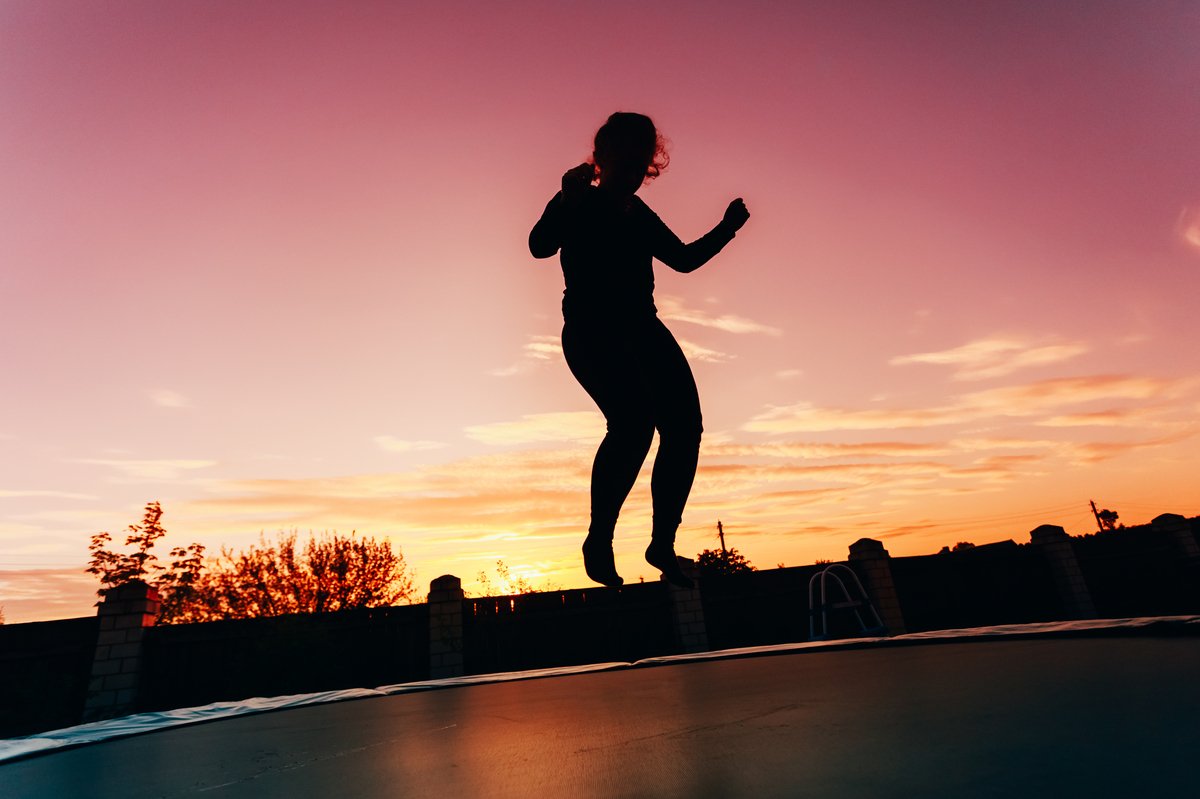 Weight stigma can hurt more than just your feelings — the truth is that negative messages about weight are actually bad for your physical health.

And while constant cultural messaging about weight and body size can be hard to avoid, there are things you can do to tune out the noise and embrace your body in its current state.

Janet Tomiyama, a health psychologist at the University of California, Los Angeles, studies stress, dieting and weight stigma. She says researchers have known for a long time that experiencing weight stigma can lead to low self-esteem and higher rates of depression.

Tomiyama also wanted to show the impact of weight stigma on physical health. To do that, she conducted a study in which people were pulled out of what they thought was a "shopping psychology" study — they were told it was because they wouldn't fit into the designer clothes set up for the experiment. Afterward, those people had much higher cortisol levels "compared to people in the control group, who weren't fat-shamed," Tomiyama says.

Prolonged exposure to excess cortisol can cause your body to deposit fat in your belly region, which is the kind of fat associated with a greater risk of heart disease and Type 2 diabetes. Cortisol can also make you eat more, and Tomiyama says stress can change your brain's reward circuits to make high-fat and high-sugar foods taste better.

"Experiencing weight stigma can sort of trigger these processes that, ironically, make you gain more weight," she says. "And that could put you at even more risk for weight stigma." The study also found that this stigma affects people regardless of their size.

2. Weight and body mass index are imperfect indicators of your health.

Do This Today To Sleep Well Tonight

You've probably run into the body mass index, or BMI, metric before — maybe in high school health class or on a chart used to determine whether you're in a "healthy" weight range.

BMI is used as an estimate of body fat based on your height and weight, but it's an imperfect metric of health. "The place where we can get into a lot of trouble is when we assume that someone's BMI is the same thing as health," says Tomiyama.

Some pro athletes, for instance, can be labeled obese based on their BMI because of all the muscle in their body. Zooming in on BMI alone can add to weight stigma and actually make people avoid behaviors that promote good health, such as cancer screenings or other preventive health care.

3. Focus on well-being by practicing healthy behaviors, regardless of your weight.

Our overall health includes not only our physical bodies but also our emotional health and our mental health, says Gary Bennett, a professor of psychology and neuroscience at Duke University and an obesity researcher.

"One of the things we as a community need to talk more about," Bennett says, "is [that] all this effort that goes into trying to change our shapes exacts a toll on our emotions that may be more risky than the health consequences of obesity."

He does say that everyone has to decide how to manage their health risks, which from his perspective could mean weight loss of as little as 3%. Evidence links minor weight loss in this range to improved health markers like blood sugar levels.

But not everyone feels that way.

Some argue that the issues of health and weight should be separated altogether. This is where Health at Every Size (HAES), a health paradigm and a social justice movement, comes in. Its leading proponent is nutritionist and researcher Lindo Bacon.

"For so many people, it's hard for them to conceive of the idea that you can work towards health without mediating it through weight," Bacon says. "What we know is that everyone can adopt self-care practices to improve health and well-being. We don't have to focus in on weight status."

Some of the tenets of HAES are controversial in the mainstream medical community. For instance, Bacon says medicalizing obesity by calling it a disease adds to weight stigma. Bacon also says intentional weight loss is never a good idea. (Statistics show that people who go on a restrictive diet are likely to regain the weight.)

HAES is still relatively new, but there is some early evidence that this approach can help move some markers of health even when weight remains the same. Some of that evidence comes from a study that Bacon published in 2005. Bacon enrolled a group of women who had obesity and were chronic dieters in a HAES intervention. They worked on body acceptance and they learned to tune in to their hunger cues, a concept that's known as intuitive eating.

"In the research study that I conducted, we found improvements in blood pressure, improvements in self-esteem, in depression levels," says Bacon. "We found that people maintained a stable weight in the Health at Every Size program."

4. A big part of well-being is learning to combat weight stigma with self-acceptance and compassion.

Don't beat yourself up if you struggle with body image sometimes. "I don't think body acceptance is just something you say to yourself you're going to do and then you do," says Bacon.

Body acceptance is a process. To start, focus on building an environment of acceptance. Start in your own home, particularly in your closet, says Judith Matz, a clinical social worker and co-author of The Diet Survivor's Handbook.

"An example of that is looking at the clothes you have in your closet and making sure that you have clothes that fit you at the size you're at now and that you actually like," Matz says.

"Instead of letting the scale determine whether it's going to be a good day or not, put your scale away for now."

Don't put off an activity until you lose weight, either, she says: "You deserve to live fully in the world in the body that you have now."

Practice self-compassion, Matz suggests. "How you talk to yourself matters," she says. "People often have a monologue inside their mind full of negative body thoughts. Instead, think about how you would talk to a friend or a child."

Find a body-positive community on Facebook, on Instagram and in podcasts, and do things that make you feel good, she says. "Maybe you notice that you enjoy a walk through a nature preserve, or maybe it's the feel of a hot shower on your body."

Finally, even if you don't experience weight stigma in daily life, ask yourself: Am I helping to perpetuate it?

Have a random life tip you want to share? Leave us a voicemail at 202-216-9823, or email us at LifeKit@npr.org. Your tip could appear in an upcoming episode.

If you want more Life Kit, subscribe to our newsletter.

This story was originally published on April 29, 2019.