Accessibility links
For Long Term Weight Loss, Focus On Healthy Habits — Not Numbers The way many of us think about weight loss is totally counterproductive. Focus on healthy habits you can sustain instead of the numbers on the scale. 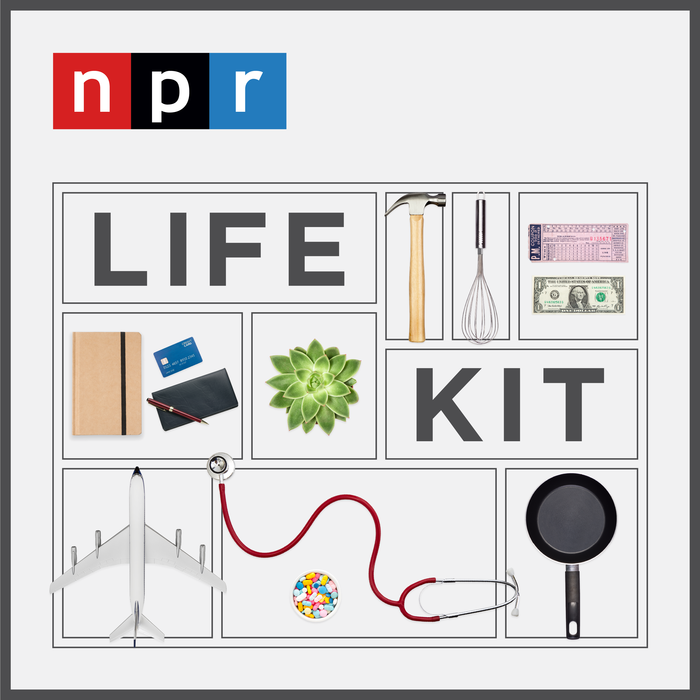 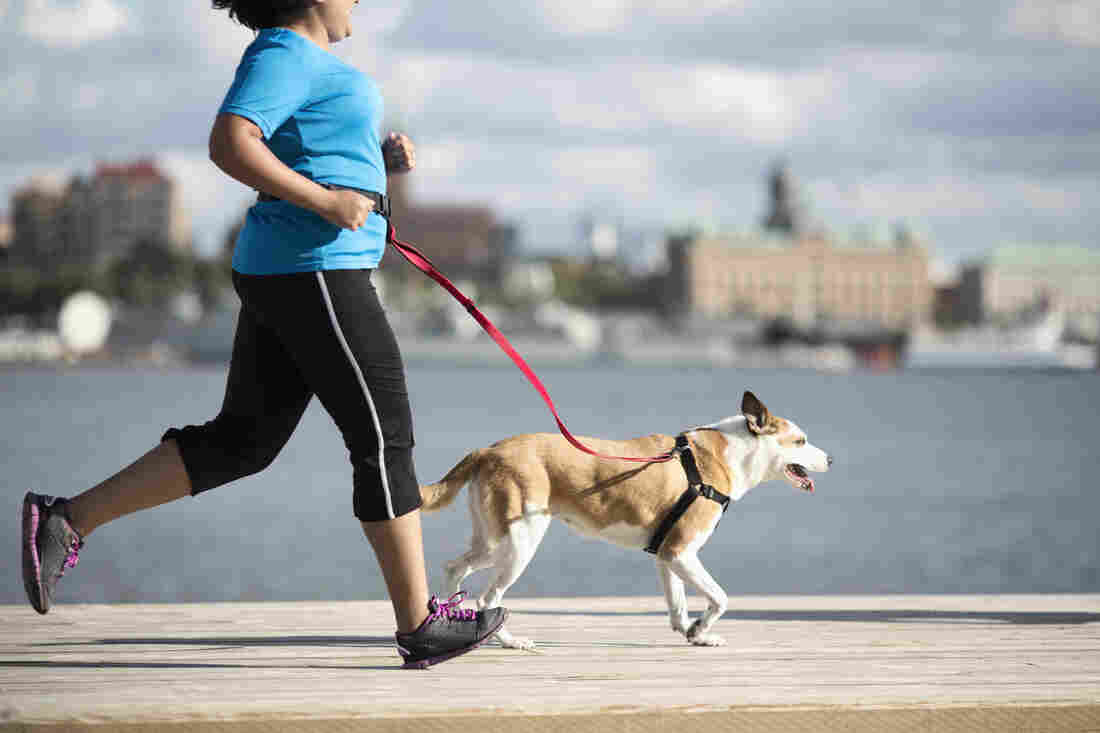 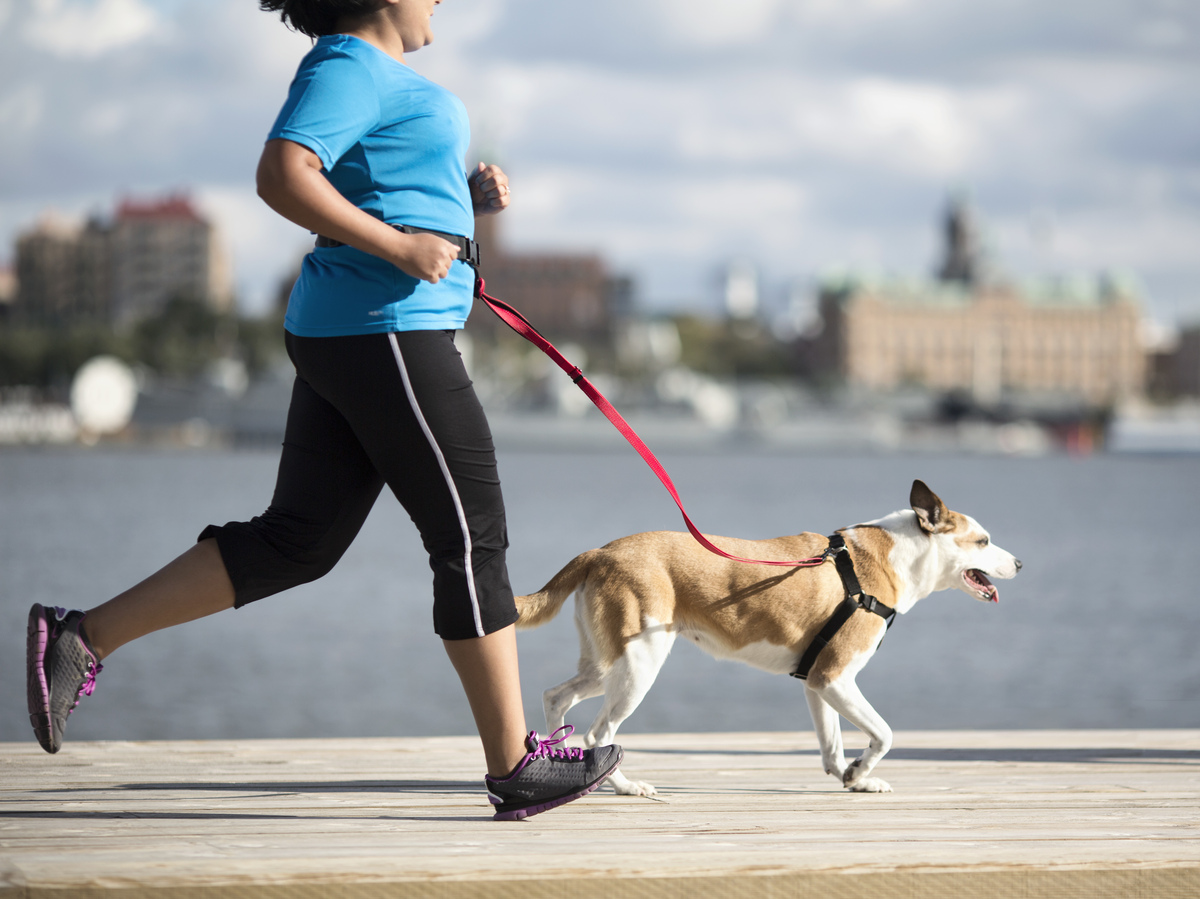 This story is adapted from an episode of Life Kit, NPR's podcast with tools to help you get it together. To listen to this episode, play the audio at the top of the page or subscribe. For more, sign up for the newsletter.

About 10 years ago, I wanted to lose some weight. So I found this cabbage soup diet. Twice a week, I would just eat cabbage soup all day long — breakfast, lunch and dinner. And after all that, I didn't reach my goal weight. I lost some weight, but eating this cabbage soup just drove me nuts. After a while, I gave up, and the weight I'd lost came back.

Which brings me to this: The way many of us think about weight loss is totally counterproductive. Here are some tips on approaching weight loss in a different way — a saner way — that might help you achieve and maintain a healthier lifestyle while being a little kinder to yourself.

There's a typical pattern to weight loss. And if you've ever gone on a diet, you've probably experienced it. Basically, people lose weight for the first four to six months, and then they hit a plateau. And then slowly, they start to regain some or all of the weight they lost. And sometimes they end up heavier than they started.

"It's hard to be restrictive for a very long time," says Gary Bennett, a psychology professor and obesity researcher at Duke University.

Research suggests that people tend to rebound after being on a really strict diet — even if that diet is more balanced than an all-cabbage approach.

"We do try this all-or-nothing approach, where all or nothing, you know, almost always brings you back to nothing," says Dr. Yoni Freedhoff, an obesity medicine clinician and an assistant professor of family medicine at the University of Ottawa in Canada.

Keeping weight off long term means liking the lifestyle that helped you lose the weight in the first place. In other words, instead of starving yourself or eating nothing but baby food or grapefruit juice (both, alas, are actual fad diets), make changes that you actually enjoy and want to stick with over the long haul. So if daily spin classes aren't your thing, how about long morning walks? Or if you just can't quit dessert, can you learn to be satisfied with a small piece of dark chocolate as a post-dinner treat? The goal, says Freedhoff, is to focus on lifestyle changes you enjoy and want to live with.

"Unless you like the life you're living while you're losing your weight, you're probably not going to keep living that way," says Freedhoff. "And as a consequence, that weight that you've lost will come back."

2. Don't aim for weight goals. Instead, focus on behavioral goals.

Our bodies, our genes, our job demands, our environments and our caregiving responsibilities are all different. All of that can affect our weight-loss efforts — and in many cases, they are factors we cannot change. So aiming for a specific number on the scale can set a lot of us up to fail.

"The scale measures the gravitational pull of the Earth at a given moment in time," says Freedhoff. "The scale doesn't measure health, happiness, success, effort or self-worth."

Instead of setting specific weight-loss goals (such as losing a pound a week, for example), Freedhoff recommends setting behavior goals that are in your control. For example, he often recommends trying to cook at home more often as a goal.

Bennett gives his patients a simple list of changes to choose from. For example: stop sugary beverage consumption, reduce alcohol intake, avoid snacks with no nutritional value, quit fast food. "You do, like, four or five of those, and you'll get pretty close to [a] 500-calorie deficit each day," he says.

A calorie deficit just means you're taking in fewer calories than you burn, and that's how you lose weight. But the weight loss isn't the focus here. The idea is that making these changes can make you healthier regardless of how much weight you lose — or even if you don't lose any weight at all.

In other words, they're goals worth pursuing in and of themselves, and they're less likely to make you obsessive. Of course, changing our behavior is easier said than done — which brings us to our next takeaway.

3. Don't try to overhaul your behavior all at once. Instead, start small and let those changes snowball.

For a lot of people, Freedhoff says a good place to start is to just figure out what you're eating.

"I am a fan of using food diaries," says Freedhoff. "I realize that's not for everybody. But doing it for a few weeks would be a very eye-opening thing for a lot of people ... what they're eating, when they're eating, how much they're eating."

Food diaries, as Freedhoff says, are not for everyone. If you have a history of eating disorders or tend to become obsessive about counting calories, stay away from them because this could trigger you. But if you can look at the data dispassionately — without self-judgment — food tracking can help you get to know yourself and your habits.

For instance, maybe there's a food you can cut back on. A couple of years ago, I started food tracking. I quickly realized that I was pouring about 400 calories' worth of creamer into my coffee every morning. That was a real epiphany, so I cut back and eventually realized just a spoonful was enough.

But a lot of people find tracking their food to be tedious. That's why Bennett tells his patients to track their goals instead. One good reason to focus on small goals: They're actually achievable, so they set you up to be able to celebrate small victories.

One of the simple goals Bennett likes to offer his patients is brisk physical activity. He remembers being approached by a patient at a health center where he worked. "She was shaking a pedometer in my face ... saying, 'Look at my steps. Look at my steps. I hit 13,000! I hit 13,000!' And then she immediately started voguing."

Small goals are going to look different for different people. It could be cooking most of the food you eat yourself or running a marathon or playing kickball with your kid after school.

"Weight loss of just about 3 percent of your body weight can really meaningfully improve your health," says Bennett. "It can change your blood pressure. It can improve your diabetes. It can keep prediabetes from becoming diabetes. It can reduce your cholesterol. So even smaller weight losses than most people imagine can really meaningfully affect health. And I think that's a real win."

But of course, a lot of the pressure to lose weight in our society is about looking a certain way. And these small, behavior-based strategies probably won't get you dramatic weight loss. "A safe amount of weight loss is one to two pounds a week. ... And, you know, people aren't always satisfied with that, I'll be honest," says Bennett.

"The challenge that we have at a societal level is that most people are thinking about losing weight for aesthetic reasons," says Bennett. "And those types of weight losses people often want to be much larger than what's required to improve health."

But studies show that roughly 90 percent of people who set out to lose weight don't end up losing more than five to 10% of their body weight long-term. Bigger losses do happen, but they're not the common experience.

5. Your best weight is the one you reach when you live the healthiest life you can actually enjoy.

"Food's not just fuel. Food is comfort. Food is celebration. Food literally reduces our body's stress hormone levels. Food is the world's oldest social network," says Freedhoff. "And to suggest that we need to exclusively eat in the name of health denies the importance of all those things. And I think those things are hugely important."

"I've used the analogy before of the Boston Marathon, where, you know, to qualify ... you need to be a very, very fast runner," says Freedhoff. Though he's a runner, he admits he would never qualify for the Boston Marathon. But that doesn't mean he's going to quit running — because he actually enjoys it.

"In weight management," Freedhoff says, "we are all programmed to believe we should all be qualifying for the Boston Marathon of weight loss. That's just not reality."

So even if you never get to a weight that the BMI charts say you should be at — or some goal weight in your head — that doesn't mean you should stop doing things that will make you healthier. Just make sure you actually like doing those things.

As for me, I could probably drop a few more pounds if I went on some super-restrictive diet. But I'm not going to do that because I refuse to be miserable. This is my life, and I plan to enjoy it.

Alissa Escarce produced the audio portion of this story, which was originally published on May 3, 2019.