Accessibility links
FBI And IRS Raid Baltimore Mayor Catherine Pugh's Home And Offices At City Hall Pugh is being investigated after receiving hundreds of thousands of dollars in payments for a self-published children's book from private companies that were subject to her influence. 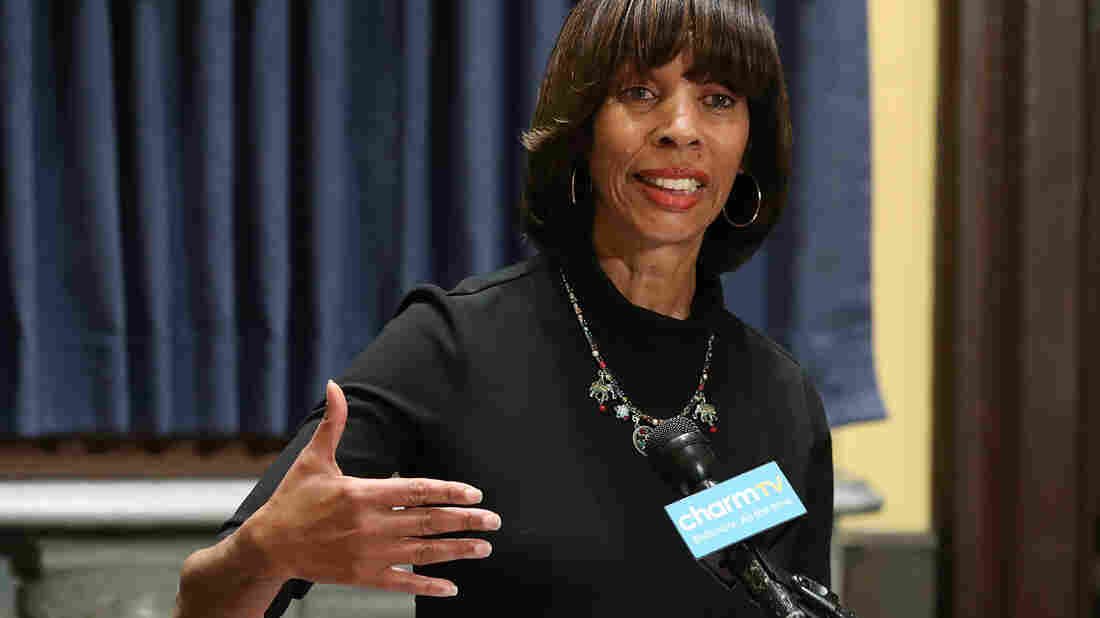 Baltimore Mayor Catherine Pugh, under investigation in connection with lucrative sales of her children's book, was the subject of a federal raid Thursday morning. Mark Wilson/Getty Images hide caption 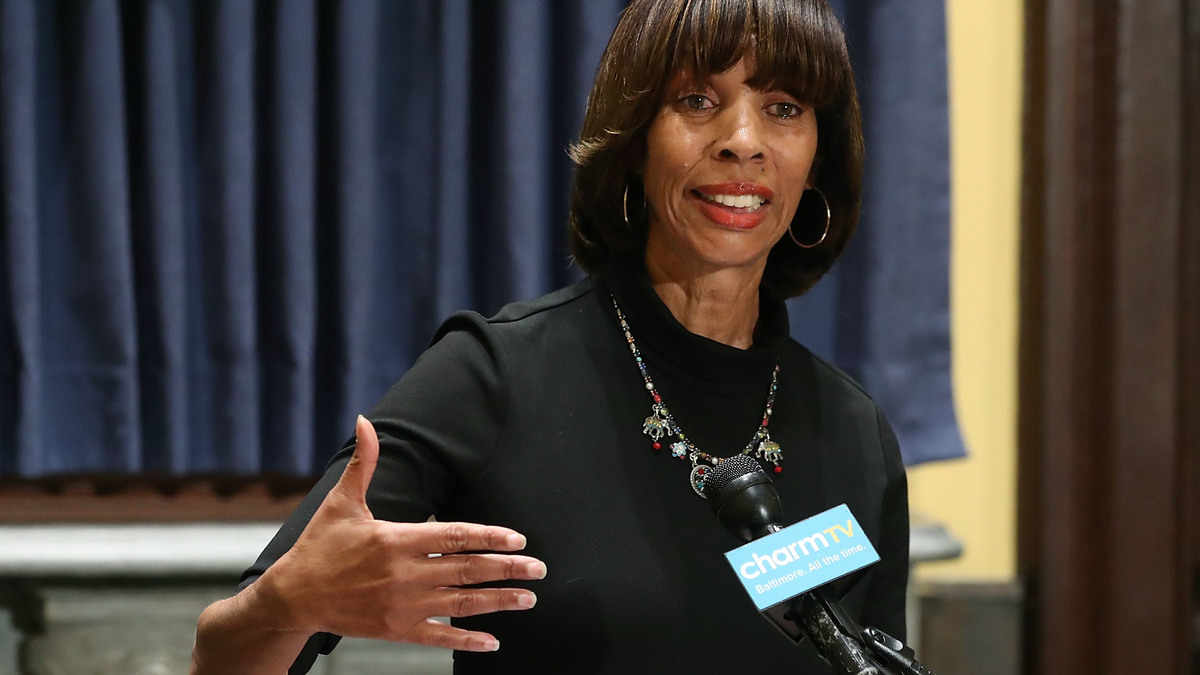 Baltimore Mayor Catherine Pugh, under investigation in connection with lucrative sales of her children's book, was the subject of a federal raid Thursday morning.

Federal agents raided Baltimore Mayor Catherine Pugh's home, part of city hall and another location Thursday. Pugh is under investigation for alleged "self-dealing" in connection with hundreds of thousands of dollars in payments for a self-published children's book from private companies that were subject to her influence.

An IRS spokeswoman tells NPR that the FBI and IRS carried out the early morning raid at Pugh's house, offices at city hall and the Maryland Center for Adult Training — a nonprofit employee center whose board Pugh once chaired. The official would not confirm whether the raids are specifically related to Pugh's ongoing crisis over her book deals.

"Now more than ever, Baltimore City needs strong and responsible leadership. Mayor Pugh has lost the public trust. She is clearly not fit to lead," Hogan said in a statement issued by his office. "For the good of the city, Mayor Pugh must resign."

The firm said it would continue "to vigorously defend the mayor, who is entitled the presumption of innocence."

News of Thursday's raids and searches was initially reported by The Baltimore Sun.

Pugh is currently on an indefinite leave of absence. When announcing that move three weeks ago, her office attributed it to health concerns — but the break from her official duties also came as questions intensified about her financial dealings.

Thursday's federal raid comes two days after Baltimore's acting Mayor Jack Young told member station WYPR that he's been in the dark about Pugh's plans — but that he would "hate" to see her return. In the past, Pugh has insisted she will resume her term.

The scandal centers on how Pugh handled sales of her Healthy Holly books, and whether she disclosed those deals. In one case, Kaiser Permanente paid $114,000 to purchase some 20,000 copies.

That deal began in 2015. Two years later, as NPR has reported, "the city's budget board, which Pugh sits on, awarded Kaiser a multimillion-dollar contract to provide health coverage for city employees. And as far as we know, Pugh did not recuse herself from that vote."

Pugh also had a previously undisclosed business contract with the University of Maryland Medical System — a private nonprofit where she was a longtime board member.

Up to this point, Pugh, a Democrat, has continued to resist calls for her resignation, even as the Maryland Office of the State Prosecutor and the city's ethics board have launched investigations into whether the book sales broke any laws or city rules.

Tens of thousands of copies of Pugh's Healthy Holly, about a young black girl who promotes healthy eating and exercise, were reportedly sold to several entities that have business with the city.

Pugh reportedly collected some $800,000 over the years in connection with the books.

At a news conference last month, Pugh apologized for doing "something to upset the people of Baltimore," saying she never intended to do "anything that could not stand up to scrutiny."

Less than two weeks later, all members of the city council except for Young, who is now serving as acting mayor, penned a two-sentence statement urging the mayor to resign.

"The entire membership of the Baltimore City Council believes that it is not in the best interest of the City of Baltimore, for you to continue to serve as mayor. We urge you to tender your resignation, effective immediately."

Please see letter from my colleagues and I to @MayorPugh50. We strongly believe that for the sake of Baltimore @MayorPugh50 should resign from office. pic.twitter.com/1oaZZkmh38

Just hours after the council sent its statement, Pugh's office sent one of her own, saying "she fully intends to resume the duties of her office" and do work "on behalf of the people of the City of Baltimore."

Pugh has been away from office since April 1, when her office announced she was recovering from pneumonia. Her office said in a statement at the time: "Mayor Pugh will be taking an indefinite leave of absence to recuperate from this serious illness."

The April 1 statement made no mention of the children's book scandal.