Accessibility links
Trump Administration Puts Offshore Drilling Plan On Hold After Setback In Court The Trump administration is delaying efforts to boost offshore oil and gas drilling in the wake of a recent court setback. The plans have been controversial, even in Republican-held states. 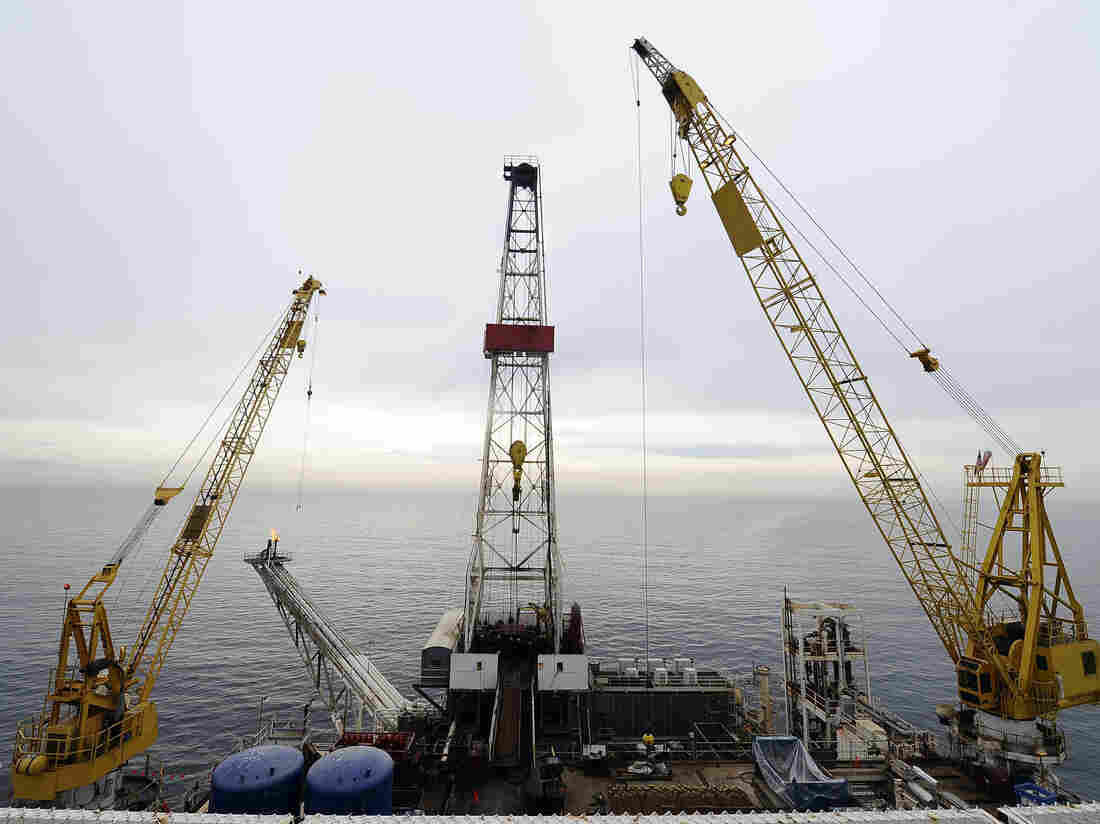 The offshore oil drilling platform 'Gail,' operated by Venoco, Inc., is shown off the coast of Santa Barbara, Calif. in 2009. A Trump administration plan to greatly expand offshore drilling is on hold after a setback in court. Chris Carlson/AP hide caption 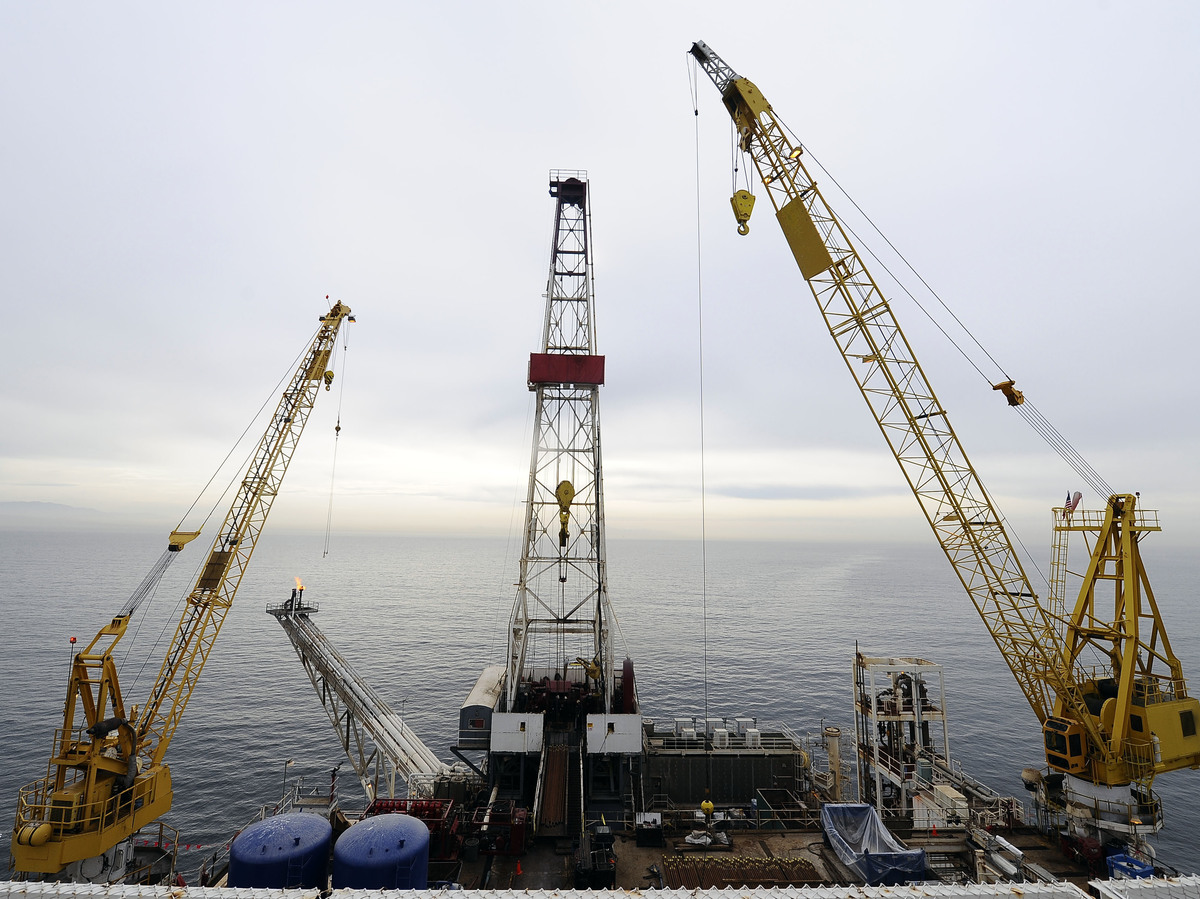 The offshore oil drilling platform 'Gail,' operated by Venoco, Inc., is shown off the coast of Santa Barbara, Calif. in 2009. A Trump administration plan to greatly expand offshore drilling is on hold after a setback in court.

The Trump administration is postponing controversial plans to greatly expand oil and gas drilling off of the nation's coasts, following a recent setback in court and months of pushback from coastal communities.

Last month, a federal judge in Alaska ruled that President Trump exceeded his authority when he signed an executive order to lift an Obama-era ban on oil and gas drilling in parts of the Arctic and Atlantic oceans.

The decision immediately reinstated those protections, and was a major blow to the administration's efforts to boost oil and gas development across the country.

While the Trump administration is expected to appeal the decision, a resolution could be a long ways off. That makes it uncertain where new oil leases may eventually be allowed.

In an interview with the Wall Street Journal, published Thursday, newly confirmed Interior Secretary David Bernhardt said that his agency may wait for the court process to play out before moving forward with plans to open up more than 90 percent of all federal waters to offshore oil and gas leasing.

"By the time the court rules, that may be discombobulating to our plan," Bernhardt told the newspaper.

Last year, the Trump administration said it would move to allow offshore oil and gas leasing in nearly all of the nation's coastal waters. The proposal was met with instant criticism from environmental groups and governors' offices along the East and West coasts.

Even some Republican lawmakers joined in the backlash.

All had been waiting months for a new version of the plan, which had been expected anytime. But during his confirmation hearing last month, Bernhardt told lawmakers that the plan was still in its beginning stages.

His interview with the Wall Street Journal was his first since being confirmed as the nation's top land steward, and appeared to put the proposal on indefinite hold.

"Given the recent court decision, the Department is simply evaluating all of its options to determine the best pathway to accomplish the mission entrusted to it by the President," Interior spokeswoman Molly Block confirmed in an email.

The plan's critics are celebrating the delay.

"This decision is the result of constant pressure from coastal communities, environmental groups, and elected officials who made it abundantly clear that offshore oil and gas drilling is dangerous, unwanted, and a threat to our economy and way of life," said Rep. Joe Cunningham, D-S.C., in a statement.

Jacqueline Savitz, chief policy officer at Oceana, says that she is encouraged by the move, "but until the Trump plan is final, the President is positioned to open up our coasts at a moment's notice."