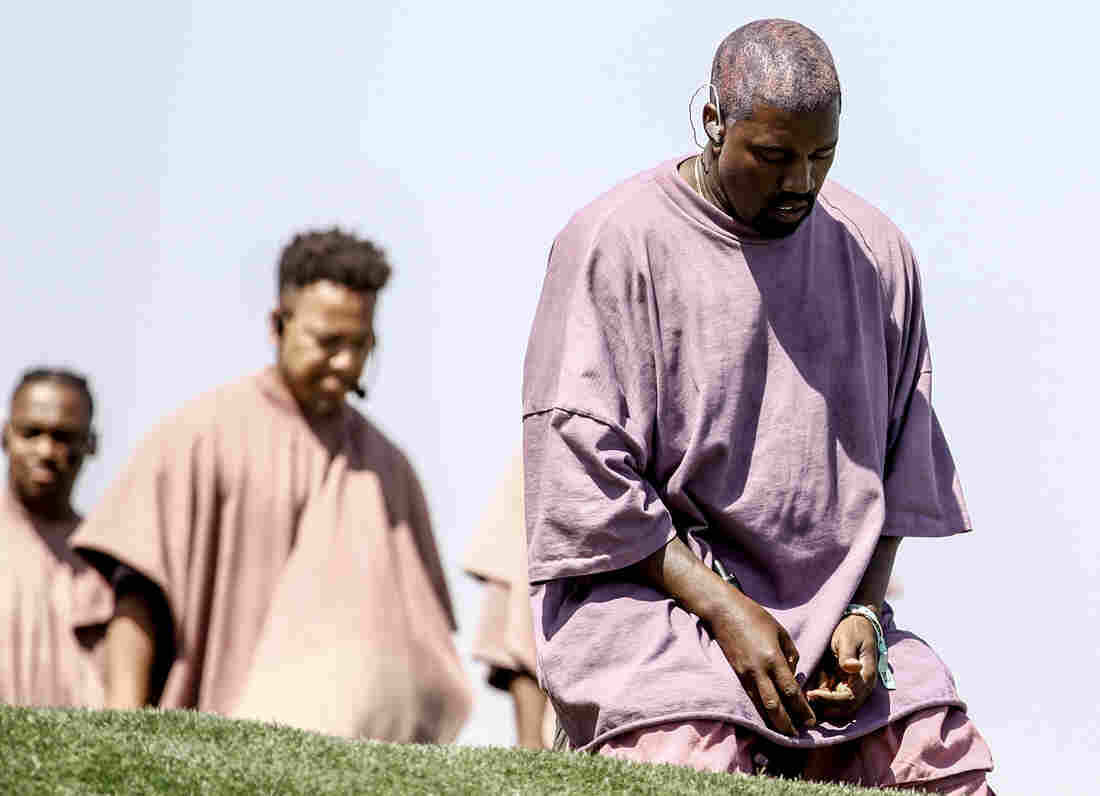 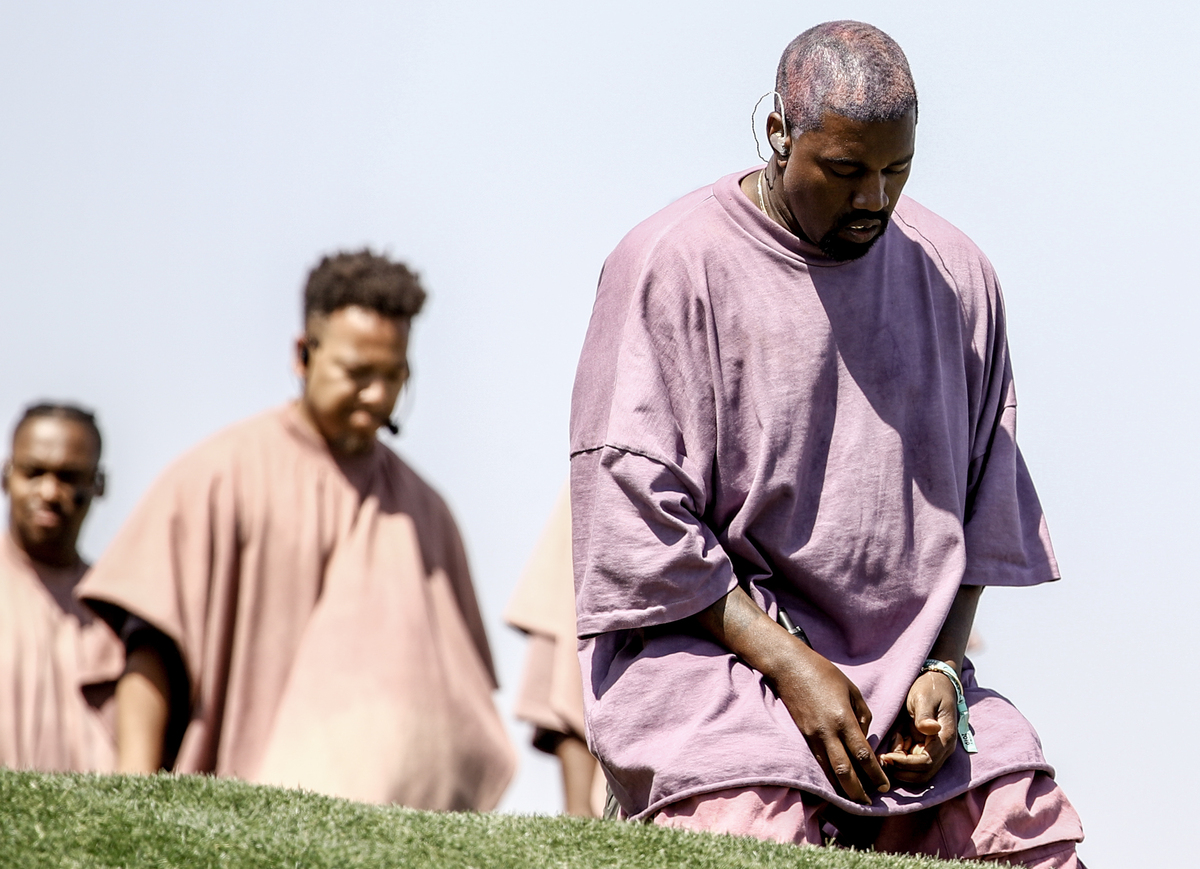 Kanye West has been rapping about God from early in his career, hearkening back to one of his first hits, "Jesus Walks" off his debut album, 2004's The College Dropout.

Now, the 41-year-old rapper is hosting what he calls Sunday Services. They're exclusive, musical worship gatherings for the rich and famous, from Katy Perry and Diplo to Tyler, the Creator. "They're held in a field in Calabasas [Calif.] or in some sort of indoor studio that's always saturated with bright, colorful light and a really good gospel choir runs through some gospel songs [and] a lot of Kanye West songs,"Jia Tolentino, staff writer at The New Yorker, explains.

West's latest Sunday Service was held last Sunday at Weekend 2 of America's premier music festival, Coachella Valley Music and Arts Festival. The performance took place on a grassy hill in the middle of the festival grounds. Performers wore faded mauve ensembles for the occasion and a sermon was given by fellow rapper DMX. Tolentino, who watched this gathering closely, says that West's services aren't so much about piety as they are about self-promotion.

2-Sided: Trying To Hear Kanye West's New Album, 'ye,' Through All The Noise

"With Kanye, it's always been this very complicated dance between whether he is worshiping God or subsuming God to his own ends," Tolentino notes. "He grew up Christian, he's spoken about that. There's always this sense though that he might worship God but never serve him. It's always seemed like God, in the end, would always serve him."

But while many celebrities have seemed to find solace in God through millennial-friendly mega churches and organizations like Hillsong Worship, the difference with West, Tolentino says, is that he is the point of worship.

"He is the church... he is the text of the sermon. It's his songs. He is the worship. He is creating a church in himself and selling it, really," Tolentino says, pointing out that the key selling point to the Sunday Service gathering at Coachella was exclusive merchandise for exorbitant prices — from $50 tube socks to a $225 sweatshirt with the words 'Sunday Service at the Mountain' across it. "It comes down to this complicated relationship between, you know, being a prophet or a supplicant," Tolentino says.

The New Kanye Reaffirms His Love For President Trump On 'SNL'

To many who've watch West in the past few years publicly grapple with his mental health and come under scrutiny for supporting President Donald Trump, these Sunday Services are a sign that the rapper is searching for redemption. Tolentino is not convinced.

"There's so much ambient hunger and desperation in so many aspects of our culture right now," Tolentino says. "The need, I'm sure is sincere. What kind of made me sad about watching it was it's just, 'Is this the thing that will fill it?' I'm not sure. It seems like the incorrect answer to an extremely real hunger."