Accessibility links
Federal Court Rules That Michigan's Congressional Map Was Unfairly Gerrymandered It's the latest ruling by a court that political boundaries are unconstitutional when they give too much advantage to one party over another. 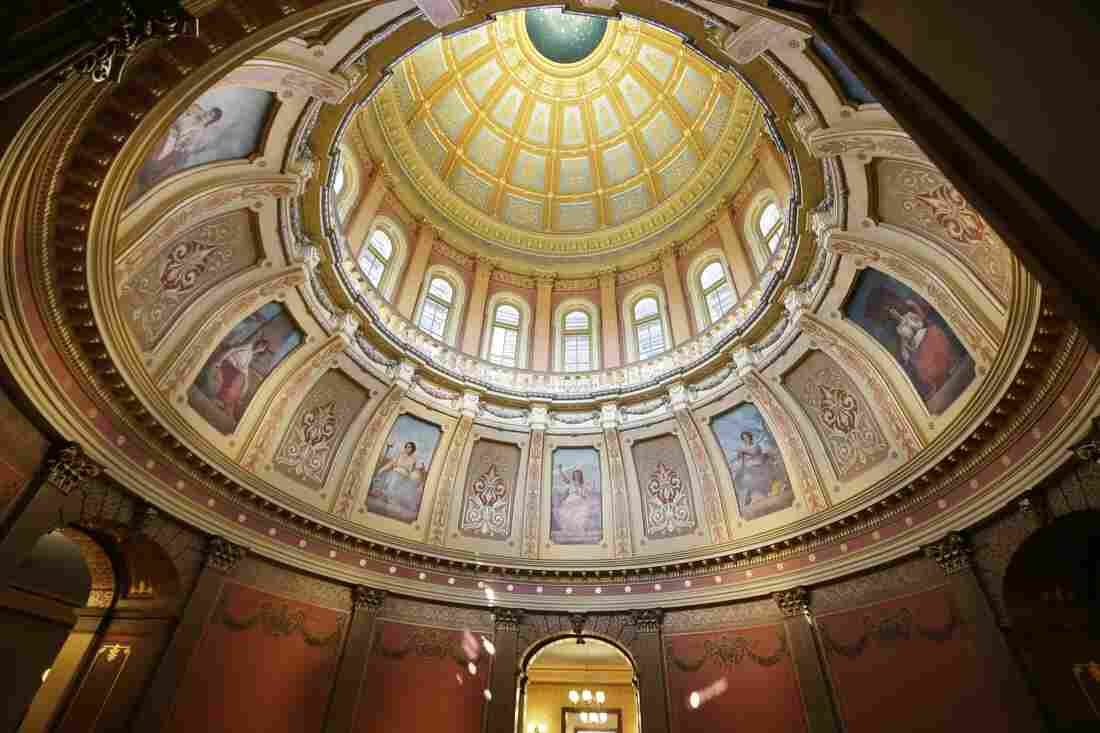 A 2015 photo of the interior of the statehouse dome in Lansing, Mich. A federal court has ruled that the state's congressional map and some state legislative districts were unfairly gerrymandered to benefit Republicans. Carlos Osorio/AP hide caption 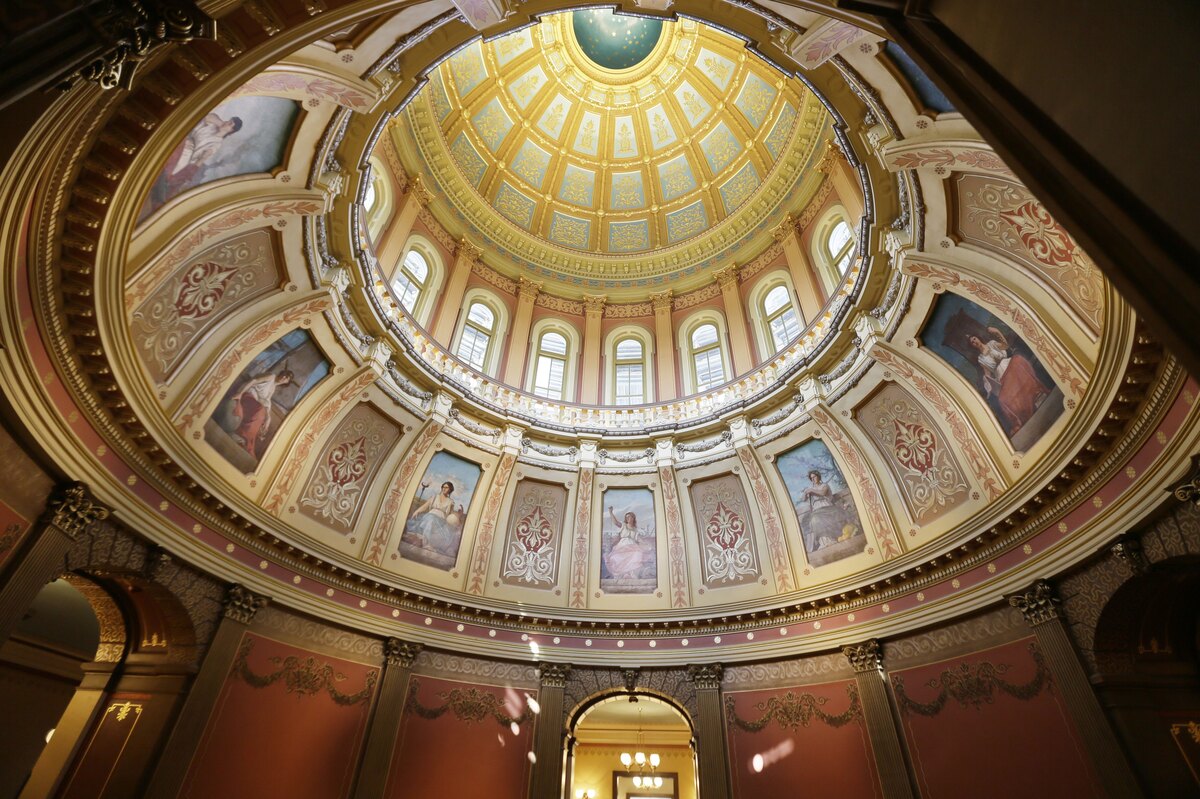 A 2015 photo of the interior of the statehouse dome in Lansing, Mich. A federal court has ruled that the state's congressional map and some state legislative districts were unfairly gerrymandered to benefit Republicans.

A federal court in Michigan says that the state's Republican-controlled legislature unfairly drew some of Michigan's state legislative and U.S. House district lines and that a divided government will have to come up with new boundaries.

"This court joins the growing chorus of federal courts that have, in recent years, held that partisan gerrymandering is unconstitutional," the judges said in their opinion.

The lawsuit was filed by the League of Women Voters of Michigan. The group said that Republicans had drawn political district lines to disadvantage Democrats, bringing out emails that the court says show a deliberate attempt by Republicans to ensure their party continued to have a majority in government.

One email said, "we need for legal and PR purposes a good looking map that [does] not look like an obvious gerrymander." The court also pointed to another email that said the proposed map "protects all nine [Republican] incumbents and it looks good."

The court said of the district maps, "the Enacted Plan gives Republicans a strong, systematic, and durable structural advantage in Michigan's elections and decidedly discriminates against Democrats."

Now, lawmakers in the GOP-controlled legislature will have to go back to the drawing board to come up with new lines for those districts that are agreeable to Michigan's Democratic governor. The court says the legislature must pass and the governor must sign into law new maps by Aug. 1; otherwise the court will draw the new maps itself.

"The court's ruling confirms that these Michigan state House and Senate and U.S. congressional districts are unconstitutional," said Secretary of State Jocelyn Benson, a Democrat.

Republicans vowed to appeal the decision to the Supreme Court, which could issue a stay pending a decision this summer on two partisan redistricting cases before it.

Last fall, Michigan voters approved a ballot measure that reduces the legislature's power to draw lines that favor one party over another. That process will affect the round of redistricting that will take place after the 2020 census.