Accessibility links
Coast Guard Officer Could Be Released Pending Trial On Gun, Weapon Charges The judge notes the only charges against Coast Guard Lt. Christopher Hasson involve drug and weapons violations and says he should be released pending trial with "a whole lot of supervision." 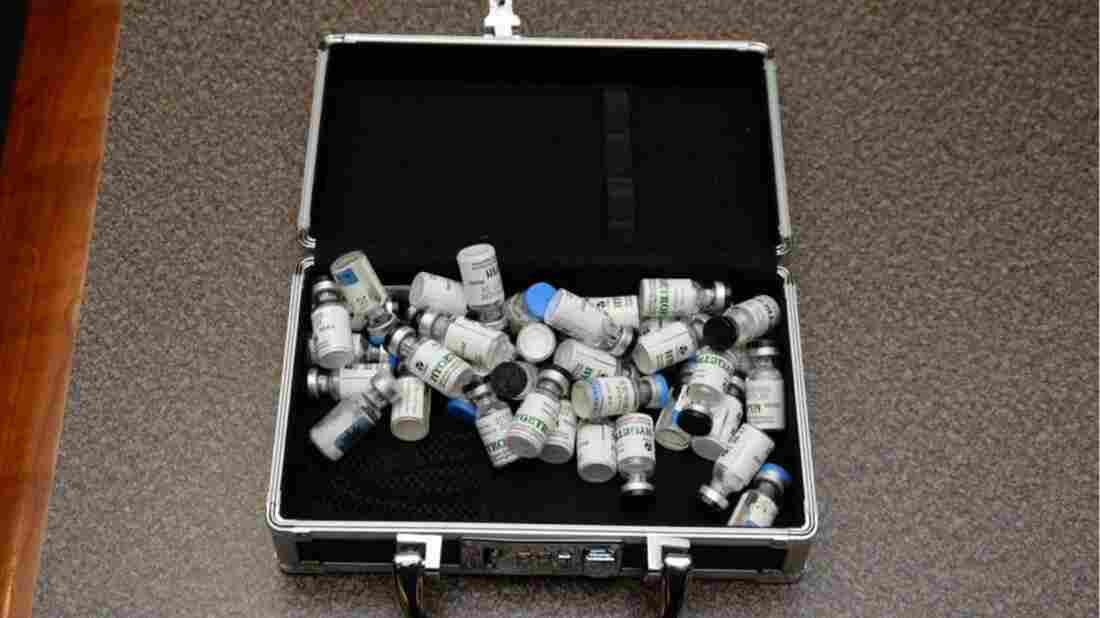 Prosecutors say these are some of the drugs found in Christopher Hasson's Silver Spring, Md., apartment. He was arrested on weapons and drug charges and is accused of plotting to kill prominent Americans. U.S. Attorney's Office/Getty Images hide caption 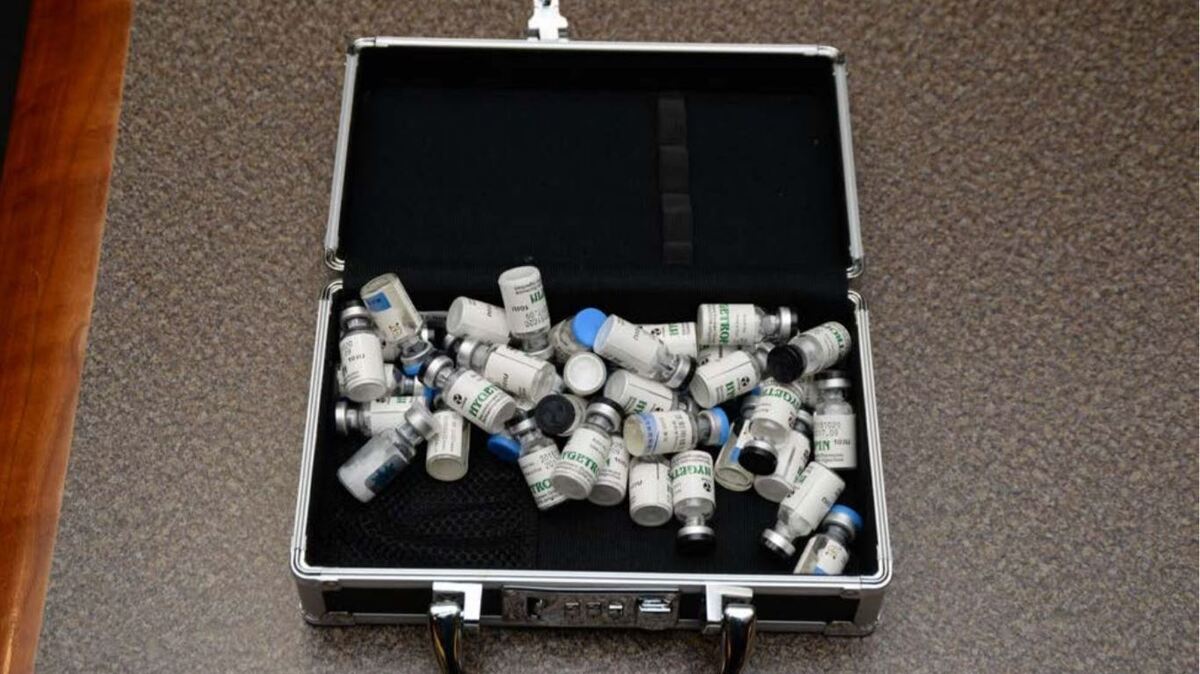 Prosecutors say these are some of the drugs found in Christopher Hasson's Silver Spring, Md., apartment. He was arrested on weapons and drug charges and is accused of plotting to kill prominent Americans.

A Coast Guard officer charged with gun and drug offenses, and also accused of drawing up a hit list of news anchors and Democratic politicians, could be released from pretrial detention if a supervision program can be worked out, a federal judge said Thursday.

Prosecutors describe Lt. Christopher Hasson, 49, as a "domestic terrorist" and believe he intended to carry out a major attack. However, the charges against him are for illegal possession of weapons and drugs, and Hasson has pleaded not guilty.

He has not been charged with any offense related to terrorism or attempted murder, and his lawyers say he should be freed on bail.

At U.S. District Court in Greenbelt, Md., Judge Charles Day said he takes seriously the claims made by prosecutors. But he also said that the charges filed against Hasson at this point do not require that he be locked up before trial.

"I do not find detention is appropriate," Day said. But, he added, "He's got to have a whole lot of supervision."

The judge said such an arrangement would need to be worked out and presented at a future court hearing. There was no immediate word on when that might be.

Hasson was arrested in February at Coast Guard headquarters in Washington. Authorities say they found 15 guns, from pistols to semi-automatic rifles; more than 1,000 rounds of ammunition, and large quantities of opioids at his apartment in Silver Spring, Md., just outside the capital. He has also been charged with illegally possessing two silencers.

The prosecution said Hasson spent hours on his work computer reading lengthy statements by mass killers. On a home computer, investigators found a list that included more than 20 names of leading Democratic politicians and prominent cable news figures. Hasson also described himself as a white nationalist.

In a court filing earlier this week, prosecutors wrote that Hasson searched the Internet for the addresses of two Supreme Court justices. Hasson also used a racial slur in a search for the "best" gun to kill black people. Shortly afterward, he looked at sites that sell guns online.

But Hasson's lawyer says there is no evidence he planned to carry out an attack and that the government is trying to prosecute him based on Hasson's Internet searches.