Accessibility links
'Ink' Goes Back In Time To Remember Rupert Murdoch Before He Was A Mogul The play chronicles Rupert Murdoch's attempts to upend the insular world of British newspaper publishing — how he bought a struggling paper called The Sun and turned it into a widely read tabloid. 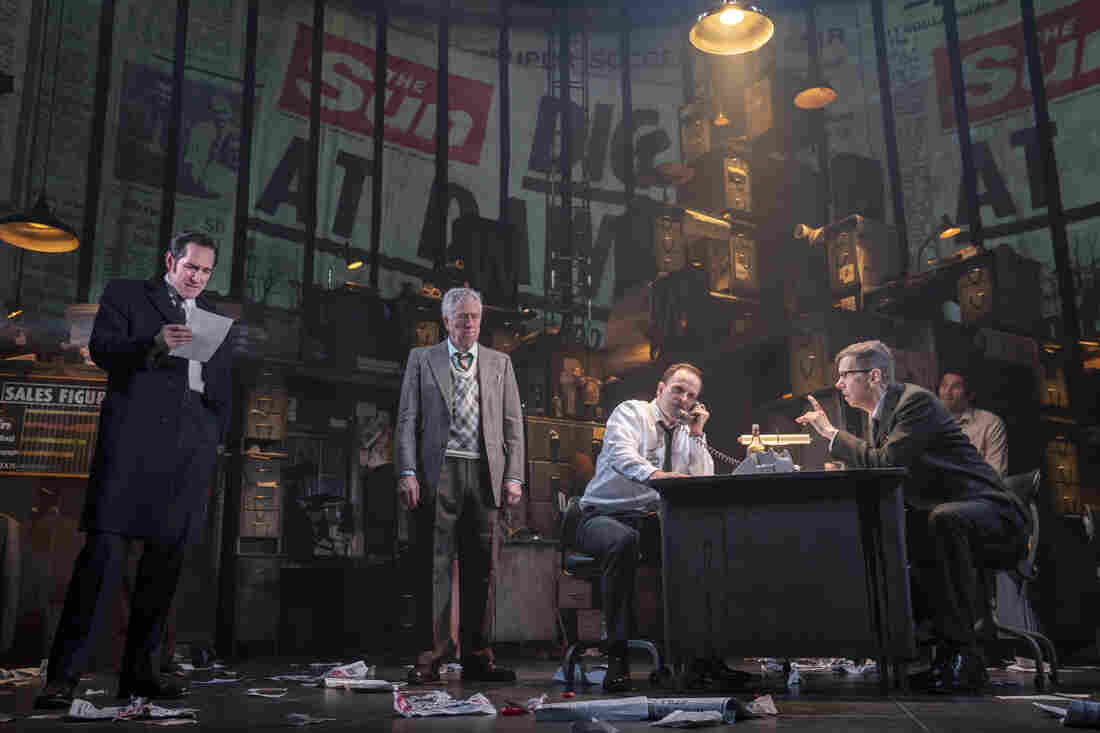 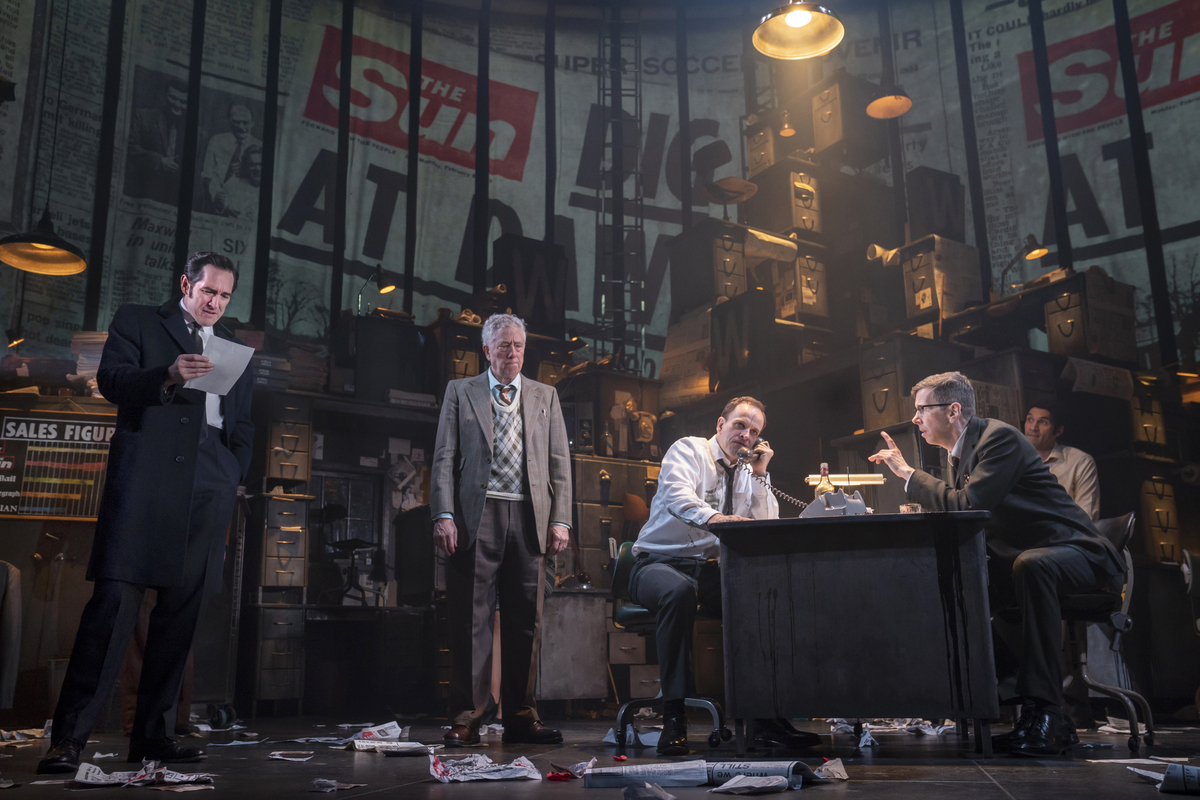 Rupert Murdoch is arguably the most powerful man in media today. But in 1969 — before he owned Fox News, The Wall Street Journal, and newspapers and networks around the world — he was a hungry 38-year-old, looking to break into London's newspaper establishment. A new Broadway play called Ink chronicles those years.

At the beginning of Ink, Murdoch meets with an ambitious editor named Larry Lamb and asks him what makes a good story. Lamb, played by Jonny Lee Miller, answers with journalism's five basics: Who, What, When, Where, Why — but Lamb wants to ditch "why."

"Once you know why something happened, the story's over," he says. "It's dead. Don't answer why and a story can run and run and run, can run forever. ... There is no why, most times. Why suggests that there's a plan; a point to things when they happen and there's not. There's just not. Sometimes s--- just happens. The only thing worth asking isn't why — it's: what's next?"

What's next is the story of a failing British newspaper, The Sun, and its rebirth as a tabloid under Murdoch and Lamb. The play was written by James Graham, who says he set out to write an "origin story" about "the predominant tone" of the news media.

"Especially when you think of Fox News and social media and the Internet, it's very loud, it's very aggressive, it's very populist," he says. "Sometimes it feels, I guess, quite dangerous. I wanted to go back to the beginning."

Murdoch, who came from a well-established Australian family, already owned newspapers in Australia and New Zealand and wanted to crack the British market. But he found he wasn't welcome, says Bertie Carvel, the actor who plays the future mogul.

"To come into the British society and be held as an outsider — and sort of almost excluded from that establishment — I think that relationship is probably key, in terms of his kind of appetite to overturn and to disrupt," Carvel says.

To do that, he enlists editor Lamb, who assembles a staff of other establishment rejects to take on the most popular paper in Britain. The Daily Mirror was filled with highbrow conversations about art and politics, Graham says. By comparison, "The Sun decided to be fun," Graham explains. "It's cheeky, it's mischievous, it's sometimes insulting. Everything is in all caps, everything screamed at you from the paper."

With the addition of salacious crime reporting and pictures of nude women on page three, The Sun became and remains the most widely-read paper in England. It was highly influential in the Brexit vote. So, when Ink premiered in liberal North London, Graham says the audience seemed taken by surprise at the play's sympathetic portrayal of upstarts taking on the establishment.

It was very strange. We said very little to one another. I shook his hand and I said, 'Well, this is weird,' and he said, 'Yes it is,' and we more or less left it at that.

He'd see audience members during intermission, "sort of gray with a shock that they'd accidentally found themselves rooting for Rupert Murdoch," he says.

Murdoch, himself, actually saw Ink in London and met the cast.

"It was very strange," says Carvel, who plays Murdoch. "We said very little to one another. I shook his hand and I said, 'Well, this is weird,' and he said, 'Yes it is,' and we more or less left it at that."

"If he loves it too much, then I'm not doing my job," Graham says. "I wanted to prosecute him. But I also wanted to be fair."

The creators didn't want to preach to the converted, either. Director Rupert Goold says theater's "great function" is to "get people into a room together" and tell them stories that may not align with their views and values: "Say, Look. We're all human here, we all have fun. We all get into trouble. We all have hopes and ambitions. That feels, like, terribly important at the moment," Goold says.

Which is one way to answer the fifth W — why.