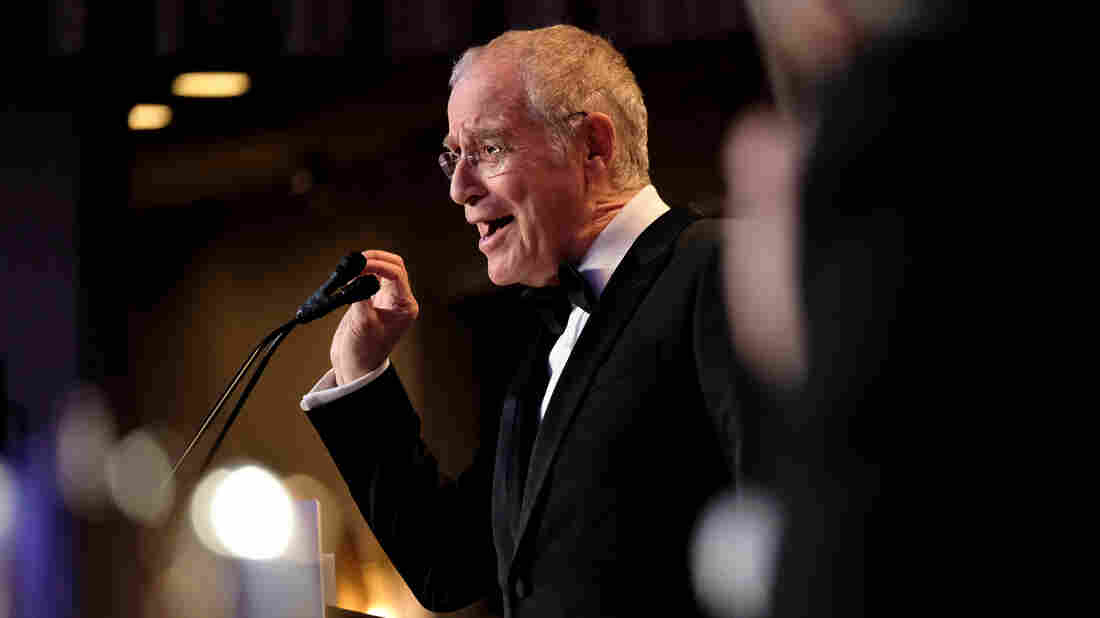 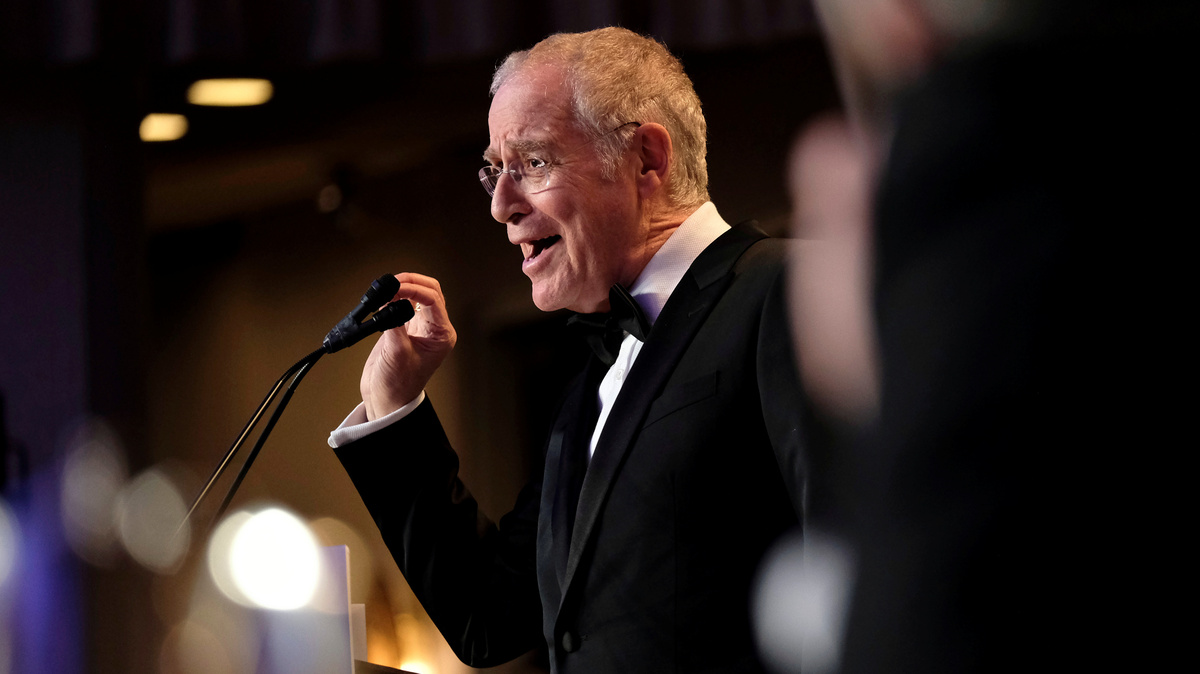 Separate events held Saturday evening in the nation's capital and a Wisconsin arena painted two divergent pictures of the press.

In Washington, the White House Correspondents' Association dinner, an annual comedic event, was light on jokes and replete instead with warnings about the consequences of attacks on the free press.

He also disparaged special counsel Robert Mueller's investigation, mocked Democratic presidential contenders Joe Biden, Bernie Sanders and Elizabeth Warren and boasted about the media presence at his rally. "Can you imagine Sleepy Joe, Crazy Bernie. ... Can you imagine any of those people up here doing what I'm doing?" he said.

"I think, Pocahontas, she's finished, she's out, she's gone," he said as well, using his preferred nickname for Warren.

The president's decision to skip the glitzy, annual event in favor of a campaign rally came as no surprise. Trump has avoided the dinner every year since he became president, breaking with more than three decades of tradition.

And while some White House officials had planned to attend as guests of the various news organizations that the event honors, the administration announced last Tuesday that it would completely boycott the celebration.

Olivier Knox, WHCA president, asked attendees of the dinner to turn their attention to journalists who are "suffering for their craft" around the world and to advocate for the release of Austin Tice, a freelance journalist kidnapped while reporting in Syria in 2012.

In another break with tradition, the evening's keynote address was delivered by historian Ron Chernow. The dinner has typically featured a comedian cracking jokes at the expense of the president, who has also usually offered up his own roast of other politicians and the media.

The change in format followed a controversial performance last year by comedian Michelle Wolf, who faced criticism for her remarks — mostly about the Trump administration — which were called "harsh" and "risqué."

Knox said he had asked Chernow to speak as part of an effort to focus the event more on journalism itself. The WHCA has previously faced criticism of the event, including that it seems extravagant, excessively cozy with the White House and removed from its stated purpose of supporting scholarships, as Politico reports.

In his speech on Saturday night, Chernow narrated the history of journalists in the White House — touching on everything from how the press once shielded the private lives of presidents to Eleanor Roosevelt's role in elevating female correspondents — as he made a case for the free press and the First Amendment.

"Relations between presidents and the press are inevitably tough, almost always adversarial, but they don't need to be steeped in venom," he said.

Chernow also offered a defense of comedians, quoting comedian Will Rogers in saying that the United States has arrived at a point where "people are taking their comedians seriously and their politicians as a joke." In that spirit, he cracked more than a few jokes to varying degrees of success, the subjects of which included the Mueller report, Alexander Hamilton ("an immigrant who arrived, thank God, before the country was full") and his own speech (a "20-minute sedative" for the evening). 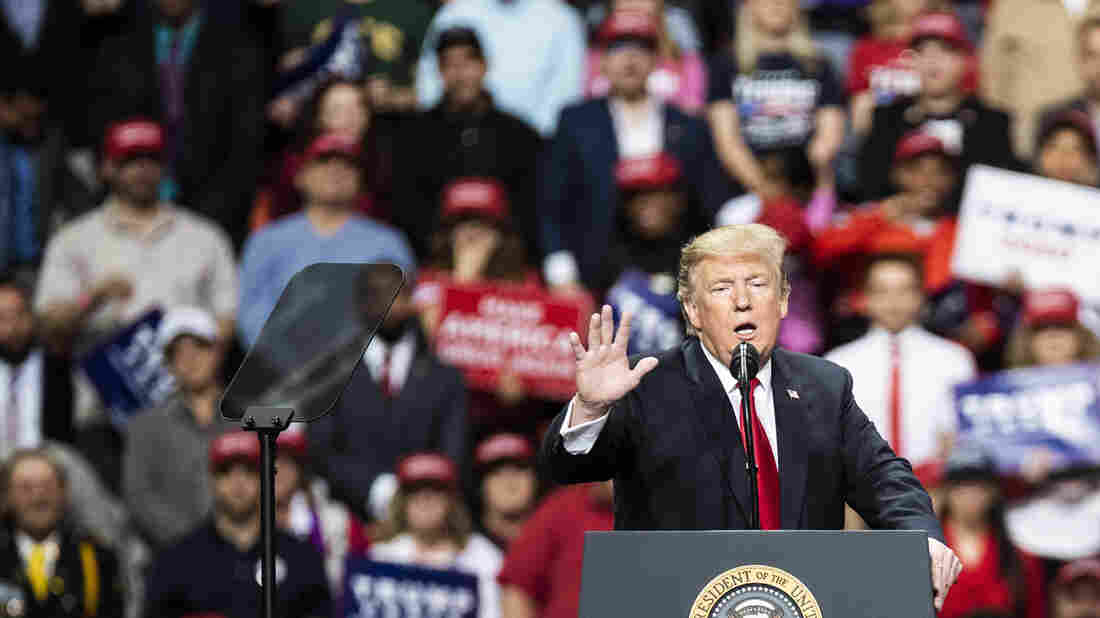 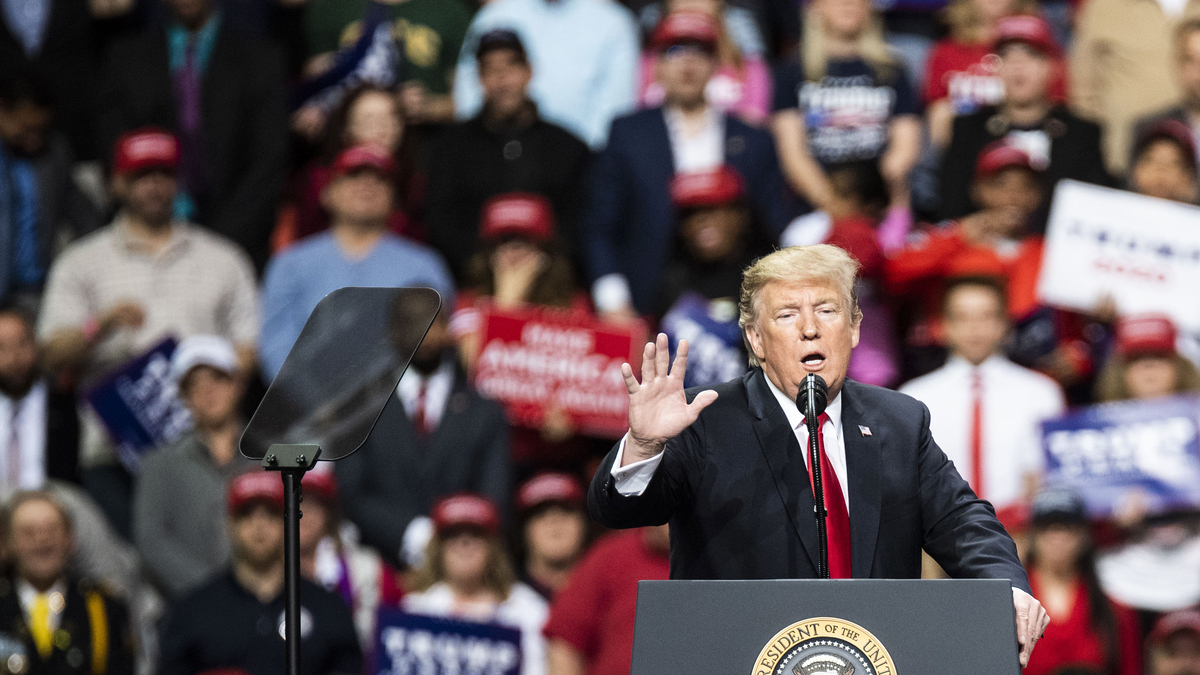 President Trump disparaged Democratic presidential candidates and the news media during a rally in Green Bay, Wis., on Saturday.

Shortly before Chernow and Knox spoke about public mistrust of journalism and a tide of misinformation, a crowd at the president's rally in Wisconsin chanted "CNN sucks" as the president joked about the network.

"I'll tell you, you know what sucks? Their ratings suck," he said. "Because people don't believe them."

Trump spent much of the night promoting the U.S. economy and talking about "unfair" trade practices from countries like India and China. He pointed to the 3.2% annualized GDP growth in the first quarter that showed the economy gaining steam — and cited job gains in Wisconsin, a state that served as a tipping point in the 2016 presidential election.

He also discussed immigration and the detention of undocumented migrants, telling the crowd that "illegal immigrants" arriving at the border have placed "a massive strain on communities and schools and hospitals and public resources, like nobody's ever seen before."

At one point he brought press secretary Sarah Sanders on stage and showered her with praise. Sanders told the crowd she was proud to work for the president.

"Last year, this night, I was at a slightly different event, not quite the best welcome, so this is an amazing honor," she said, referring to her attendance at the 2018 WHCA dinner, where she was the subject of several of Wolf's controversial cracks.

Trump also took time at the start of his rally to offer condolences to the victims of Saturday's synagogue shooting near San Diego and to denounce anti-Semitism. "Our entire nation mourns the loss of life, prays for the wounded and stands in solidarity with the Jewish community," he said.