Accessibility links
Couples And Their Money Secrets: Financial Infidelity On The Rise As many as 41% of American adults deceive their partners by hiding secret debts or accounts. Therapists say it's increasingly common, and it's both the loss of trust and resources that hurt.

When Ann and Ed Coambs met 15 years ago, she was impressed that he had his financial act together: He owned a house, had a job and managed his budget.

But years later, after they married, Ann learned something that shocked her: Ed had secretly taken out debt and hid it from her for over a year. 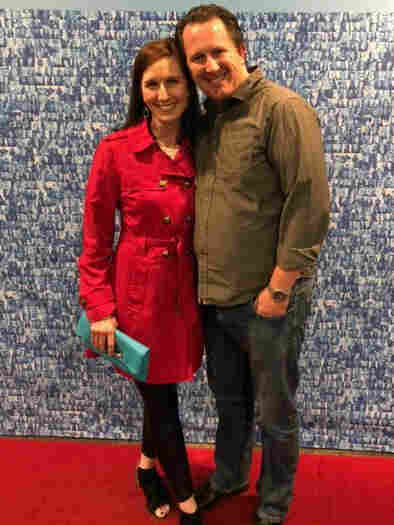 Ed Coambs borrowed several thousand dollars on his business credit card — the only account he didn't share with his wife, Ann — without telling her. Courtesy of Ed Coambs hide caption 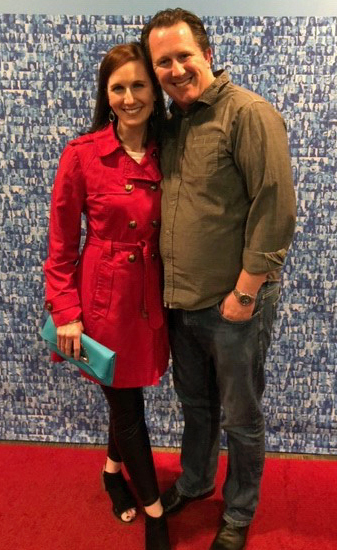 Ed Coambs borrowed several thousand dollars on his business credit card — the only account he didn't share with his wife, Ann — without telling her.

Ultimately, the truth came out: One night, after their three sons went to bed, Ed told her. Ann recalls the initial shock: "In a span of a couple minutes, you're like, 'What just got swept out from underneath me?' "

Then she got angry.

"Everything in me wanted to just yell and punch a pillow," Ann says — especially when she considered how he'd advocated for openness and transparency during their whole marriage. She wondered, "What else don't I know? What else is he hiding?"

"When that happened, the trust part was the hardest thing to get back," she says.

Getting it back required couples counseling, apologies, transparency and time. Even in forgiveness, Ann admits she resented repaying his debts.

"I feel like, 'You should bail yourself out for what you caused,' " she says.

The few academic studies have estimated that as many as 41% of American adults admit to hiding accounts, debts or spending habits from their spouse or partner.

"It does seem that financial infidelity is on the rise," says Ted Rossman, an industry analyst for CreditCards.com. That company's recent survey found that millennials are nearly twice as likely to hide money or accounts from partners than other generations.

It's easier to conceal, Rossman says, because of technology: "You can sign up for the account, you can get the statements, you can do your spending — all without anything showing up in the mail."

Every couple might differ in how it defines financial infidelity. Typical cases often involve hiding compulsive shopping or gambling debts. In others, a spouse might siphon off cash from the family's funds for a secret purpose. Either way, when the deception is exposed, it often evokes feelings of betrayal and loss of trust that can lead to the dissolution of the relationship.

"It's hard to realize someone could be so fake to you, someone you thought you understood and could read," says Megan McCoy, a professor at Kansas State University who specializes in financial therapy, a new field that combines financial advice with family counseling.

Money signifies safety in retirement or a child's college education. "And that's why money fights are nastier and last longer" and why financial deception cuts deep, McCoy says.

That is painfully familiar to Ed Coambs. He met Ann 15 years ago at a party he hosted when they were living at opposite ends of Houston. At 23, Ed already had his finances in order.

This impressed Ann, who was three years older and saddled with dental school debt. "I thought, 'Gosh, I've hit the jackpot. This is amazing,' " she says.

Within two years, they married and settled in Charlotte, N.C. In the process, they navigated a few differences in how they wanted to manage their funds. Ed, for example, argued for joint accounts.

"I never had the idea that people would, in a marriage, keep their money in separate accounts or hidden from each other," he says. His parents had joint accounts, and anything else seemed foreign.

Ann, meanwhile, says she felt skittish about that, in part because she'd watched her parents fight over money during their divorce. But the money discussions with her own husband weren't acrimonious, she says.

"Eventually I got around to saying, 'OK, let's do this,' " Ann says. So all their accounts — including those for her dental practice — were all mutual and shared.

Ed stayed home with their young boys and helped her manage her business accounts while his wife supported them. Later, he returned to school to become a therapist, but his counseling practice was slow to take off.

"I had a period of struggle," he admits. "It had to do with my own insecurities and what it meant for me to be a provider or not being a provider." That's when Ed borrowed several thousand dollars on his business credit card — the only account they didn't share — without talking to his wife.

Ironically, the practice Ed was building was based on financial therapy — counseling for couples fighting about money. Meanwhile, over the following year, the debt grew to more than $20,000, but he didn't tell his wife about it.

In many ways, Ed says, he fell into some of the typical patterns of financial infidelity. He says many people justify financial unfaithfulness because there's a disparity in income or they feel deficient. He kept his secret under wraps, all the while hoping his business would grow and he could repay the credit card debt. Instead, the debt grew. Even to him, it made no sense. He feared how Ann — who referred to him as "Mr. Financially Responsible" — might react.

He says the strain of hiding isolated and depressed him.

"For the most part, people thought, 'Well, Ed's successful, he's smart, he's capable,' " he says. "Internally, nothing else felt further from the truth."

It has been over 2 1/2 years since Ed came clean with Ann over his debt. He says he has learned to empathize with those, like himself, who break their own moral code — and with people like his wife, who work hard to forgive. The Coambs say they agreed to tell their story in the hopes it might help others in a similar position.

To those still hiding in the shadows, they say: Come forward — the sooner, the better.