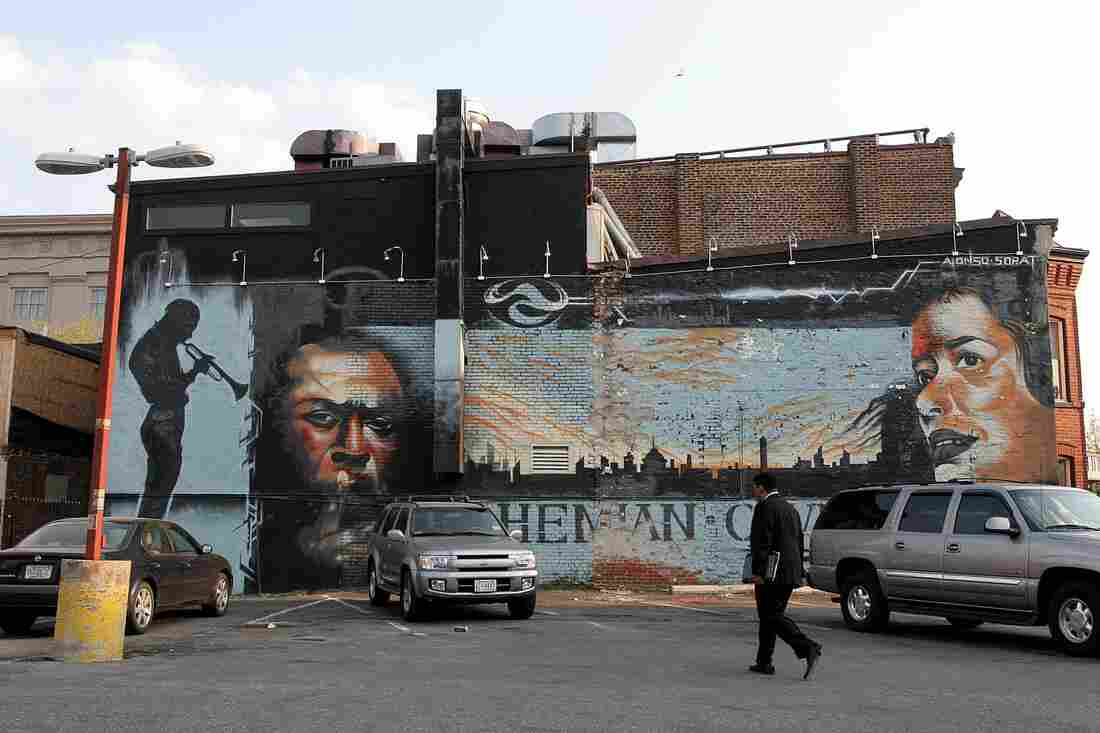 A mural depicts jazz greats Miles Davis and Billie Holiday on the side of the Bohemian Caverns club on Washington, D.C.'s U Street in 2005. Nicholas Kamm/AFP/Getty Images hide caption 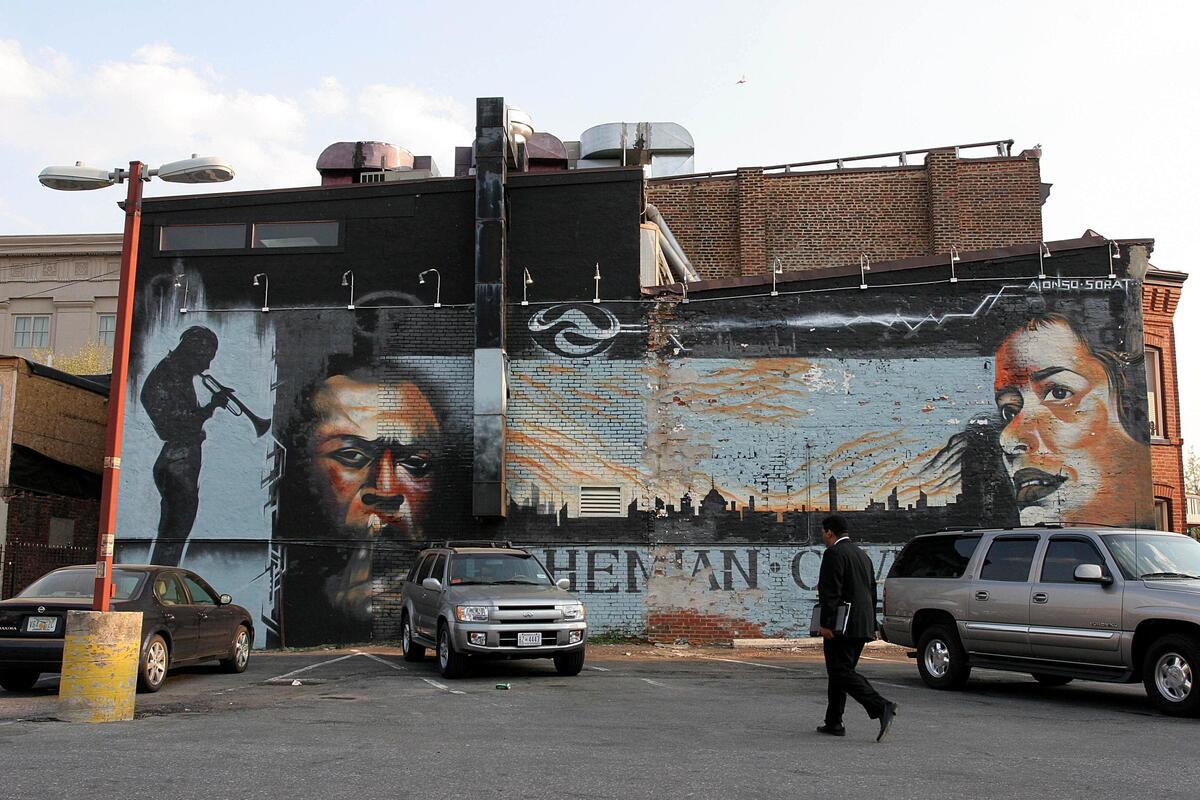 A mural depicts jazz greats Miles Davis and Billie Holiday on the side of the Bohemian Caverns club on Washington, D.C.'s U Street in 2005.

Sixty years ago, this month, Miles Davis finished recording Kind of Blue, perhaps his greatest masterpiece and still jazz's bestselling album. But it was not the only milestone recorded that year.

John Coltrane, Dave Brubeck, Ornette Coleman and Charles Mingus all cut timeless classics, which is why many fans hold that 1959 is the greatest year in all of jazz music. There are countless think pieces exploring the idea, a popular new blog devoted to the subject and even a documentary film, 1959: The Year That Changed Jazz.

"1959 began with a very special issue of Esquire magazine called 'The Golden Age of Jazz,' a full issue devoted to this idea," says Nate Chinen of member station WBGO and NPR's Jazz Night in America. "The year opens with this bold proclamation, and I think it was in some ways a self-fulfilling prophecy."

So what makes it feel so special? Chinen joined host Rachel Martin on Morning Edition to explain; hear their conversation at the audio link, and read on for highlights.

On Kind of Blue

When we talk about the 1950s, bebop — which had come out of the '40s — has really reached a sort of maturity. And bebop is all about frenetic tempos and this real sort of virtuosic mastery; Miles Davis cut his teeth on bebop. But with this album, he really makes a concerted effort to move in a different direction, and so he brings all this space and openness and these kind of languid tempos, and creates a mood. It's no secret why people love it: It just feels good.

If you want to talk about Kind of Blue as sort of a "relaxing into your armchair with a cocktail" vibe, Giant Steps is more like leaning forward in the passenger seat of a speeding race car.

It's really interesting to me that Coltrane plays on Kind of Blue, but his mind is in this other place. I mentioned how bebop is all about complexity and quickening tempos; Giant Steps is this landmark recording, and it's as if Coltrane took the complex algebra of bebop and turned it into quantum physics. He's just taking everything and ratcheting it up. [The title track] in particular has become a kind of proving ground for generations of musicians.

On Dave Brubeck's Time Out

This album was hugely popular. It was much more popular in its day than Kind of Blue or Giant Steps. And some of that has to do with how stylish it is: It's a very appealing sound, and I think you can trace this album and its intentions to what we know as fusion — and then, the stuff that later would kind of morph into smooth jazz. It's easy on the ears, even as it has a point to make.

It's not only a year that produces all these great albums, it's this pivotal moment — because every one of these points in a different direction, and lots of people have followed those directions in the 60 years since. You can go out to a club in most American cities and hear someone who's evoking any one of these ideas.