Accessibility links
U.S. And China Spend As Much On Military As Rest Of World Combined The world is spending more on the military since global figures became available in 1988. Together, the U.S. and China make up half of the world's military spending.

Global Military Expenditures Are Up, Driven By Top 2 Spenders — U.S. And China

Global Military Expenditures Are Up, Driven By Top 2 Spenders — U.S. And China 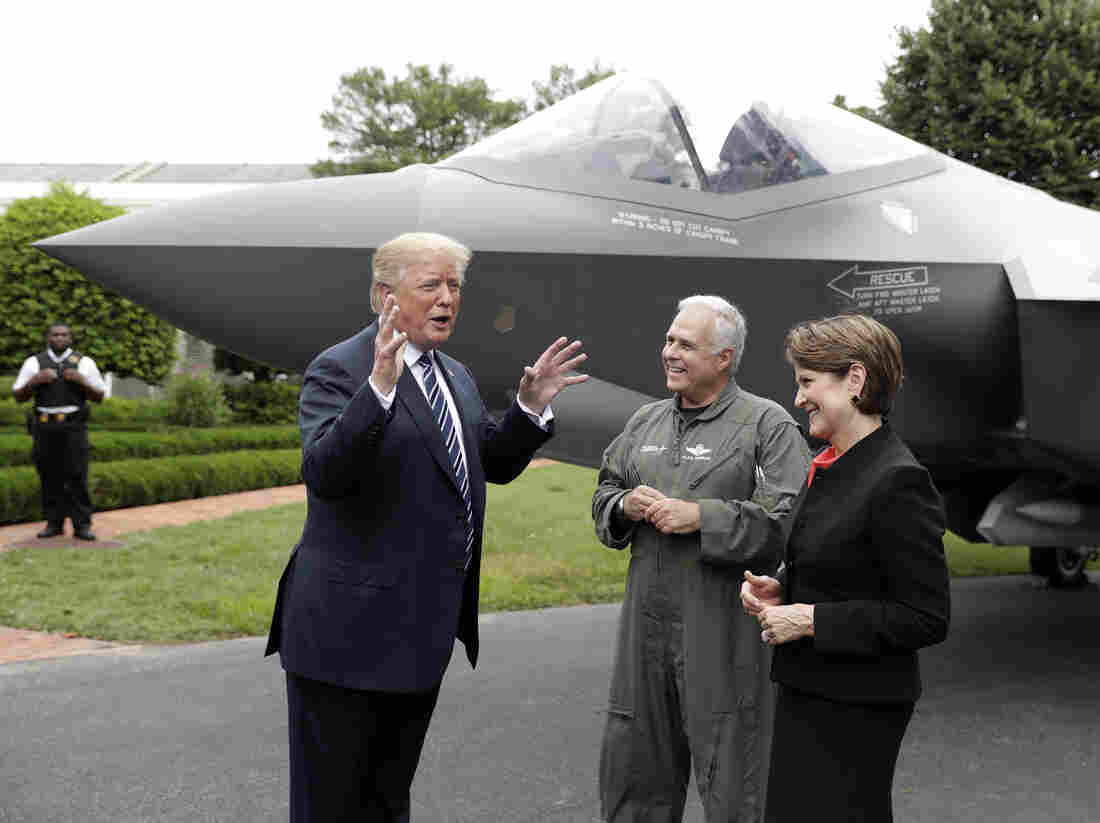 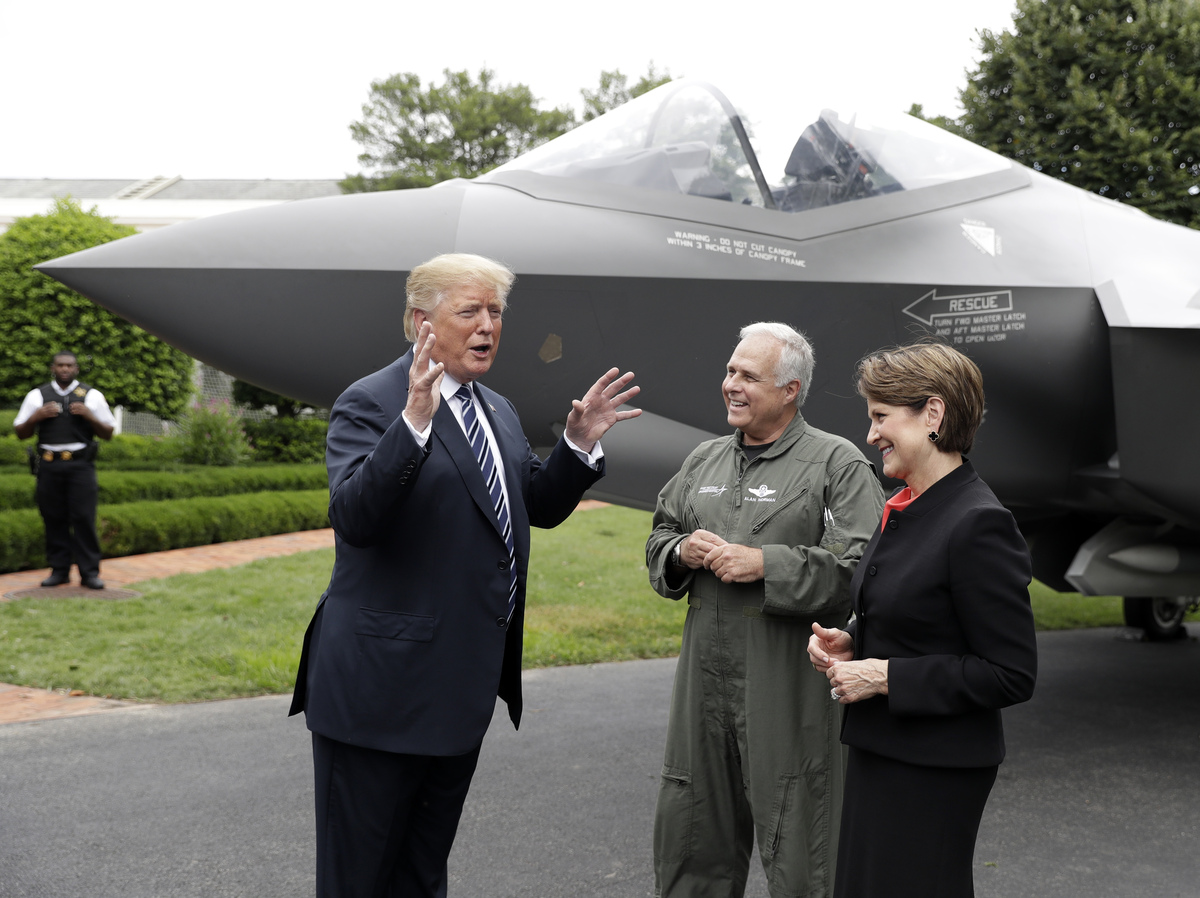 President Trump talks with Lockheed Martin President and CEO Marillyn Hewson and director and chief test pilot Alan Norman in front of an F-35 at the White House in July 2018.

Global military spending is continuing to increase, growing for the second year in a row and reaching the highest levels since reliable global figures became available in 1988. That's the finding of a new report out by the Stockholm International Peace Research Institute. Total spending is up 76% from the post-Cold War low in 1998.

The United States, China, Saudi Arabia, India and France led the world in military spending, accounting for 60% of the total expenditure in 2018. And U.S. military spending is up for the first time in seven years, by 4.6%, reaching $649 billion.

The U.S. is "by far the largest spender in the world," accounting for 36% of the total, spending almost as much as the next eight countries combined, researchers wrote. The U.S. spent $649 billion in 2018; China, which came in second on the list, spent $250 billion.

Together, the U.S. and China make up half the world's military spending, expending as much as the rest of the world combined. In fact, the "significant increases in spending" by the two countries drove total global military spending up 2.6% from 2017, researchers said.

"The spending boom is driven, above all, by the contest between America and China for primacy in Asia," writes The Economist in summarizing the report. America's increase "reflected the Trump administration's embrace of what it calls 'great power competition' with Russia and China — requiring fancier, pricier weapons — in place of the inconclusive guerrilla wars it had fought since 2001."

Russia fell out of the list of top five spenders for the first time since 2006. Its military spending decreased by 3.5% from 2017. But military spending in Central Europe was up 12%, "largely due to growing perceptions of a threat from Russia," researchers said.

Trump Hammers Away At NATO Leaders On Military Spending July 11, 2018

President Trump campaigned on a promise to boost defense spending and proposed a more than $50 billion increase shortly upon taking office. In 2018, Congress gave the military an additional $61 billion in appropriations — giving the U.S. what then-Defense Secretary Jim Mattis called "the largest military budget in history."

Trump this year has proposed increasing military spending by $33 billion — a 5% increase. At the same time, Trump is proposing cutting spending on diplomacy and development by $13 billion, or 23%. Trump has also criticized American allies in NATO for not spending enough on defense.

Some retired U.S. military officers have urged caution in proposed diplomatic spending cuts. "The diplomatic and the military go hand in hand," Gene Renuart, former commander of the U.S. Northern Command, told NPR's All Things Considered last month. "We can almost guarantee there will be another crisis somewhere in the near horizon. And we hope in most of those cases, that can be dealt with through diplomacy and foreign aid," he said. "But if we don't have the diplomatic tool to use, then the only option left is the military."

Because of incorrect information provided by The Associated Press, a previous photo caption misspelled Marillyn Hewson's first name as Marilyn.