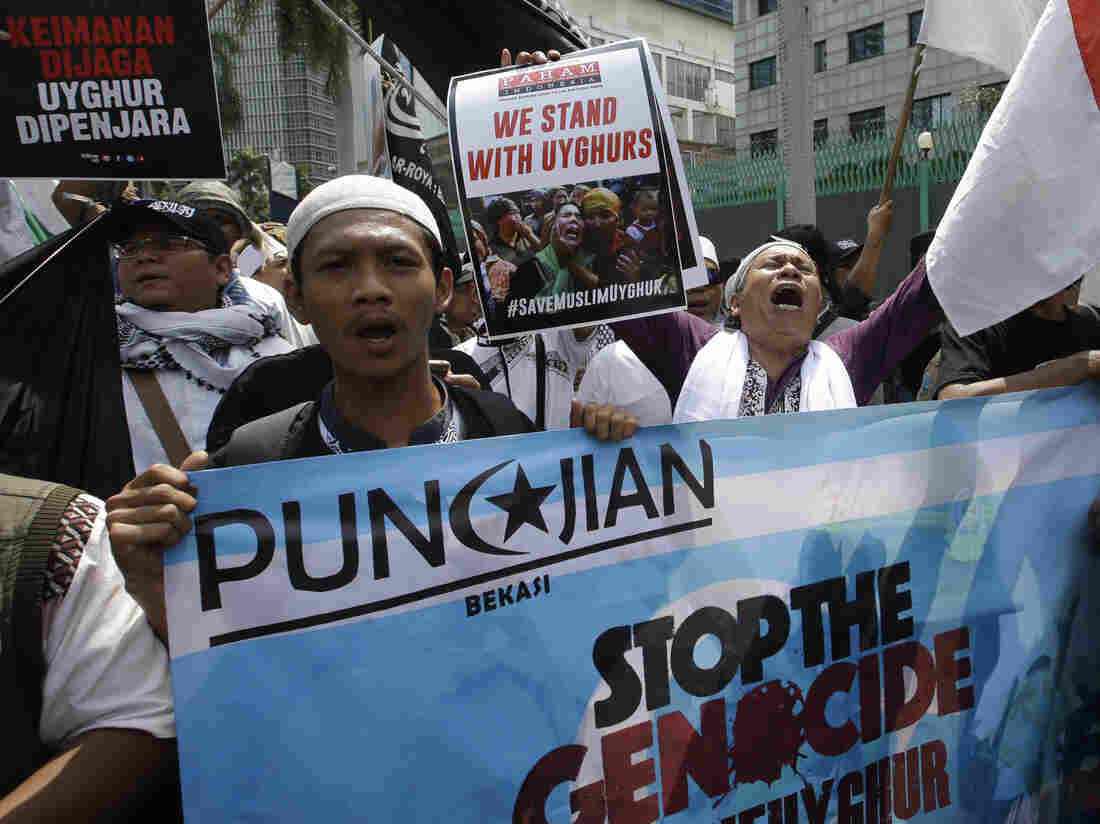 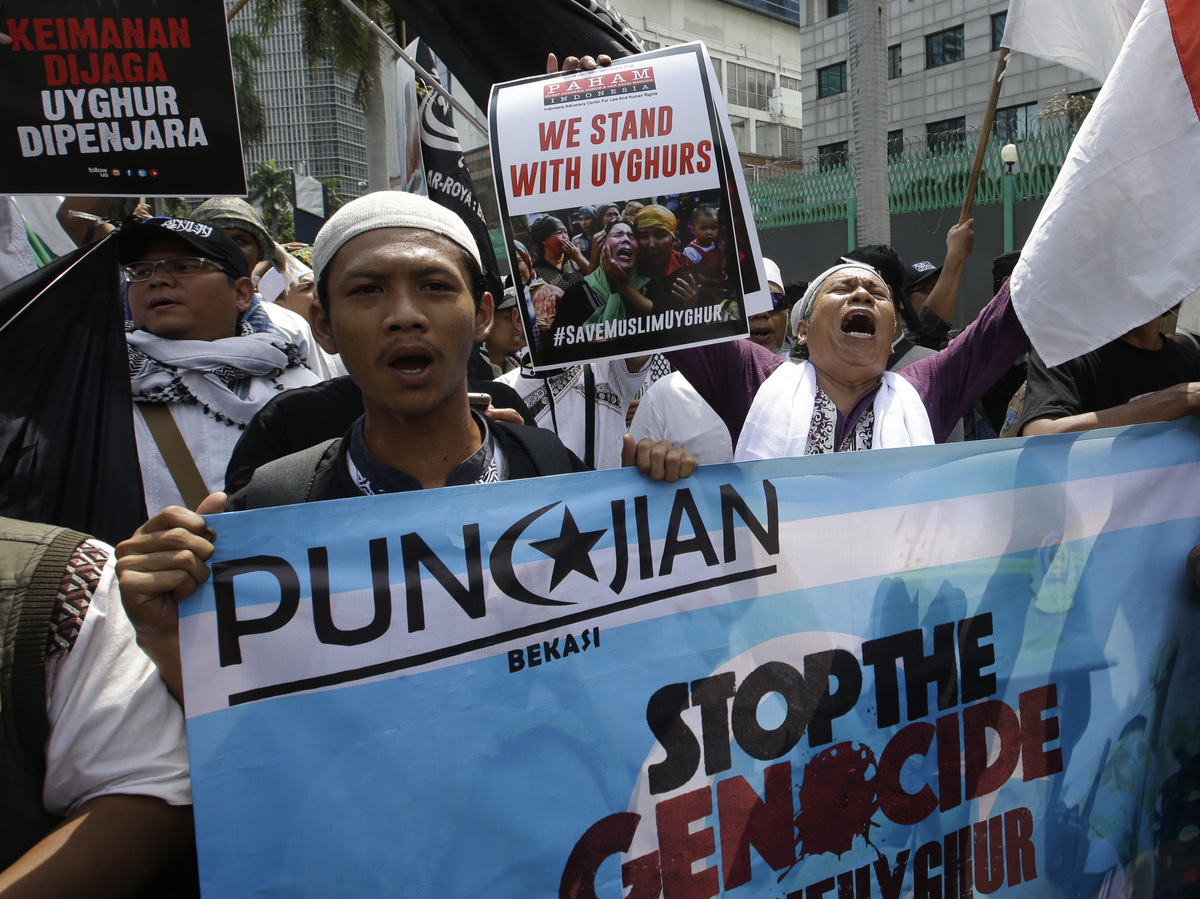 Outside the Chinese Embassy in Jakarta, Indonesian protesters in 2018 demand an end to China's mass detention of Uighur Muslims. On Monday, the United States Commission on International Religious Freedom released its 20th annual report.

The U.S. Commission on International Religious Freedom has released its annual report in the aftermath of attacks on mosques in New Zealand, churches in Sri Lanka and synagogues in the United States.

"It's coming at a time when religious freedom concerns, for lots of reasons, are getting more attention across the board," USCIRF Commissioner Johnnie Moore tells NPR.

The 2019 report identifies 16 countries that engaged in or tolerated egregious violations. China sits prominently on that list. "It takes the strongest stance against China in the history of the USCIRF," Moore says.

In the midst of trade discussions with the United States, Chinese authorities detained as many as 2 million Uighurs, an ethnic and predominantly Muslim minority, the report says. "We believe it's partially an intent to solidify China's hegemony in the world," Moore says. Concerns for the safety of Uighurs aren't new; they were included in the first USCIRF report.

The Chinese government also raided or closed hundreds of churches, banned unauthorized religious teachings and continued a practice of surveillance of Tibetan Buddhists, the report says.

Russia continued a downward spiral of religious liberty, using the pretense of combating extremism to repress minorities. Authorities investigated 121 Jehovah's Witnesses and imprisoned 23 members of the Christian domination, according to the commissioners. Some $90 million in church property was taken from the community.

Jarrod Lopes, spokesperson for Jehovah's Witnesses at the New York world headquarters, tells NPR that troubles persist in Russia. "Since last April, there hasn't been a month without a home raid — usually several each month," he says. In February, the organization said agents stripped worshippers naked, doused them with water and shocked them with stun guns.

"As any reasonable person would imagine, it's definitely not easy for Jehovah's Witnesses in Russia to live each day not knowing what tomorrow will bring," Lopes says. The group was outlawed in 2017.

For the first time last year, the report says, the U.S. State Department placed Russia on a Special Watch List for governments linked to grave violations.

In Myanmar, where nearly 88% of citizens are Buddhist, religious minorities found little justice. The government and military denied there was a campaign to extinguish Rohingya Muslims through systematic rape, torture and mass killings.

Its designation as a "country of particular concern" came even as the government granted visas for 3,500 Indian Sikhs to visit historic temples and Prime Minister Imran Khan publicly defended a Christian woman who was on death row for allegedly insulting Islam.

Among the other countries with egregious religious freedom violations were Syria, North Korea, Saudi Arabia, Sudan and Iran, where a senior official led an anti-Semitic conference and accused Jews of "manipulating the global economy and exaggerating the Holocaust."

The report also names five entities as violators of religious freedom, including ISIS and the Taliban in Afghanistan. Yemen's Houthi rebels are new to the list.

The report informs U.S. policy and is heard across the globe, Moore tells NPR. "Literally in the last four or five months, three prisoners of conscience that were advocated for [in the past] were released in Iran, in Pakistan and in Turkey."

USCIRF also announced Monday that it will launch a database of victims in places with the most systematic, flagrant and sustained violations. The commission says it will start collecting data later this year.