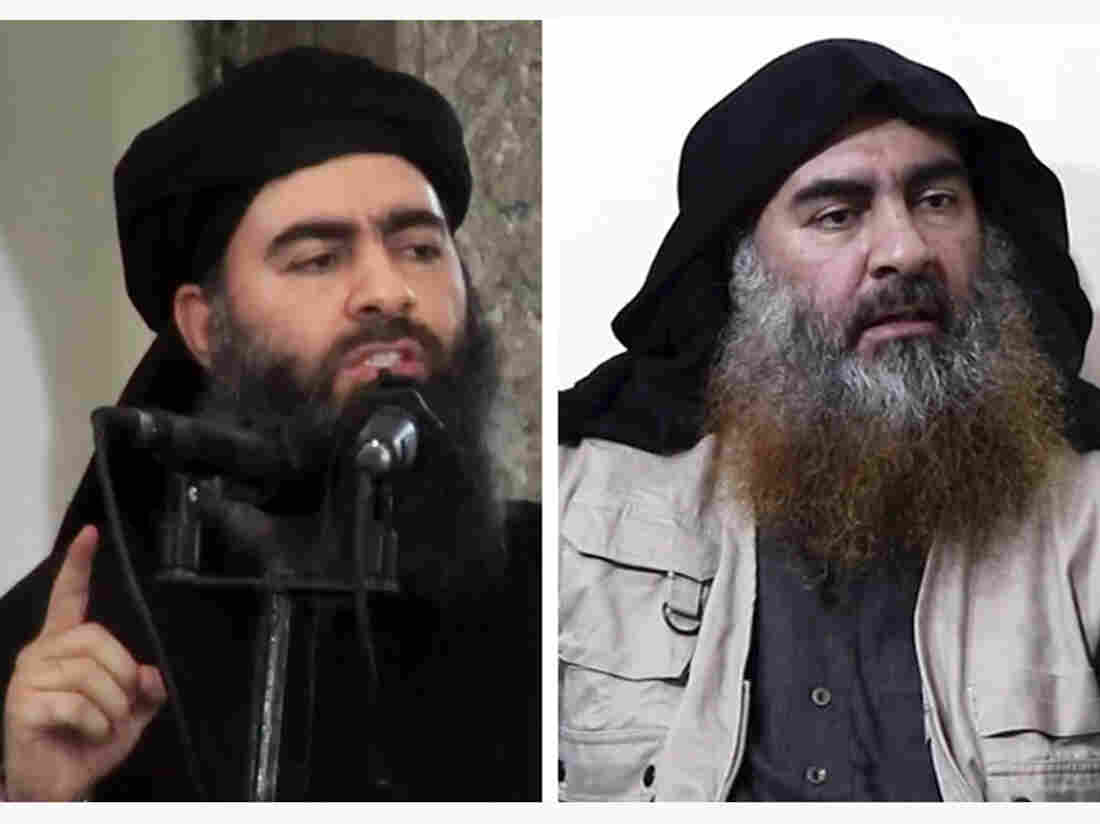 Islamic State leader Abu Bakr al-Baghdadi in his first public appearance in Mosul, Iraq, in July 2014 (left) and in a video released Monday that purported to show him speaking to supporters. AP hide caption 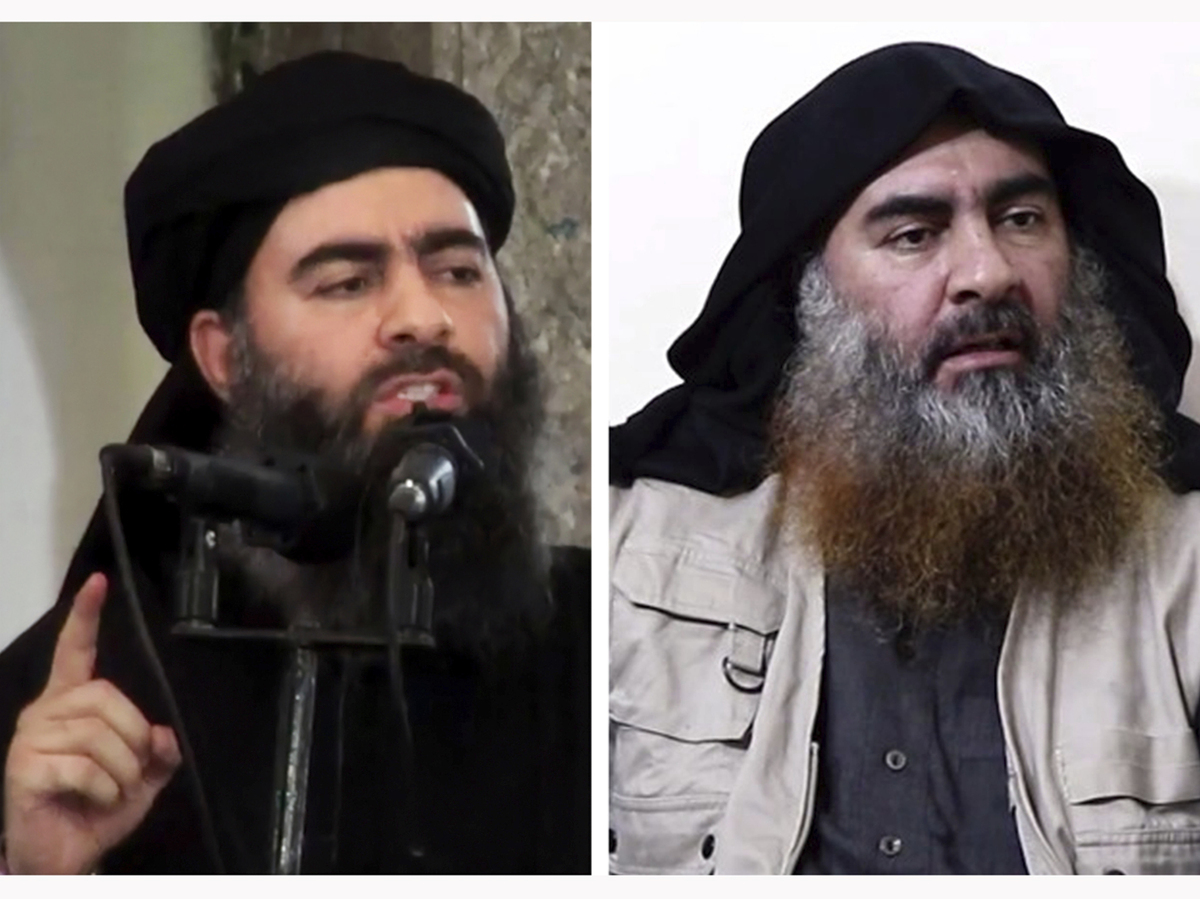 Islamic State leader Abu Bakr al-Baghdadi in his first public appearance in Mosul, Iraq, in July 2014 (left) and in a video released Monday that purported to show him speaking to supporters.

Nearly five years after the leader of ISIS released his first video, Abu Bakr al-Baghdadi has purportedly released his second.

It's not confirmed that the man in the video is indeed Baghdadi. The man acknowledges ISIS' recent major defeat in the Syrian city of Baghouz and vows to continue fighting.

The man says that "in truth, the battle between Islam and its people against the crusaders and their people is a long battle."

The first video was released in 2014 as ISIS was rapidly increasing in strength and taking control of territory in vast swathes of Iraq and Syria. In that video, taken in the ancient Nuri mosque in Mosul, Baghdadi declared that he was the caliph of a new "Islamic State."

This latest one comes about a month after U.S.-backed forces declared the end of ISIS' territorial control after they took control of Baghouz.

The video shows the man who is purported to be Baghdadi seated on the floor with a large gun resting on the wall behind him. He's hooded and wearing a khaki vest, and he has a long, dyed beard.

He addresses a small group of men sitting in a circle. Their faces are blurred. It's not clear when the video was taken. There's also a separate audio portion that talks about the attacks in Sri Lanka on churches and hotels on Easter Sunday that killed at least 250 people. Because it is not part of the video, it may have been recorded at a later time.

Baghdadi is one of the most wanted men in the world. The U.S. is offering a reward of up to $25 million for information leading to his location. Under his leadership, ISIS has killed thousands of civilians around the world.

Baghouz was the last territory the group controlled in Syria or Iraq. And though they no longer have a physical "caliphate," the group is still believed to have thousands of fighters in those countries and Afghanistan, and in other locations in Asia and Africa.

The Pentagon has said it is working to corroborate the validity of this video.