Accessibility links
NRA Leader Keeps Job As Internal Fighting And Outside Probe Threaten Group The gun rights group faces pressure to address allegations of financial mismanagement. The New York attorney general is investigating and the president said it needs to "get its act together quickly." 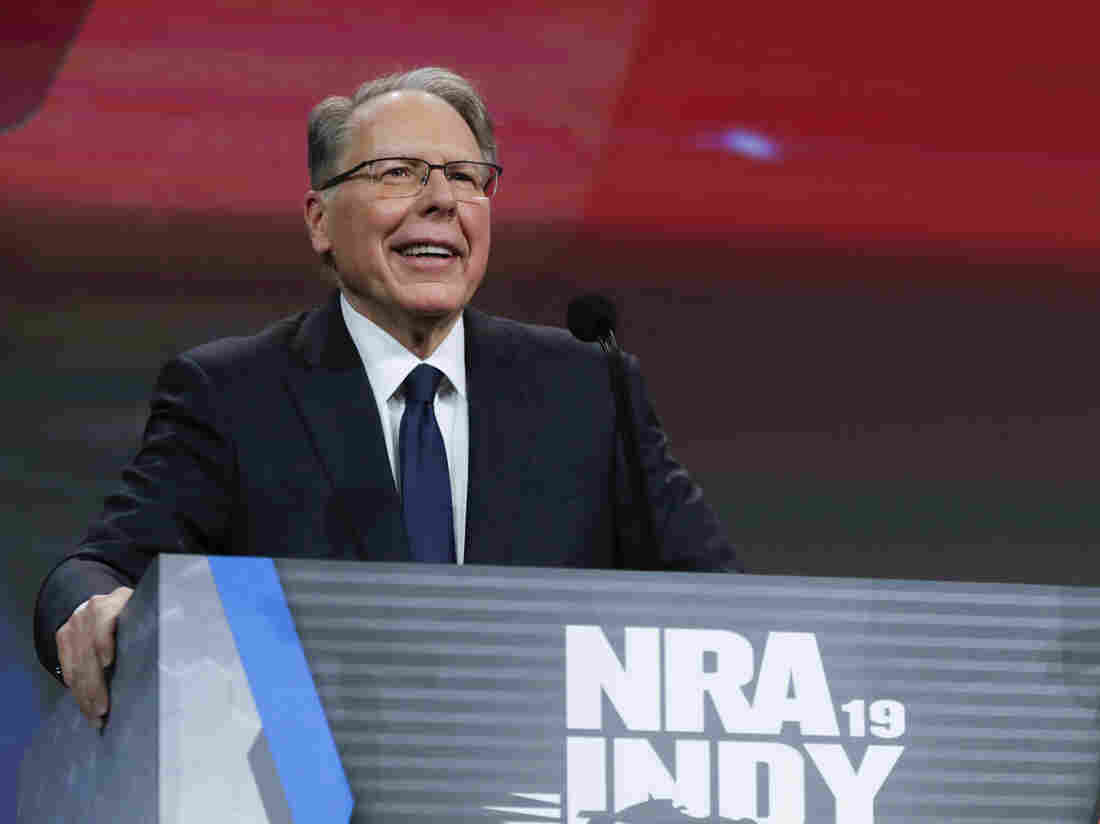 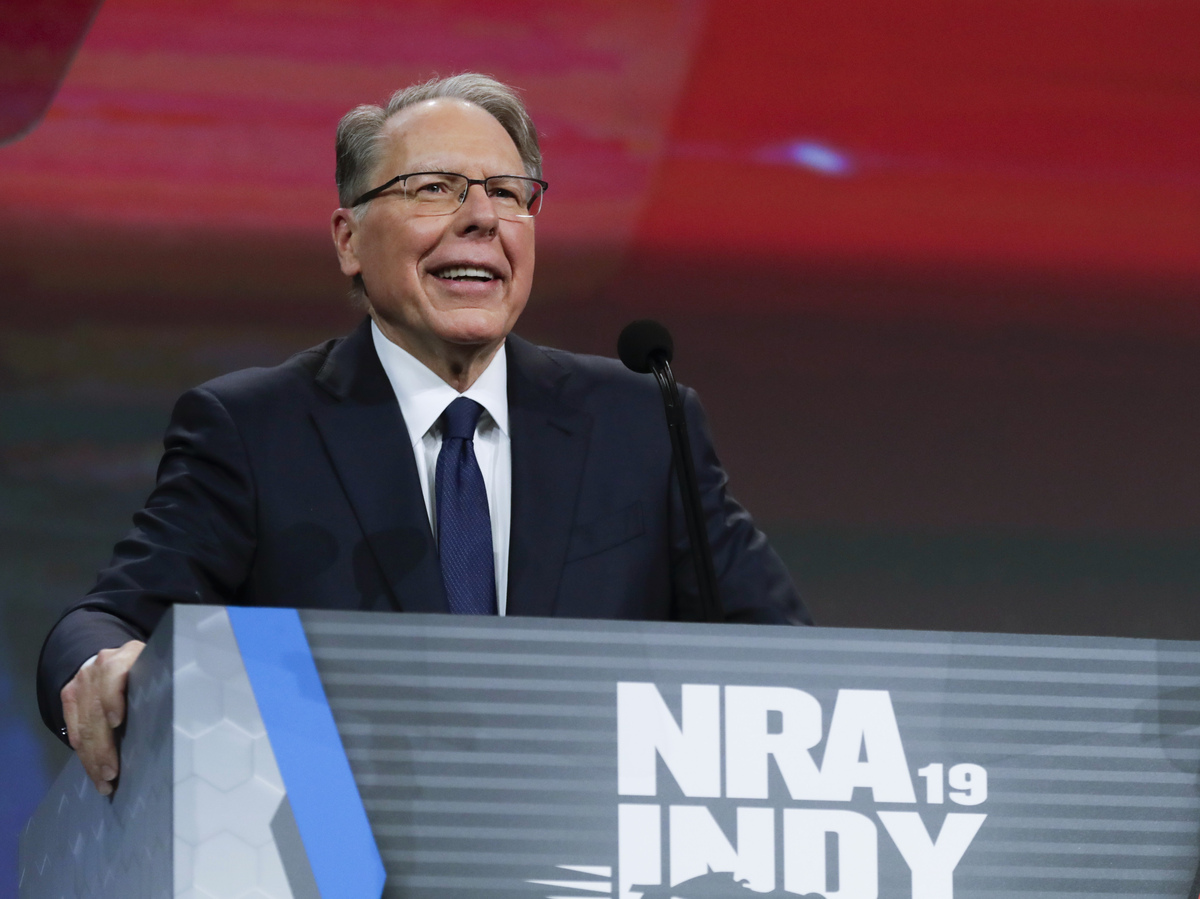 The National Rifle Association's board reelected Wayne LaPierre as its executive vice president and CEO Monday, amid turmoil within the organization.

An announcement in the American Rifleman, the official magazine of the NRA, said that LaPierre's reelection was unanimous and unopposed. Carolyn Meadows, a member of the board, was selected to be the next president of the gun rights group.

The public show of unity came after a dramatic weekend at the NRA's annual meeting. NRA President Oliver North announced abruptly that he would not be seeking another term at his post, as is customary — and warned of a "crisis" at the organization due to allegations of financial misconduct.

Then LaPierre was challenged at the annual membership meeting when a resolution calling for his ouster was offered. After a passionate debate by NRA members, the resolution failed.

These developments took place after numerous media reports have alleged financial mismanagement by senior officials. The drama was not unnoticed — even the president, a staunch supporter of the NRA, warned the group to get its act together.

"It must get its act together quickly, stop the internal fighting, & get back to GREATNESS - FAST!" Trump said in a tweet.

The NRA is under siege by Cuomo and the New York State A.G., who are illegally using the State’s legal apparatus to take down and destroy this very important organization, & others. It must get its act together quickly, stop the internal fighting, & get back to GREATNESS - FAST!

Senior leaders in the organization have pledged that they will get to the bottom of allegations of financial misconduct.

"We've got to do what is right by our members because we are the voice of the members," said former U.S. Rep. Allen West, a member of the board of directors. "And I think it's very important that we put in the right type of organizational reforms that are necessary if we do find that there has been financial malfeasance — and then we've got to report it back to the members. That's it."

WATCH: March For Our Lives Releases PSA As 2020 Gun Debate Heats Up

"The NRA board ... has a very important fiduciary responsibility to ensure that funds that are received are spent, accounted for properly, and in accord with all applicable laws and regulations," said Bob Barr, another member of the NRA's board of directors. "That's the challenge that the NRA has like any large organization. ... It's always a challenge. And this case is no different."

Some members had expressed hope that LaPierre would step aside as part of reforms to deal with allegations of financial misconduct. He has been the executive vice president of the NRA since 1991.

"I don't know a single organization in the United States that has a vice president that has served for that long. And to not own up to those failures that his organization has is a failure of leadership," said Ron Carter, an NRA member from Colorado Springs, Colo., who supported the resolution to oust LaPierre. "So he should absolutely step down or be removed."

The NRA has also been facing multiple investigations into its internal matters. A number of congressional committees have sought and received documents from the group. And over the weekend, the office of New York's attorney general, Letitia James, confirmed to NPR that it had launched an investigation into the NRA.

The president weighed in on the investigation, arguing on Twitter that the NRA "should leave and fight from the outside of this very difficult to deal with (unfair) State!"

....People are fleeing New York State because of high taxes and yes, even oppression of sorts. They didn’t even put up a fight against SALT - could have won. So much litigation. The NRA should leave and fight from the outside of this very difficult to deal with (unfair) State!

But such a move would be logistically difficult — if not impossible. And even if the NRA moved out of New York, it would still be under the state attorney general's purview unless it ceased operating in the state entirely.

"The powers of the AG extend to any entity doing business in the state as well as those created under its laws," said Beth Kingsley, a lawyer who specializes in nonprofit law.

The probe by James is especially serious because if she finds wrongdoing her office can punish a nonprofit by removing its board of directors, forcing them to repay money wrongfully obtained — or even, in an extreme case, force an organization to cease operations or dissolve.