Accessibility links
Air Force Academy Fires Its Commandant Of Cadets A Pentagon official said there were "climate and leadership issues" at the academy. Brig. Gen. Kristin Goodwin already was scheduled to move on from the job next month. 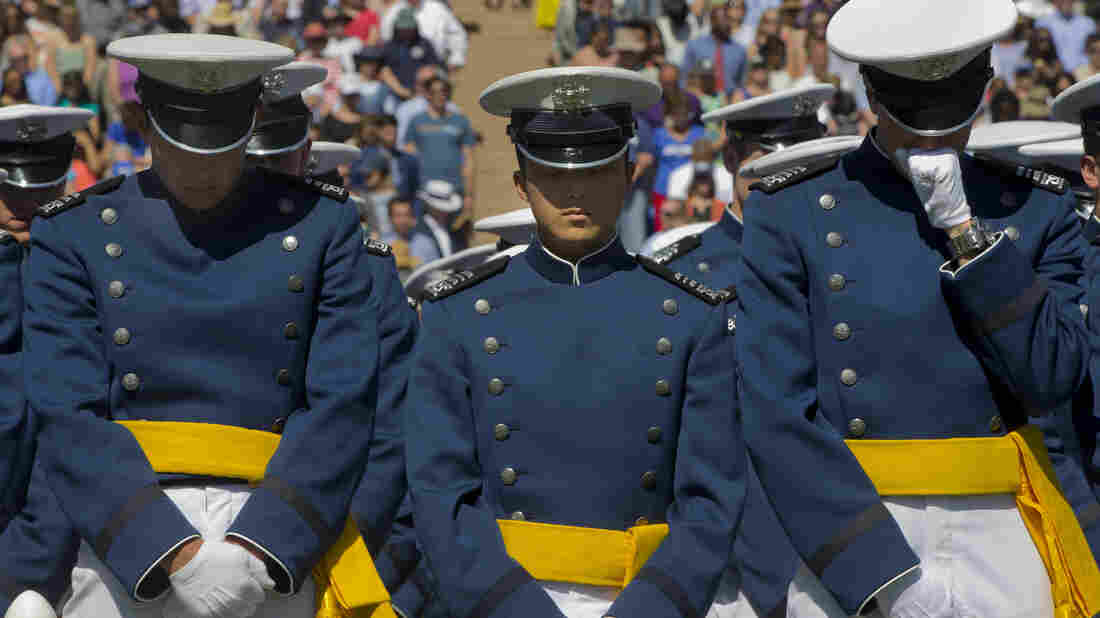 A Pentagon official said there were "climate and leadership issues" at the U.S. Air Force Academy. Brig. Gen. Kristin Goodwin already was scheduled to move on from the job next month. Pablo Martinez Monsivais/AP hide caption 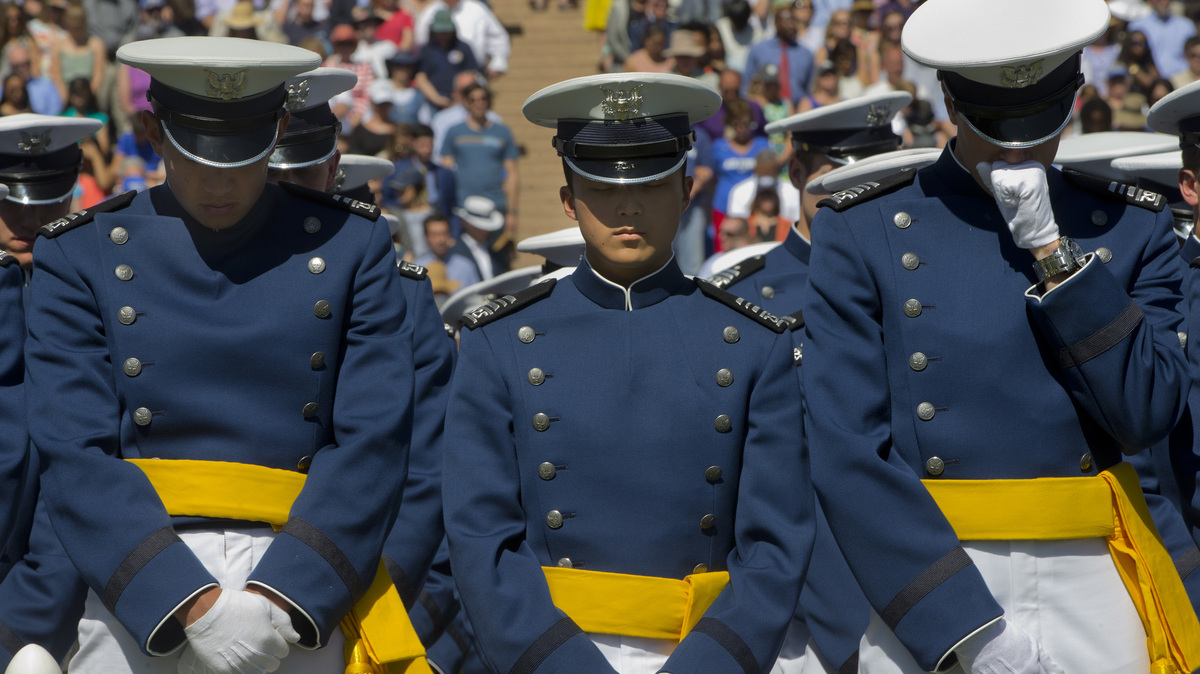 A Pentagon official said there were "climate and leadership issues" at the U.S. Air Force Academy. Brig. Gen. Kristin Goodwin already was scheduled to move on from the job next month.

The U.S. Air Force Academy has abruptly removed its commandant of cadets amid an investigation, but officials are not saying much more about the inquiry or what precipitated the firing.

Brig. Gen. Kristin Goodwin, the first openly gay general at the academy, was fired just a month before she was scheduled to take another job at the Pentagon, according to the Colorado Springs Gazette, which first reported the story. It is not clear whether she still will transfer to that post. She had led military training at the academy since 2017.

The move is "effective immediately," according to an email from the academy to The Gazette.

A U.S. official told NPR that there were "climate and leadership issues" at the academy.

The U.S. military defines command climate as the culture of a unit, the way a unit conducts business. Unit leaders are responsible for the command climate, and they establish that climate by what they say and do.

"Goodwin, a former B-2 bomber pilot who moved to the school with her wife and children, was praised by some for a tough new set of discipline polices that made cadets toe the line. She also faced criticism for her stormy relationship with subordinates and colleagues, a few of whom referred to her with the imperial nickname 'duchess,' the general's callsign from flying days. Several academy officers who requested anonymity because they were not authorized by the academy to speak about the case said Goodwin was a caustic leader who treated those under her roughly and was easily riled."

Goodwin graduated from the academy in 1993. Her official biography says that in addition to thousands of hours as a command pilot, her assignments have included overseeing "the incorporation of the B-2 into theater operational plans while integrating policies, standards and procedures for B-2 training and combat employment."

Goodwin's replacement, Brig. Gen. Michele Edmondson, is slated to take over after the academy's May 30 graduation.

The school trains about 4,000 cadets.

A previous version of this story said Brig. Gen. Kristin Goodwin was discharged. Goodwin was removed from her job at the Air Force Academy, not discharged from the service.