Accessibility links
Stream The Best Albums Of April 2019, With Lizzo, Anderson Paak and Weyes Blood Lizzo gives us a powerful gospel of self-love, PUP serves up odes to nihilism, Glen Hansard opens up his acoustic palette, plus seven more albums you need to hear. 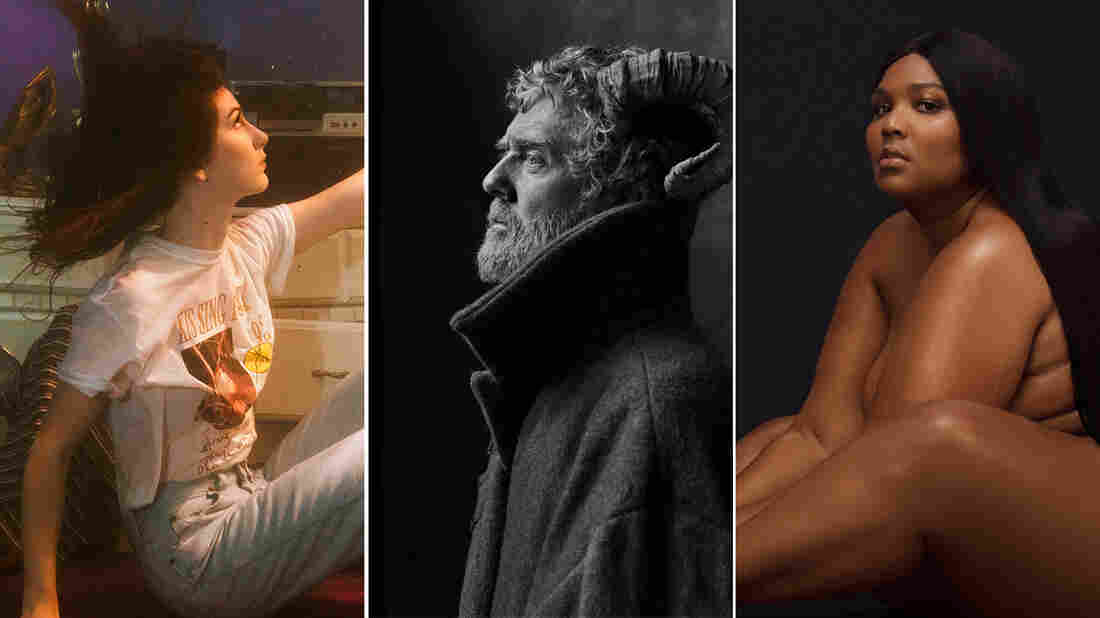 Appropriately timed for spring, this month's selection of best albums is tethered together by the spirit of evolution. On Orange, the prodigious, Pulitzer-winning composer Caroline Shaw offers a blossoming rendition of string quartet music, while Glen Hansard has opened up his lovely acoustic palette to color it with newfound, worldly flourish on This Wild Willing. Natalie Mering, who records as Weyes Blood, presents a sweeping vision of '70s pop on Titanic Rising, retaining the genre's apocalyptic calm for a new age of crisis.

There's a sense of growth through vulnerability present, too. Whether it be rapper Kevin Abstract's vulnerabilities set forth on ARIZONA BABY, Lizzo's powerful gospel of self-love above all else, or even Toronto punk group PUP's odes to nihilism, there's an anthem for seemingly everyone.

Below you'll find an alphabetized list of NPR Music's top 10 albums for April 2019. Be sure to check out our top 20 songs from the month as well, which are also available in our Spotify playlist. 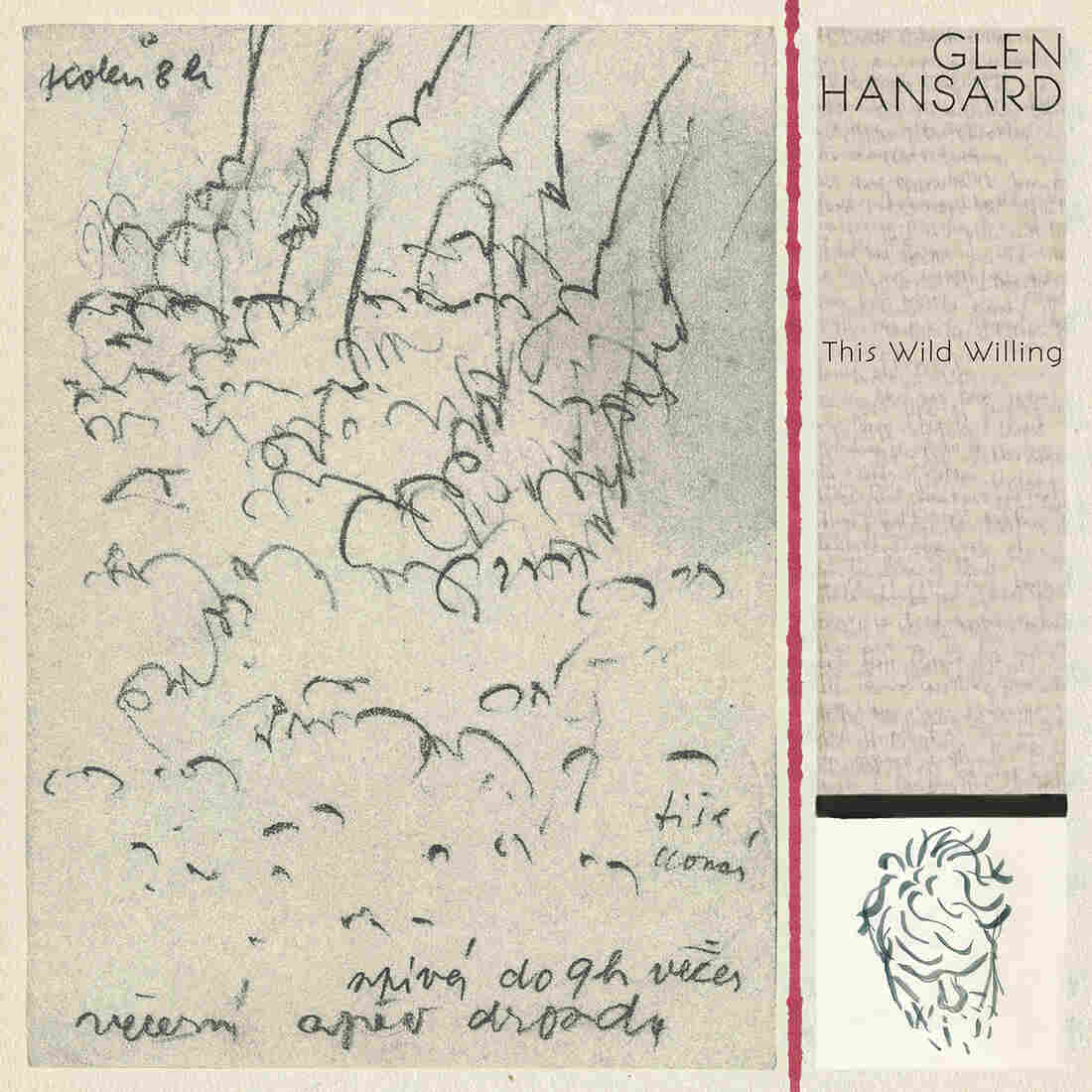 Glen Hansard has made loads of vital, urgent music in both The Frames and The Swell Season, but his solo career needed a jolt after three lovely but mostly low-energy albums. Enter This Wild Willing, which vastly broadens Hansard's list of collaborators — most notably adding the Khoshravesh brothers, who help lend the songs a Middle Eastern feel, and Dunk Murphy and Deasy, who bring in welcome electronic flourishes. These songs feel rawer, broader, more sweeping and emotional and expansive, while Hansard sings about love, hope and romantic sacrifice with renewed vitality and grit. -- Stephen Thompson 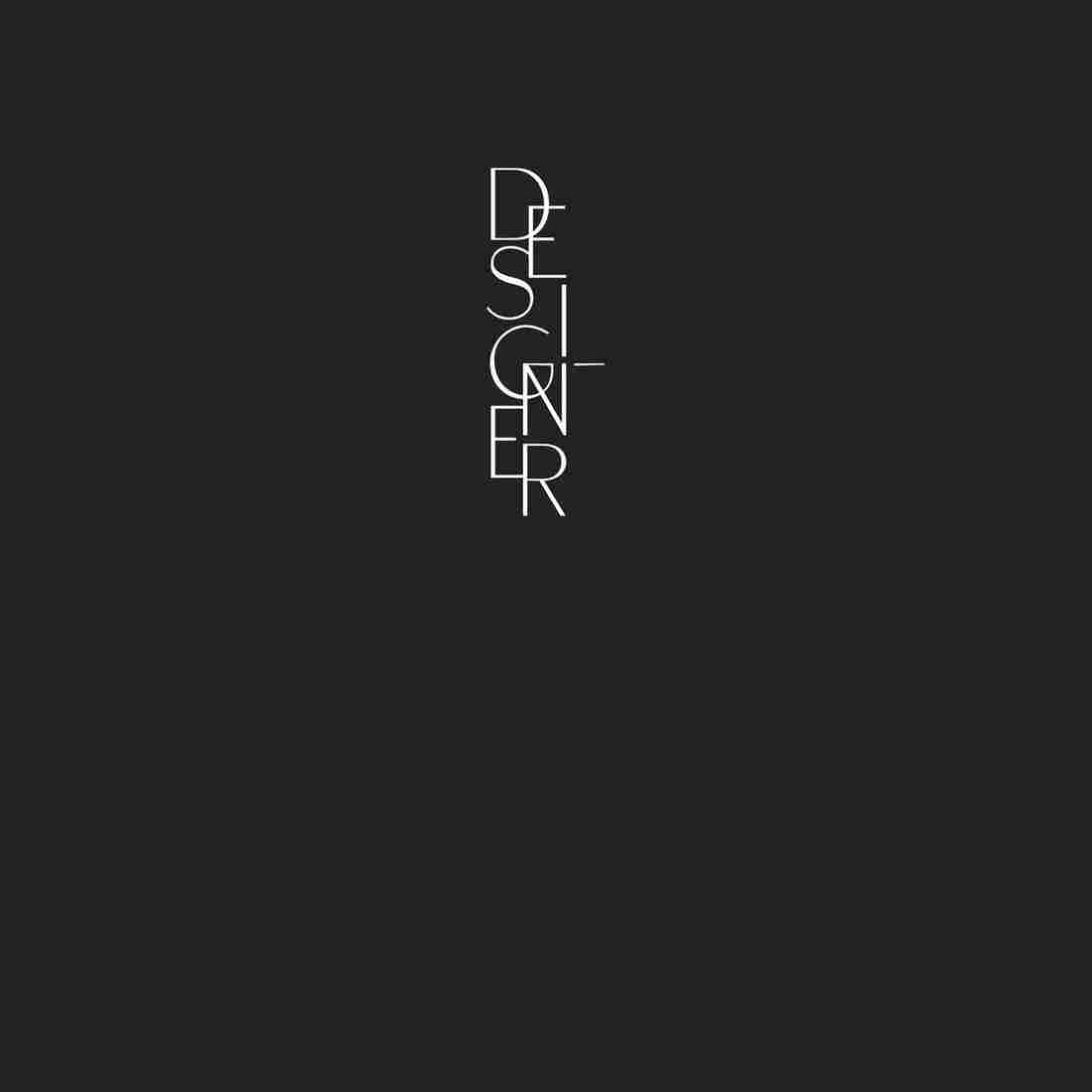 If mystery is your cup of tea, then spend some time with Aldous Harding. This poet and songwriter from New Zealand spins tales that are at once oblique and clear headed, with arrangements that serve the narrative. Everything matters — the instruments are all perfectly placed in the mix and Harding, along with producer John Parish, stay away from effects that so often overwhelms vocal nuance. These performances are filled with exaggerated expressions resembling a portrait painting, making Designer the audio equivalent of a Picasso; both dramatic and imaginary. —Bob Boilen 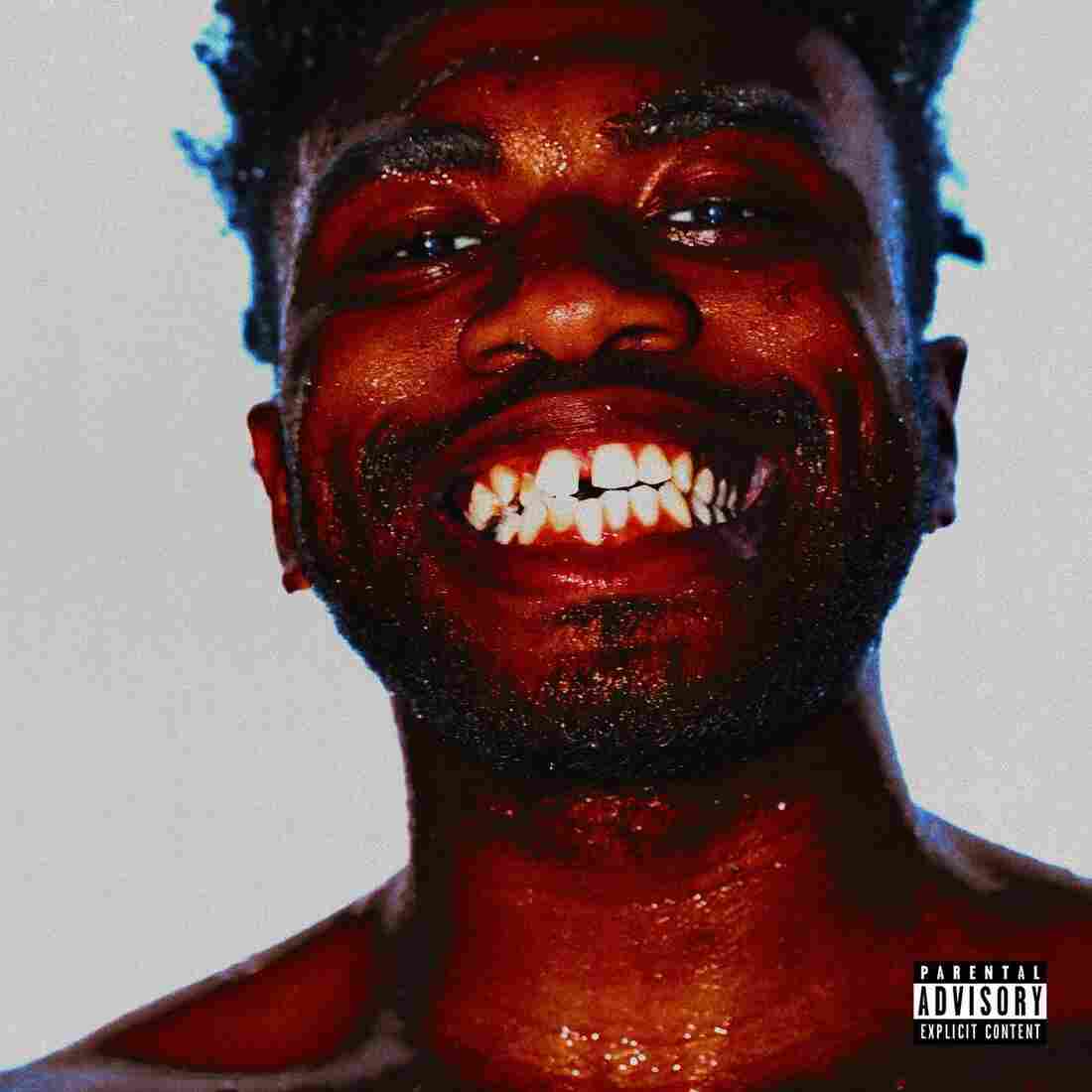 In some respects, ARIZONA BABY is a familiar coming-of-age album in hip-hop: Social outcast struggles for acceptance before discovering himself through music and avenging his dejected adolescence. What makes Brockhampton founder Kevin Abstract's new solo album different is the history of homophobia that has excluded voices like his from rap's mainstream. Produced by indie-pop rocker Jack Antonoff (Taylor Swift, Lorde, Pink), ARIZONA BABY finds its daring in vulnerability. It's a breakthrough as bold as any the culture has ever witnessed. —Rodney Carmichael 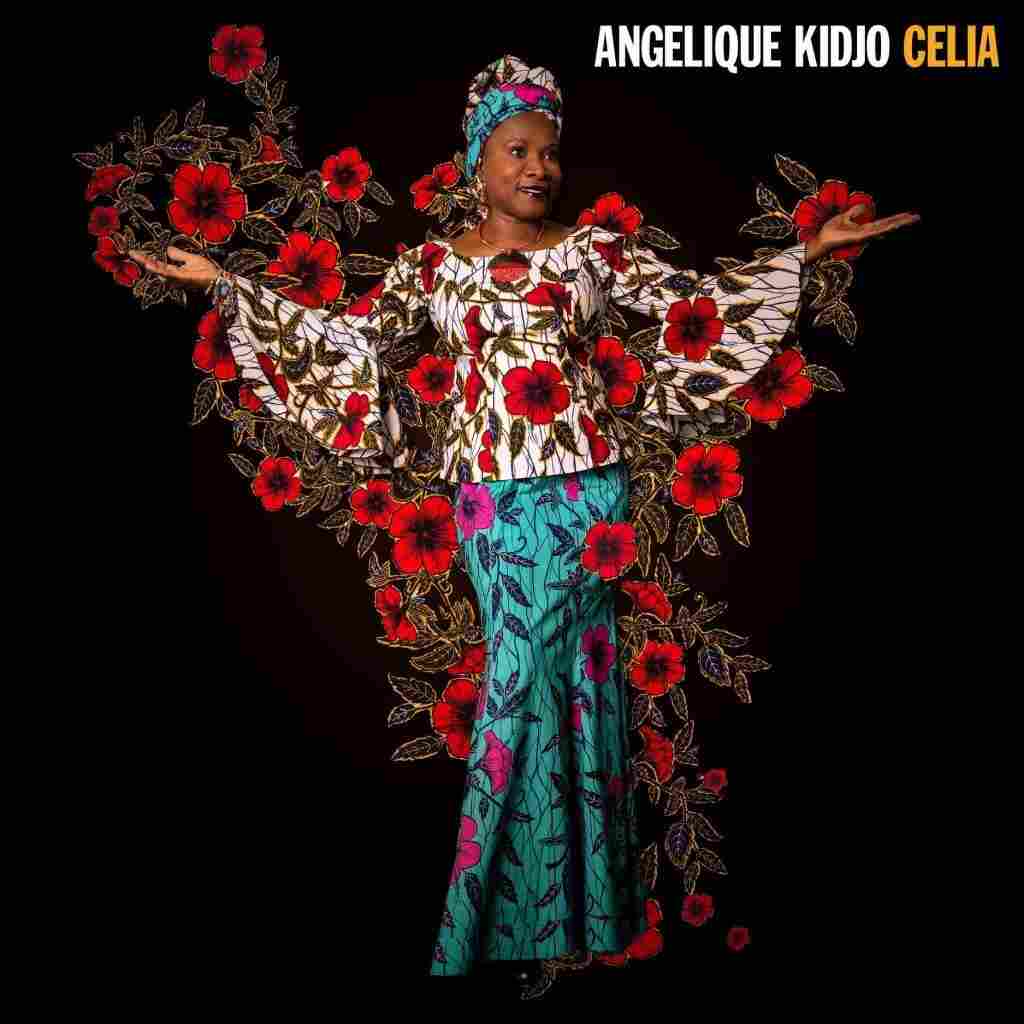 There are folks who insist that covering classic recordings is an exercise in futility — the originals are so sacrosanct that any remake would be blasphemous or downright foolish. Good thing West African vocalist Angélique Kidjo ignored that common wisdom when she took on Celia Cruz's catalog. Celia succeeds so magnificently that it would be difficult to imagine the late Cuban vocalist giving the project a side eye. Kidjo closes the circle on the music's Afro-Cuban origins with super groovy Afro beats and even traditional West African spiritual drumming. —Felix Contreras 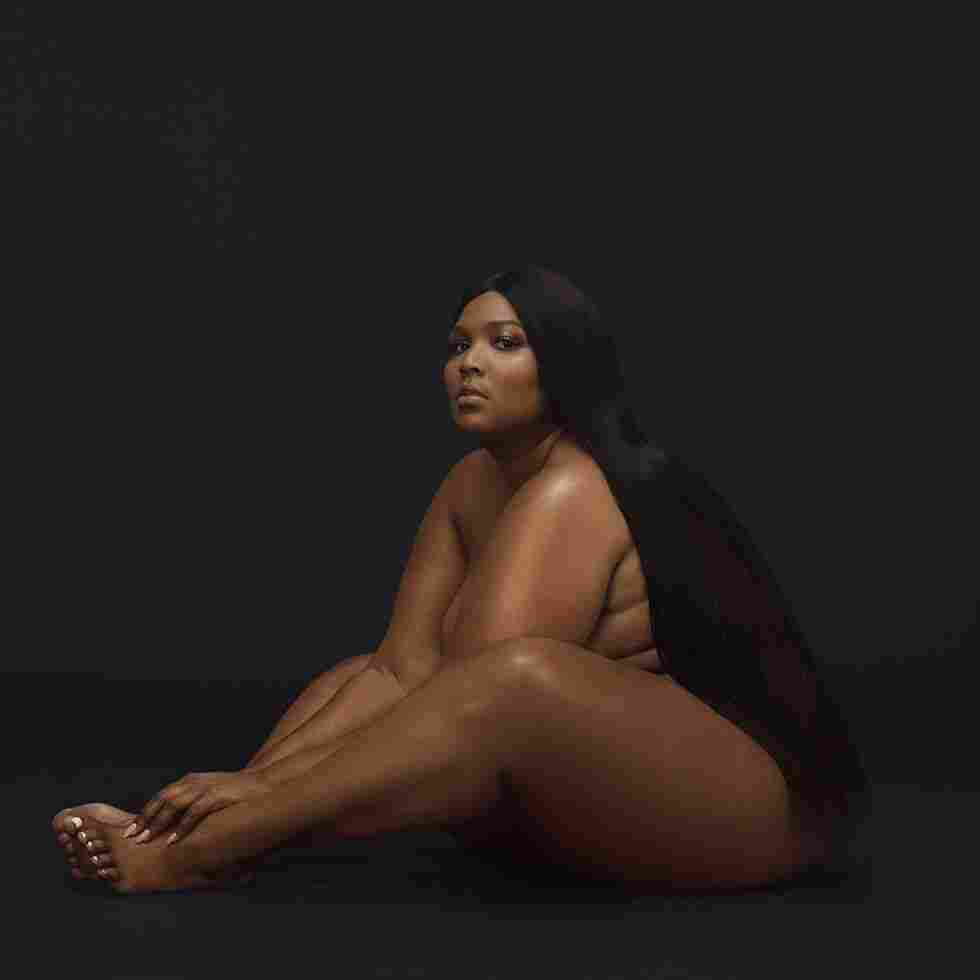 Lizzo
Cuz I Love You

In its current incarnation, self-love can too often be bloodless and exclusionary. But Lizzo, thankfully, never got the memo on her major-label debut Cuz I Love You. She's a groundswell of talent, interchanging sticky barfloor-soul ("Crybaby" and "Jerome"), new jack revival ("Exactly How I Feel") and motivational, Missy Elliott-indebted pop-rap ("Soulmate" and "Tempo," the latter of which features an assist from Elliott herself), and instilling her own lustful braggadocio in the mix. Even the most overt bid to radio-friendly pop sounds radical in her hands, broadening her sirens of triumphant girlhood to explicitly welcome trans girls into the fold ("Like A Girl"). She embraces the gospel of self-love with such brio that her message endears itself on its own, no tweets necessary. —Joshua Bote 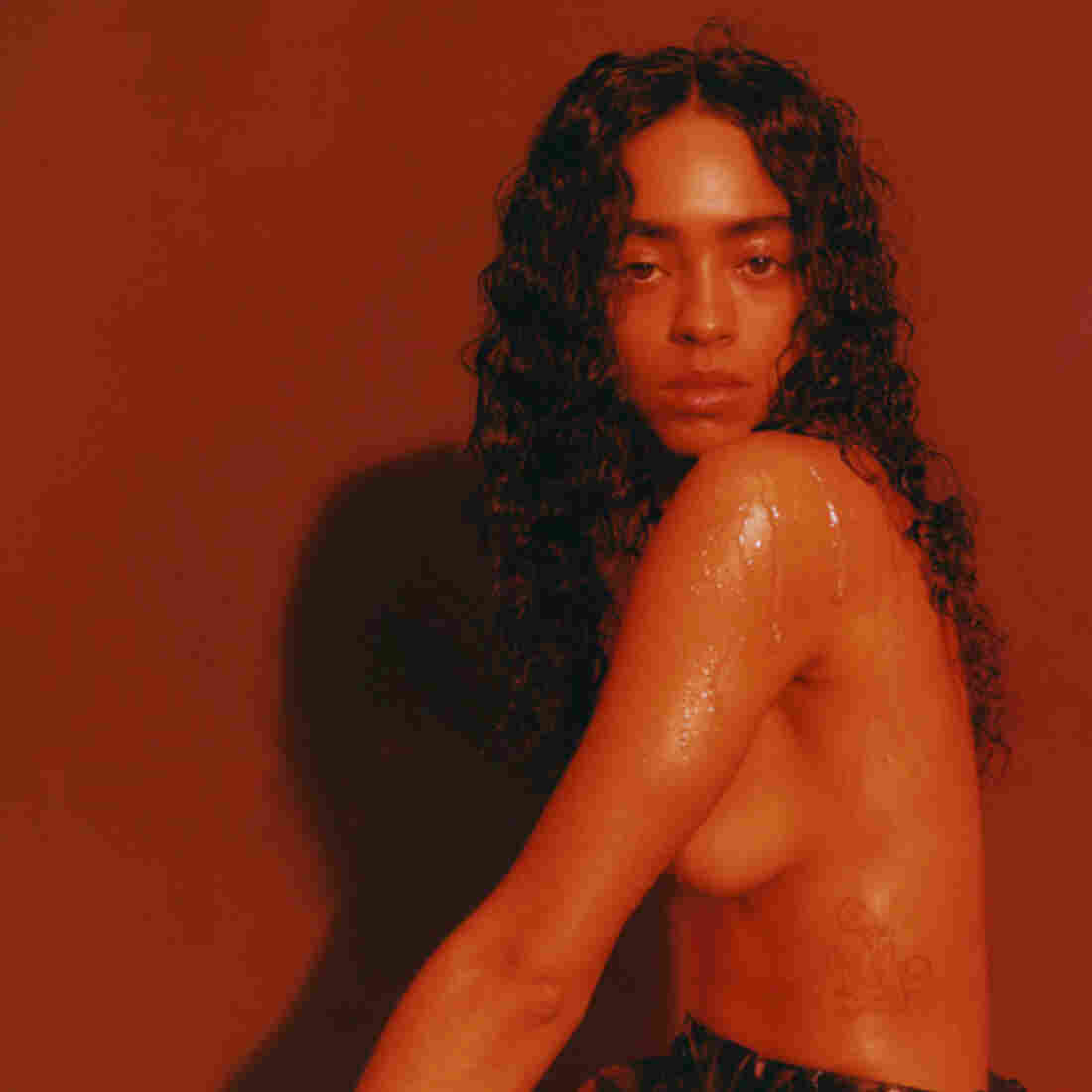 Kelsey Lu's Blood feels like one of the best surprises of the year so far. The major label debut from the North Carolina-hailing artist takes her questions on religion, tales of travel and romanticized memories to astral levels of expression. Though producer credits range from Skrillex and Rodaidh McDonald to Jamie xx, the classically-trained cellist precariously anchors the work in a nursery of strings, each movement veering the listener into the territories of disco, pop, house and R&B. Lu fantasizes about who her parents were in their youth ("Rebel"), reminds herself to remain authentic ("Poor Fake") and chronicles her move to California for her music ("Due West"). It's starry-eyed yet grounding, exhilarating yet intimate, which turns every play into a treasure hunt. —Sidney Madden 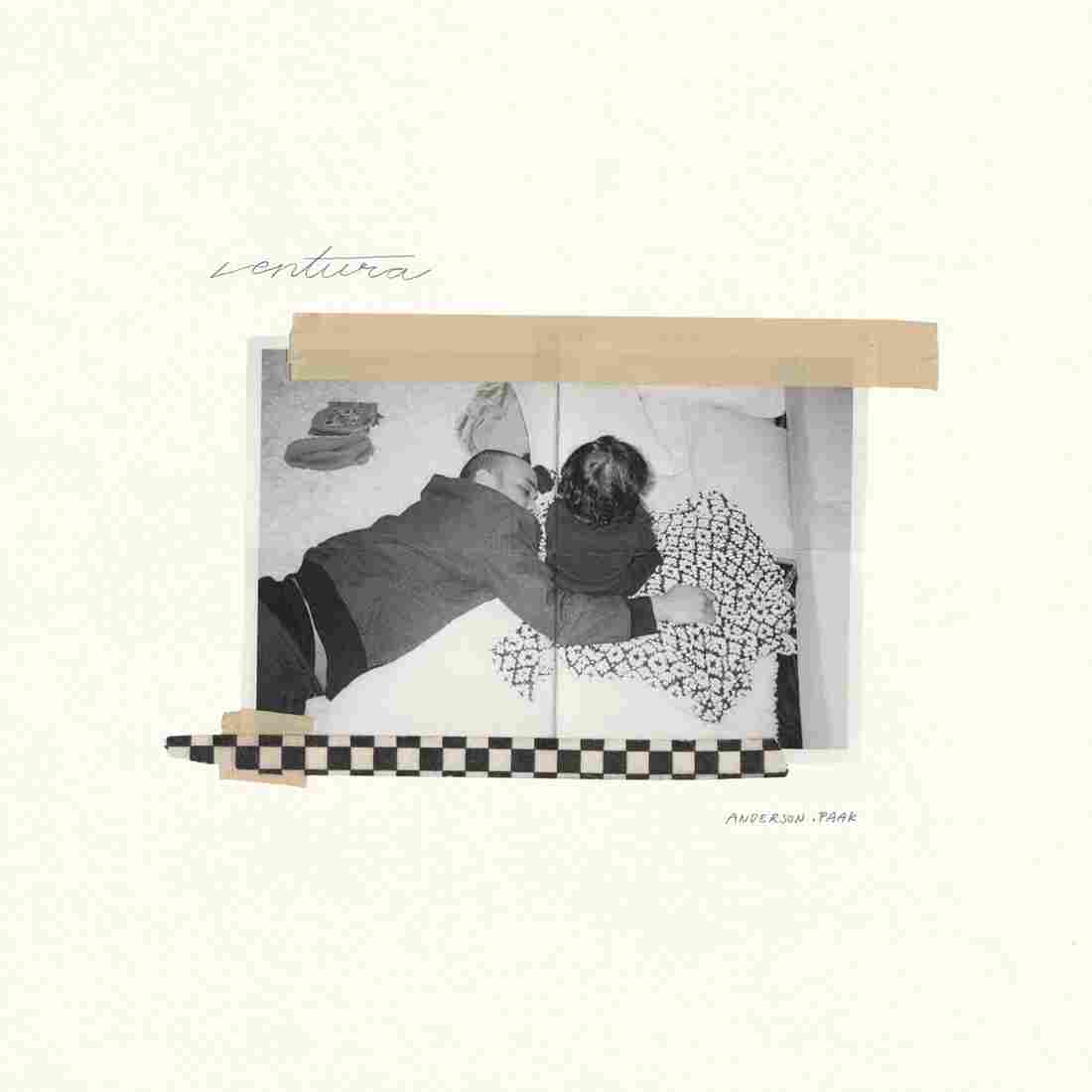 Spring is here, filling the air with hope and cross-pollination, and Southern California's funky genre-defier Anderson .Paak sets the mood with his breezily ambitious fourth album. He and mentor Dr. Dre wield a lighter touch than on the harder-driving Oxnard, released less than six months ago. Love songs like "Jet Black," amusing vignettes as in the chick-on-the-side picaresque "Good Heels" (featuring a wry Jazmine Sullivan), and bubbly political anthems like "King James" all emanate soulful giddiness centered on Paak's raspy charm as both a singer and a rapper. Fancy guest stars like Smokey Robinson and André 3000 easily acquiesce to Paak's good-natured world building. —Ann Powers 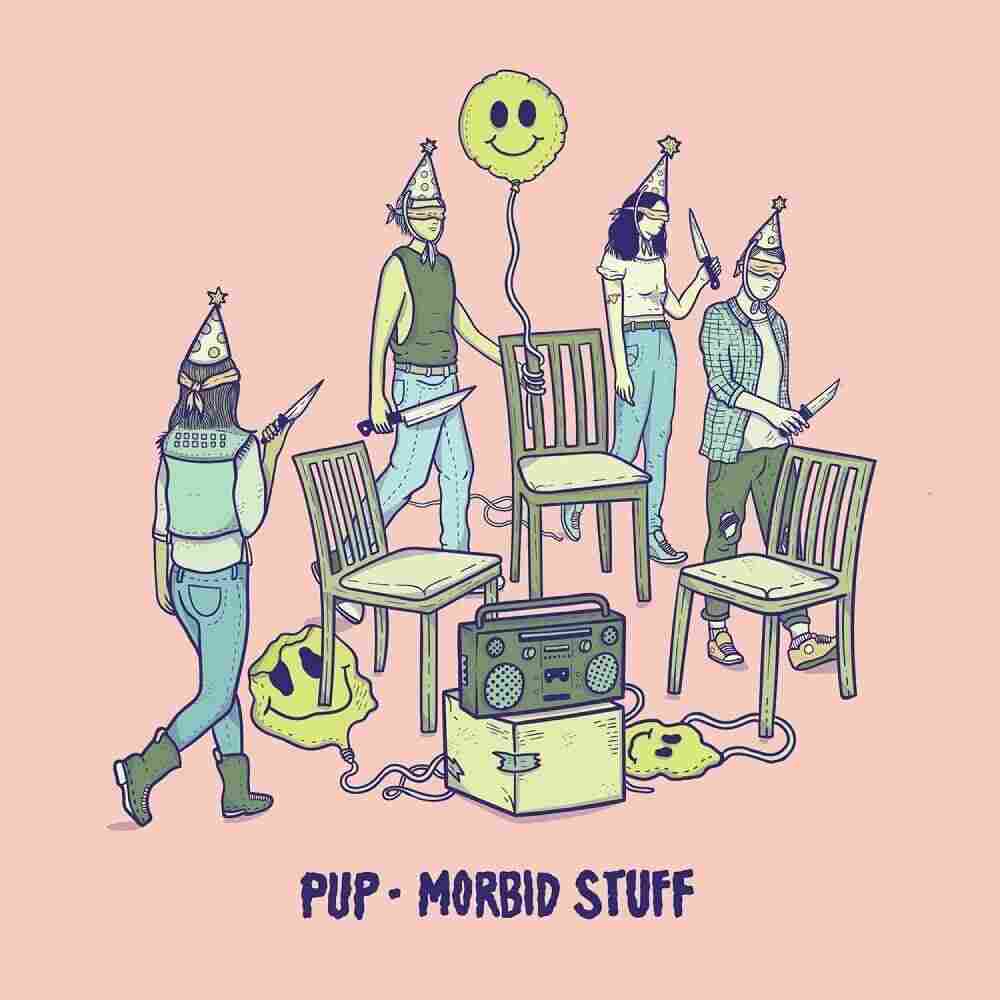 PUP (that's "Pathetic Use of Potential") doesn't waste time or mince words. On Morbid Stuff, the scene's immediately set, as vocalist-guitarist Stefan Babcock declares, "I was bored as f*** sitting around and thinking all this morbid stuff." Whereas 2016's The Dream is Over chronicled a band at its boiling point, Morbid Stuff grapples with the unceremonious realities of day-to-day disillusioned living. With run-on thoughts and shout-along choruses, it's both nihilistic in subject matter and almost anthemic in delivery, with self-deprecating sentiments shouted as rallying cries. —Lyndsey McKenna 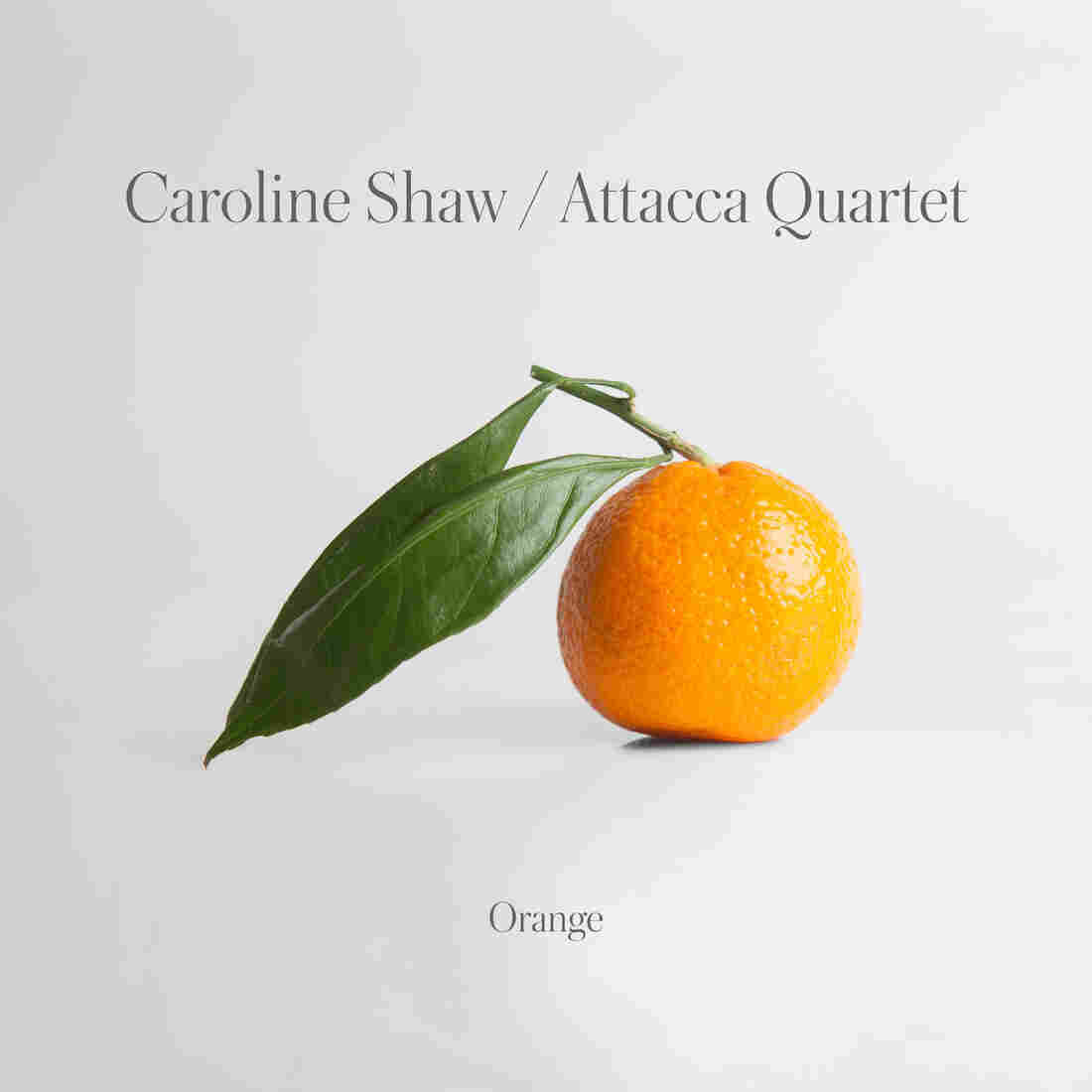 In the first album devoted solely to her compositions, Caroline Shaw's Orange is an arresting tribute to the enduring art of the string quartet. The Pulitzer winner tips her hat to revered masters like Haydn and Ravel while crafting entirely fresh language, adroitly expressed by members of the Attacca Quartet. In "Limestone & Felt," Shaw offers a striking vocabulary of sounds through pizzicato and strumming, while the idea of the refrain is explored in many guises in "Ritornello." Think string quartet music is just a fusty classical formula? Orange proves it is spectacularly alive and evolving. —Tom Huizenga 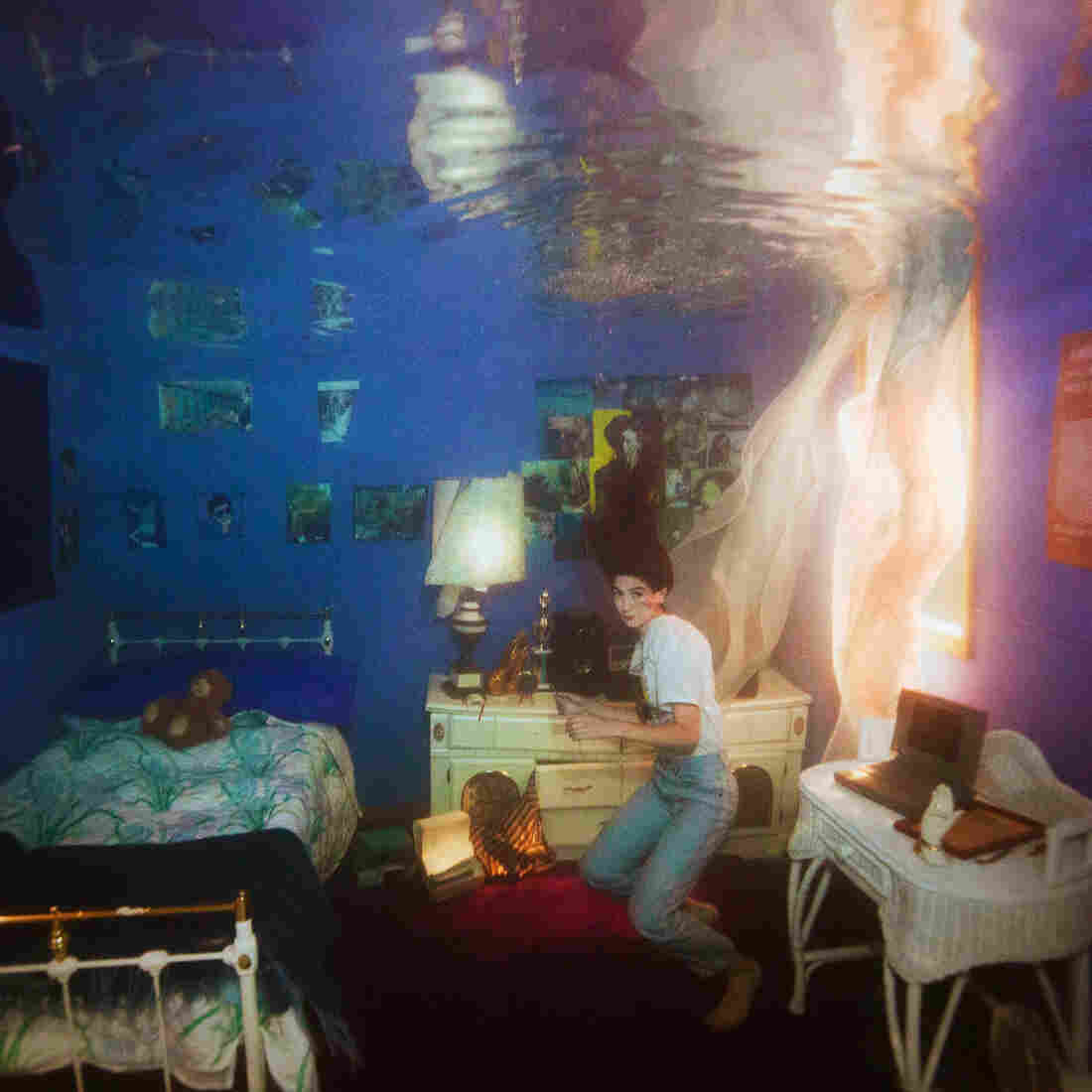 Natalie Mering, working as Weyes Blood, bathes her new album in warm 1970s nostalgia. Tinkling harpsichords, retro synths, lush arrangements and snaky, George Harrison-like guitar riffs back up Mering's honeyed voice which soars pure and wide, recalling the girl-next-door wholesomeness of Karen Carpenter. But a look at the lyrics reveals poignant, 21st century confrontations. Are we really living our own lives in the age of Instagram? And aren't symbolic "Titanics" rising again to remind us of environmental distress? Clearly, what is also rising is Mering herself, with an album of masterpiece proportions. —Tom Huizenga