Accessibility links
Emperor Akihito Gives Up The Japanese Throne The 85-year-old emperor is the first to retire in more than 200 years. His son, the Crown Prince Naruhito, will become emperor on Wednesday. 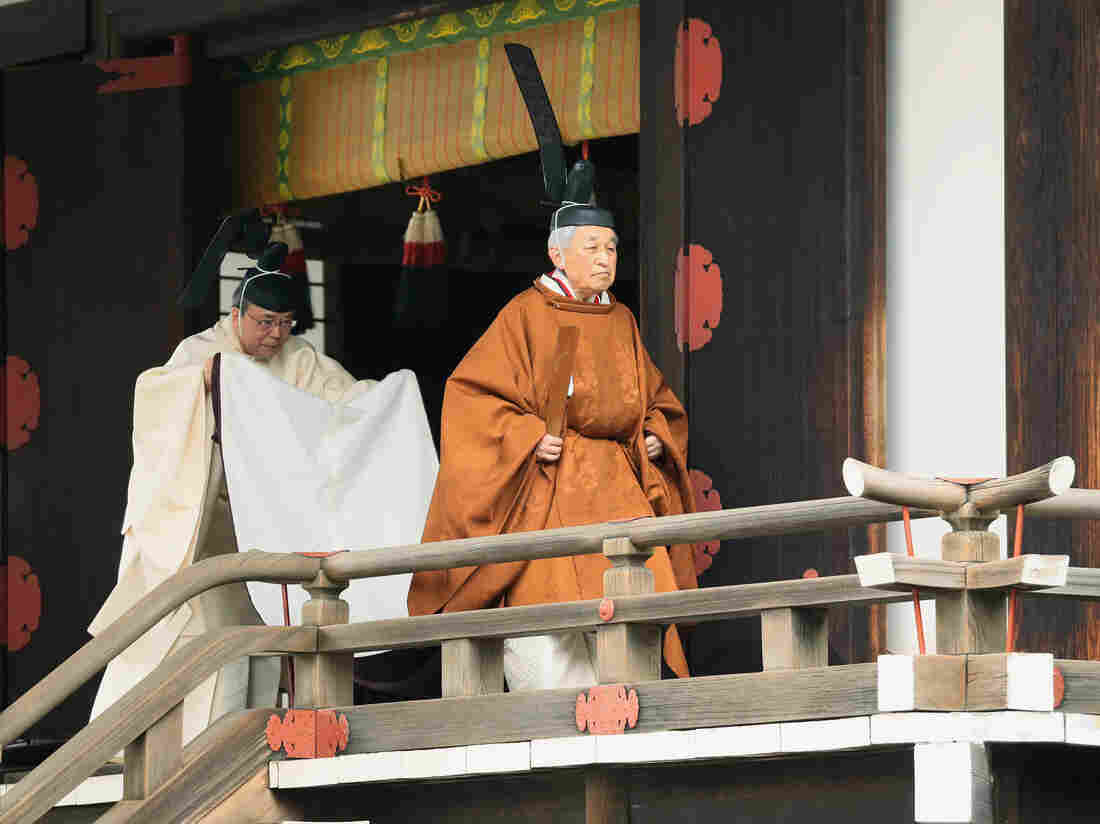 Japan's Emperor Akihito (right) leaves after a ritual to report his abdication to the throne at the Imperial Palace in Tokyo on Tuesday. AP hide caption 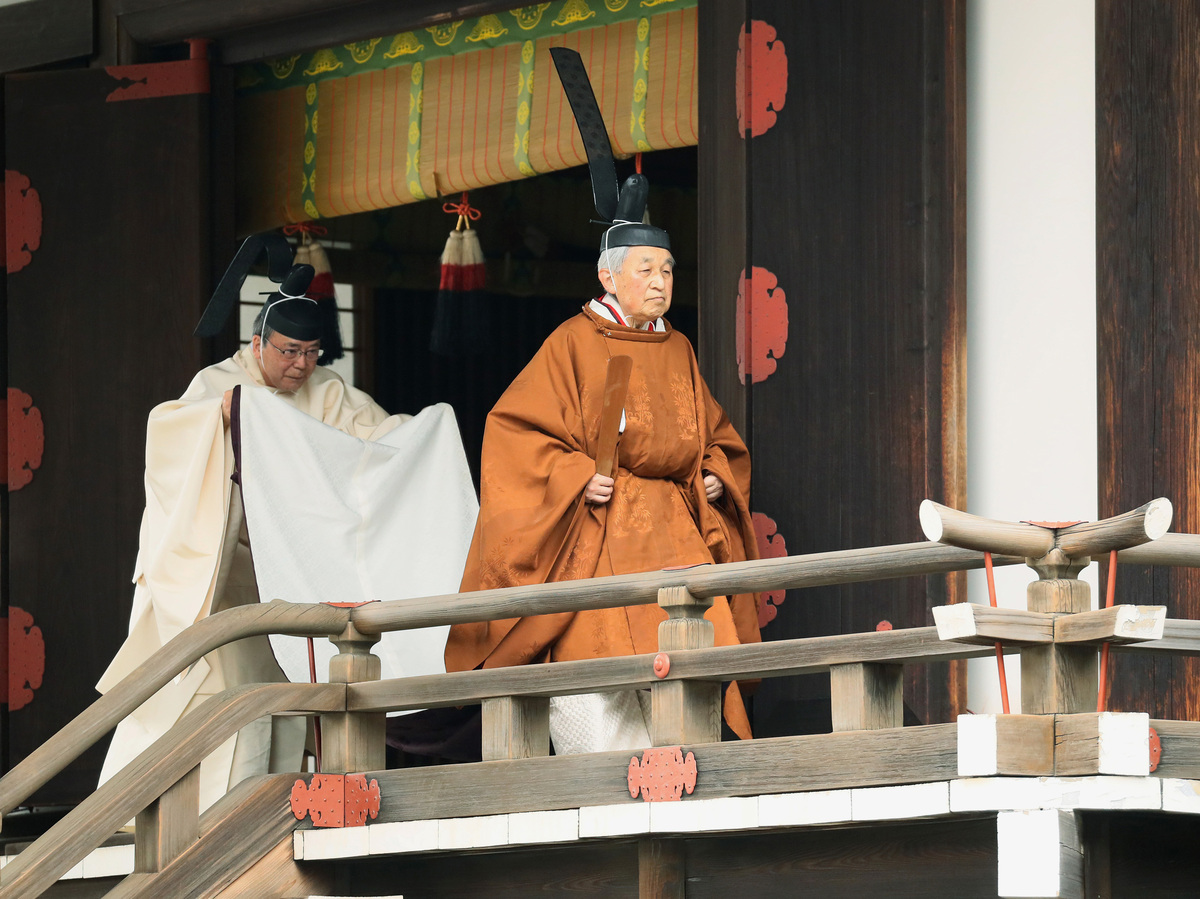 Japan's Emperor Akihito (right) leaves after a ritual to report his abdication to the throne at the Imperial Palace in Tokyo on Tuesday.

For the first time in more than 200 years, a Japanese emperor has abdicated the Chrysanthemum Throne.

"Since ascending the throne 30 years ago, I have performed my duties as the emperor with a deep sense of trust in and respect for the people, and I consider myself most fortunate to have been able to do so," Emperor Akihito said in a ceremony Tuesday evening at the Imperial Palace in Tokyo, according to Japan Times.

"I sincerely thank the people who accepted and supported me in my role as the symbol of the state," the 85-year-old leader said, closing with a prayer for "peace and happiness for all the people in Japan and around the world."

The day leading up to his abdication was full of rituals. According to Japanese mythology, the 2,600-year imperial line begins with the Shinto sun goddess Amaterasu Omikami. At dawn, Akihito told the sun goddess he would be abdicating. Later, at the abdication ceremony, Akihito symbolically ended his reign by returning the "three sacred treasures" — a mirror, sword and jewel — that symbolize the throne.

At the evening's ceremony, Prime Minister Shinzo Abe promised to "continue to do our utmost to make Japan a country which is peaceful, full of hope, and one we can be proud of."

Akihito's son, Naruhito, is set to ascend to the throne on Wednesday. As NPR's Anthony Kuhn told Morning Edition, Naruhito — who studied at Oxford — is considered a cosmopolitan monarch and is expected to continue his father's quest to bring the monarchy into the modern age. With Naruhito's rule, the new imperial era of "Reiwa" will begin.

Akihito first hinted at abdicating in 2016, when he gave a speech reflecting on his advancing age and the toll that his tough daily schedule was taking on his health. Abe announced in December 2017 that Akihito would give up the throne in April 2019. The law says emperors rule for life, but the Japanese Parliament passed a one-time exception, allowing Akihito to retire.

The majority of the Japanese public supports Akihito's decision. "I think they see that letting an 85-year-old man retire is really just part of bringing the monarchy into the modern age," Kuhn told NPR's All Things Considered.

Before Akihito, no emperor had abdicated the throne since Kokaku in 1817.