Accessibility links
'13 Reasons Why' Debut Correlated With Higher Suicide Rate Among Teens Boys ages 10-17 killed themselves at a much higher rate in the month after Netflix's show about suicide was released in 2017. Researchers attribute an extra 195 deaths that year to the series. 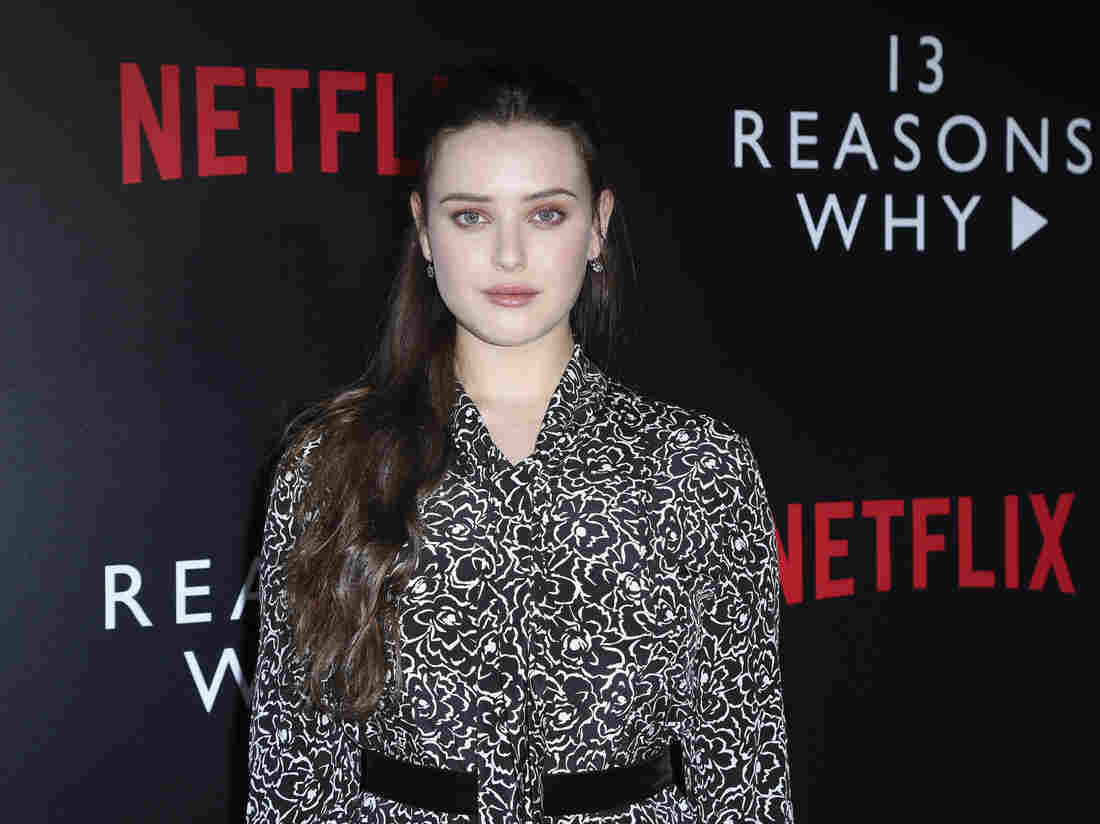 Katherine Langford arrives at a 13 Reasons Why event in June 2018 in Los Angeles. Langford plays a young woman who took her own life. Willy Sanjuan/Invision/AP hide caption 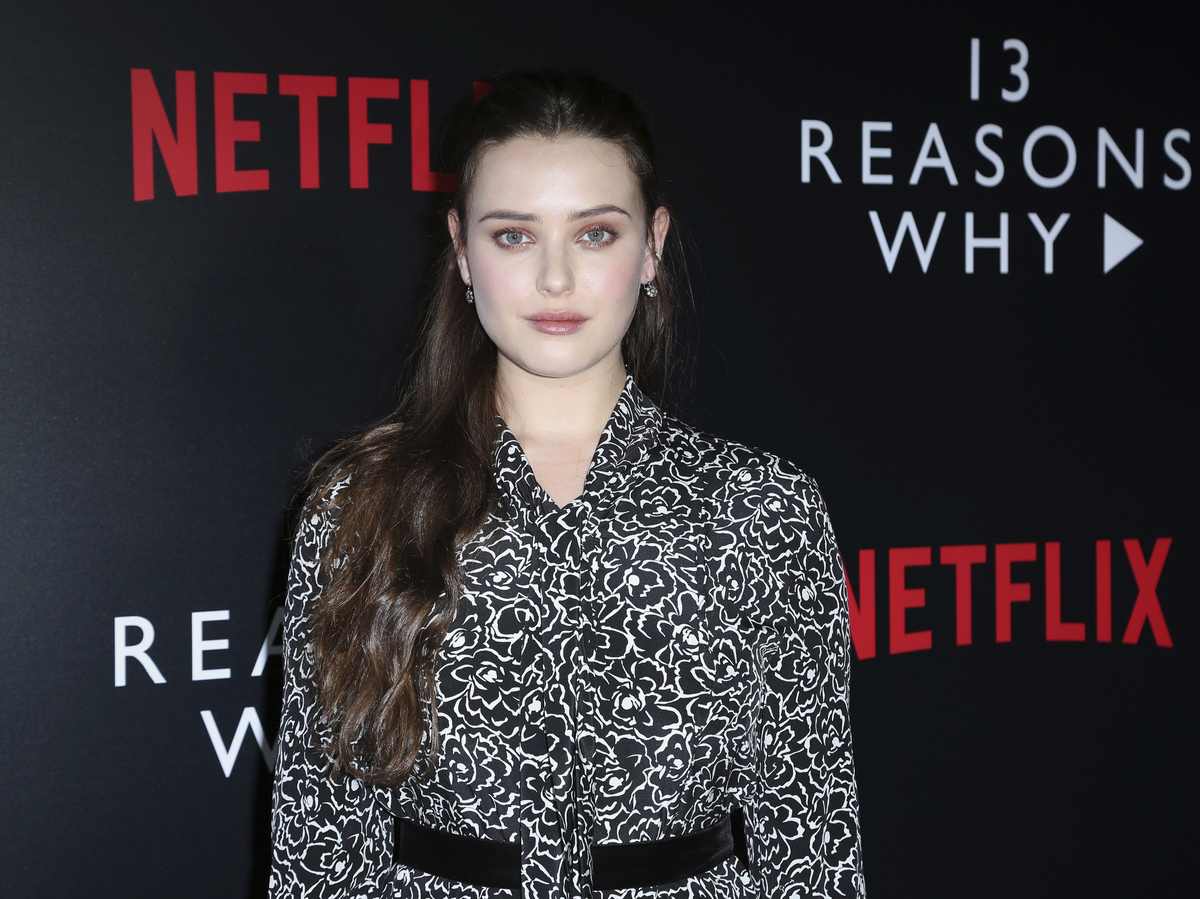 Katherine Langford arrives at a 13 Reasons Why event in June 2018 in Los Angeles. Langford plays a young woman who took her own life.

When Netflix's 13 Reasons Why was released two years ago, depicting the life of a teenager who decided to take her own life, educators and psychologists warned the program could lead to copycat suicides. Now, a study funded by the National Institutes of Health shows that those concerns may have been warranted.

In the month following the show's debut in March 2017, there was a 28.9% increase in suicide among Americans ages 10-17, said the study, published Monday in the Journal of the American Academy of Child and Adolescent Psychiatry. The number of suicides was greater than that seen in any single month over the five-year period researchers examined. Over the rest of the year, there were 195 more youth suicides than expected given historical trends.

Researchers warn that their study could not prove causation. Some unknown third factor might have been responsible for the increase, they said. Still, citing the strong correlation, they cautioned against exposing children and adolescents to the series.

"The results of this study should raise awareness that young people are particularly vulnerable to the media," study co-author Lisa Horowitz, a staff scientist at the National Institute of Mental Health, said in a statement. "All disciplines, including the media, need to take good care to be constructive and thoughtful about topics that intersect with public health crises."

13 Reasons Why Not: Michigan Teens Talk Honestly About Suicide

13 Reasons Why Not: Michigan Teens Talk Honestly About Suicide

Lead author Jeff Bridge, a suicide researcher at Nationwide Children's Hospital in Columbus, told The Associated Press that an additional analysis found the April suicide rate was higher than in the previous 19 years. "The creators of the series intentionally portrayed the suicide of the main character. It was a very graphic depiction of the suicide death," he said, which can lead to suicidal behavior.

The study found that boys were far more likely than girls to kill themselves after the show debuted. Suicide rates for females did increase, but it was not statistically significant. Nor were there any "significant trends" in suicide rates for people 18-64, researchers said.

As '13 Reasons Why' Returns, Schools Try To Help Students Who Are Thinking Of Suicide

In a statement, a Netflix spokesperson said they had "just seen this study and are looking into the research. "This is a critically important topic and we have worked hard to ensure that we handle this sensitive issue responsibly," Netflix said, according to The Associated Press.

The spokesperson noted that the study conflicts with research published last week out of the University of Pennsylvania. That study found that young adults, ages 18-29, who watched the entire second season of the show "reported declines in suicide ideation and self-harm relative to those who did not watch the show at all."

However, that study found, viewers who stopped watching the second season before the end "exhibited greater suicide risk and less optimism about the future than those who continued to the end." The results "suggest that a fictional story with a focus on suicidal content can have both harmful and helpful effects," the authors wrote.

"13 Reasons Why" Raises Questions Over Media And Mental Health

"13 Reasons Why" Raises Questions Over Media And Mental Health

When the show debuted, the National Association of School Psychologists issued a warning statement: "We do not recommend that vulnerable youth, especially those who have any degree of suicidal ideation, watch this series. Its powerful storytelling may lead impressionable viewers to romanticize the choices made by the characters and/or develop revenge fantasies," they said. "Suicide is not a solution to problems."

After the criticism, Netflix added a "viewer warning card" before the first episode. Netflix also added language publicizing the website 13reasonswhy.info, which offers resources for people contemplating suicide. Season 3 of the show is expected to be released this year.