Accessibility links
Abortion In The Third Trimester: A Rare Decision Now In The Political Spotlight Concerned about the makeup of the Supreme Court, abortion-rights advocates are pushing for state legislation to protect abortion rights throughout pregnancy, in some cases into the third trimester. 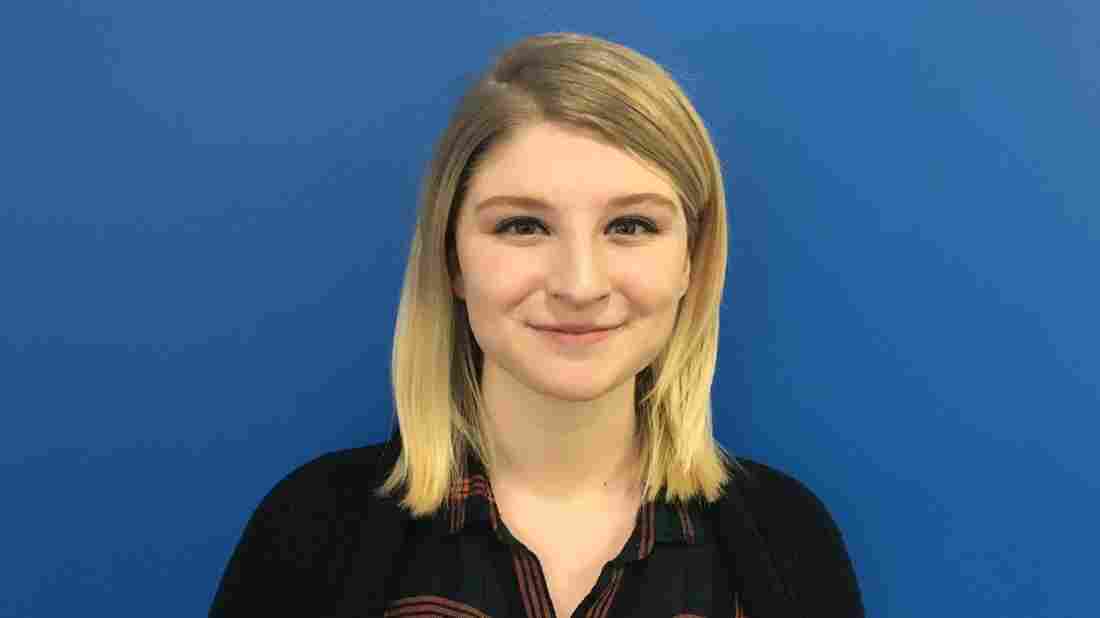 "[There were] a lot of people telling me how they felt about my situation without me asking — friends, family, strangers," Beth Vial said. "I mean, you tell someone that you're seven months pregnant and having an abortion, they've got some things to say." Sarah McCammon/NPR hide caption 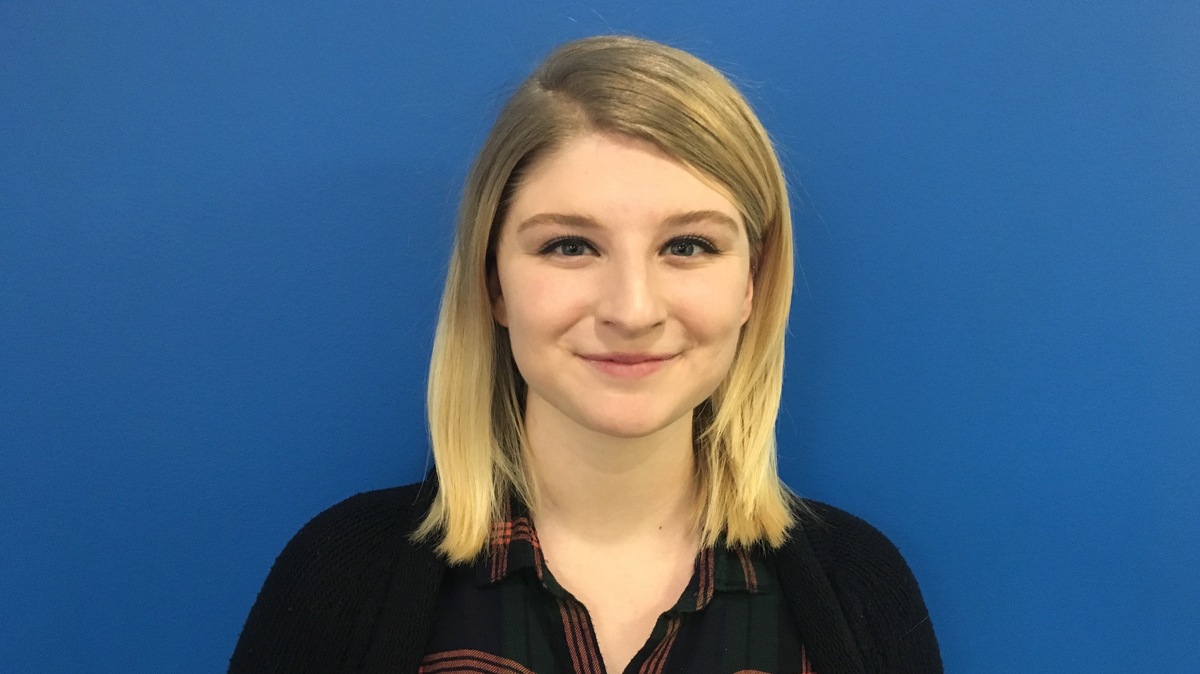 "[There were] a lot of people telling me how they felt about my situation without me asking — friends, family, strangers," Beth Vial said. "I mean, you tell someone that you're seven months pregnant and having an abortion, they've got some things to say."

Dana Weinstein was 31 weeks into her second pregnancy, preparing to welcome a daughter, when she and her husband were given horrible news: A critical piece of the brain had not developed properly.

"[We were told] that our baby would have seizures 70% of the time — that was a best-case scenario; that when we delivered her, that we'd need to have a resuscitation order in place because she would most likely seize to death," Weinstein said.

Almost a decade later, Weinstein and her husband are the parents of three active children — a boy and two girls. She's 48, living in the suburbs of Washington, D.C., and working for a nonprofit.

She still tears up when she talks about that diagnosis and the difficult decisions that surrounded it. Fearing a short and painful life for their baby, Weinstein and her husband chose to travel to Boulder, Colo., to end the pregnancy, at one of the few clinics in the country that offer third-trimester abortions.

Weinstein has been speaking publicly about her experience for years. But she decided to tell her story again recently, amid renewed national debate over decisions like hers.

"I just don't understand why and how this is so front and center in the national debate," Weinstein said. "I would have given anything to have been able to help our baby live if she could have lived. But she was going to be incapable of that."

With two of President Trump's picks now on the U.S. Supreme Court, activists on both sides of the abortion debate have taken the fight to state legislatures this year. 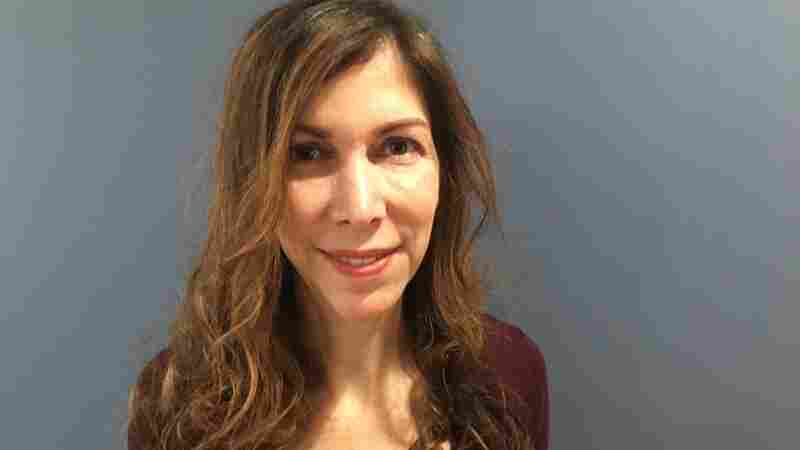 Fearing a short and painful life for their unborn baby, Dana Weinstein and her husband chose to travel to Boulder, Colo., to end the pregnancy at one of the few clinics in the country that offer third-trimester abortions. Sarah McCammon/NPR hide caption 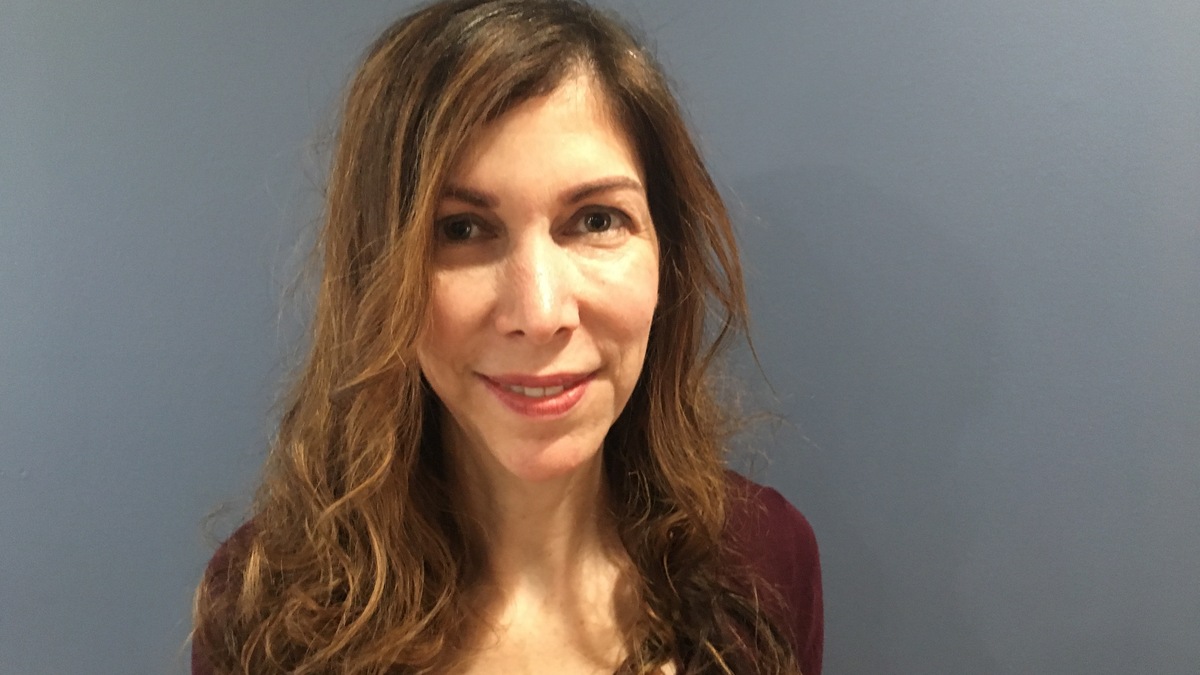 Fearing a short and painful life for their unborn baby, Dana Weinstein and her husband chose to travel to Boulder, Colo., to end the pregnancy at one of the few clinics in the country that offer third-trimester abortions.

Anti-abortion-rights activists are hoping the court will reconsider, and perhaps overturn, the 1973 Roe v. Wade decision that legalized abortion nationwide. In several states they've pushed through legislation banning the procedure from happening as early as six weeks into a pregnancy, hoping one of those bills will find its way to the Supreme Court.

In more liberal states — among them Vermont, Massachusetts and Illinois — lawmakers are pushing in the other direction, working to enshrine abortion rights in state law or remove existing bans. A failed proposal in Virginia to remove some restrictions on later abortions sparked heated rhetoric earlier this year, including claims that supporters were condoning infanticide.

"What we're seeing in some states is a complete overreach on the part of the abortion lobby," said Mallory Quigley, with the anti-abortion-rights group Susan B. Anthony List.

During his State of the Union address this year, President Trump weighed in on the issue, condemning a law passed in New York that removed some restrictions on the procedure, including later in pregnancy.

"These are living, feeling, beautiful babies who will never get the chance to share their love and their dreams with the world," Trump said.

At the federal level, abortion-rights opponents also are promoting proposals in Congress aimed at restricting later procedures. A recent bill sponsored by Republican Sen. Lindsey Graham of South Carolina, to ban the procedure nationwide after 20 weeks, appears unlikely to go very far — but it provided an opportunity for a Senate hearing on the issue.

Quigley said she believes opposition to abortion later in pregnancy will be a winning political issue for Republicans who oppose abortion rights.

"I think that the increased clarity that these types of debates are providing are going to help President Trump and pro-life senators, representatives, people on the ballot in 2020," she said.

Polling suggests that while a majority of Americans support access to abortion earlier, most oppose it by the third trimester.

The issue already is popping up on the 2020 campaign trail. At a recent campaign stop in Ohio, Democratic presidential hopeful Beto O'Rourke was asked for his views on third-trimester abortions. He responded that it "should be a decision the woman makes," before moving on.

However polarizing third-trimester abortions might be as a political issue, as a medical procedure, they are relatively rare. According to the Guttmacher Institute, which supports abortion rights, a little more than 1 percent occur sometime after 21 weeks, which is still well within the second trimester.

Dr. Warren Hern, who runs the clinic in Colorado where Weinstein traveled for her procedure, said many of the women he sees are in similar situations.

"These are tragic situations, and there's a tremendous sense of pain and loss and anguish for the woman and their family to end the pregnancy. So this is not something they want to do," Hern told NPR. "They want to have a baby; they don't want to have an abortion."

Some abortion-rights opponents argue that women facing life-ending fetal diagnoses should still go through with the pregnancy.

"If any other family member had a terminal diagnosis, there's no other circumstance where we would say, 'You know what, we should just kill them now; they don't have a chance for a meaningful life,' " said Dr. Ingrid Skop, an OB-GYN with the American Association of Pro-Life Obstetricians and Gynecologists. "And yet we do this with a fetus with a terminal diagnosis."

Skop acknowledged that these are difficult decisions for pregnant women and their families and said she still advocates giving birth.

"The woman would have the opportunity to hold the baby, to say her goodbyes to the baby. And I think that's a much more humane situation for that woman and for that baby," Skop said.

Skop said she worries that some women may seek abortions in the third trimester for other reasons, such as "coercion" by a former partner.

For Tara Mendola, the decision to end a third-trimester pregnancy after a devastating fetal diagnosis felt complicated — medically and morally.

"It was going to be bad enough for my children not to come home with a baby," Mendola said. "I really, really did not want to expose them to watching a sibling die immediately after they were born."

Mendola, 34, is a freelance writer and editor from Brookline, Mass. She has two children and is expecting another baby soon. In an essay for the website Rumpus last year, Mendola wrote about the moral complexity she felt around that decision in 2017, and how her Jewish faith guided her.

"I think the alternate viewpoint on this is you can't escape suffering; it's the easy way out to have an abortion," Mendola said in an interview with NPR. "It certainly was not easy ... but I think it was less traumatic for my family."

Whatever the circumstances surrounding the decision, women seeking the procedure in the late second or third trimester have few options, said Jen Villavicencio, an OB-GYN and fellow with the American College of Obstetricians and Gynecologists.

"She can't just show up at any clinic and decide to get an abortion. She's moving through tons and tons of barriers and hoops to be able to do this," Villavicencio said.

That was true for Beth Vial, a college student from Portland, Ore., who didn't learn she was pregnant until she was about 26 weeks along, in the summer of 2017. "I just [burst] out crying. I didn't believe them because I was told that wasn't a possibility for me," she said.

Vial has some health issues — including a condition that disrupts her menstrual cycles — which can make conception unlikely and a pregnancy harder to diagnose. Doctors in Portland told her she was too far along for an abortion there.

Vial was 22 at the time. She had recently ended her relationship and said she was sure she did not want to continue the pregnancy.

"I was already having a tough time in my life in a lot of other ways and it just felt like one more thing I really couldn't bear, or provide for, and I was panicked, I guess," Vial said.

Vial found a clinic in New Mexico that told her they would end her pregnancy up until 28 weeks — the beginning of the third trimester.

She scrambled, with the help of family, friends and a nonprofit that helps women pay for abortions, to pull together the fee of more than $10,000.

"[There were] a lot of people telling me how they felt about my situation without me asking — friends, family, strangers," Vial said. "I mean, you tell someone that you're seven months pregnant and having an abortion, they've got some things to say."

"People I thought were my friends made it clear to me that they disapproved," she said. "And that's fine. It wasn't changing my mind."