Accessibility links
Tony Awards 2019: 'Hadestown,' 'Ain't Too Proud' Lead Nominations Tally Tootsie, Beetlejuice and The Prom round up the Tony category for best musical, while The Ferryman, Gary, Ink, Choir Boy and What the Constitution Means to Me are all up for best play. 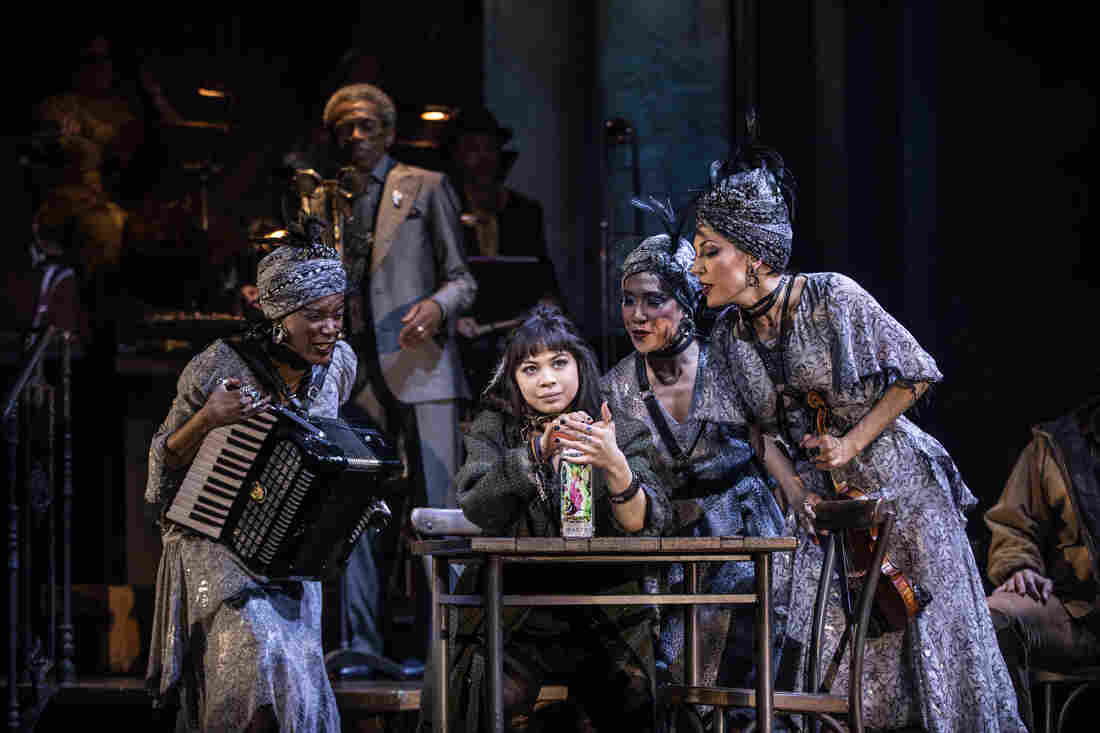 Hadestown was nominated for 14 Tony Awards, including one for best musical and another for best leading actress in a musical (Eva Noblezada, center). The awards ceremony is scheduled for June 9. Matthew Murphy/Courtesy of Hadestown, The Musical hide caption 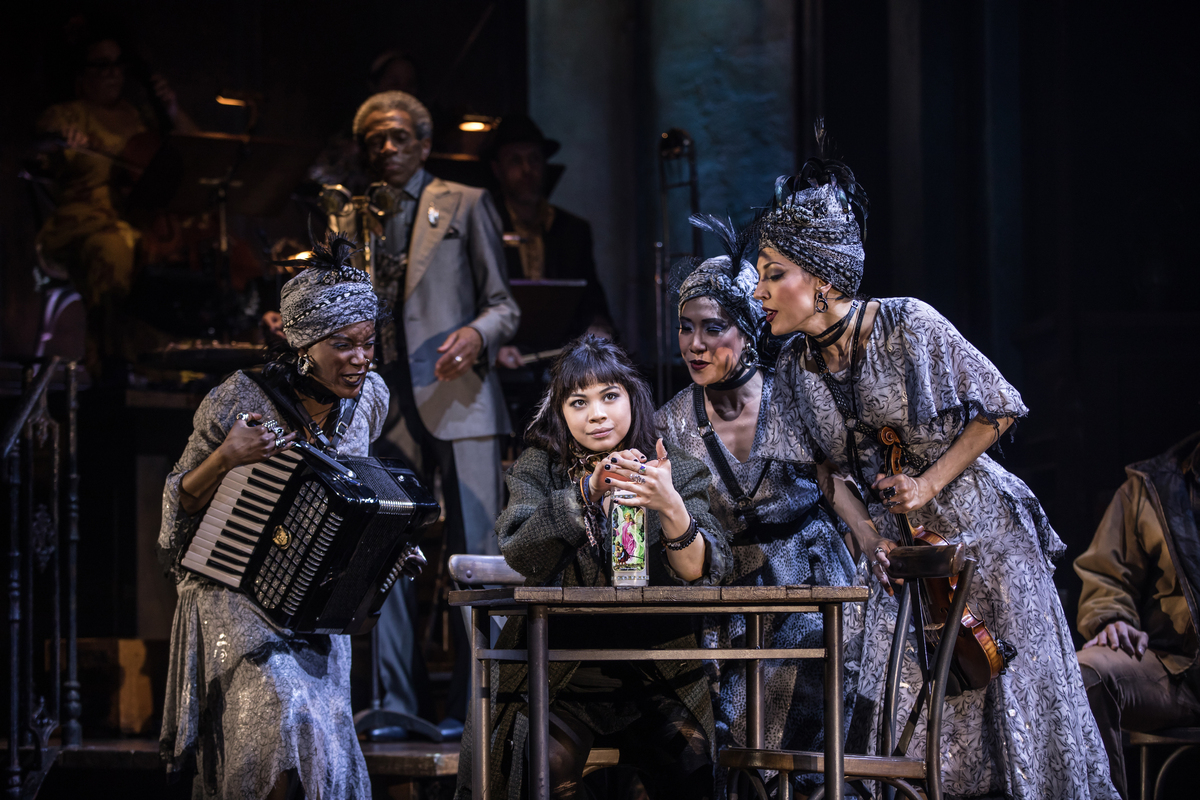 Hadestown was nominated for 14 Tony Awards, including one for best musical and another for best leading actress in a musical (Eva Noblezada, center). The awards ceremony is scheduled for June 9.

The 2018-2019 Broadway season hurtled to a close, with 14 plays and musicals opening in March and April, before the Tony Award nominations were announced on Tuesday morning. And some of the late entries into the race were handsomely rewarded.

Hadestown, a retelling of the Orpheus and Eurydice myth by singer-songwriter Anaïs Mitchell, opened just two weeks ago and took 14 nominations, including one for best musical. Another recent entry, a reworking of the 1980s film comedy Tootsie, took 11 nominations, also including best musical.

Rounding out the best musical category were a jukebox musical, Ain't Too Proud: The Life and Times of the Temptations, with 12 nominations; an adaptation of the film Beetlejuice, with eight; and an original musical, The Prom, with seven. 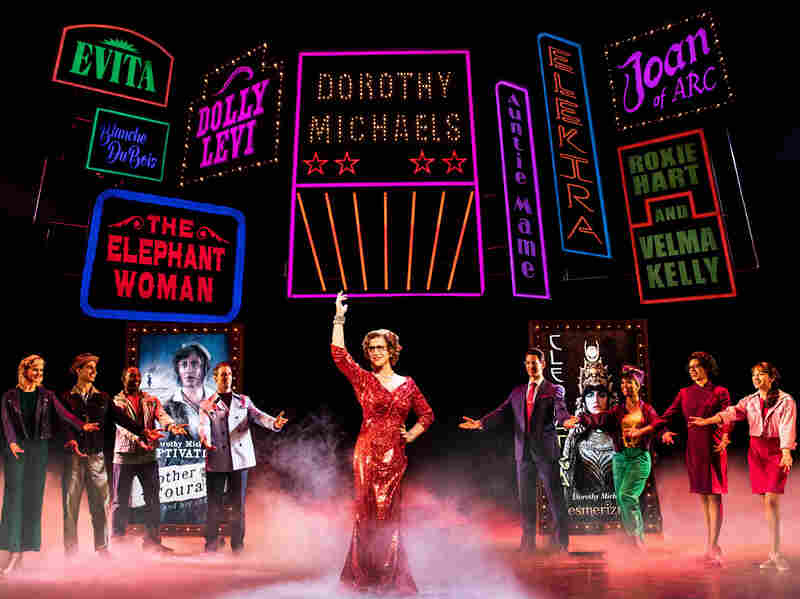 Santino Fontana (center) stars in Tootsie, one of the productions up for the Tony Award for best musical. Fontana is also nominated for best leading actor in a musical. Matthew Murphy/Courtesy of Tootsie hide caption 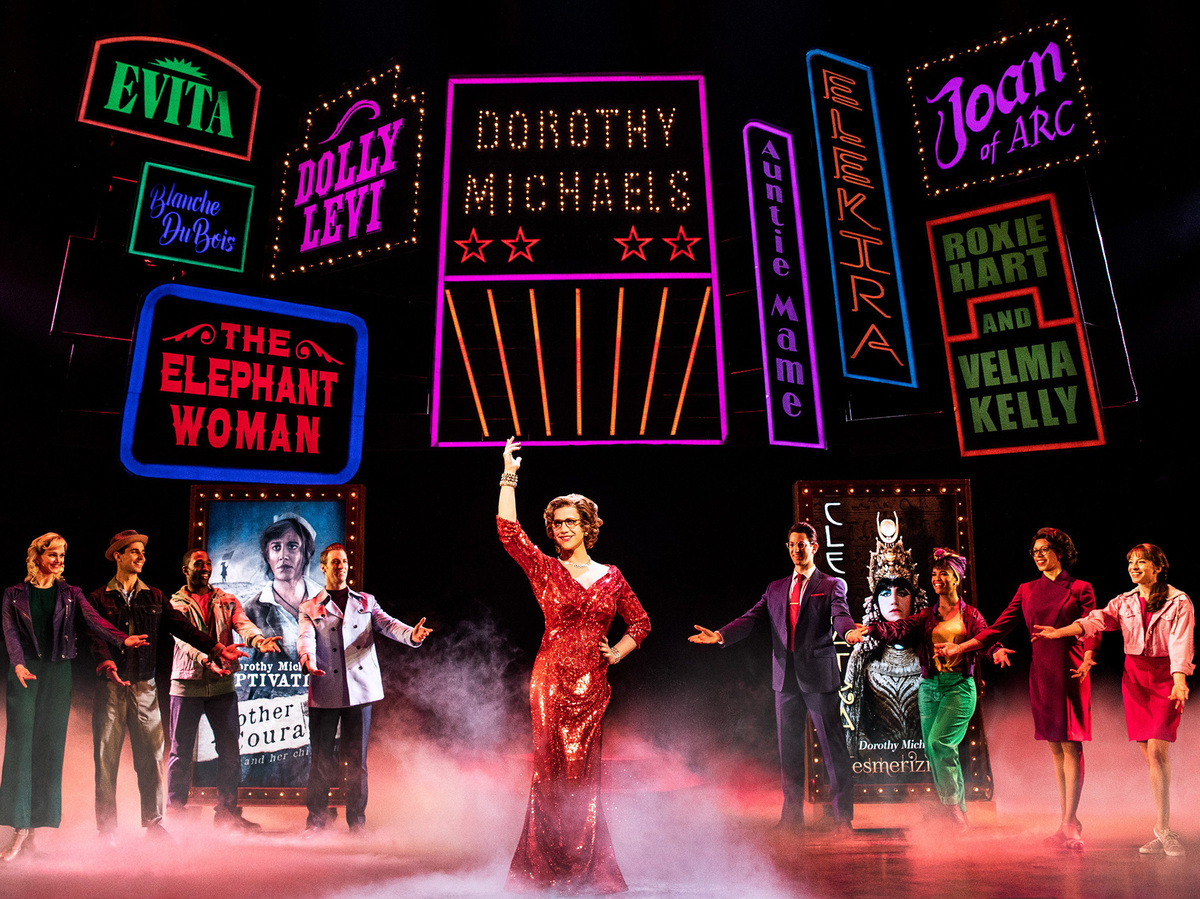 Santino Fontana (center) stars in Tootsie, one of the productions up for the Tony Award for best musical. Fontana is also nominated for best leading actor in a musical.

One of the biggest surprises of the season was the sheer number of new plays produced on Broadway: 14. Best play may be the hardest Tony category to predict.

The Ferryman, Jez Butterworth's family drama set in Northern Ireland during the "troubles," led the pack with nine nominations, followed closely by Taylor Mac's idiosyncratic Gary: A Sequel to Titus Andronicus, with seven, and Ink, a British import about young Rupert Murdoch, with six.

Rounding out the category were two Broadway debuts: Choir Boy, by Tarell Alvin McCraney — winner of an Academy Award for Moonlight — and What the Constitution Means to Me, a personal memoir written and performed by Heidi Schreck.

Two popular plays also captured several nominations, but not for the top prize. Aaron Sorkin's adaptation of Harper Lee's To Kill A Mockingbird, starring Jeff Daniels, received nine nominations, and an adaptation of Paddy Chayefsky's Network, starring Bryan Cranston, got five. Both of those lead actors were nominated in the best actor in a play category.

The best play revival field is particularly strong, with The Boys in the Band, The Waverly Gallery, All My Sons, Burn This and Torch Song all up for top honors. And only two musical revivals were eligible for best musical revival: an avant-garde staging of Rodgers and Hammerstein's Oklahoma!, which received eight nominations in total, and a revised version of Cole Porter's Kiss Me, Kate, which took four.

In addition to Daniels and Cranston, several big stars were nominated for top awards, including Adam Driver in Lanford Wilson's Burn This, Annette Bening in Arthur Miller's All My Sons, Elaine May in The Waverly Gallery and Kelli O'Hara in Kiss Me, Kate.

Some other stars were left out of their categories, including Glenda Jackson, who won a best actress Tony last year and starred in King Lear this season, and Nathan Lane, who leads Gary.

The Tony Awards will be presented on Sunday, June 9 at 8 p.m. Eastern time. The ceremony will be hosted by James Corden at Radio City Music Hall and broadcast on CBS.