Accessibility links
Mueller Letter Expressed Frustration With Barr Summary Of Russia Probe Findings The special counsel's letter to the attorney general may show a split over characterizations of the investigation's conclusions. It came before Barr meets the Senate and House Judiciary committees. 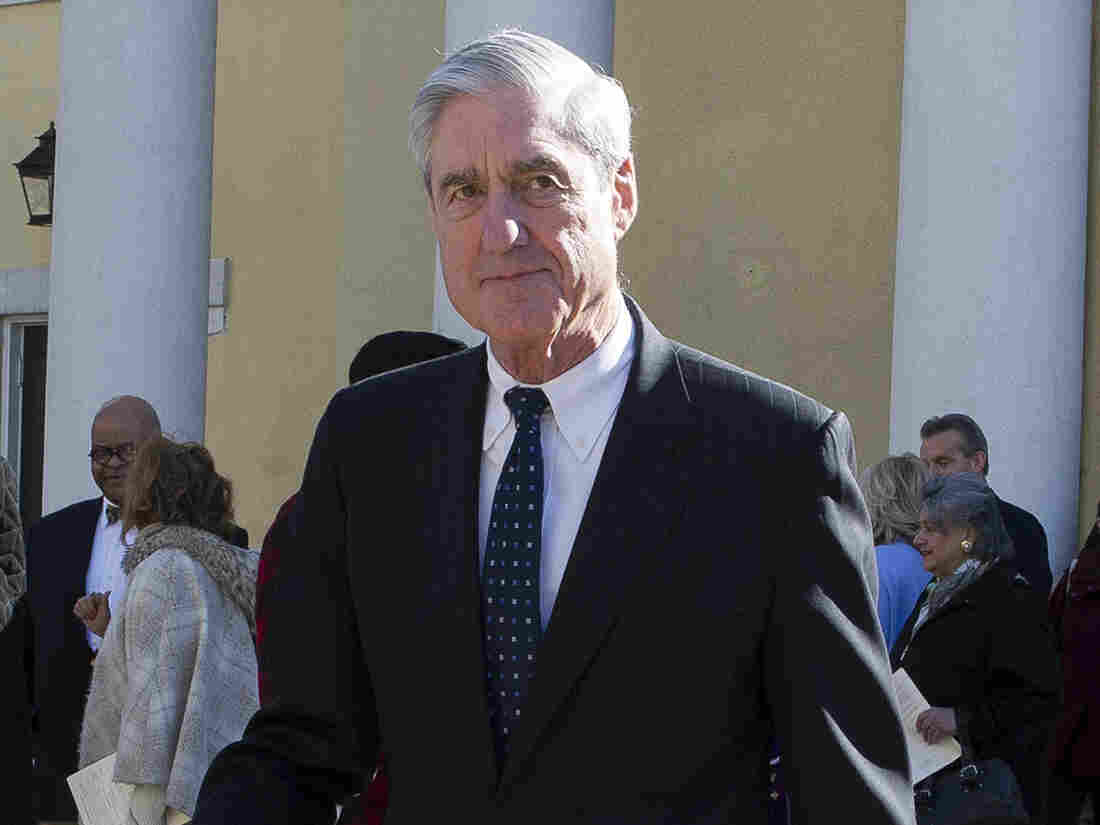 The revelation of special counsel Robert Mueller's concerns about the handling of his investigation's conclusions have added to calls for him to present his own findings to Congress. Cliff Owen/AP hide caption 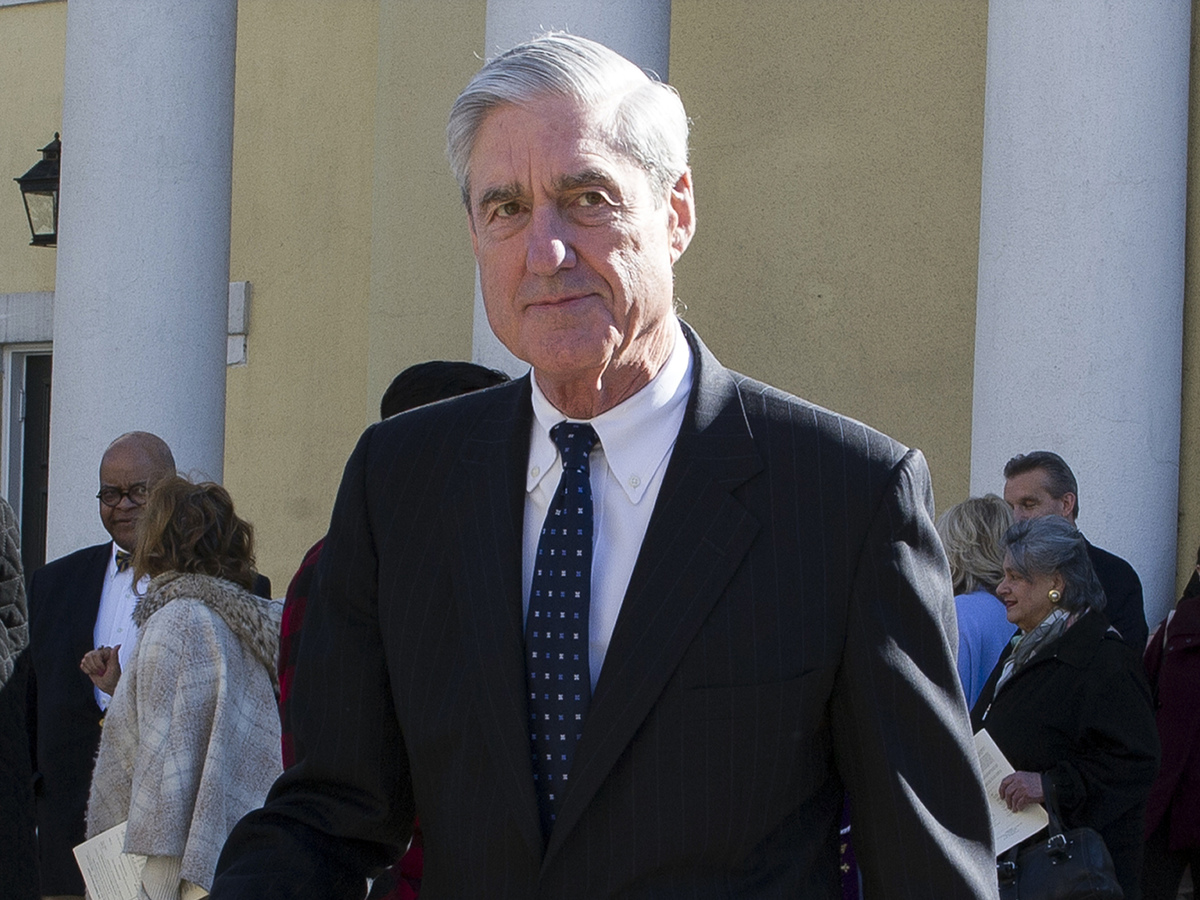 The revelation of special counsel Robert Mueller's concerns about the handling of his investigation's conclusions have added to calls for him to present his own findings to Congress.

Special counsel Robert Mueller wrote a letter in late March objecting to Attorney General William Barr's four-page summary of the conclusions of the investigation into possible ties between Russia and the Trump campaign, a Justice Department official confirmed Tuesday night.

The letter written to Barr expressed the special counsel's frustration that the attorney general's memo to Congress "did not fully capture the context, nature, and substance" of the investigation.

Days earlier, Barr had written that Mueller's 448-page report did not establish a conspiracy between Russia and the Trump campaign. He also said the probe reached no conclusion about possible obstruction of justice by President Trump.

Mary McCord, who was a senior official in the Justice Department's national security unit and who worked with Mueller until 2017, tells NPR that the gap between Barr's summary letter on March 24 and the release of the redacted Mueller report on April 18 was problematic.

"It completely created the narrative," she says of Barr's summary. McCord adds that phrases Barr used, such as "no collusion," became "what the buzz is for four weeks before the full report comes out."

The revelation of differences between Mueller and Barr over the handling of the investigation's conclusions have added to calls for Mueller to present his own findings to Congress. News of the letter came a day before Barr testified before the Senate Judiciary Committee. He is also slated to appear before the House Judiciary Committee on Thursday.

"The Attorney General should not have taken it upon himself to describe the Special Counsel's findings in a light more favorable to the President. It was only a matter of time before the facts caught up to him," Nadler said in a statement Tuesday night.

Nadler added that Barr should not have withheld Mueller's letter from Congress; he demanded that a copy of the letter be delivered no later than 10 a.m. Wednesday.

In his statement, Nadler also stressed the importance that Barr — and Mueller — appear before the House Judiciary Committee. "These reports make it that much more important for [Barr] to appear and answer our questions. The Department of Justice has also been reluctant to confirm a date for Special Counsel Mueller to testify. Given this evening's reports, I will press the Department to schedule that hearing without delay."

The attorney general is expected to come under tough questioning from Democrats on both panels about his summary, which the administration has used to argue that Mueller had cleared Trump of any wrongdoing.

The Barr summary has lead to "public confusion," Mueller wrote as quoted by the Post.

" 'The summary letter the Department sent to Congress and released to the public late in the afternoon of March 24 did not fully capture the context, nature, and substance of this office's work and conclusions,' Mueller wrote. 'There is now public confusion about critical aspects of the results of our investigation. This threatens to undermine a central purpose for which the Department appointed the Special Counsel: to assure full public confidence in the outcome of the investigations.' "

Mueller and Barr spoke in a phone call the day after the letter was received, said Justice Department spokeswoman Kerri Kupec.

"In a cordial and professional conversation, the Special Counsel emphasized that nothing in the Attorney General's March 24 letter was inaccurate or misleading," Kupec said in a statement. "But, he expressed frustration over the lack of context and the resulting media coverage regarding the Special Counsel's obstruction analysis."

Kupec added: "They then discussed whether additional context from the report would be helpful and could be quickly released. However, the Attorney General ultimately determined that it would not be productive to release the report in piecemeal fashion. The Attorney General and the Special Counsel agreed to get the full report out with necessary redactions as expeditiously as possible."

When the redacted Mueller report came out, there was new evidence of obstruction by the president. "This report does not exonerate the president, but it does point out there's some difficult legal issues in play here," NPR's Carrie Johnson reported.

McCord said the interaction between the special counsel and attorney general appears to be like nothing the public has seen before.

"I don't know of another example quite like this," she said, adding that such interactions might stay private.