Accessibility links
Poetry Out Loud 2019: High School Students Compete For Cash The Poetry Out Loud contest is kind of like a poetry spelling bee. Kids from across the country compete at reciting their chosen poems, and the winner takes home a prize of $20,000. 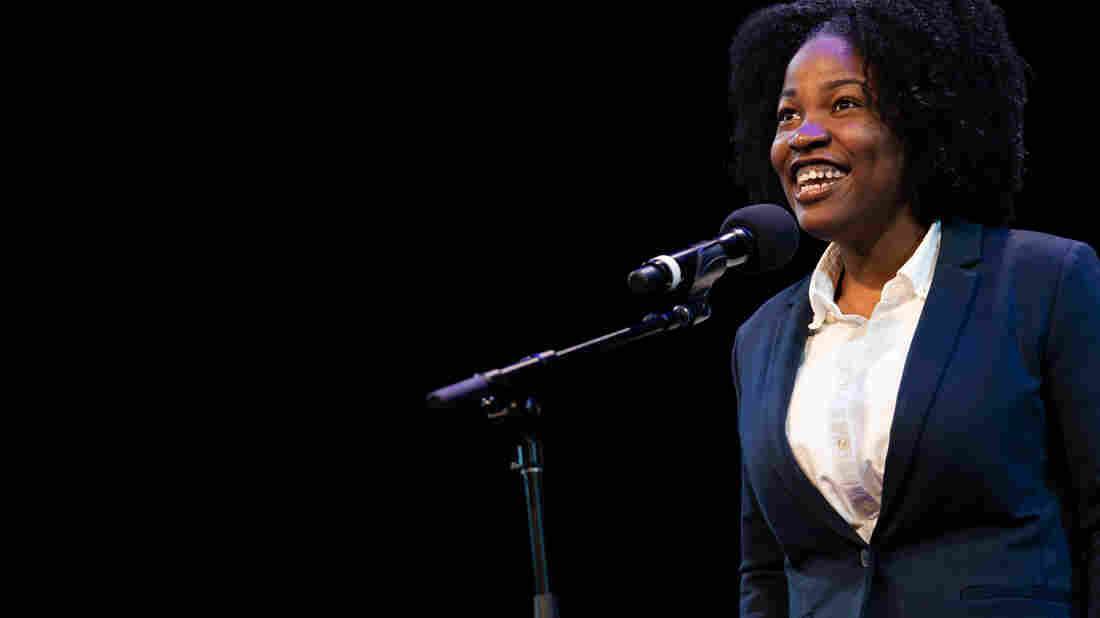 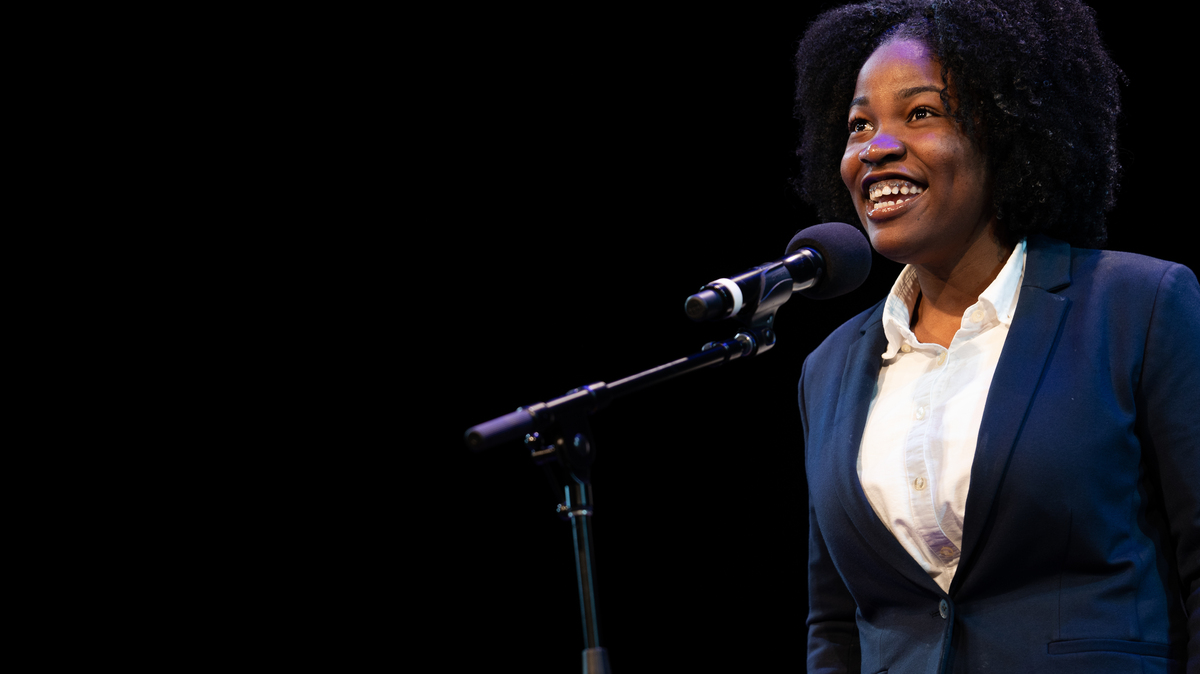 Mahlana Graham — champion from the U.S. Virgin Islands — recites at this year's Poetry Out Loud competition.

On Wednesday evening, nine high school students will compete for the title of national champion of Poetry Out Loud, a kind of annual spelling bee for poetry.

Tens of thousands of teens from across the country faced off in all 50 states, Washington, D.C., Puerto Rico and the U.S. Virgin Islands before they made it to Tuesday's semifinals at Lisner Auditorium on the campus of George Washington University in Washington, D.C.

This competition is a huge part of my life. I've been looking forward to it since I've been in elementary school.

For the competition — now in its 14th year — students select, memorize and recite classic and contemporary poems; this year, Shakespeare, Yeats, Langston Hughes, Emily Dickinson, Rita Dove and Philip Levine are in the mix. Judges rate the recitations on criteria including "physical presence," "voice and articulation" and "evidence of understanding."

Vermont state champion and returning finalist Vera Escaja-Heiss chose "To Solitude" by Alice Cary and "Harina de Castilla" by Sandra M. Castillo. As the daughter of immigrants from Spain and Germany, Escaja-Heiss says she looks for poems she can relate to. Castillo "talks about not knowing your culture and being stripped from it, and I feel that every day," she says.

Joao Rodrigues Victor, the state champion from Maine, landed a spot in the finals reciting "Bright Copper Kettles" by Vijay Seshadri and "A History Without Suffering" by E.A. Markham. Victor says he was pacing back and forth before it was his turn to take the stage. "I was really nervous," says Victor. "I get to compete with all these people from different states like Ohio," he says, in charming disbelief.

Asylum-Seeking Student Says Nothing Can Stand Between Him And Poetry

This is the second year in a row that Maine's state champion is an asylum- seeker. Victor is from Angola; last year's Maine champion was Allan Monga from Zambia, who sued the National Endowment for the Arts and the Poetry Foundation for a chance at the national title. Last year the NEA said only U.S. citizens could compete on that level; this year, the rules are different.

The semifinals were bittersweet for Mahlana Graham, champion from the U.S. Virgin Islands, who recited "Black Boys Play the Classics" by Toi Derricotte and "Her Head" by Joan Murray. As a senior, this is Graham's fourth and last Poetry Out Loud. She received an honorable mention, but was sad not to move to the next round.

"This competition is a huge part of my life," Graham said, tearing up a little. "I've been looking forward to it since I've been in elementary school."