Accessibility links
Julian Assange Sentenced To 50 Weeks In Prison; Faces Another Hearing Thursday The WikiLeaks founder, who had lived in the Ecuadorian Embassy in London since 2012, delayed justice, the judge said. He faces a hearing Thursday on an extradition request from the U.S. government. 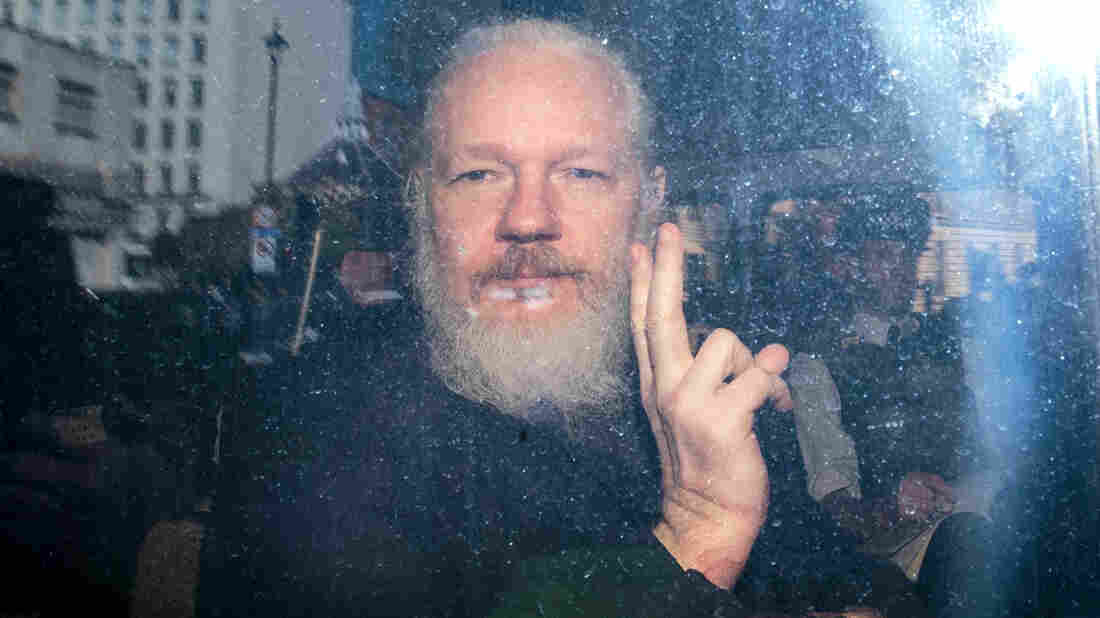 The WikiLeaks founder, who had lived in the Ecuadorian Embassy in London since 2012, delayed justice, the judge said. Jack Taylor/Getty Images hide caption 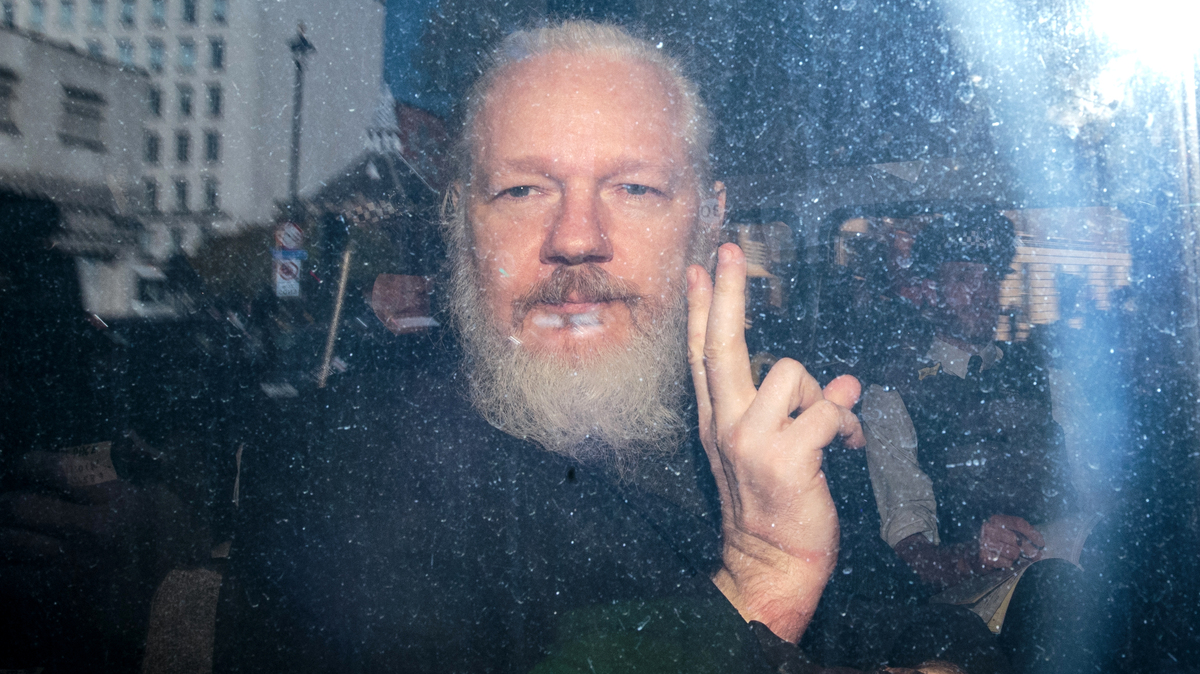 The WikiLeaks founder, who had lived in the Ecuadorian Embassy in London since 2012, delayed justice, the judge said.

Julian Assange has been sentenced to 50 weeks in prison by a British judge.

The controversial founder of WikiLeaks was arrested in April after being pushed out of the Ecuadorian Embassy in London, where he had been living since 2012, avoiding an international arrest warrant. That same day, he was convicted of jumping bail.

Judge Deborah Taylor said Assange's time in the embassy had cost British taxpayers the equivalent of nearly $21 million, and that he had sought asylum in a "deliberate attempt to delay justice."

Assange offered a written apology in court, claiming that his actions were a response to terrifying circumstances. He said he had been effectively imprisoned in the embassy; two doctors also provided medical evidence of the mental and physical effects of being confined.

The judge was not swayed by the arguments. "You were not living under prison conditions, and you could have left at any time to face due process with the rights and protections which the legal system in this country provides," she said.

Supporters of the 47-year-old, who see him as a light shining truth on government abuses of power, shouted "Free Julian Assange" as the van that transported him left Southwark Crown Court.

Protesters congregated nearby, criticizing the mainstream media and reportedly repeating the words "Shame on you" to the judge.

Assange had been wanted for questioning about allegations of rape and sexual misconduct, and he had faced extradition to Sweden, but Ecuador granted him asylum. He has maintained that he is innocent.

Assange is scheduled for another court hearing Thursday, as he faces the possibility of extradition to the United States. The U.S. Justice Department has accused him of helping former intelligence analyst Chelsea Manning in cracking a password stored on Department of Defense computers. Authorities said the trove of classified documents that WikiLeaks eventually published threatened U.S. national security.

Manning was convicted and served more than six years in prison. Her 35-year sentence was commuted by then-President Barack Obama.

Federal investigators have also said that Assange and WikiLeaks played an integral role in the Russian attack on the 2016 presidential election. Prosecutors contend that Russia's military intelligence agency, the GRU, gave Assange emails it had pilfered during that time.

Swedish authorities dropped one case against him because it expired, but Assange may still face prosecution efforts in Sweden. After his arrest, more than 70 members of British Parliament signed a letter to support his extradition to Sweden if authorities there request it.

WikiLeaks called Assange's sentence on Wednesday "as shocking as it is vindictive." The organization said it has "grave concerns as to whether he will receive a fair extradition hearing in the UK."

WikiLeaks' Icelandic editor, Kristinn Hrafnsson, told reporters that Thursday's hearing would be the "big fight," a battle over Assange's extradition to the United States.