Accessibility links
Ex-CIA Officer Pleads Guilty To Espionage For China Jerry Lee told the judge he "conspired to gather and send secret information" to China. This is the third time in the past year a former U.S. intelligence officer has been tied to spying for China. 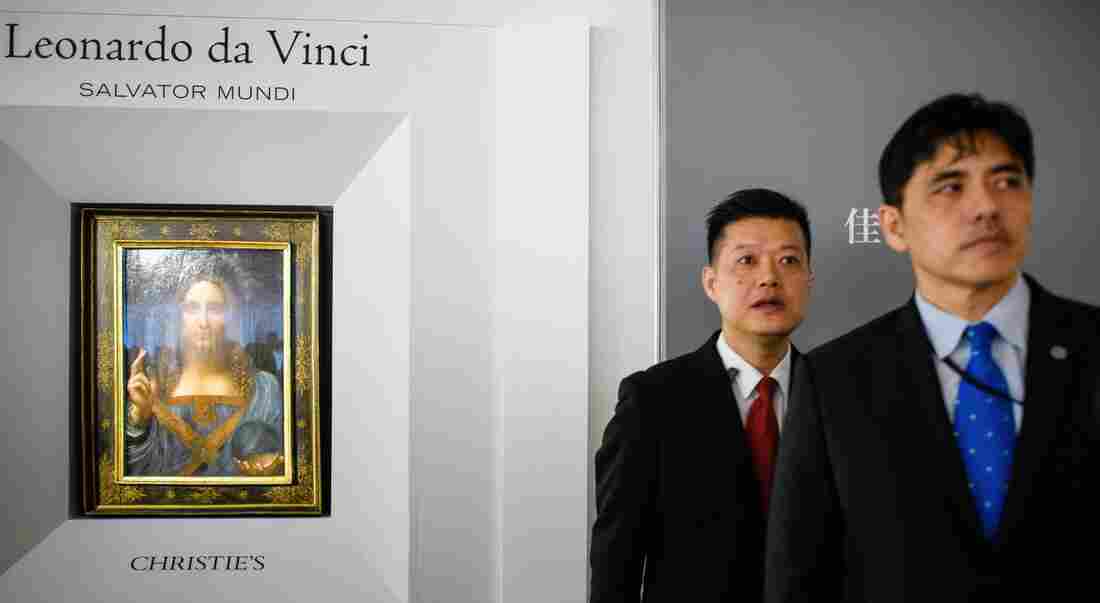 The Hong Kong media identified the man on the right as former CIA officer Jerry Chun Shing Lee. He was a security official at the unveiling of Leonardo da Vinci's Salvator Mundi painting at the Christie's showroom in Hong Kong on Oct. 13, 2017. Three months later, Lee was arrested at JFK airport in New York. He pleaded guilty in U.S. federal court Wednesday to spying for China. Anthony Wallace/AFP/Getty Images hide caption 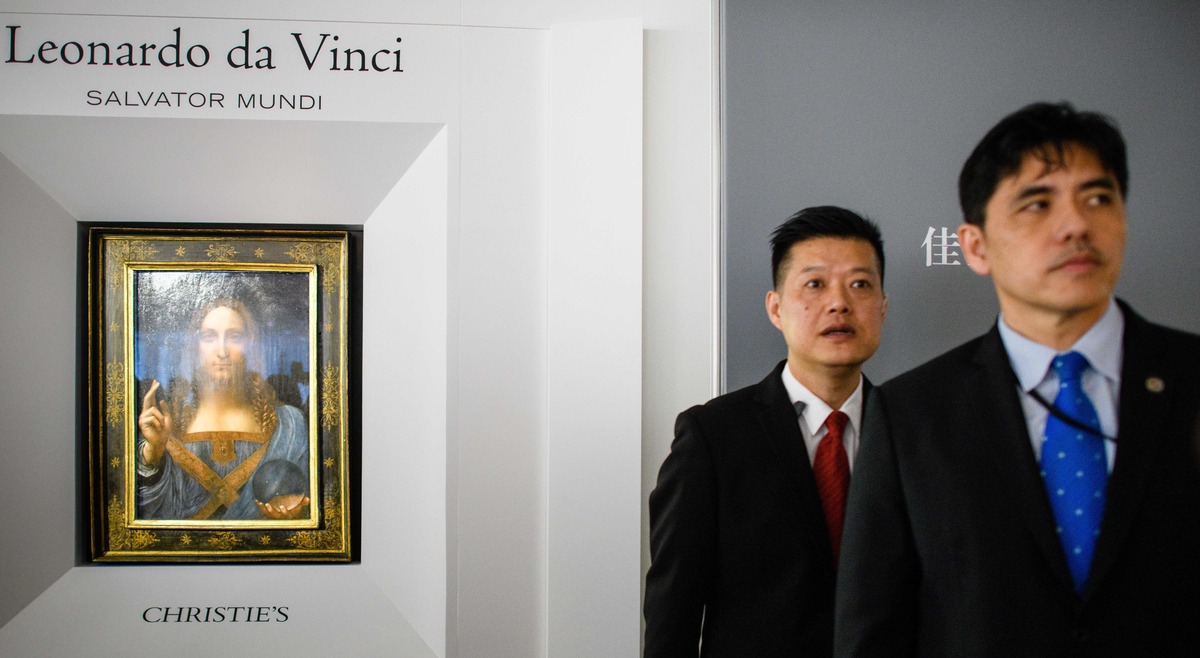 The Hong Kong media identified the man on the right as former CIA officer Jerry Chun Shing Lee. He was a security official at the unveiling of Leonardo da Vinci's Salvator Mundi painting at the Christie's showroom in Hong Kong on Oct. 13, 2017. Three months later, Lee was arrested at JFK airport in New York. He pleaded guilty in U.S. federal court Wednesday to spying for China.

An ex-CIA officer pleaded guilty in federal court Wednesday to spying for China, the third separate espionage case in the past year linking a former U.S. intelligence officer to the Asian nation.

Jerry Chun Shing Lee, 54, entered the guilty plea to the most serious of the three charges he was facing.

"I conspired to gather and send secret information to the PRC (People's Republic of China)," Lee said when asked by Judge T.S. Ellis to describe his actions.

In exchange for the guilty plea, prosecutors in the U.S. District Court in Alexandria, Va., agreed to drop two lesser charges of retaining secret information after he left the CIA.

The plea agreement calls for a minimum sentence of about 21 years. But Judge Ellis emphasized that this was only a recommendation and he is free to impose the sentence he sees fit when Lee is sentenced on Aug. 23. The charge carries a maximum penalty of life in prison.

Lee worked as a CIA officer in China and elsewhere from 1994 to 2007. After resigning from the agency, he settled in Hong Kong and became a private businessman.

Prosecutor Neil Hammerstrom said Lee met with Chinese intelligence officials in 2010 and subsequently made cash deposits in his Hong Kong bank accounts totaling hundreds of thousands of dollars over the next three years. 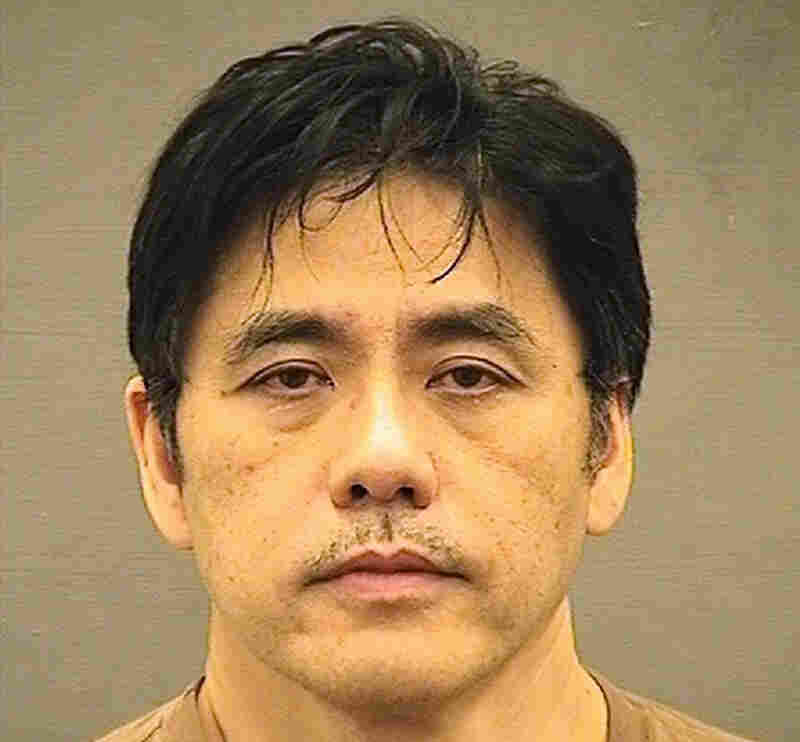 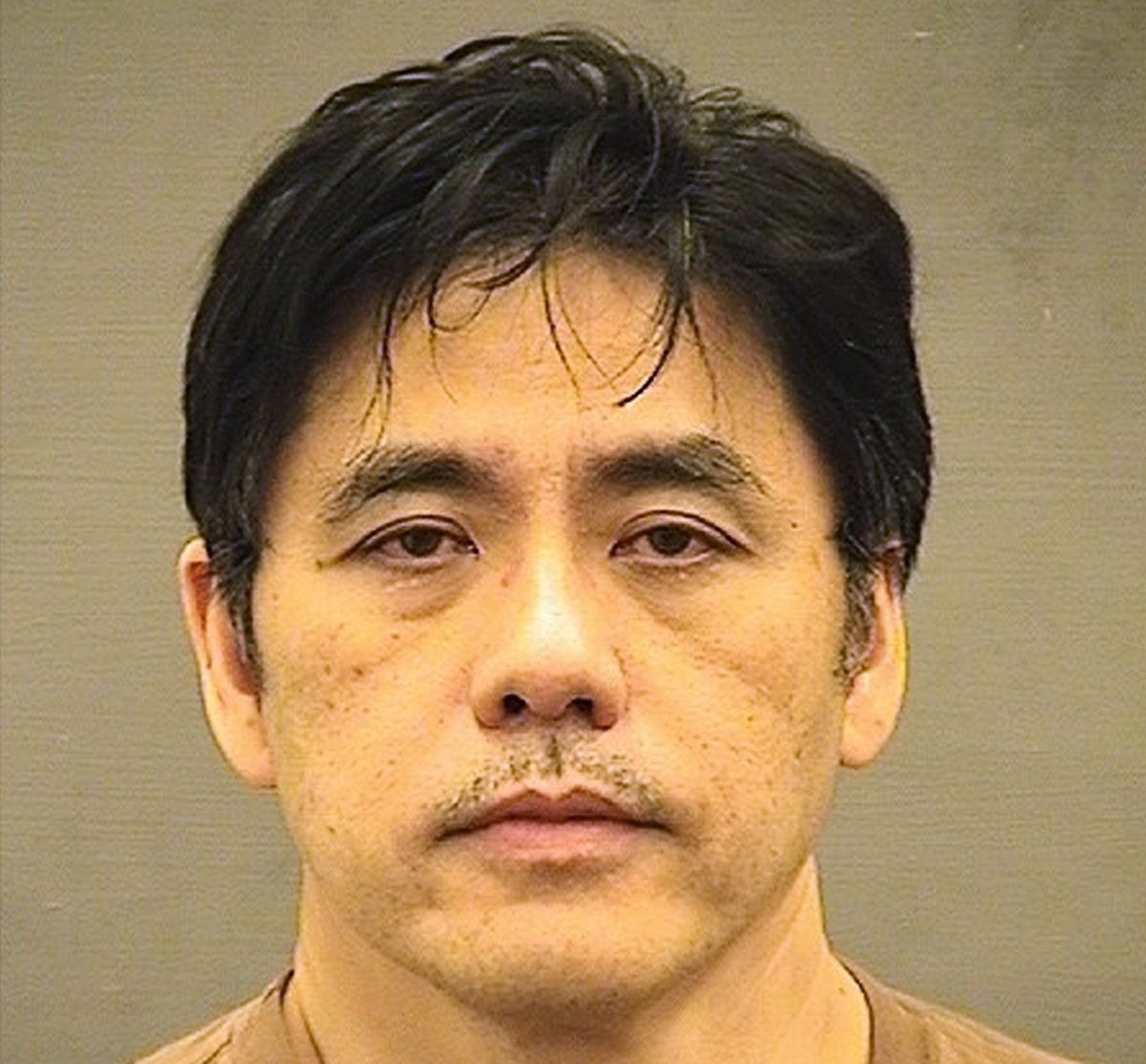 From 2010 to 2012, a dozen or more Chinese citizens secretly cooperating with the CIA were arrested and either jailed or executed by the Chinese government, according to media reports and former CIA officials.

This was a major blow to CIA operations in China, and there has been considerable speculation about whether Lee might have played a role. Some media reports said Lee was a leading suspect in the CIA's hunt for a mole, while others have suggested that the Chinese may have broken into a CIA communications system, which led them to the spies.

However, Lee's attorney, Edward MacMahon said the government's court filings never accused Lee of actually delivering information to the Chinese and did not blame him for any deaths.

"Those were stories leaked to the media," said MacMahon. "There's no allegation in the indictment or the government's statement of facts that Mr. Lee had anything to do with anybody getting killed."

The CIA has not commented on the case.

Lee becomes the third former U.S. intelligence official tied to spying for China over the past year.

Kevin Mallory, a former officer with the CIA and the Defense Intelligence Agency, was convicted at a trial last year and is scheduled to be sentenced this month. Ron Hansen, a former DIA officer, pleaded guilty in March and is now serving a 15-year sentence.

They include traditional spy-vs.-spy efforts aimed at stealing U.S. government and military secrets, as well as an extensive Chinese program to pilfer high tech from private companies and universities.

"No country poses a broader, more severe intelligence-collection threat than China," FBI Director Christopher Wray said last week. "They're doing it through Chinese intelligence services, through state-owned enterprises, through ostensibly private companies, through graduate students and researchers, through a variety of actors all working on behalf of China."

Lee was born in Hong Kong and is a naturalized U.S. citizen. He resigned from the CIA 12 years ago, reportedly frustrated that his career had stalled.

He had been the target of an FBI investigation since 2012, when he traveled from Hong Kong to the U.S., stopping in Hawaii and Virginia. FBI agents secretly searched his hotel rooms in both states and discovered Lee's handwritten notes in two small address books that "contained true names and phone numbers of assets and covert CIA employees, as well as the addresses of CIA facilities" all related to China, according to the indictment.

Lee was interviewed by the FBI at the time, but was allowed to leave the U.S. and returned to Hong Kong. He was arrested in January 2018, when he returned to the U.S. on another visit and was picked up at New York's John F. Kennedy Airport.