Accessibility links
U.S. Won't Track Key Data On Taliban Strength In Afghanistan A watchdog report says the U.S. military is no longer collecting — and therefore no longer releasing — one of the most concrete measures of the war's progress. 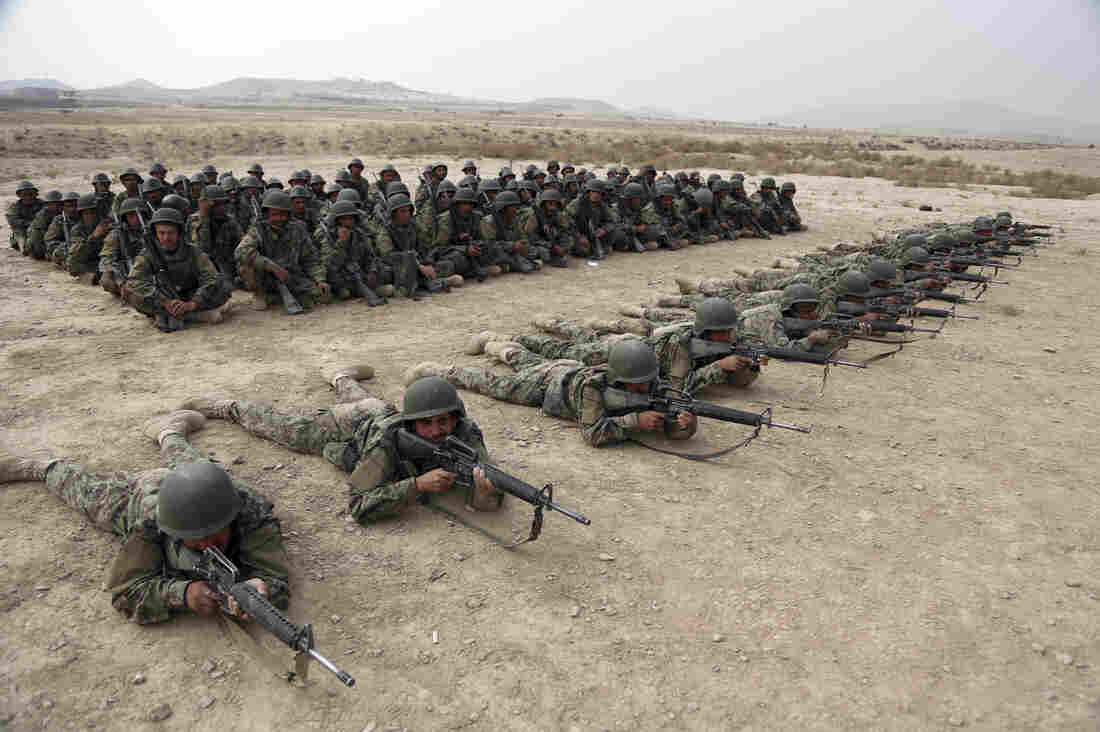 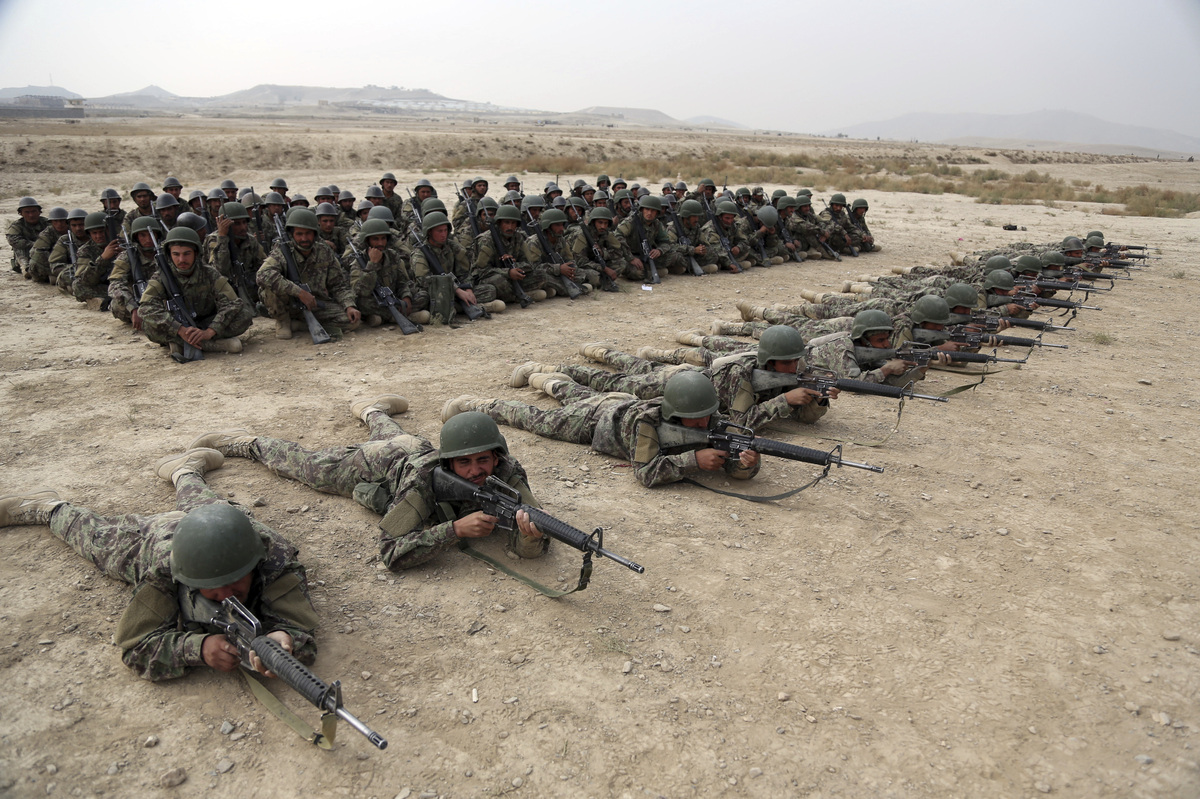 A group of Afghan National Army soldiers watch others participate in a live fire exercise at the Afghan Military Academy last October in Kabul, Afghanistan.

The U.S. has lost more than 2,200 lives and spent more than $840 billion on Afghanistan, its longest-ever war.

But the U.S. public is steadily provided with less and less key information about how the war is going. Now, another crucial measure of the war's progress is no longer public.

That data is typically released in quarterly reports from the Special Inspector General for Afghanistan Reconstruction, a body set up by Congress to audit U.S. spending in the war.

In the report released Wednesday, however, SIGAR says the NATO-led mission, Resolute Support, "formally notified SIGAR that it is no longer assessing district-level insurgent or government control or influence."

A copy of the communication from the U.S. military command in Afghanistan, which was provided in the report, stated that district stability data "was of limited decision-making value to the Commander."

It didn't explain why data about who controlled what territory would not be useful to a commander. The Resolute Support press office did not immediately answer NPR's request for comment.

SIGAR notes that the U.S. military has stated there is some "uncertainty in the models" that produce this data – at the same time, it says that "despite its limitations, the control data was the only unclassified metric provided by [Resolute Support] that consistently tracked changes to the security situation on the ground."

This spring, the U.S. has been holding discussions with representatives from the Taliban, with hopes that the Taliban and the Afghan government will be able to eventually reach a peace agreement.

At the same time, fighting continues. The war has long been described as a stalemate by senior U.S. military officials. This report centers around the winter months, when fighting has typically slowed down – and yet this past quarter, "enemy-initiated attacks rose considerably: the monthly average attacks from November 2018 through January 2019 was up 19 percent compared to the monthly average over the last reporting period."

These are some of the data categories that are no longer released, most since Oct. 2017: certain measures of Afghan National Defense and Security Forces casualties (now only general trend information is released), performance assessments for a number of branches of the Afghan security forces, operational readiness information about the Afghan National Army, and reporting on anti-corruption efforts by the Afghan Ministry of Interior.

One data point that remains in the report is civilian casualties. SIGAR, citing the United Nations Assistance Mission in Afghanistan, said they reached a record high in 2018, at 10,993 documented cases. That's an overall increase of 5% compared to 2017, and 63 percent were attributed to antigovernment groups such as the Taliban. It says 14% were attributable to Afghan security forces and 6% to international military forces.

The report states that civilian casualties declined sharply in early 2019.

At the time, John F. Sopko, the special inspector general for Afghanistan Reconstruction, told Morning Edition that "when you needlessly conceal information from people, I think people are concerned and get suspicious that maybe it's worse than we are being told."