Accessibility links
Caster Semenya Loses Testosterone Case In Arbitration Court The South African track star had sought to have new regulations about permissible testosterone levels in female athletes declared invalid. But Semenya says she "will once again rise above." 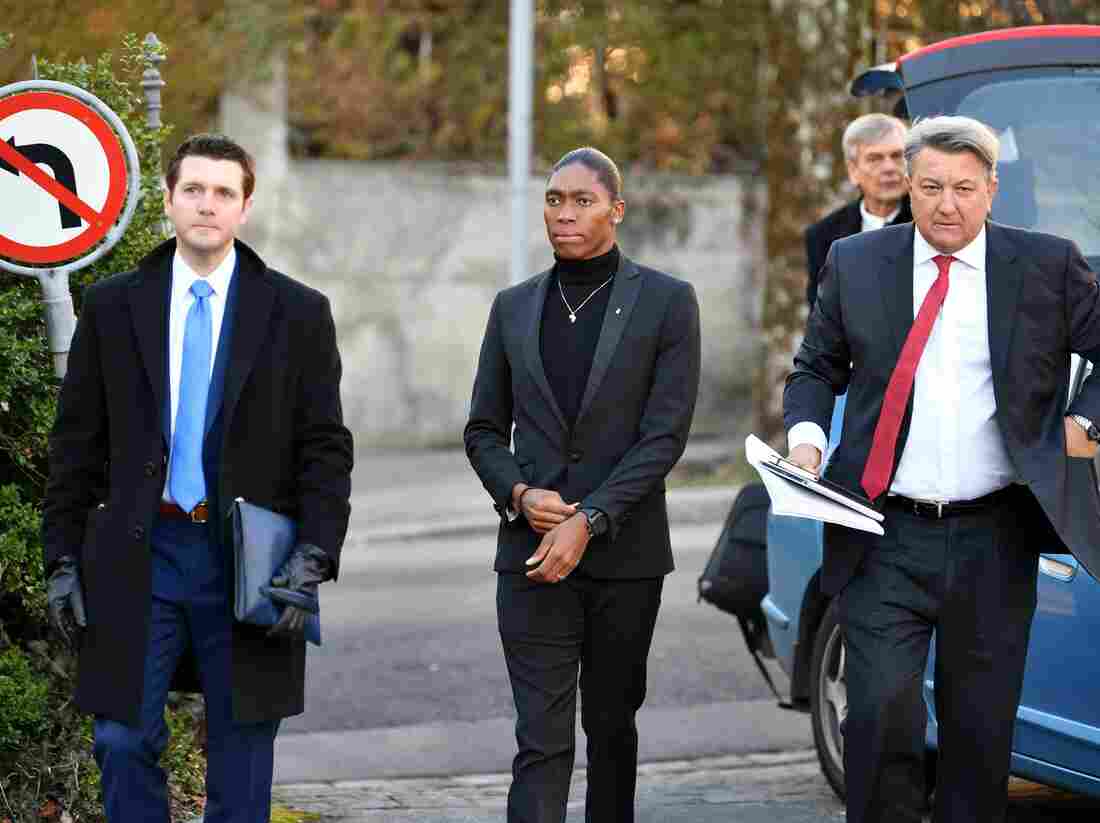 South African Olympic champion Caster Semenya (center) and her lawyer, Gregory Nott (right), arrive for a hearing at the Court of Arbitration for Sport in Switzerland in February. Harold Cunningham/AFP/Getty Images hide caption 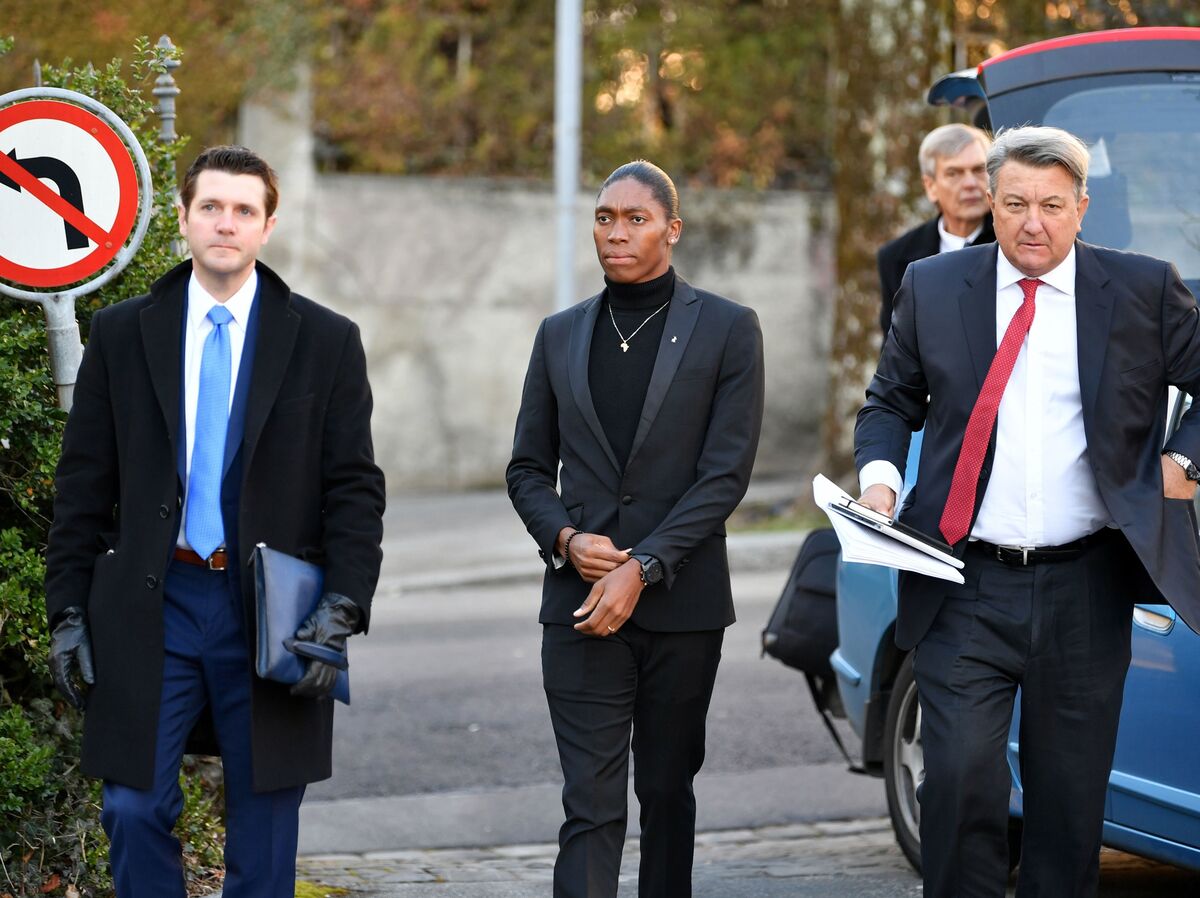 South African Olympic champion Caster Semenya (center) and her lawyer, Gregory Nott (right), arrive for a hearing at the Court of Arbitration for Sport in Switzerland in February.

The highest court in sports has ruled that the regulations adopted by track and field's international governing body regarding women with high levels of testosterone are discriminatory but necessary to ensure fair competition in female athletics.

South African track star Caster Semenya and Athletics South Africa asked the Court of Arbitration for Sport to overturn regulations by the International Association of Athletics Federations that pertained to female athletes with high levels of testosterone.

The IAAF regulation in question requires female athletes with testosterone levels in the range of males to reduce their natural testosterone levels and to maintain that reduced level for at least six months to be eligible to compete in certain track and field events in international competition. The IAAF suggests this reduction be done by taking hormonal contraceptives, and it emphasizes that surgical changes are not required.

In a summary of its decision, the court wrote that its panel found that the IAAF's relevant regulations are discriminatory because they impose differential treatment based on protected characteristics in that they "establish restrictions that are targeted at a subset of the female/intersex athlete population, and do not impose any equivalent restrictions on male athletes."

The IAAF said in a statement that it is "grateful" for the ruling "and is pleased that the Regulations were found to be a necessary, reasonable and proportionate means of achieving the IAAF's legitimate aim of preserving the integrity of female athletics" in the events covered by the regulations.

In a statement released to The Associated Press and other outlets, Semenya wrote: "I know that the IAAF's regulations have always targeted me specifically. For a decade the IAAF has tried to slow me down, but this has actually made me stronger. The decision of the CAS will not hold me back. I will once again rise above and continue to inspire young women and athletes in South Africa and around the world."

The South African Sports Confederation and Olympic Committee criticized the decision. "We maintain that the rules are ill-thought and will be a source of distress for the targeted female athletes," it said, according to the AP.

The court expressed concerns about how the regulations will work in practice, including the possibility that affected athletes may be unable to maintain a natural testosterone level below the required level on a consistent basis.

And the court noted how difficult the case was, involving "a complex collision of scientific, ethical and legal conundrums."

The matter involves incompatible and competing rights, the court wrote: "Put simply, on one hand is the right of every athlete to compete in sport, to have their legal sex and gender identity respected, and to be free from any form of discrimination. On the other hand, is the right of female athletes, who are relevantly biologically disadvantaged vis-à-vis male athletes, to be able to compete against other female athletes and to achieve the benefits of athletic success. The decision is also constrained by the accepted, necessary, binary division of athletics into male events and female events, when there is no such binary division of athletes."

The ruling means that Semenya would have to lower her testosterone levels to compete at upcoming meets, including the world championships in September.