Accessibility links
New Canadian $10 Bill Wins International Bank Note Award The $10 bill is purple, contains polymers, and is vertically oriented. It features the first image of a Canadian woman on the country's currency. 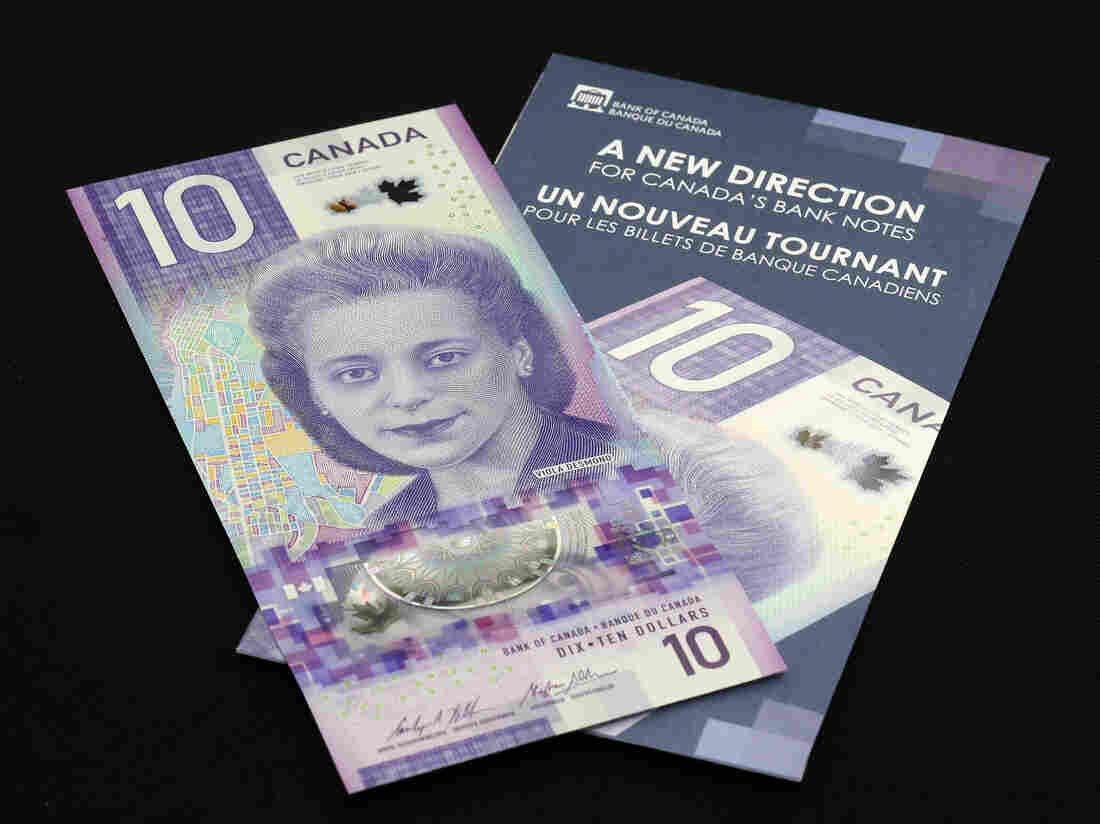 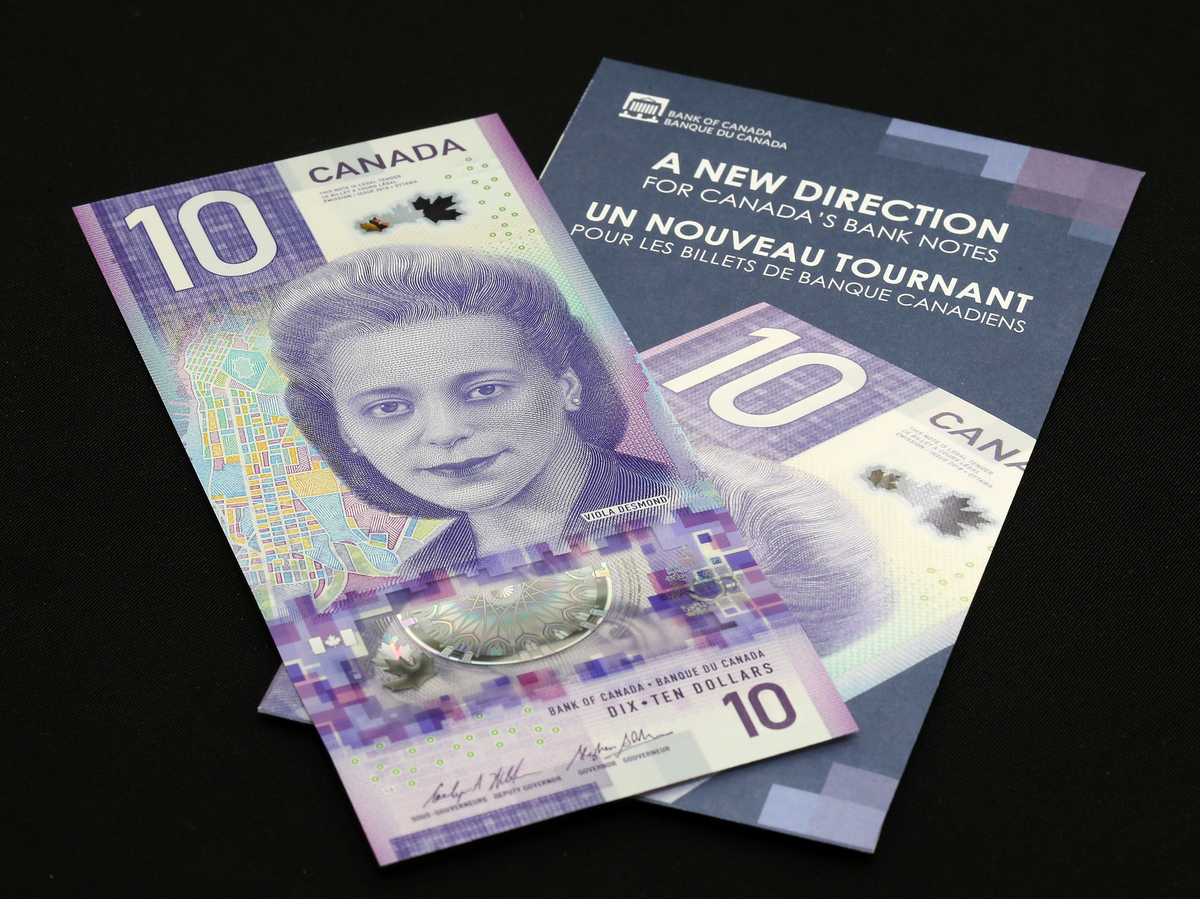 The Canadian bill featuring the image of Viola Desmond, a Nova Scotia businesswoman and social justice pioneer, was awarded "Bank Note of the Year Award" for 2018 by the International Bank Note Society.

Desmond is the first Canadian woman to appear on that country's currency. The honor traditionally has been restricted to British royalty, such as Queen Elizabeth II.

The back of the note depicts the Canadian Museum for Human Rights in Winnipeg, Manitoba.

The new polymer-containing bank note is purple and "just fractionally larger than neighboring United States currency bills," said the IBNS announcement. "Incorporating the latest in technological standards, the bold security features are easy to check and difficult to counterfeit."

"The organisation considers the artistic merit, design, use of colour, contrast, balance and security features of each nominated bank note," the BBC reported.

Canada also has confirmed that its next four new notes will adopt the vertical format.

In 1946, Desmond was arrested for refusing to sit in a blacks-only section of a Nova Scotia movie theater. She was fined "for attempting to defraud the provincial government" on the 1-cent differential price charged between the theater's black and white sections. She received posthumous free pardon in 2010.

A previous version of this story misspelled Winnipeg as Winnepeg.