Accessibility links
Opioid Trial: Insys Executive John Kapoor Guilty Of A Racketeering Conspiracy The federal government accused John Kapoor, the founder of Insys Therapeutics, and his co-defendants of running a nationwide bribery scheme that contributed to the opioid crisis. 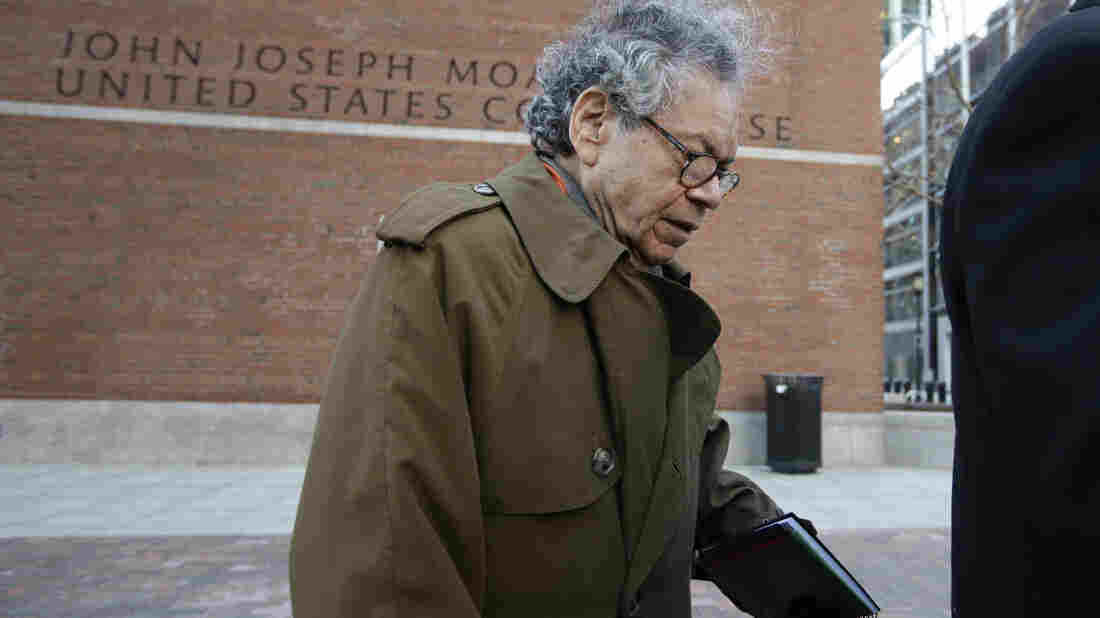 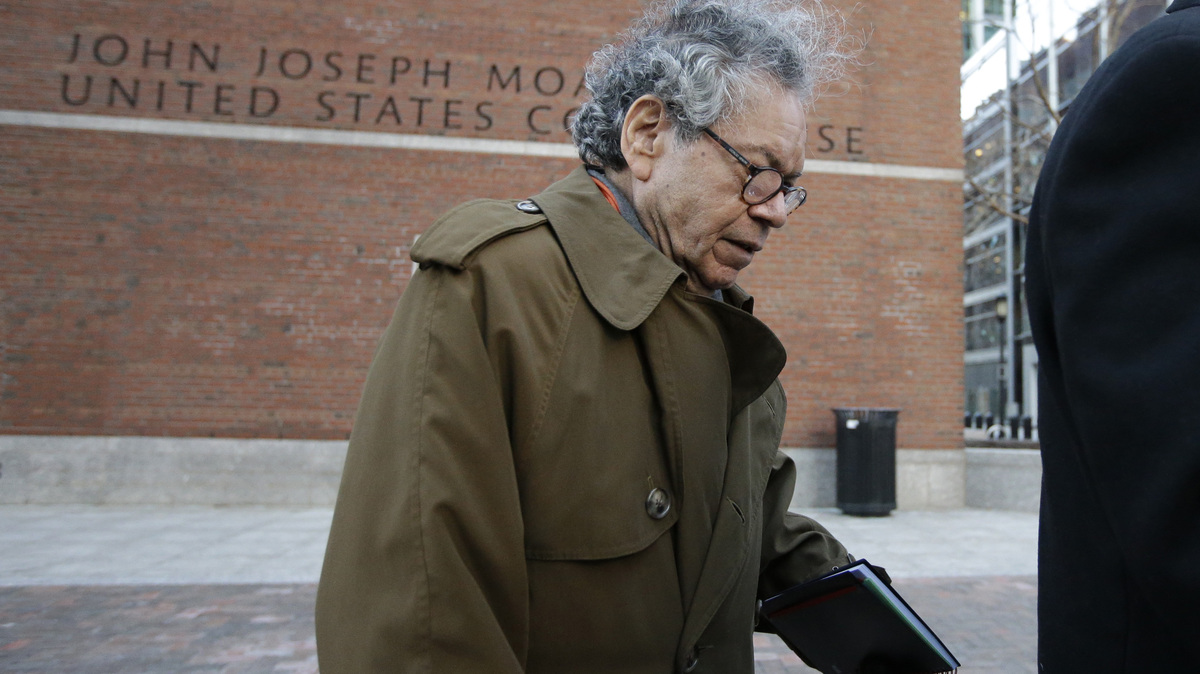 A jury in Boston has found onetime billionaire and drug company executive John Kapoor and his four co-defendants guilty of a racketeering conspiracy. The verdict came Wednesday after 15 days of deliberation.

The federal government accused Kapoor, the founder of Insys Therapeutics, and his co-defendants of running a nationwide bribery scheme. Between 2012 and 2015, Insys allegedly paid doctors to prescribe its potent opioid medication and then lied to insurance companies to ensure that the expensive fentanyl-based painkiller would be covered.

Kapoor is among the highest-ranking pharmaceutical executives to face trial amid a national opioid epidemic. By pursuing this case, the federal government was seen as sending a message that it is holding drug companies accountable for their role in the epidemic.

The guilty verdict could strengthen the cases against other pharmaceutical executives implicated in the opioid crisis.

"Today's convictions mark the first successful prosecution of top pharmaceutical executives for crimes related to the illicit marketing and prescribing of opioids," U.S. Attorney Andrew E. Lelling said in a statement. "Just as we would street-level drug dealers, we will hold pharmaceutical executives responsible for fueling the opioid epidemic by recklessly and illegally distributing these drugs, especially while conspiring to commit racketeering along the way."

"This is a landmark prosecution that vindicated the public's interest in staunching the flow of opioids into our homes and streets," he continued.

Brad Bailey, a criminal defense attorney in Boston and a former federal prosecutor, who has been following this case, said the 10-week trial represented a rare instance in which the federal government used criminal charges to go after corporate executives.

"That's always unusual. That's always an attention grabber," said Bailey. "The big issue is the use of racketeering charges, which had been originally designed to go after the Mafia." By charging Kapoor and his co-defendants with racketeering, Bailey said, the federal government was essentially saying that the practices at Insys Therapeutics resembled organized crime.

While the criminal charges set this case apart, the schemes detailed in this trial mirror the aggressive tactics that other pharmaceutical companies have allegedly used to push the sale of opioids.

Bribes and lies, or an unknowing executive?

Calling 39 witnesses, federal prosecutors argued that Kapoor was motivated by money and willing to put patients' lives at stake to improve his bottom line. They depicted Insys Therapeutics as a struggling company under intense pressure from Kapoor to succeed.

Prosecutors outlined a two-step approach that Insys followed to boost sales of its opioid painkiller, Subsys: first, bribe doctors and, then, lie to insurance companies.

Insys allegedly targeted doctors with a track record of liberally prescribing opioids, inviting them to participate in a "speakers program." According to the government, doctors were paid handsomely even if nobody showed up for the lectures, but only if the doctors wrote a lot of prescriptions for Subsys. Often, prosecutors say, this meant patients who didn't need the medication were prescribed it anyway.

Insys then allegedly set up a call center where drug company employees pretended to be from doctor's offices. Jurors heard phone calls in which Insys employees made up diagnoses to ensure that insurance companies covered Subsys, which can cost tens of thousands of dollars a month.

The defense attorneys for Kapoor and his four co-defendants called only a handful of witnesses. One was a patient who vouched for Subsys, saying it significantly reduced his pain after a car accident. The defense also emphasized Kapoor's personal story, arguing that he was motivated to create Subsys only after seeing his now-deceased wife struggle with severe pain.

However, the crux of the defense's argument was that Kapoor was unaware of the illegal schemes. They blamed several former employees, in particular Alec Burlakoff, the former vice president of sales at Insys. Burlakoff and several other former Insys executives pleaded guilty and testified for the prosecution in the hopes of getting a more lenient sentence. The defense emphasized Burlakoff's history of lying and his hatred of Kapoor, which was captured on tape by federal investigators.

While Kapoor has been on trial in Boston's federal courthouse, the company he founded has been facing financial troubles and management turmoil. Arizona-based Insys Therapeutics said in a statement that "there is substantial risk surrounding our ability to continue ... primarily due to mounting legal costs and uncertain legal settlement exposures."

Last year, the pharmaceutical company agreed to pay at least $150 million to end a Justice Department investigation into the bribery and kickback scheme. The insurance company Aetna, as well as patients, shareholders and state attorneys general, have also sued Insys.

On April 15, Insys replaced its CEO, Saeed Motahari, with the company's chief financial officer, Andrew Long. Since their high point in 2015, Insys shares have tumbled. Bloomberg News reported that shares had fallen 90 percent.

Bailey, the former federal prosecutor, says other pharmaceutical companies may see Insys' woes as a cautionary tale. However, some worry that the trial didn't strike at the root of the opioid crisis.

Leo Beletsky, a professor of law and health sciences at Northeastern University, says, "A lot of what pharmaceutical companies did in the context of the opioid crisis that we are dealing with now was not, in fact, illegal. It was maybe unethical, but it was not illegal."

While bribing doctors to write prescriptions and fabricating diagnoses is illegal, paying physicians to promote products to their peers is a common practice in the pharmaceutical industry. Off-label prescribing is also legal and common, although sales representatives are not technically supposed to advocate for off-label uses of a medication.

Beletsky says by focusing on individuals and their illegal schemes, this trial overlooked broader issues, such as drug companies legally spending billions of dollars to maximize the use of their medications.

For Beletsky, the answer lies in regulation. "We need to think much more deeply about how we regulate the pharmaceutical industry and how we prevent these kinds of practices from occurring in the first place," says Beletsky.

However, experts say, there are currently no major legislative efforts to regulate the pharmaceutical industry. For now, the pushback against marketing strategies that allegedly fueled the opioid crisis remains in the courts.

An earlier version of this story mistakenly said in one sentence that John Kapoor had five co-defendants. He actually had four co-defendants.