Accessibility links
Review: 'Extremely Wicked, Shockingly Evil And Vile' Shows Bundy The Man Zac Efron stars as the serial killer in a film that chooses not to linger on the lurid brutality of his crimes, but to explore the sinister charisma that made them possible. 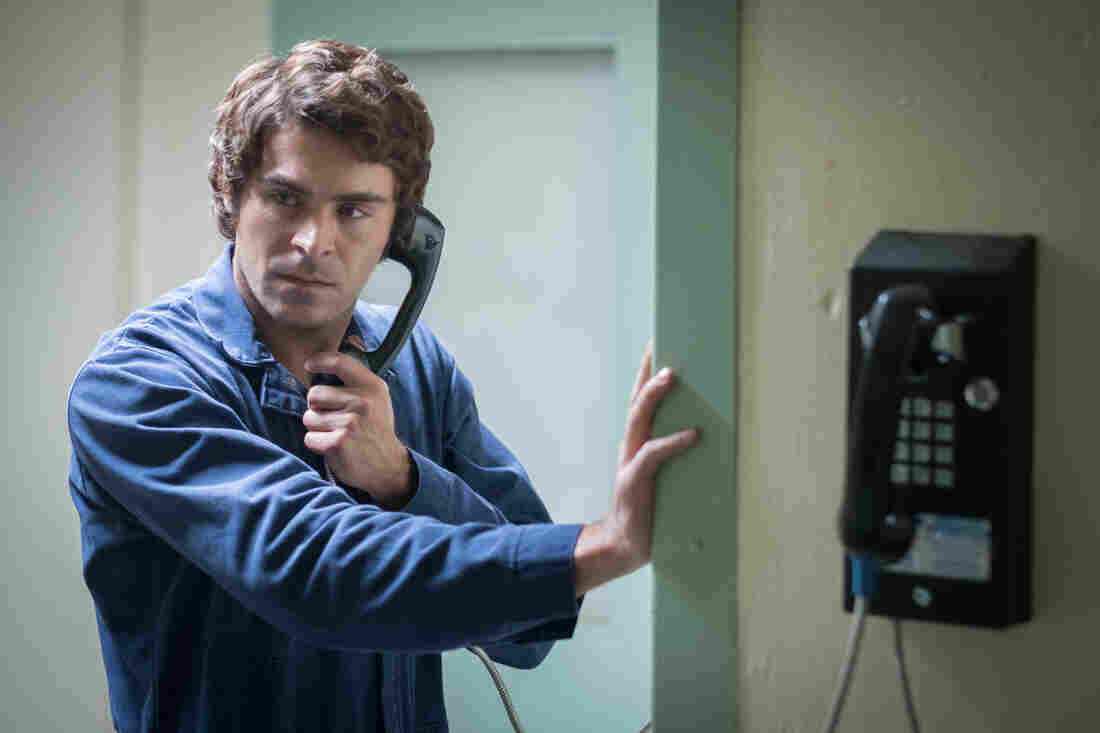 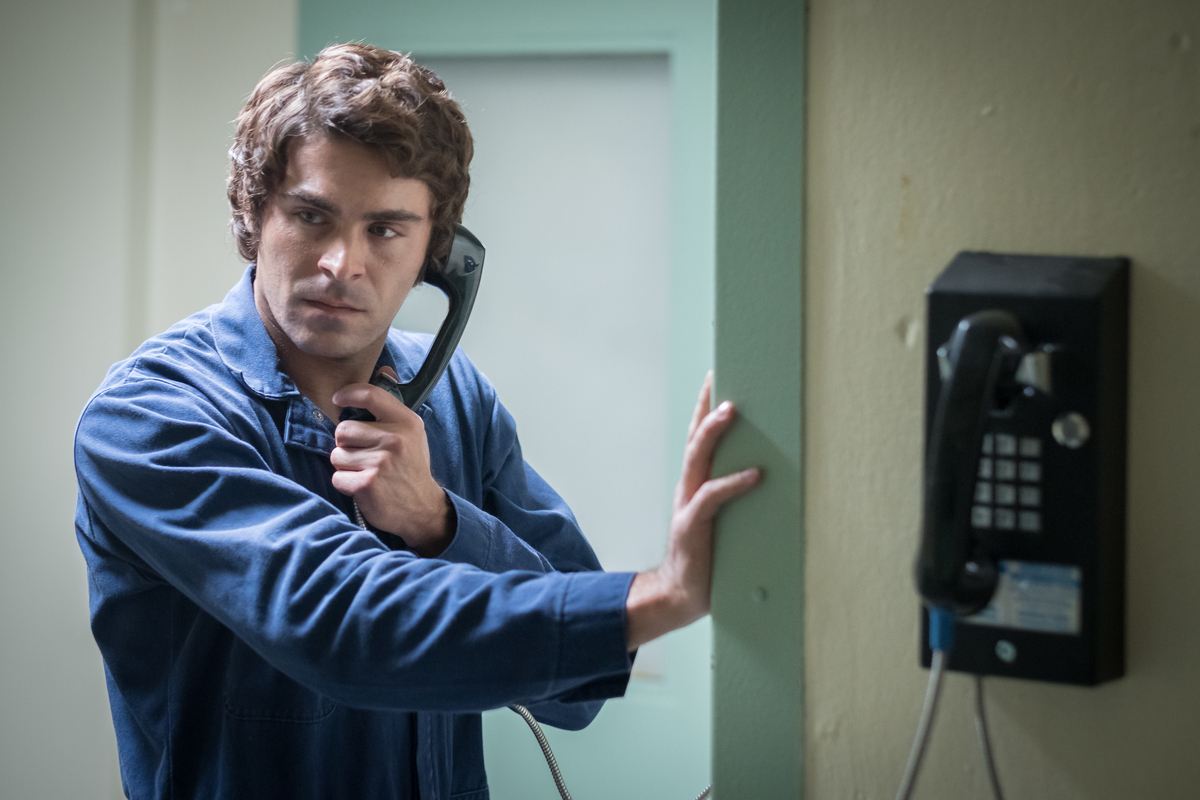 Say you're a filmmaker and you want to make a movie about Ted Bundy, arguably the most notorious serial killer of the 20th century. It's a normal impulse to have. The guy's an irresistible figure to storytellers: pure misogynistic evil who disguised himself for a decade under swashbuckling charm. Sure, maybe it's not the most original idea (again: "most notorious serial killer of the 20th century"), but Bundy existed, he killed somewhere between 30 and 100 young women, and people should remember that. So now, how do you tell them?

Well, you could choose to go the way of so many other serial killer films and dwell on the lurid details of the murders. You might feel an urge to follow Bundy as he assaults, strangles and brutalizes his victims, leading hard into the voyeurism under the guise of just trying to understand this monster.

Or you could go the route of director Joe Berlinger and star/executive producer Zac Efron in Extremely Wicked, Shockingly Evil and Vile, their surprisingly smart and challenging new take on the Bundy story. The film might take its title from the description of Bundy offered by the judge at his sentencing verdict, but it doesn't actually focus on his crimes. Until the film's very end, the only violent act of Bundy's we witness onscreen is when he punches a police officer to escape a traffic stop.

'We Are Your Friends' Gets A Blissful Beat, Sometimes

The film is able to get away with this reading because it's based on the memoir of Bundy's girlfriend Liz (Lily Collins) and follows her perspective. A Seattle single mom, Liz meets Ted (Efron) in a bar; over the next several years, while knowing him only as a law student, she allows him to share her home and play with her young daughter. Bodies keep piling up, the local paper prints a sketch of Ted's face, and detectives start showing up at Liz's door, but she's still willing to believe his explanations, even entertain marrying him, motivated by what the film insinuates is a peculiar cocktail of loneliness, self-pity and alcoholism.

Bundy is really a shrewd role for Efron, he of the pronounced eyebrows, beefcake abs and Disney Channel grin. It takes a guy like him, a former teen idol who hasn't totally shed his boyish qualities, to embody the kind of peculiar hold Bundy had on his partners. Does the film "romanticize" an abhorrent man by allowing Efron to play him as a great lover who'll make his girlfriend's breakfast in the morning? Yes, a little bit, but being a romantic was what allowed Bundy to get away with his evil actions for so long. And that's the side of him most worth interrogating in fiction, certainly more so than the well-established brutality of his crimes.

The film's "romantic" qualities become crucial in its second half, when Bundy stops being Liz's boyfriend and becomes America's. Berlinger uses the media circus of his Florida trial, held just one month after the Supreme Court authorized the use of cameras inside the courtroom, to demonstrate the funhouse spectacle of Bundy's raw charisma. That gets turned up to 11 once Bundy dismisses his attorneys and represents himself, to the delight of the many young women whom we see flock to the trial and hang on his every word. Those include Carole Ann Boone (Kaya Scodelario from the Maze Runner series), an old flame of Bundy's who joins his defense efforts and will eventually marry him while on the witness stand of his trial and father his child while he sits on death row.

These two distinct sections of the film — the first half from Liz's perspective, followed by the trial where she's not present — try to point to the same conclusion, but they don't totally gel together. Evil can manipulate a public in an entirely different way from how it manipulates people in private. Fry Day, Laura Moss' razor-sharp short film set among the crowd that gathered to watch Bundy's execution, was able to parse this difference with more subtlety and menace than Berlinger is able to manage.

But Extremely Wicked is doing something clever nonetheless, maybe best exemplified by a scene of Bundy escaping the courthouse in broad daylight. It's shot with a boisterous kind of thrill, like the famous scene of Hitchcock's Strangers on a Train where we actually root for the evil psychopath to pull a cigarette lighter out of a storm drain. Perspective can be a slippery thing, and hindsight will not save us. Is that guy you see onscreen good or bad, if all you see is him, and not the horrible things you know he has done?