Accessibility links
Review: 'Shadow' Is An Epic Tale of Feudal China The legendary Chinese director Zhang Yimou presents a sweeping quasi-historical tale that allows him to return to the visual and narrative themes for which he is known.

'Shadow': An Epic Tale Of Feudal China That Gradually Shades Into Fantasy

'Shadow': An Epic Tale Of Feudal China That Gradually Shades Into Fantasy 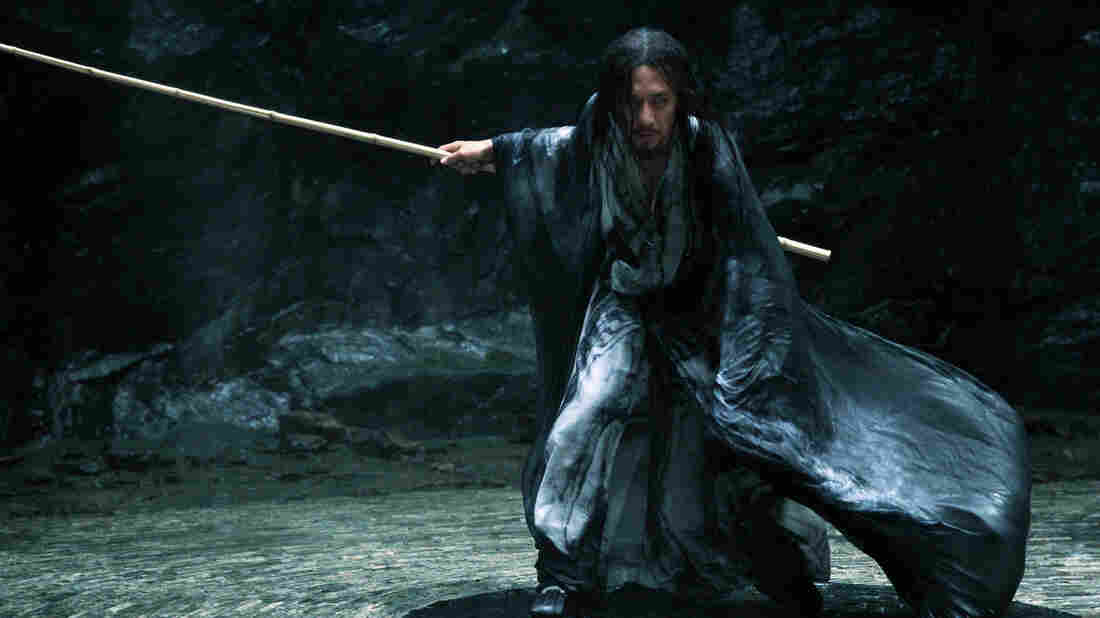 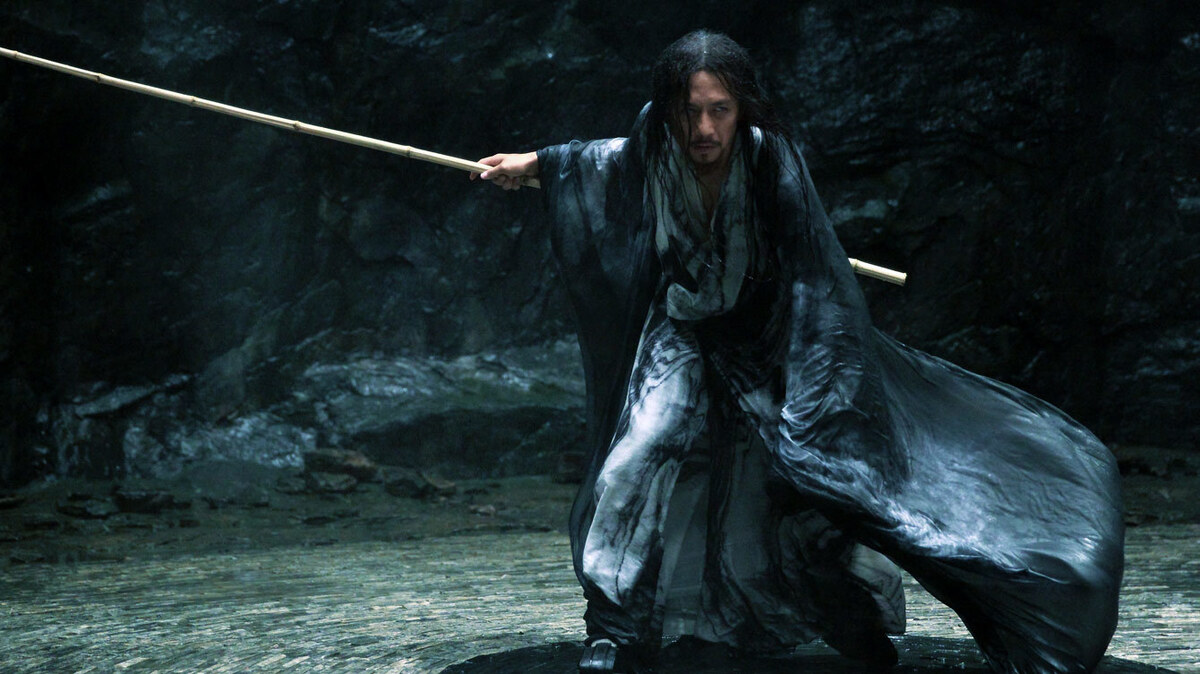 Shadow is the latest from Chinese director Zhang Yimou.

Before taking an unfortunate detour into international co-production with 2017's The Great Wall, Chinese cinematic maestro Zhang Yimou made a semi-autobiographical film called Coming Home. Although it's set almost two millennia earlier, the director's new Shadow could also bear that title. This time, though, the home that beckons is Chinese culture itself.

While Shadow is loosely based on historical events, the story's mythic nature is announced not by the movie's story but by its look. The ravishing costumes and sets are all in black, white, and watery shades of gray, as if they'd been conjured from Chinese calligraphy and ink paintings.

One of Zhang's visual signatures is a billowing sheet of brightly colored cloth, a device that dates to 1990's Ju Dou, set in a fabric dying plant. The closest equivalents in Shadow are seen in the king's receiving chamber, outfitted with more than a dozen large banners. They're emblazoned with black-on-white script, its loose penmanship as traditional as Lao Zai's spare score, composed for venerable Chinese instruments.

In the film's first half, the only bits of color are the characters' pinkish skin and an occasional sprig of gray-green vegetation. Later, of course, there will be blood.

Shadow doesn't rush to battle, unlike such earlier Zhang martial-arts spectaculars as Hero and House of Flying Daggers. The movie spends about an hour sketching the backstory and observing the machinations that will lead to war.

The saga begins in Pei, ruled by an unnamed king (Zheng Kai). Peace with a bordering country is assured by the king's willingness to let the other nation rule the city of Jing, formerly part of Pei. The king even seeks to strengthen the alliance by marrying his strong-willed, also unnamed sister (Guan Xiaotong) to the son (Leo Wu) of the rival land's General Yang (Hu Jun). The princess doesn't like the idea.

Neither does Pei's war-hero military commander, Yu (a bearded Deng Chao). Yu was seriously wounded in a showdown with Yang, and may be dying. Almost no one at court knows that, because Yang has replaced himself with a double (also Deng, clean-shaven in this incarnation). The "shadow" is known privately as Jing, after the city where he was born, and which he hopes to liberate.

The only other person aware of the switch is Yu's wife (Sun Li), who's become perhaps too fond of the impostor. But the king is suspicious, especially after the shadow returns from meeting Yang with the alarming news that the general has agreed to a one-on-one duel whose prize is the city of Jing.

This setup seems plausibly historical, although it's played out on fanciful sets. The immense subterranean chamber where Yu trains Jing in combat tactics has a large tai-chi (or yin-yang) symbol embedded in its mosaic floor — not the last time the circular emblem will feature prominently.

When Jing goes to fight Yang, the movie shifts toward fantasy. While perpetual rain offers a reasonable pretext for the nearly monochromatic color scheme, the action scenes feature wildly stylized choreography and such improbable weapons as umbrellas made of multiple swords. As the conflict expands beyond Jing and Yang, Pei's princess assumes a part that's stirring but outlandish.

Zhang, known for the feminism of his earlier films, doesn't give the women central roles, but he does offer some playful tweaks of masculinity. The tai-chi symbol expresses the unity of supposed opposites, including male and female. Shadow doesn't achieve that, but it does harmonize contrary impulses much more deftly than The Great Wall balanced Beijing and Hollywood.