Accessibility links
Nazi-Looted Painting To Stay In Museum; Jewish Family Loses Battle To Recover It The Spanish museum that purchased the artwork didn't know it was stolen. Under Spanish law, it belongs to the museum, the judge said. 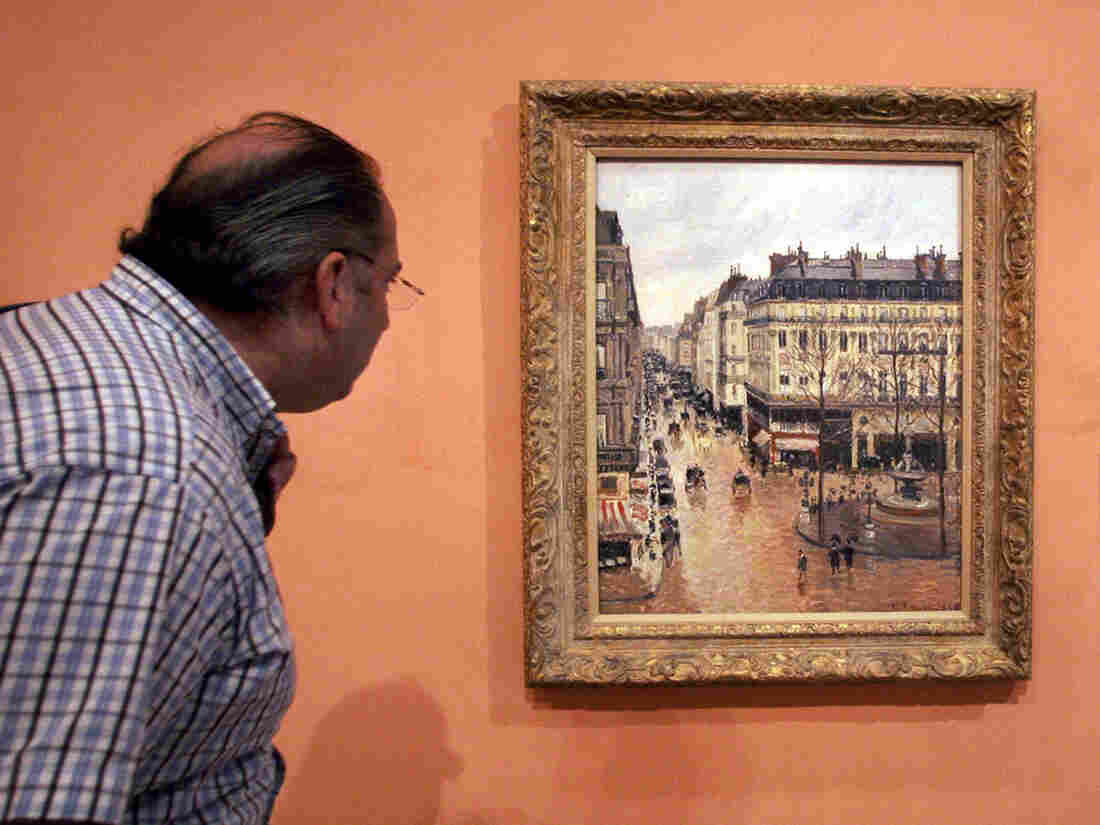 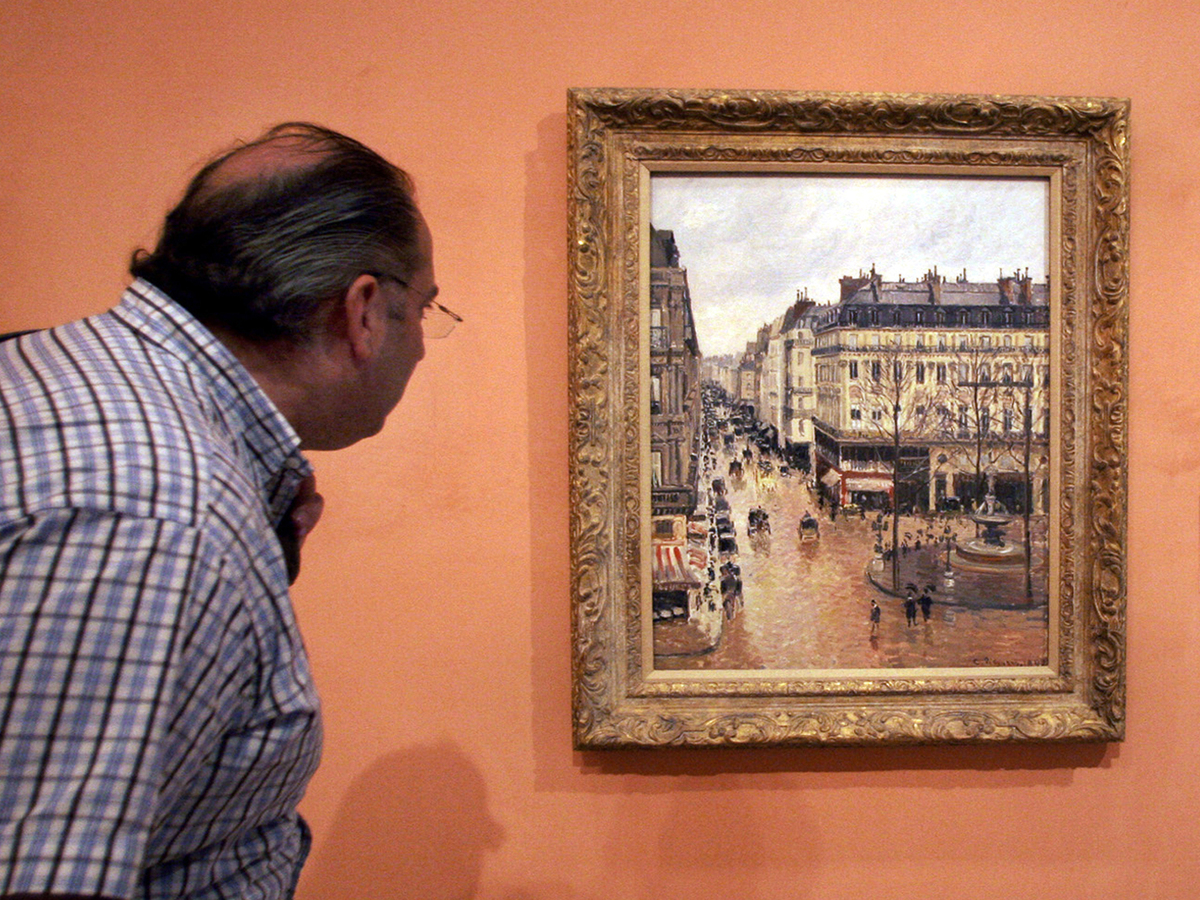 A visitor in 2005 views the impressionist painting called Rue St.-Honore, Apres-Midi, Effet de Pluie, painted in 1897 by Camille Pissarro, on display in the Thyssen-Bornemisza Museum in Madrid.

A Jewish family has lost a 15-year legal battle to recover a painting stolen by Nazis during World War II.

An 1897 impressionist work by Camille Pissarro, Rue Saint-Honoré, Après-midi, Effet de Pluie, depicting a rain-covered Paris street, had been in the family since 1900. But when Fritz and Lilly Cassirer decided to flee Nazi Germany in 1939, the government had a condition: If they wanted a visa to leave the country, they needed to hand over the oil painting in exchange for about $360 — well below the painting's value.

The family traded the painting for freedom. Lilly Cassirer was never able to access the money, which was in a blocked account. She spent years trying to find the painting before she died in 1962.

The family never saw the painting again — until, in 1999, a friend of Lilly Cassirer's grandson Claude Cassirer found it hanging in a Madrid museum. Thus began a decades-long quest to retrieve the painting, now valued in the tens of millions of dollars.

This week, with the ruling of a federal judge in Los Angeles, that quest has come to an end. The painting passed through so many hands between the Nazis and the Thyssen-Bornemisza Collection, the judge said, that there's no way the museum could have known it was stolen — nor any reason to be suspect of its lineage. 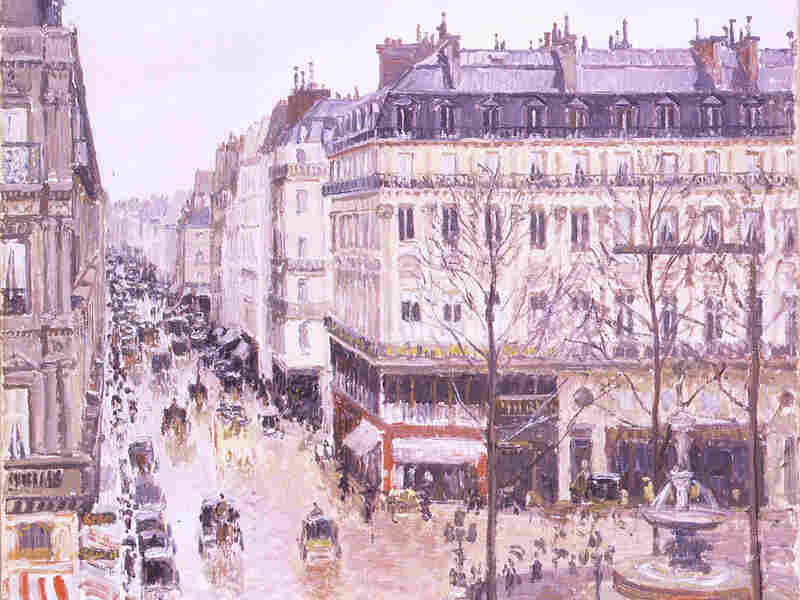 In this photo released by the Thyssen-Bornemisza Museum in 2006, the impressionist masterpiece Rue St.-Honore, Apres-Midi, Effet de Pluie, a Parisian street scene painted by Camille Pissarro in 1897, is seen. AP hide caption 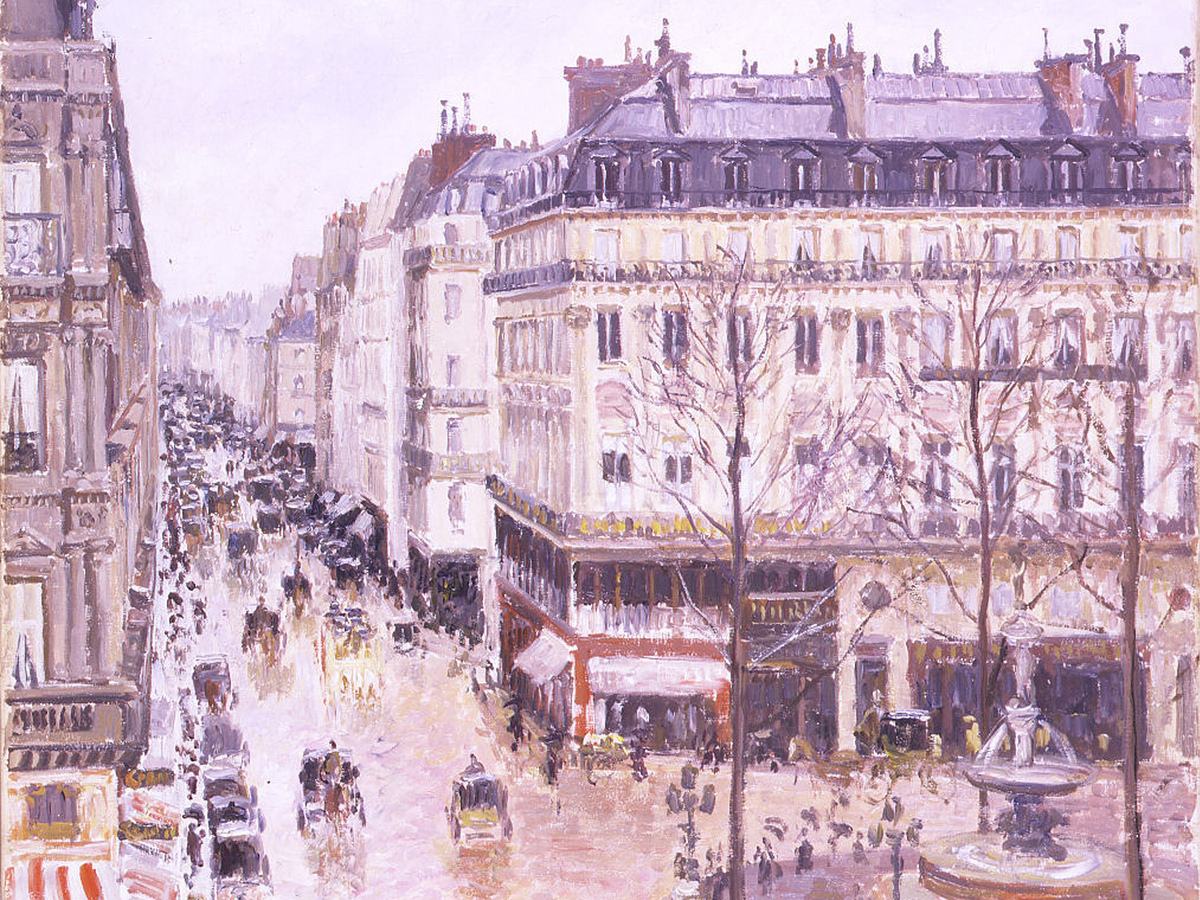 In this photo released by the Thyssen-Bornemisza Museum in 2006, the impressionist masterpiece Rue St.-Honore, Apres-Midi, Effet de Pluie, a Parisian street scene painted by Camille Pissarro in 1897, is seen.

Under California law, that "good faith" intent wouldn't have saved the museum; "thieves cannot pass good title to anyone, including a good faith purchaser," Judge John Walter wrote. In other words, if a thief steals a painting, an unwitting buyer can never legally possess it if the original owner comes calling.

However, he continued, California law doesn't apply here. "The Court must apply Spanish law. And, under Spanish law, [the museum] is the lawful owner of the Painting."

Under Spanish law, a museum or collector can keep artwork it purchased without realizing it was stolen, the BBC reports.

The Kingdom of Spain, which owns the museum, did recognize there was a risk that "a small number of paintings could have a title issue," the judge wrote. But recognizing a minor risk is not the same thing as "willful blindness," he said — a legal concept in which someone tries to avoid blame by intentionally remaining ignorant.

Spain, along with dozens of other countries, agreed in 2009 that art confiscated by the Nazis should be returned to the victim's heirs. "It is undisputed that the Nazis stole the Painting from Lilly," the judge wrote, adding that the Spanish position was "inconsistent" with the principles of the international agreement.

But while Spain might have a moral obligation to return the painting, the court "cannot force the Kingdom of Spain or TBC to comply with its moral commitments," the judge said.

The museum's U.S. attorney, Thaddeus Stauber, told The Associated Press the legal fight is likely at an end now. "The court conducted, and we conducted, what the appellate court asked us to, which was a full trial on the merits," he said. "We now have a decision on the lawful owner and that should put an end to it." 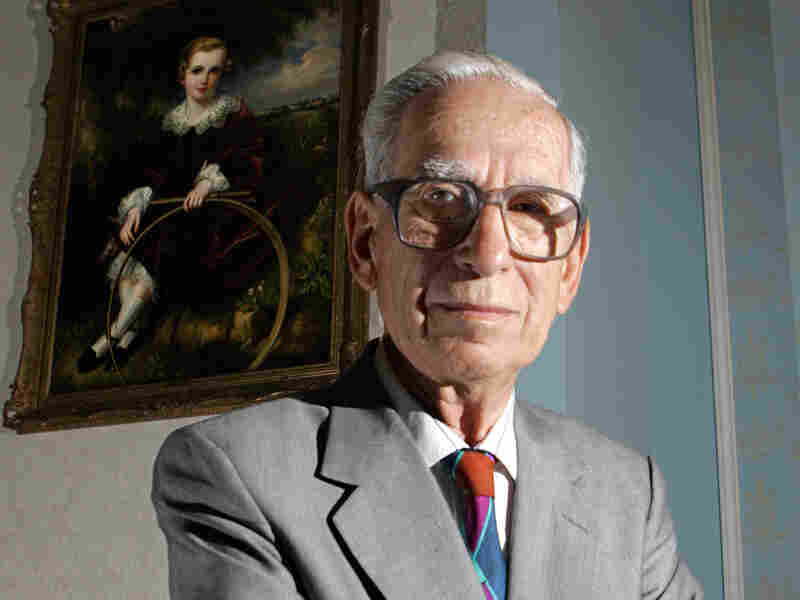 Claude Cassirer of San Diego poses in the entrance to his condominium in 2005. Cassirer died in 2010. Mark Duncan/AP hide caption 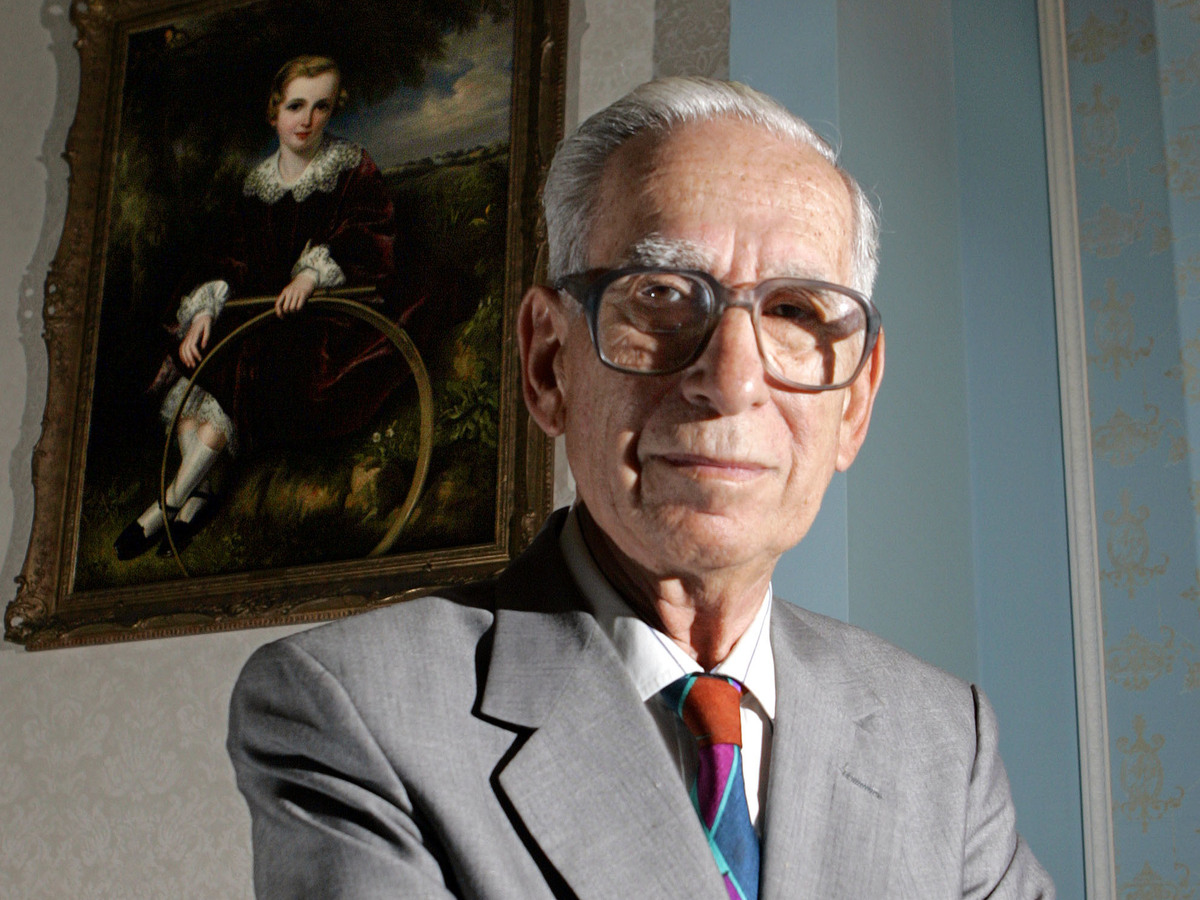 Claude Cassirer of San Diego poses in the entrance to his condominium in 2005. Cassirer died in 2010.

In an information page on its website, the museum said the Spanish government had "commissioned the most prestigious international legal advisors to conduct a due diligence investigation" into the legitimacy of the painting's ownership. The museum also pointed out that the Cassirer family did receive financial compensation from the German government in the 1950s for the estimated market value of the artwork — about $13,000.

The family's attorney, Steve Zack, told the Los Angeles Times he doesn't agree with the ruling. "We respectfully disagree that the court cannot force the Kingdom of Spain to comply with its moral commitments," he said.

"They have been most unfriendly, not cooperative in any way," Claude Cassirer said of the Spanish government in 2010. He died later that year.