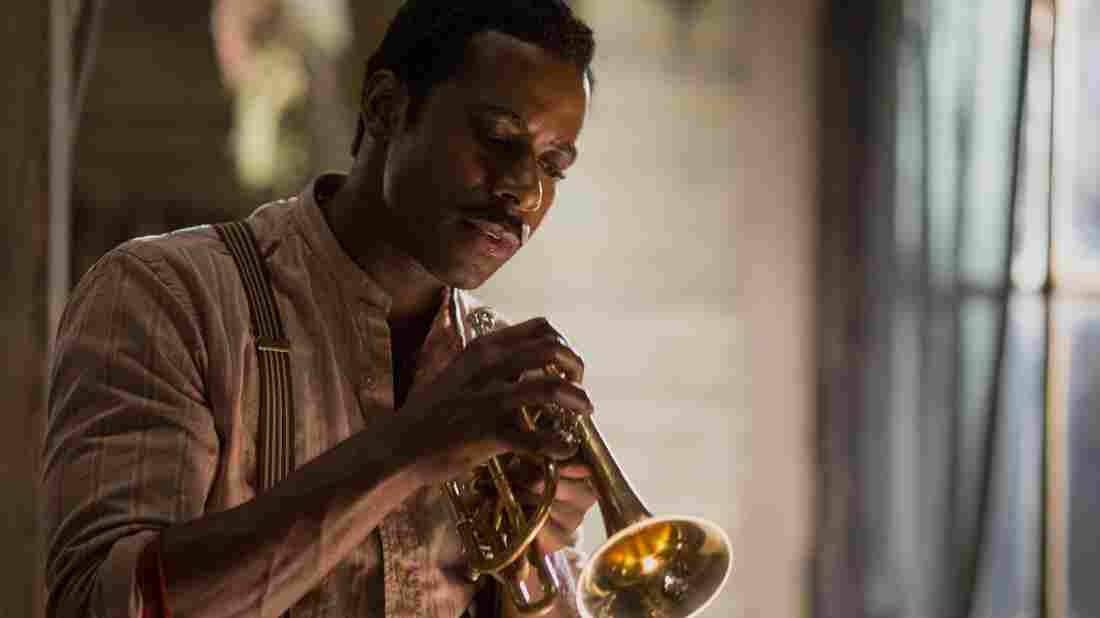 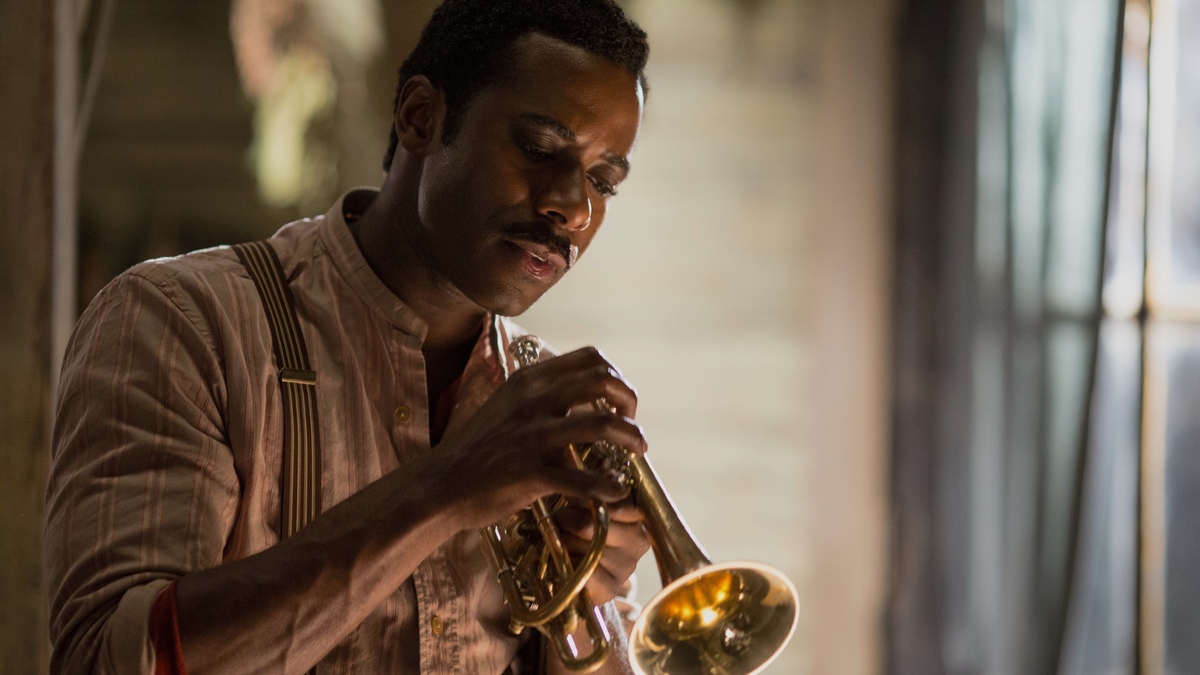 Gary Carr stars as Charles "Buddy" Bolden in the jazz biopic Bolden: Where The Music Began, in theaters Friday.

As much as jazz could possibly have an inventor, that person would be Charles "Buddy" Bolden. But although he is celebrated as a seminal figure in jazz at the turn of the 20th century, very little is actually known about the African-American cornetist and composer's life. There are no existing recordings of Bolden, who spent more than 20 years in an asylum before his death in 1931.

So, how do you write music for a musician you've never heard? You enlist Wynton Marsalis, one of jazz's most decorated composers and performers. Marsalis' proven track record made him the right man for the job of creating and playing the music for Bolden: Where The Music Began, the jazz biopic in theaters May 3 about the New Orleans cornet player.

Much of the plot of the film comes from urban legends surrounding Bolden. It was the task of Marsalis to create music that would live up to these stories. One scene early in the film is set at a picnic. Buddy and his manager soar high above a public park in a hot air balloon and, at his manager's urging, Buddy jumps and plummets out of the balloon toward the picnickers. But as soon as his parachute opens, Bolden lifts his cornet to his lips and blows, drawing attention away from the ensemble playing on the bandstand.

"It didn't happen in real life, but I'm sure it's something that a manager would suggest," Marsalis says. "However, the dynamics at a picnic are accurate. It was John Robichaux's orchestra. He was a bandleader at that time and a rival of Buddy Bolden's."

Before Bolden dropped in, Robichaux's orchestra had been playing American standards. "They played with a great deal of feeling. It's just they did not improvise and Buddy Bolden represents the kind of wild, free spirit in which he did represent an entire new way of playing music," Marsalis notes.

Bolden and his band overtake Robichaux's orchestra, and put on an invigorating show, employing the call-and-response elements now well-known in jazz. Marsalis made sure to have the two competing songs in this scene speak to each other.

"I have respect for Robichaux's way of playing," he says. "I just think that the improvisation was too much. It was such a new thing and Buddy Bolden himself was such a magnetic personality and genius as a musician that when you heard his sound it was overwhelming. It was so danceable and infectious that Robichaux, his style couldn't compete with Buddy's style."

It was Bolden's improvisation and outrageous sense of showmanship that set Bolden apart from any other musician at the time. "Buddy Bolden was like Prometheus," Marsalis says. "He was bringing fire! And he also synthesized the styles that existed at that time. He could play sweet on a waltz. He could play pretty melodies, but he could also holler and shout like a sister in church." 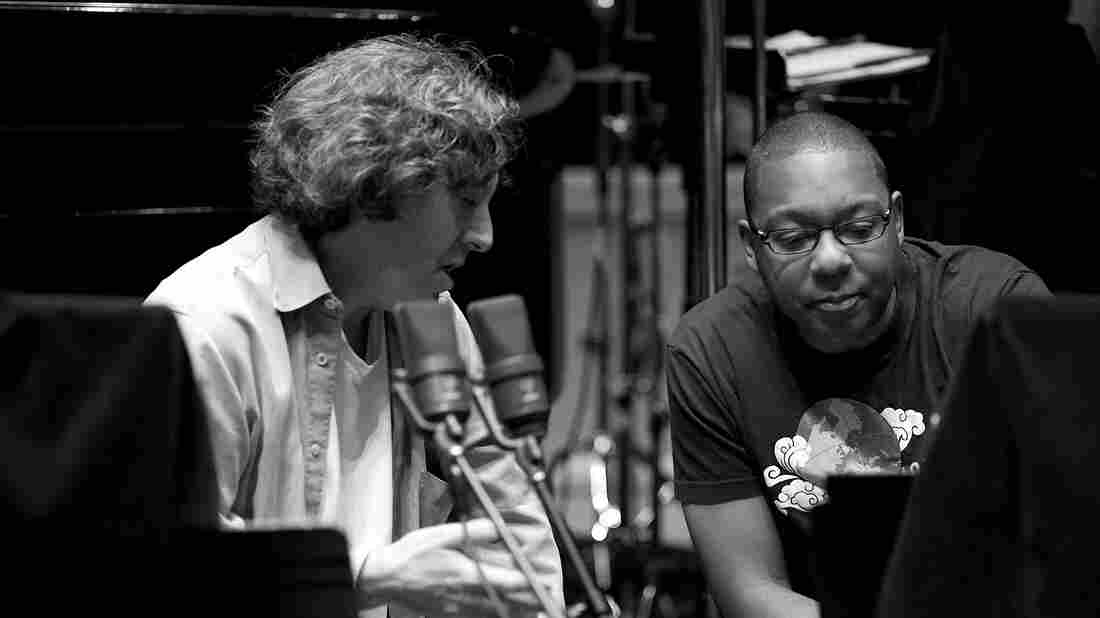 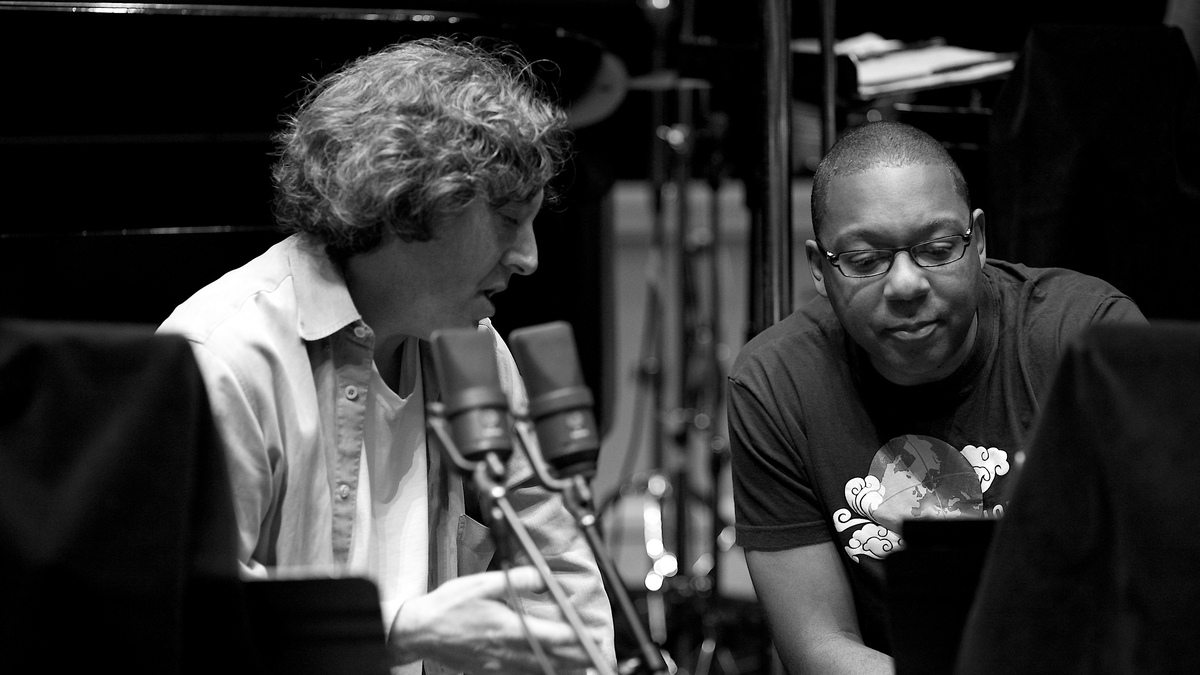 In order to imagine this signature sound, Marsalis says he first had to make some assumptions about how good Bolden was — "He was called King Bolden" — and secondly, he had to make a composite sound based on three horn players who were influenced by Bolden and were recorded in their own lifetimes. Those three successors were Freddie Keppard, who played in a ragtime style, Bunk Johnson, who played with a smokey sound and a very straight lead, and King Oliver, who Marsalis says played with dignity "but also create a lot of vocal sounds."

"I put those three styles together and I figured, 'OK, these three musicians were all influenced by Buddy Bolden, so they took an aspect of Bolden's personality to construct their playing. So, Bolden could play better than all three of them,'" Marsalis says.

When it came to playing like Bolden, Marsalis says he would try to embody how he imagined Bolden played: Energetic, authoritative and definitive. Marsalis would often hold a note to the end of his breath and play strong leads. "I tried to just take the kind of extremes I feel that he probably played with."

In the film, Bolden enjoyed a meteoric rise and at one point, was performing every night. Marsalis notes that fans often said Bolden played as if his heart was breaking. "He was the type of musician whose sound had the depth of human feeling that touched listeners and they didn't forget that sound. That sound put a healing on them," Marsalis says.

Bolden arrives in theaters on Friday. Marsalis spoke with NPR's Audie Cornish about the obstacles Bolden had to overcome in jazz and in life and why his legacy is not more widely known. Hear their conversation at the audio link.

Producer Sarah Handel edited this story for the radio. Web editor Sidney Madden contributed to the digital version of this story.