Accessibility links
Opinion: Here's Why ISIS And Al-Qaida Will Lose Their War Of Attrition "America sees this as an existential fight," writes former CIA analyst Aki Peritz, who argues in this case, the classic insurgent strategy of bleeding a better-resourced adversary is doomed to fail.

Opinion: Here's Why ISIS And Al-Qaida Will Lose Their War Of Attrition

Opinion: Here's Why ISIS And Al-Qaida Will Lose Their War Of Attrition 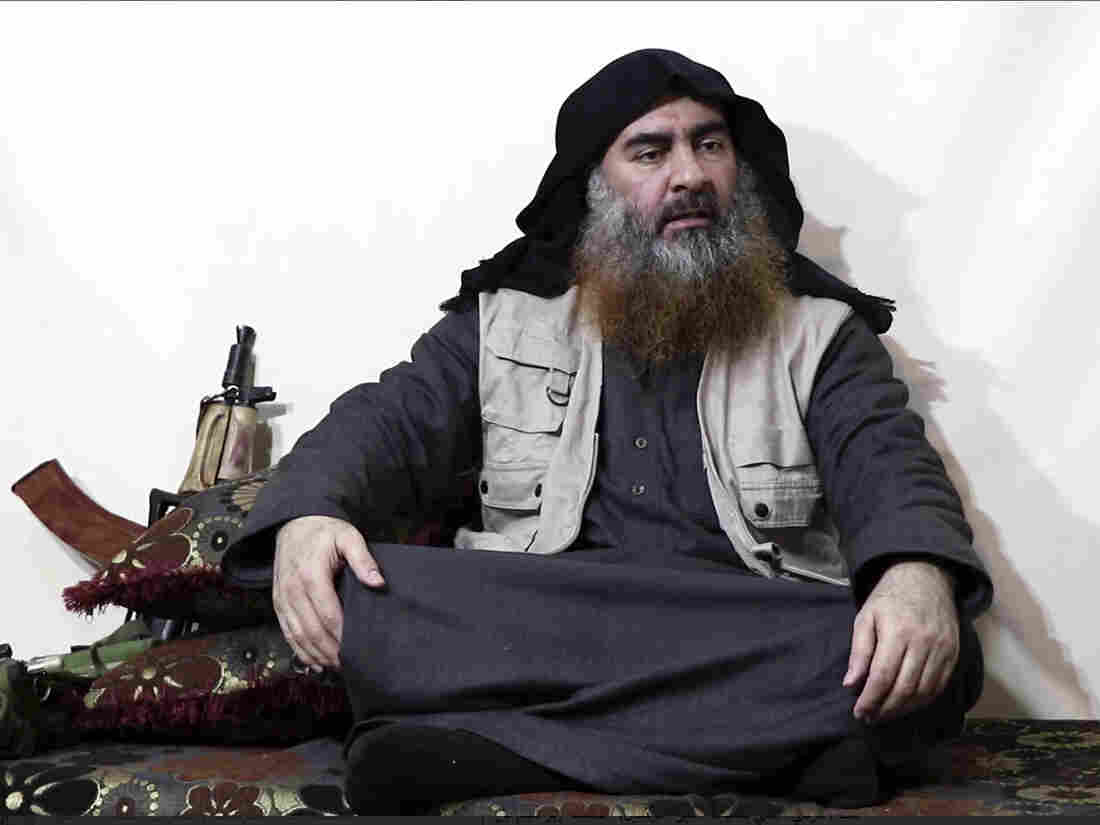 This image made from video posted on a militant website on April 29 purports to show ISIS leader Abu Bakr al-Baghdadi, being interviewed by his group's Al-Furqan media outlet. Al-Furqan media via AP hide caption 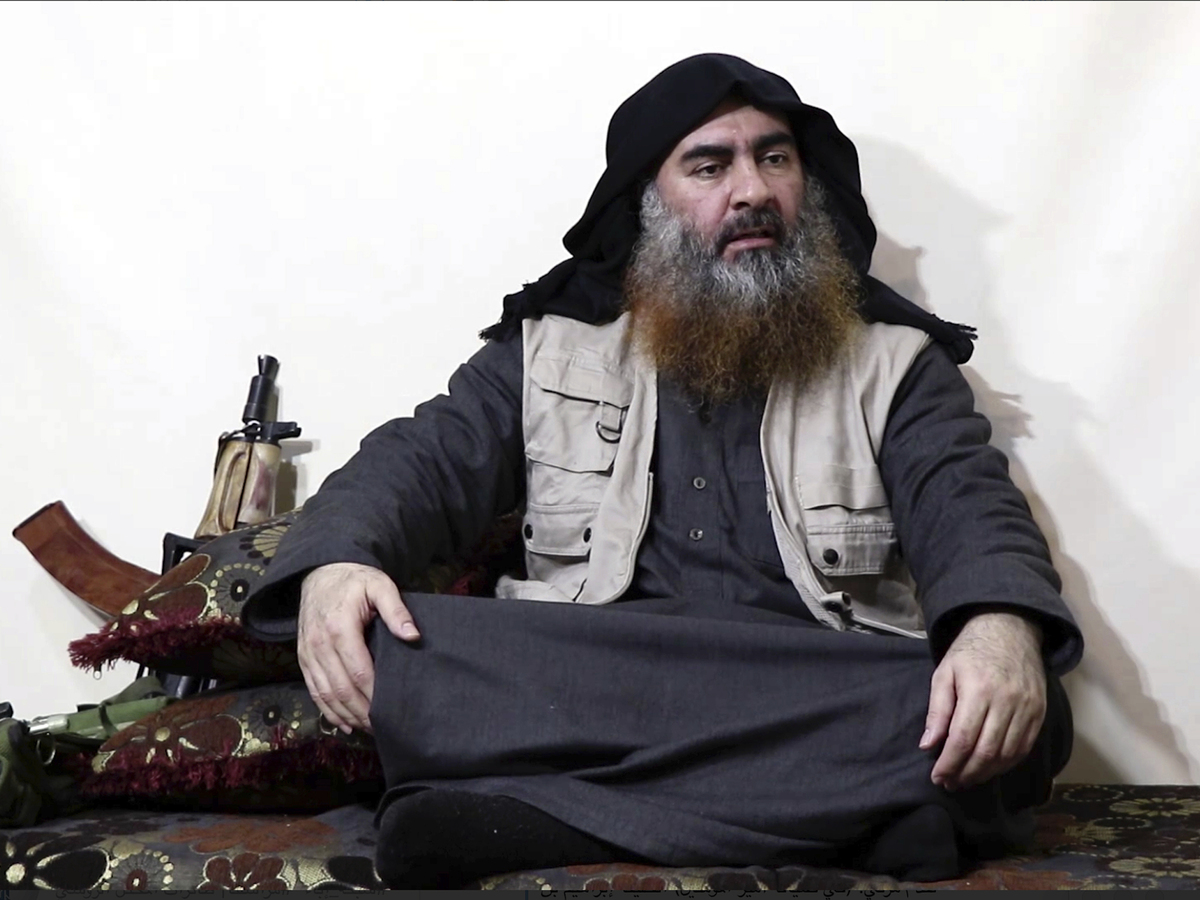 This image made from video posted on a militant website on April 29 purports to show ISIS leader Abu Bakr al-Baghdadi, being interviewed by his group's Al-Furqan media outlet.

Aki Peritz (@AkiPeritz) is a former CIA analyst and co-author of Find, Fix, Finish: Inside the Counterterrorism Campaigns that Killed bin Laden and Devastated Al Qaeda.

The Islamic State may be on the ropes, but is certainly not defeated. In an exceedingly rare video that came to light this week, its leader, Abu Bakr al-Baghdadi, shows his face and renews his call for jihad against the terrorist group's adversaries by calling for, among other efforts, a "battle of attrition."

This is a classic insurgent strategy of bleeding a better-resourced adversary using a blend of regular and irregular forces to harass and degrade. Over time, the theory goes, the enemy becomes exhausted, frustrated, and loses the will to fight. It's "winning by not losing" or "the war of the flea." George Washington employed this strategy to varying degrees; Mao Zedong and others codified it; Gen. Vo Nguyen Giap deployed it against U.S. forces in Vietnam. Today, the Taliban use it against allied forces in Afghanistan.

But the Islamic State's and al-Qaida's strategy is likely doomed to fail. Why? Because the U.S. has shown itself willing to expend essentially infinite resources on warring with these terrorist groups. The Stimson Center in 2018 indicated the U.S. spent 16% of its discretionary budget on broadly defined counterterrorism efforts and war-fighting — some $2.8 trillion between fiscal years 2002 and 2017. America sees this as an existential fight, a battle to the death, which strengthens its resolve to wage this battle for the foreseeable future.

It's going to be a long fight. Al-Qaida and its subordinate groups — the Islamic State is the direct successor to al-Qaida's Iraq franchise — have shown remarkable capacity to rebound from devastating blows. "Success" may ultimately be unhappily defined as keeping these groups off-balance, unable to carry out their gruesome attacks against the U.S. and its allies. As unsatisfying as this may sound, defeating an ideology requires more than bullets and bombs.

Trying to bankrupt the U.S. has been a longtime strategy of al-Qaida and its terrorist franchises. Back in 2004, Osama bin Laden released a statement saying, "We are continuing this policy in bleeding America to the point of bankruptcy." Referring to the Soviet war in Afghanistan, he said, "We, alongside the mujahedeen, bled Russia for 10 years until it went bankrupt and was forced to withdraw in defeat."

Al-Qaida's Yemen-based franchise called for an "Operation Hemorrhage," following its unsuccessful effort in 2010 to destroy a cargo plane midflight. In its now defunct English-language e-zine Inspire, the group noted it cost the U.S. and its allies tens of millions to stop the plot, but the terrorist group's own expenses were minimal: "Two Nokia phones, $150 each, two HP printers, $300 each, plus shipping, transportation and other miscellaneous expenses add up to a total bill of $4,200."

A senior al-Qaida ideologue, Abu Musab al-Suri, has argued that continuous small-scale attacks would lead to jihadist success. The Islamic State in Libya is currently waging a war of attrition against its foes in that multisided conflict. The North African affiliate and its allies are waging a similar conflict in Mali.

Attacking civilian targets steels populations and policymakers and causes them to continue to fight against such attacks. Mass murder in Paris; Istanbul; Berlin; Barcelona, Spain; New York City; Colombo, Sri Lanka; and elsewhere, and the attendant saturated media coverage, all have a clarifying effect on public opinion, and policymakers will continue to take a hard-nosed stance on Islamist terrorism. Every successful terrorist atrocity reminds the world that these groups are out there, that they are fundamentally unwilling to compromise and hence need to be destroyed.

Across the political spectrum, American politicians agree that crushing these groups remains critical to U.S. national security. To wit: President Trump routinely brags about the "100 percent" defeat of ISIS on his watch, despite evidence to the contrary. Bernie Sanders in 2016 called the Islamic State a "barbaric organization. ... It has to be destroyed." Sen. Elizabeth Warren in 2014 said it was America's "No. 1 priority" to destroy the Islamic State. Former Vice President Joe Biden took that up a notch, declaring, "We will follow them to the gates of hell!"

America's public resolve remains strong in this regard. Americans view the fight with these discrete terrorist groups as critical — upwards of 70% of Americans believe fighting terrorism is a top priority, according to the last 17 Pew surveys dating to 2002.

But it's really a specific type of terrorist group that America and Americans are willing to battle endlessly — the one that attacked us here, inside our country. Al-Qaida and its offshoots such as the Islamic State that "inspire" people to kill here — think of the 2015 San Bernardino attack, the 2016 Pulse massacre, and the 2017 New York City truck rampage — fit this bill.

The U.S. doesn't consider other formally designated Foreign Terrorist Organizations to be remotely on par with ISIS, al-Qaida or their affiliates. Does it strike with similar, sustained vengeance against Hamas, Continuity Irish Republican Army, Kahane Chai, ETA or any other groups on the foreign terrorist list? No. But those groups didn't attack within the United States.

Consider an alternative history in which al-Qaida had decided not to pursue a strategy of attacking the U.S. or had merely focused on striking weaker nation-states lacking the massive capacity for a counterstrike. Or what if it had limited its attacks to U.S. embassies and military targets? Without the attacks of Sept. 11, 2001, would the U.S. have embarked on a military campaign to uproot the group and its Taliban hosts? Of course not. Bin Laden and his confederates would likely be living publicly and unmolested in Afghanistan today. But that is not the strategy al-Qaida pursued.

This week, Baghdadi's video and its wide dissemination showed that ISIS retains some degree of its propaganda capacity, a capability for tremendous violence and a general blueprint for the future. It also shows that, despite extreme, years-long pressure placed on the group, the U.S. and allied forces have been so far unable to kill or capture its leader. Last month's attacks in Sri Lanka and the Democratic Republic of Congo show the group retains the ability to strike far from its havens in the Middle East.

Meanwhile, the U.S. has just sent two of its most advanced fighter jet, the F-35A, into combat for the first time to bomb an Islamic State tunnel system in Iraq. Deploying this kind of expensive weapon to destroy a modest earthen network is exactly the type of misapplication of financial resources that the Islamic State and al-Qaida want, to bankrupt the U.S.

But this is where the war of the terrorist flea falls short. The U.S. is willing to expend whatever resources necessary to destroy these groups. The alternative — that these organizations will gleefully spill innocent blood on our streets — is something the American public will not tolerate, and American politicians ignore at their peril. The final success at the end of this war of attrition would be seeing these adversaries crushed, their leadership either in prison or in the ground.